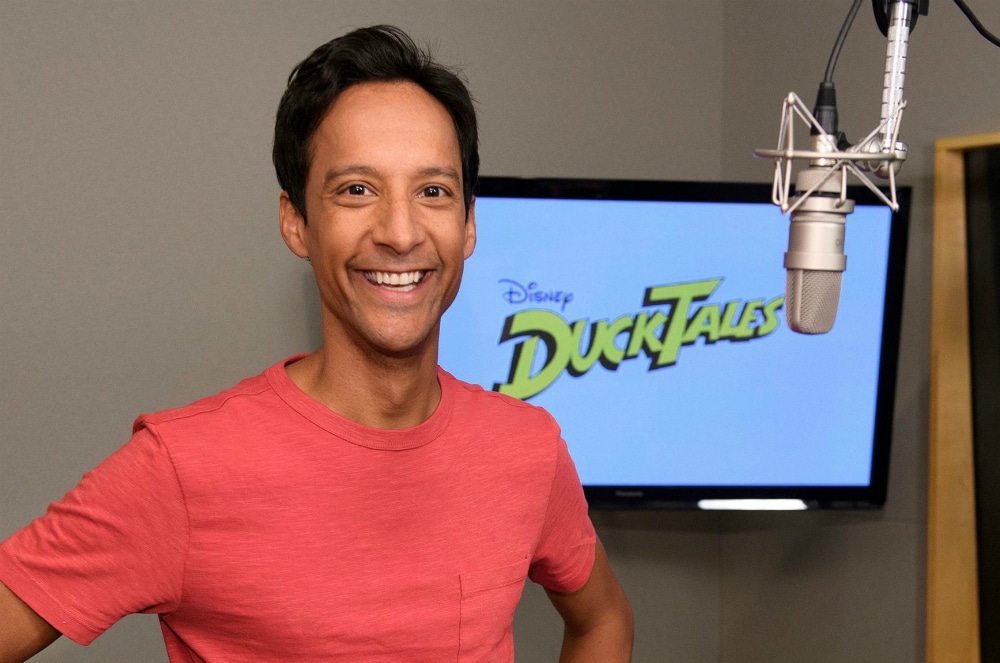 We were obviously stoked when we heard that we’d have the opportunity to speak with Danny Pudi following the launch of DuckTales season one on Disney Channel Canada (a brand new episode premieres every Friday starting today). We’ve been fans of Pudi from his days on Community (and we somehow resisted asking a Donald Glover question), but from what we understand, Pudi is a dream with whom to work because he makes everyone around him better and he’s funny as hell. He had attended a screening of his former Community co-star Gillian Jacobs’ Ibiza the night before, but still brought a lot of energy to an early morning interview.

Here is an edited and condensed version of our interview with the hilarious Danny Pudi.

Brief Take: Every time someone says “DuckTales” do you automatically say “woo!” afterwards?

Danny Pudi: You know even after you said it, I had to hold in a “woo!”. I’m trying to maintain the power of the “woo hoo” and if I say it so many times it loses some of the edge. For me, it’s hard not to say it. [laughs]

BT: Do you get to do all of your line readings with Ben Schwartz?

DP: Ben and I have done a couple actually. We used to do a few more but then I think they realized that it’s a colossal waste of time because Ben and I would sing R&B hits from the ’90s and Missy Elliott and they’d say, “we actually have to do a show here”. [laughs] They don’t need two guys spending hours trying to figure out two person harmonies. I did get to meet Bobby Moynihan for the very first time when he was doing a recording. The three of us got together and did one episode together this year and that was awesome. For the most part we’re alone, until playback lines that other people have recorded and that’s what we react to. I think all of us met for the first time at Comic-Con last year. I got to meet David Tennant and that was a dream. I had worked with Kate Micucci before and she was the only person that I had really known.

But this cast is phenomenal. Whenever I read a script I imagine how they’ll read their lines. The show is written so well, it’s so sharp and super funny. I actually do enjoy reading every script. They did a good job of maintaining the spirit of the original show while also bringing this Modern Family-esque comedy. It’s very clever. I think by bringing in all of these great actors, everyone brings their own take to it. For me, I’ve auditioned for a lot of TV shows and this was my first voiceover role that I actually got. I think they did a really good job of trying to find the right people and I think the show really works. A lot of the credit goes to Francisco Angones and Matt Youngberg for really doing a great job of really going for the nostalgia in all of us. We’re all such huge fans of the show, I know I was. Myself and my siblings couldn’t wait for the show in the afternoons. At the same time it also feels modern and fast and quippy and fun. 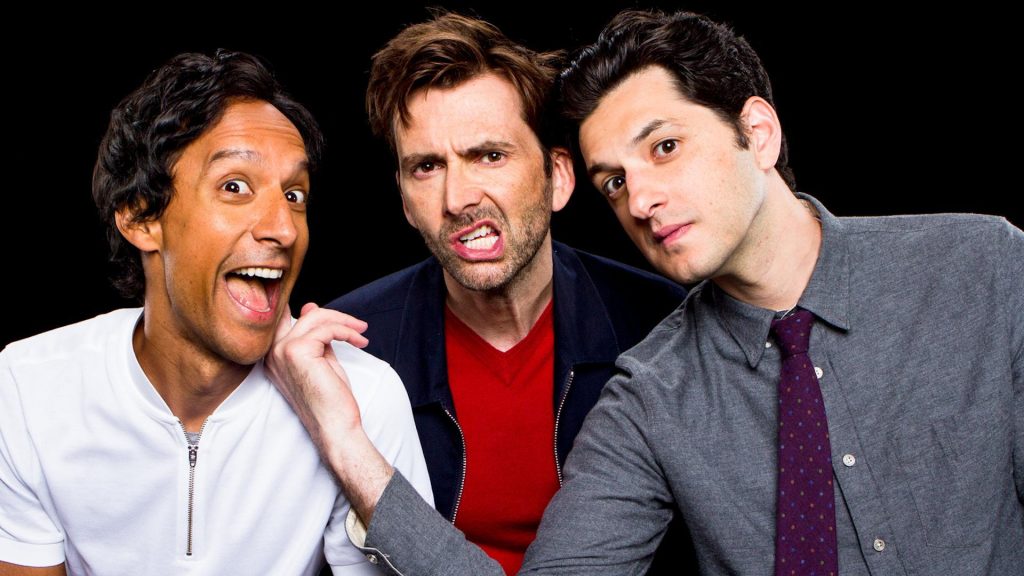 BT: I grew up watching it as well and this version is really for every generation.

DP: It really is. I’ve been able to watch the show with my kids for the first time so it’s a chance for me to gain some respect in their eyes. [laughs] It’s the first show that I’ve been able to relate to my children with. They get some street cred with kids on the playground at school. I don’t have to explain any strange things to them like I will have to eventually with Community. I was asking them for their favourite moments from shows that we’ve watched and one of them mentioned the episode where we’re making fun of Louie for being Captain Lost and it’s an episode where it’s an exploration of who these characters are and Webbi is being folded into the family. Kate is so funny and I just love Webbi so much in this version and how spirited and how, in some ways her and Huey butt heads in the best way. In that episode we’re doing this thing where we’re yelling “Captain Lost”multiple times and it’s this weird in-joke with Huey, Dewey and Louie where we’re going [chanting] “Captain Lost! Captain Lost” and we try to explain the joke and no one gets it and it’s like “you had to be there”. [laughs] It’s one of those things where my kids weren’t laughing at it and I had to explain that it’s a code or short hand amongst family and it’s just funny because it’s with family. There’s moments like that that I just love.

BT: Speaking of the cast, we finally get to see Gizmo Duck [voiced by Lin-Manuel Miranda].

DP: Yes. Yes! I mean there’s so much that I’m excited about. It’s just such a great voice cast. My kids want to go and just watch in the booth but I don’t know if I’m allowed. I don’t know if I can be a creeper in the studio, we’ll see.

BT: Are you a Huey type in real life as well?

DP: I think I’m an amalgam of the brothers. I’m a middle child so in some ways I’m a Dewey. I’m also very easily distracted. I have a historical markers app so when I see a historical marker on a building or a field, I’ll sit there for way too long reading and studying it while my kids are going, “Dad, are you coming?”. [laughs] That’s the Huey in me. I also get distracted by a really good water show or mountain display. [laughs] The great thing about the brothers is that we’re more individualized in this version and having Bobby, Ben and I is great because we all bring something so different to our characters.

BT: I’m a baseball fan and I know you are as well. Can you talk a little about your upcoming YouTube Red baseball comedy High & Tight?

DP: It’s actually a TV pilot by my good friend Chris Marrs and I play a translator for a superstar Korean baseball player and it’s kind of like this buddy comedy. Sung Kang plays the baseball player and he’s amazing. It’s really these two guys who come from two very different walks of life and my character comes from more of an academic perspective. He has goals of being a translator with the United Nations and Sung comes in making a big splash trying to prove himself to people who didn’t believe in him in the past but also showing me what it’s like to not care. It’s a really funny kind of take on these two guys, an odd couple kind of comedy. It’s a great cast and we filmed it last week and I’m hopeful that we get the chance to do more episodes.