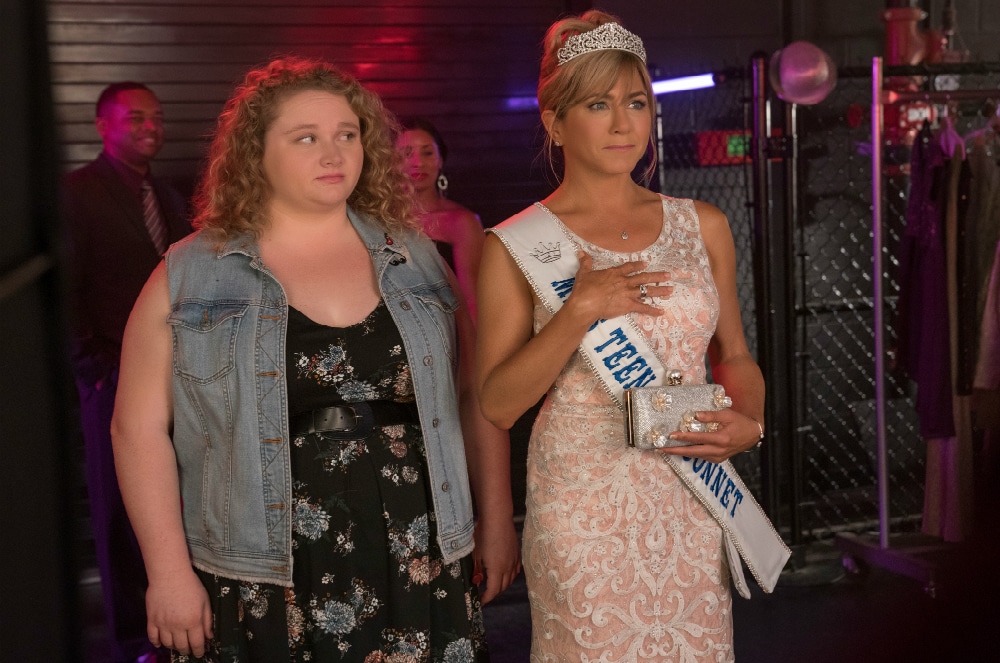 The wonderful (and exceptionally talented) Anne Fletcher was a joy to interview as we discussed her poignant new film Dumplin’ (which she directed for Netflix), starring Jennifer Aniston, Danielle Macdonald, Odeya Rush, Luke Benward, Bex Taylor-Klaus and rising star Maddie Baillio. The inspirational movie also features new music by the legendary Dolly Parton and is definitely worth watching immediately on Netflix.

We spoke with Fletcher exclusively about crafting the important film, her admiration of the ensemble and Dolly Parton.

The following is an edited and condensed version of our chat with the lovely Anne Fletcher.

Brief Take: I absolutely loved Dumplin’! I wish that I had this movie when I was growing up.

Anne Fletcher: That’s so sweet, and literally the complete reason that I did it. I felt like I didn’t have movies like this growing up in my generation, telling me that to just be who you are and love it. [laughs] That’s literally why I did it.

BT: What drew you to the project?

AF: The first part was the characters. I read the first half of the script and I wrote back to my agent immediately, saying “I have to do this movie” because the friendships were so beautiful to me. Julie Murphy, who wrote the book, did such an incredible job, and Kristin Hahn, who adapted the screenplay from the book, did an amazing job capturing these babies. I just fell in love with them, and I loved their friendships and the conflict between mother and daughter, and that was just the halfway mark. My agent wrote back and said “I’m so glad that you want to do the movie, wait until meet the drag queens!”, and I thought he was joking. [laughs] But then to my delight, my Fairy Godmother, or Fairy Godfather, Lee, added so much to the depths of what was going on. Willowdean, she’s struggling with grief, that’s the underpinning of what is happening in the story between these three people – Lucy, Ellen and Willowdean. I really loved that notion of exploring “how do you deal with grief?”, and she’s the anchor of the family, basically. I know that’s so deep. [laughs] There are so many things I like about it, let’s just say that. Making sure that each thread was individually revealed, that was very important. I love the actors so much in this movie and what we’re saying. It’s so important in this time that we live in. We need to feel good and embrace everyone, their differences, our similarities, and stop judging. Living’s okay. [laughs] When comparing, someone has to be on the top and someone has to be on the bottom, and do you want to be either one of them? I don’t think so. We need to accept one another for who we are.

BT: Talk a bit about your amazing cast.

AF: We knew that we wanted Danielle (Macdonald) from the get go. She’s so amazing in Patti Cake$. Her and Jen(nifer Aniston) bonded instantly over a five hour coffee, and she’s just a great, great girl. Bex (Taylor-Klaus) came in, and within minutes of talking to her, I’m thinking in my head “please be a good actor, because I love you so much”. The thing about me is that I don’t look at anybody’s resumes or anybody’s reels before they come in as an actor. I have no idea what they have done before. I just want to see what they’re bringing to the character. Maddie (Baillio) came in and I was gobsmacked over her! It reminded me, strangely enough, of Kathy Najimy in Sister Act. Her performance, her sparkle, her shine, her happiness, her pure joy of life, and I kept saying as a joke that I really want Kathy to play Millie’s Mom. [laughs] I’ve been friends with Kathy for many years, and Kristin and Jen are too, and I got this text out of nowhere while we were shooting from Kathy saying “I want to do anything on your movie – catering, craft services, hair and make-up, whatever you want”. I was like “you better not be joking, because I found something for you to do in my movie”, and she said yes!

AF: She knew the book really well. I mean, obviously she would have. She couldn’t be more on board with wanting to participate. And then creating new songs for the movie! She is a Godsend. You talk about a Fairy Godmother, this woman gave us such a gift. And she is the quintessential woman to me. My whole life growing up with Dolly Parton, you’re like “I wish that I had an ounce of her womanhood”. And how she lives her life… Most of us are struggling to find our voice and our strengths, and that woman was just born that way. So Julie did such a good job and she loves Dolly’s music, who doesn’t?! She took the perfect example of what a woman should be striving for, in my opinion. It’s all touching on these beautiful symbols of women. I love women, I think they’re awesome. We’re complicated and we’re layered and we’re tough and we’re soft, and we’re all these things. I’ve always had great partners in my actors who are trying to honour women by showing them the right way, their strengths and weaknesses and all of the stuff with which they deal. 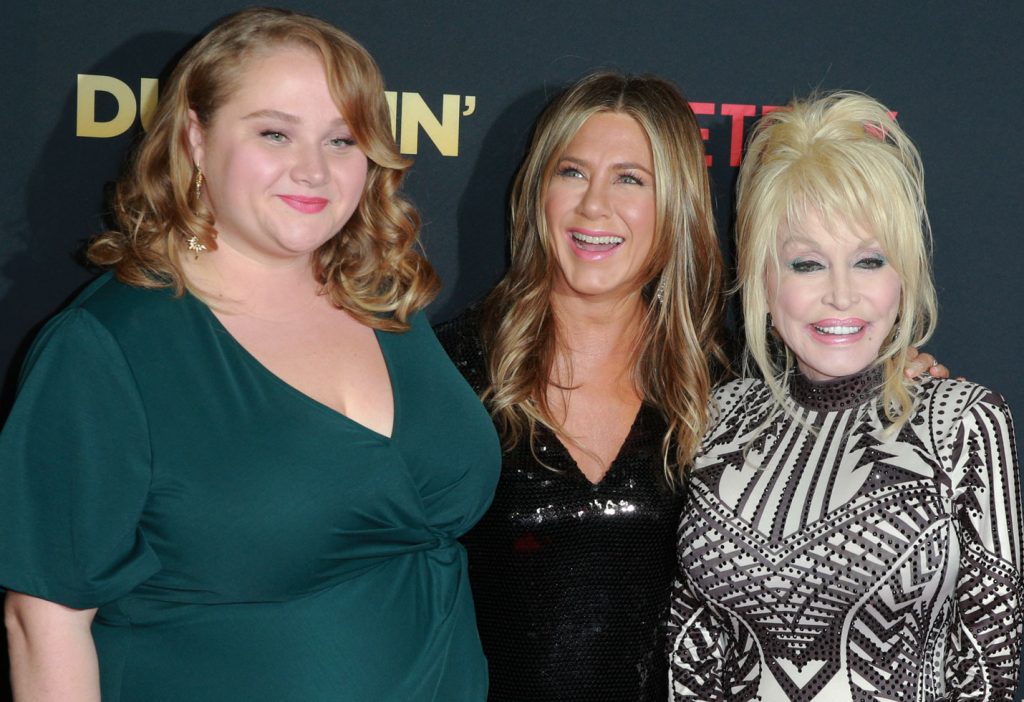 BT: Who are some of your inspirations?

AF: Well the person who inspires me every day of my life happens to have a penis, and that is Prince. That is the inspiration for everything I do and the air that I breathe. But regarding women, I had two great-aunts that were the world to me. They come out on the other side and there’s just a confidence of life that they offer me. They are now passed but they were totally influential in my life. Kathy Najimy says “my friend is Gloria Steinem”, and I’m like “I wish I could say that!”. [laughs] That would be the coolest.

BT: It’s so great that the film is on Netflix because it’s going to reach such a wide audience of girls and boys who are deeply in need of its invigorating message.

AF: I’m so excited that this movie is going to be in Netflix because girls, or anybody who feels like they are on the outside, will have something that will hopefully speak to them.

Dumplin’ is currently streaming on Netflix