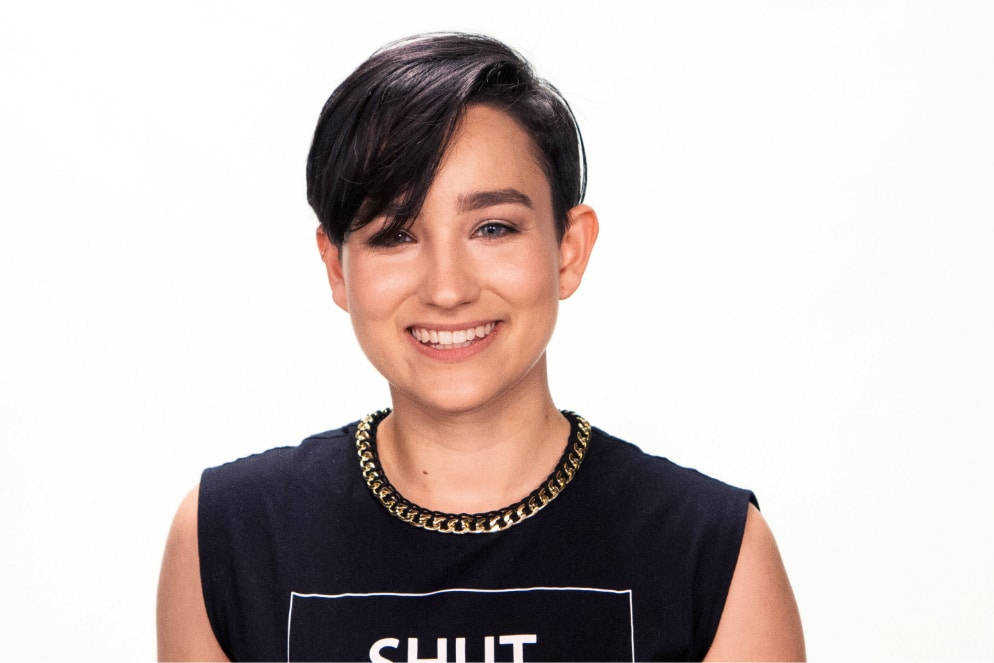 Bex Taylor-Klaus has many adoring fans online and it’s not difficult to see why. The non-binary actor is refreshingly open and honest at all times, detailing their highs and lows frequently, and always using their platform to make others feel included in the conversation. We instantly bonded over TomboyX apparel (the struggle to find comfortable, breathable underthings that come in all sizes is very real, you guys) and then we quickly moved into gushing over Dumplin’ (now streaming on Netflix!).

The following is a condensed and edited version of my phone conversation with Bex Taylor-Klaus.

Brief Take: What drew you to this movie?

Bex Taylor-Klaus: Everything! Great female cast, it was female-driven..honestly, there wasn’t anything that had me going “nope, don’t want that”. Everything about it was amazing. 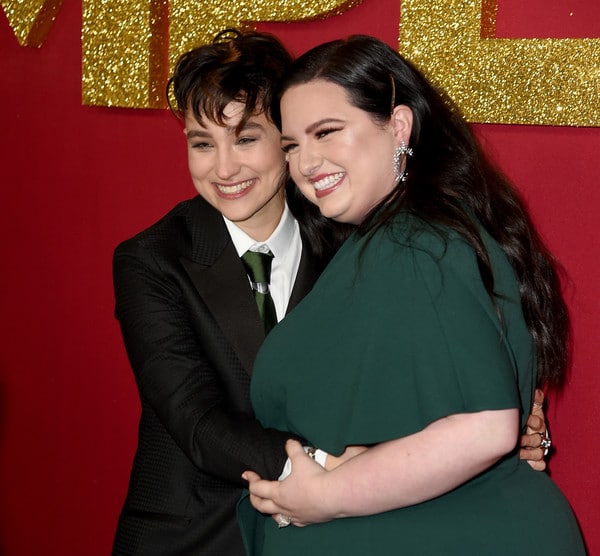 BT: I spoke with your Dumplin’ director Anne Fletcher last week and she was just a sweetie. What did you like best about working with her?

BTK: I love Anne! She’s got great energy, which she brings every day on set. Everything was fun when we were working with Anne. No matter how crazy things were getting, she’d come over and all of a sudden you’d be doing great.

BT: I really liked the friend group dynamic in the film with you, Danielle Macdonald, Odeya Rush and Maddie Baillio. Had you known each other beforehand?

BTK: No, I don’t think any of us knew each other before. I met Maddie at the table read and before we all separated for the day, I pulled her aside and said to her “you are perfect for this role! I hope they cast you.” Then when we showed up on set together, I was like “Oh my God!!!”. I adore her. I love what she brings to Millie and I think that she’s just an absolute little genius. It was so easy to play her best friend. And Danielle, oh my God! She’s just a powerhouse performer, oh my goodness. She is an absolute genius. Working with her was like an acting masterclass. It was so cool because Patti Cake$ had come out in Atlanta while we were there, so I got to see it and then report back to her. I went over how amazing she is, to her face. Then Odeya, she’s my family now. She really is my family. I have plans to go over and have holidays with her family. She is family. 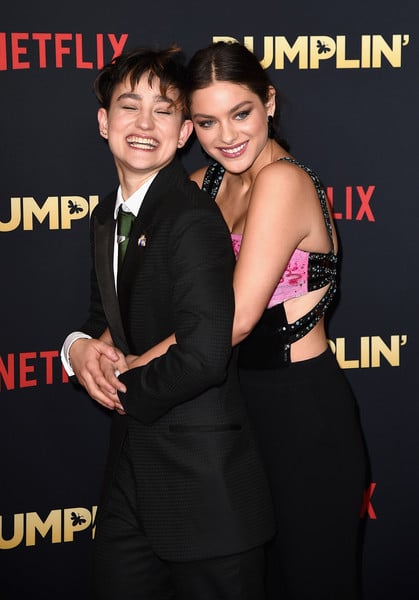 BT: Did you get to meet Dolly Parton?

BTK: No! I think only Danielle and Jennifer (Aniston) got to meet her. So many of my friends would have killed me if I met her without them.

BT: Who are some people in the industry that you’d really like to work with?

BT: You just got to work with the incredible Kate Winslet. Tell me everything about that so I can live vicariously through you.

BTK: I love her so much! Aaaah, I love Kate! Working with Kate Winslet is a blast. She’s a joy in life and in work. She’s goofy and she really cares about the work, about the project, and about the people. It is amazing to see someone who’s been doing this at the level that she has, and still be so grounded. She is a beautiful person inside and out.

BT: Sam Neill is in that film with you two as well. Tell me about working with him.

BTK: I love Sam!! We have a Blackbird cast group chat where we’re all still sending photos and videos and it just makes me so happy. About 20 minutes ago Kate sent us a picture and 30 minutes ago Sam sent us a photo with his pigs. It’s so cute.

BT: Tell me about Blackbird and who you play.

BTK: Well that’s not the final title of the film but I play the partner of Mia Wasikowska’s character. It’s a family drama about a family getting together one last time before the matriarch, who has ALS, exits this planet. We had a competition to see who could come up with the best title and if you had the best title, you’d get a case of champagne or something like that. Nobody won; nobody got the title. 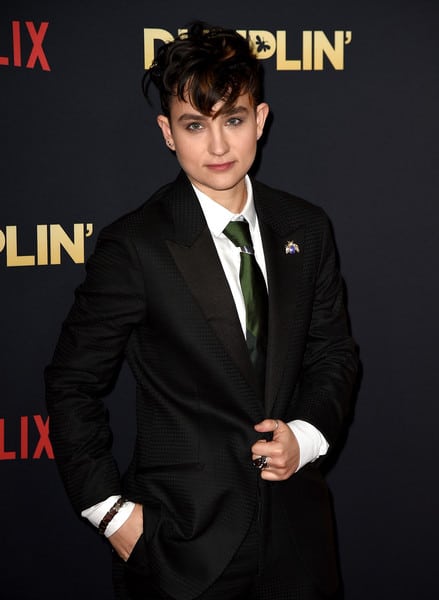 BT: What do you like to watch on Netflix, other than the tons of brilliant shows that you’ve been on?

BTK: I like The Office a lot. But I really haven’t been watching TV or Netflix or anything in awhile. I’ve been going non-stop, so I’m really off my Netflix game. I get a bit of a holiday break so I might be watching movies, we’ll see.

Dumplin’ is now streaming on Netflix