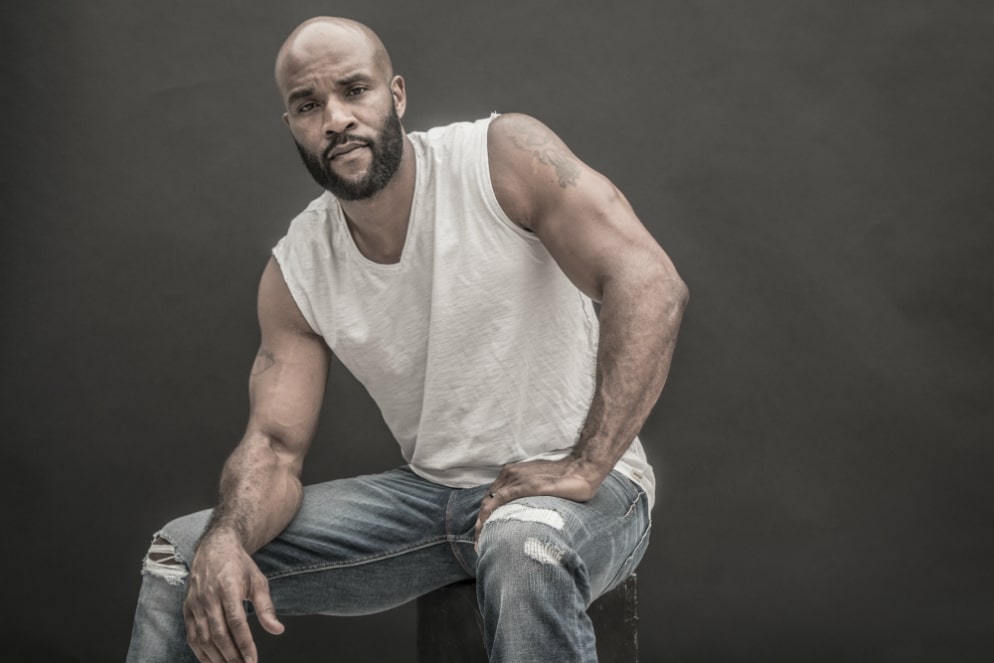 By total chance, we are your go-to guide for interviewing awesome stars of upcoming projects in the Arrowverse that just happened to have recently filmed in Toronto before going to Vancouver. In addition to Katherine McNamara exclusively giving Brief Take the scoop on Arrow‘s new character Maya, LaMonica Garrett is amazing to preview for us ‘Elseworlds’, which is a three night event on three different shows (The Flash airs on December 9th, Arrow on December 10th  and Supergirl on December 11th).

Despite our thinking that he would not be able to say much about his arc as The Monitor, the awesome and large (gentle giant) LaMonica Garrett provided fascinating insight about his life both on and off screen. We’ll definitely be tuning into The Flash, Arrow and Supergirl to see what the talented actor has in store as The Monitor in the ‘Elseworlds’ crossover event.

The following is a condensed and edited version of our talk with the fascinating LaMonica Garrett.

Brief Take: What can you tell us about your character, The Monitor?

LaMonica Garrett: I can tell you that his presence will be felt throughout the whole process. It starts right away. It’s not a lead-up or a build-up, they hit you in the face with it early, and it’s there until the end. I teared up a little bit. There was a lot of flying back and forth to Vancouver, and it was like “okay, we’re doing this much with the costume?” We put it together in pieces, and it took about three weeks to put together. So it was a little bit here, and I would fly home and back and give all the people time to work on it, and I would fly back and it was a little more, and when I put on the finished product and saw in the mirror, I got a little choked up just looking at it. I’m a die-hard comic book fan, and the significance of The Monitor, because it was so true to what the wardrobe was like, the costume, I was amazed, it was great!

BT: You always talked about super heroes and comic books. It was like you knew it was coming!

LG: Yeah, you put it out into the universe and God makes it happen. I don’t know how or the way, but yeah, this is fun stuff. I had plans to go out to Granville Street in Vancouver on Halloween night, where it’s just a spectacle, like Vegas Boulevard. We were working Halloween night and part of me was like “awww, I wanted to see Granville”, but the majority of me was like “it’s Halloween and I’m dressed up as The Monitor in front of a green screen, doing what I love to do, this is the best night in the world. It doesn’t get better than this!” 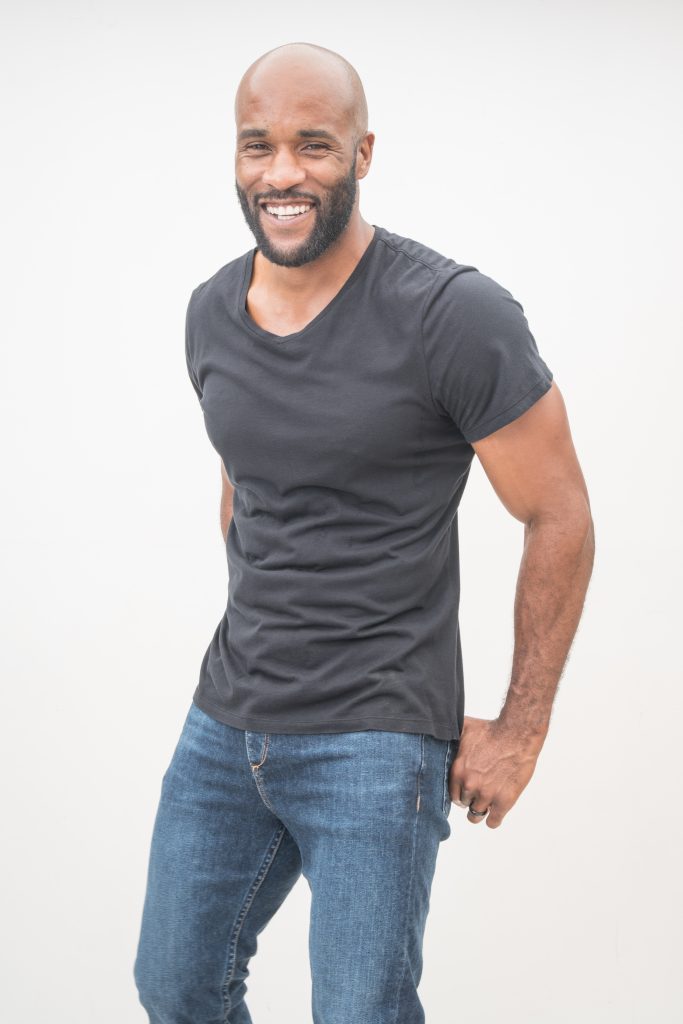 LG: When people saw the trailer, they were like “wait a minute, is he a villain? He’s supposed to be a good guy from ‘Crisis on Infinite Earths'”. He did one of the most heroic things, and he’s one of the most iconic figures and he changed the whole DC Universe. But before ‘Crisis on Infinite Earths’ he was kicking around in the shadows, as a weapons dealer to villains. He does the right thing, but there are other parts of him that I believe that the writers did a great job of exploring, without having to go back billions of years to his creation. Just showing who The Monitor was, and who knows where you are going to go but it’s going to be fun. It’s really fun to play with a character like this, it goes beyond good and evil with him, it’s not just good and evil, it’s balance and what’s right.

BT: This is going to change the game, isn’t it?

LG: I think after last year’s ‘Crisis on Infinite Earths’, the crossover, people loved it, and it was like “alright, where are you going to go from here?” There’s nothing that’s going to top that. But then the writers all got together, and they’re like “you know what? Hold my beer”. [laughs] They’re not only going to bring Superman back, they’re going to bring out black suit Superman! Without The Monitor or Batwoman or Doctor Death, or whomever, that alone would be enough to raise eyebrows. Then you throw Batwoman in, and then you throw in Gotham City and Arkham Asylum, are you kidding me?! People have been wanting this for so long! And then you throw a cosmic entity in that is the strongest force that they’ve ever faced, how do you do all that in one three-hour setting? And we pull it off! When I first put The Monitor costume on, and I’m going from stage to stage, me and Ruby (Rose) were taking pictures that day for Entertainment Weekly’s first look. Us going from stage to stage, they had to put cloths over us so people on the train above wouldn’t take pictures. 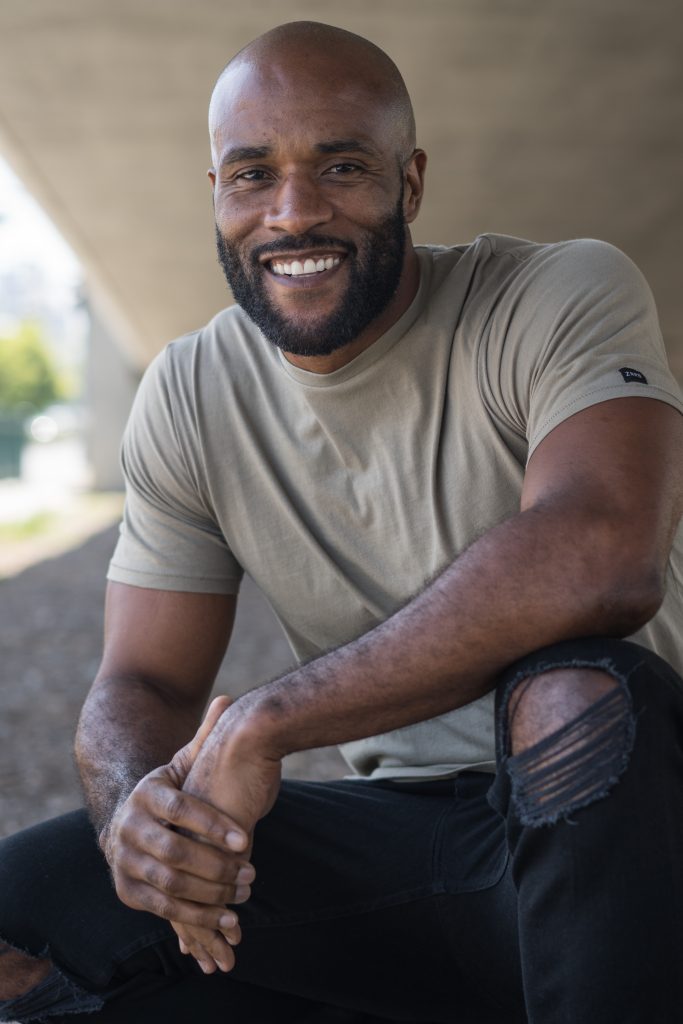 BT: The concepts of good and evil must be interesting to you.

LM: That’s the first thing – when I’m doing character work and research, find out who this person is, what drives them, what their fears are – and the objective falls in your lap after that. Thanos in Avengers, I understand what he was trying to do, but that’s what made him such a great villain. But you can’t just do that, you can’t kill everybody, but I see what he was trying to do. It wasn’t like he was evil for the sake of being evil. He was trying to find the greater good but without as many people around. It’s more for the people who are there, but you just can’t kill everyone like that, so it’s that dynamic with which you are playing, and it challenges people’s perspectives and how they view things, good and evil, your moral base, you have to start from that.

BT: Tell me a little bit about your charity work.

LM: This past weekend we got about 50 or 60 lunches together and fed the homeless. We gave them hygiene products, we gave them shoes, shirts we’re not wearing, socks; socks is a big need in the homeless communities, and we went to different tent cities and helped people out. Just paying it forward, helping out the less fortunate. I don’t look at it as charity work, I look at it almost like a responsibility. We’re fortunate to be in the position that we’re in and it’s our job to help out people, the less fortunate. 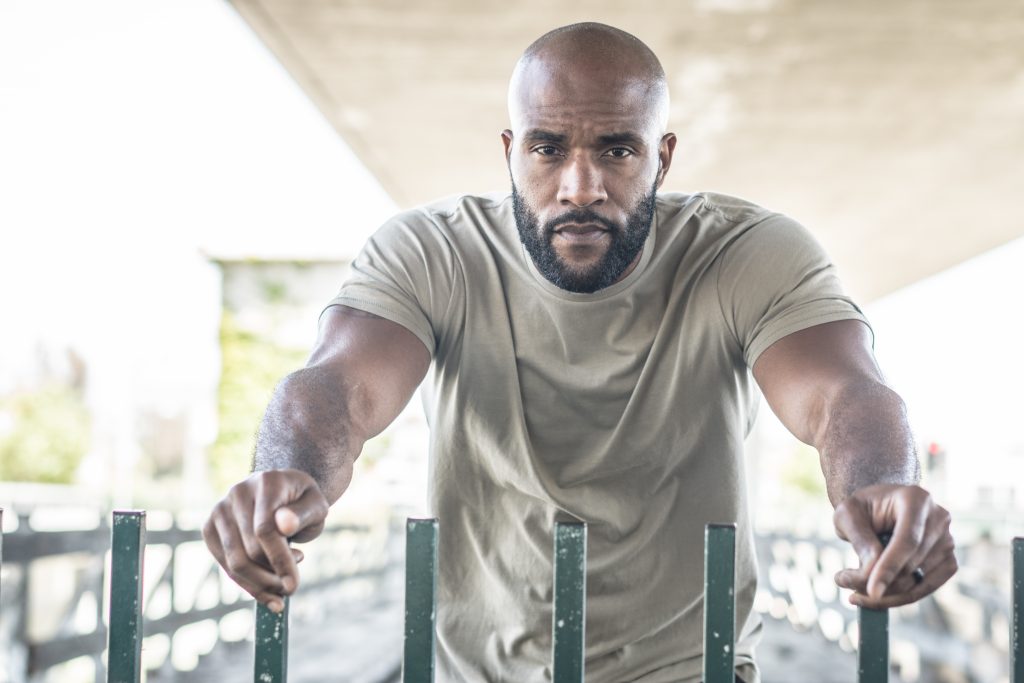 BT: What is something that fans should know about you?

LM: I try to be truthful. As far as being an actor, I try to engulf myself in the role and make it very believable, and I have a good moral compass.