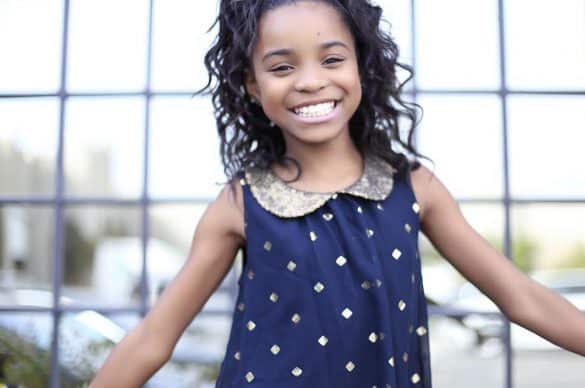 What a year for 10 year-old actress Saniyya Sidney! You may remember her as Flora Harris (Angela Bassett’s daughter) in American Horror Story: Roanoke but her star really catapulted when she played Taraji P. Henson’s daughter in Hidden Figures and then Denzel Washington’s daughter in the film adaptation of August Wilson’s Pulitzer Prize-winning play Fences.

Following a whirlwind award show season (representing both Hidden Figures and Fences on the circuit), Saniyya spoke with us on the phone and was an incredible joy to chat with. The following are excerpts from that delightful conversation.

Brief Take: Fences is a heavy play in terms of subject matter as well as thematically. What did you know about the play when you were first cast in your pivotal role?

Saniyya Sidney: Well I did a lot of research to first figure out information about the play. I found out that it was first performed on Broadway and it was written by August Wilson who was responsible for several important plays on Broadway. It was really awesome to me to be able to audition for something that had once been on Broadway and probably will be again. That was cool. I just love Broadway. My favorite Broadway show is Wicked. Also it was awesome to me to be able to work with these awesome actors. I mean I worked hard but I had so much fun doing it.

BT: What was it like working with the film’s director, Denzel Washington? I read that your Mom was a huge fan of his.

SS: Oh yes, she was so excited! I was excited too. When I first met him he was so nice and fun, and he was nice to my Mom too. *laughs* He initially asked me a lot of questions, like what do I want to be when I grow up, do I play any sports, and others. It’s funny, because at the time I said that I wanted to be a nurse when I grow up, but now I want to be an actress for the rest of my life. I can combine the two and just be on Grey’s Anatomy. *laughs*  Really I just want to see people be healthy, happy and good.

BT: What was it like working with Viola Davis? First you got to work with her and then, just recently, you were in the audience when she won her Academy Award for portraying that role.

SS: Oh she is just the best actress you could ever ask to work with. You can’t even function when you ask to take a picture with her. I love her so, so much. She taught me and the rest of the cast so much. What stayed with me the most was when she said, “Always bring your heart to work with you, no matter what”. But her performance in the movie is the best I’ve ever seen in my life. It was just out of this world.

BT: And what was your experience like co-starring with Jovan Adepo?

SS: Oh my gosh, Jovan is so nice. He really feels like a big brother to me. He was so encouraging also.

BT: You have two big projects coming up – the tv movie, Kevin Hart’s Guide to Black History, and Fast Color with Gugu Mbatha-Raw. Can you tell me a little bit about those?

SS: Yeah! Well for once I didn’t have to work with someone I had to look up to. *laughs* I was the same height as Kevin Hart. I bet that if I wore an inch heel I’d be a lot taller than him. *laughs* He gave me a great lesson though. He said to me, “All of this can be taken away from you at any time so keep working hard”. But he was so nice and so funny and generous. I love him. 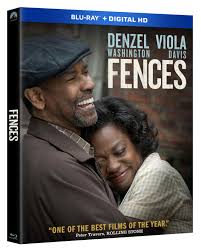 Fences is available on Blu-ray+Digital HD on March 14th.