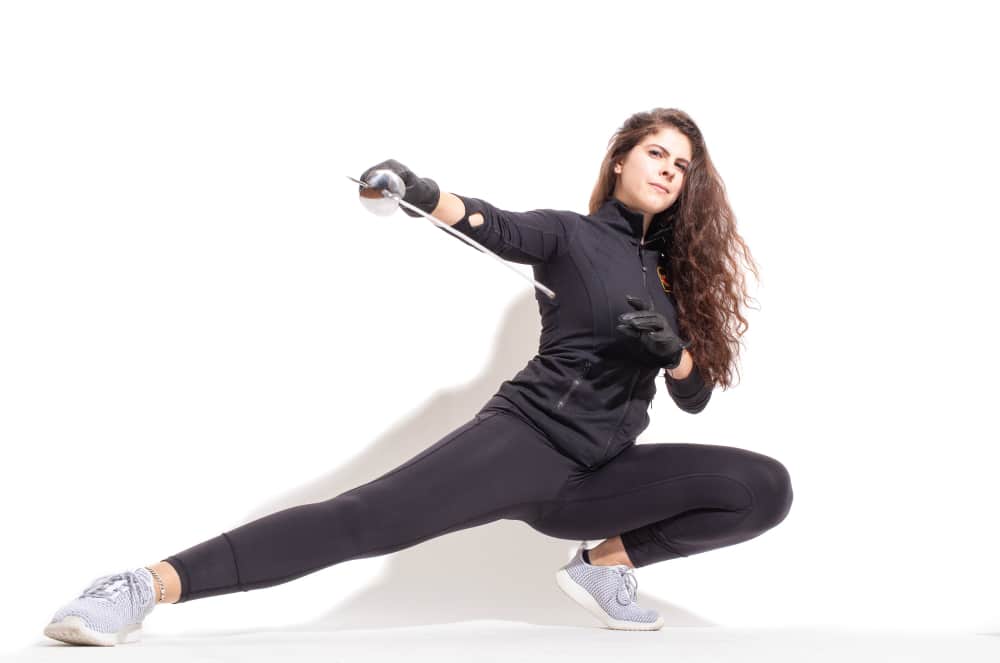 Brynn Knickle is a multi-hyphenate powerhouse who is making a name for herself as an actor/fight choreographer. Within five years of moving to New York City, she graduated from The American Musical and Dramatic Academy (AMDA), and has one year left to complete her Masters in psychology. During that time she also completed three levels of training to be an advanced actor combatant with the FDC, has been hired full time to teach stage combat at AMDA, worked on multiple off and off-off Broadway productions (most recently the Broadway production of The Lightning Thief: The Percy Jackson Musical).

Knickle is building her skills as a stunt woman and intimacy coordinator, and has just been accepted into the FDC apprenticeship program in Canada. Her accomplishments are simply astonishing, and, as a female-led outlet, we were especially super keen to learn more about the kickass Brynn Knickle.

Brief Take: Describe a day in the life of a fight choreographer. What does that entail?

Brynn Knickle: My day consists of anything from choreographing or working on fight scenes (on camera or for the stage), building on stunt skills, working at the American Musical and Dramatic Academy (AMDA), and honing my acting and singing chops! I’m always busy – if I’m not working, I’m training and if I’m not training, I’m resting so I’m always at the ready for whatever opportunity comes my way.

Life in the performing arts requires taking exquisite care of your body and mind, so to me that consists of going to the gym six days a week (boxing/gymnastics/strength training/anything I can do to push my body in as many ways as possible), eating a healthy diet and knowing when I need to rest and recover (e.g. meditation). 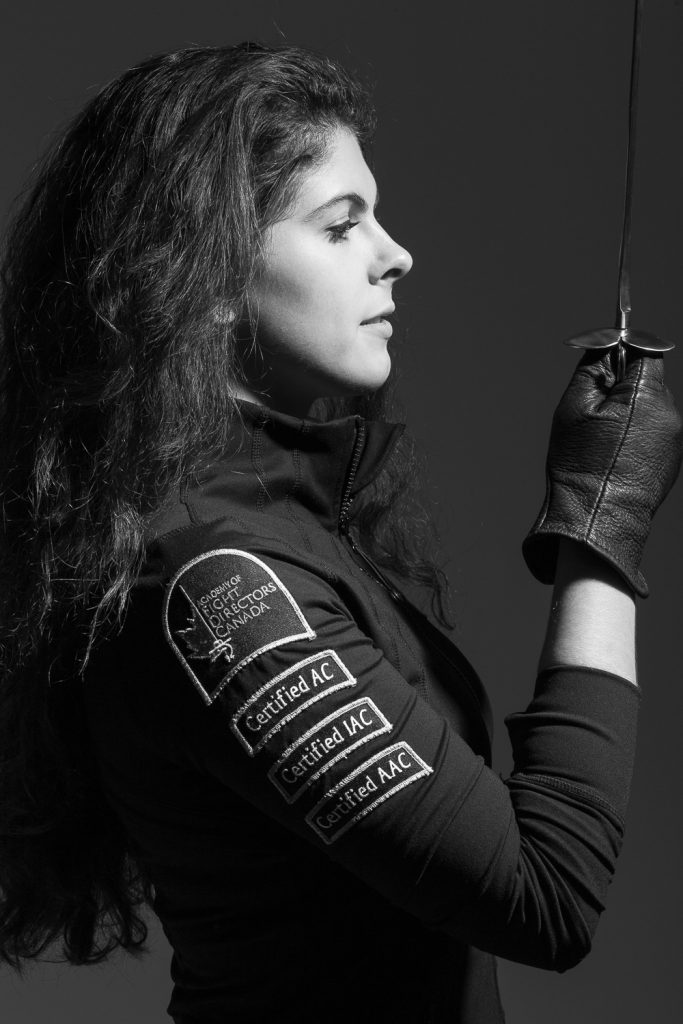 BT: Tell us about a fight you’re most proud of choreographing.

BK: There was a production of Twelfth Night that I did recently in New York that I particularly enjoyed putting together. There was an emphasis on the fight being adapted to the story line versus a gratuitous use of violence (which is my preferred way of choreographing, so it was nice that the entire creative team was on board). Since this was the case, there was a significant amount of work that went into preparing specific moves for each character. The actor’s level of fight experience varied, so that had to be taken into consideration as well. I am proud of how the fights not only furthered the gestalt of the story, but also furthered the story of the individual characters.

BT:  Can you talk a little about your work on The Lightning Thief: The Percy Jackson Musical and how Broadway fights differ from film/TV fights? How are they staged? How do you work with actors to bring them to life well?

BK: First of all, I have to give a shout out to Rod Kinter, as I am incredibly grateful for the opportunity to be part of his fight direction team for The Lightning Thief. As per my role, I helped in teaching the fights to the actors, transcribed the fight choreography, and kept an eye on continuity as the show progressed. Broadway fights differ from film/TV fights in that they have to be slower and also have to be choreographed in a way that draws the audience’s attention to what is most important (especially if it’s a battle scene with multiple characters on stage). Stage fights don’t have the singular eye of the camera to tell the audience where to look, so there’s a bit more illusion making/sleight of hand that has to happen.

Working with actors on a fight sequence requires first explaining the importance of safety, especially on stage as they have eight performances a week for months on end. After that you get a feel for how each individual moves and you adapt your choreography to fit their body. You want them to look as badass as possible, so they can make you, as the choreographer, look as badass as possible. This comes from the actors feeling comfortable and confident in the fight moves assigned to them.

BT: I’m curious how your Masters training has informed your stunt work, or given you a different perspective?

BK: I’m currently halfway through my Masters in psychology and it has certainly increased my awareness of the human condition (thoughts/feelings/actions). This impacts everything I do from acting to choreographing and performing fights. It allows me to have a better conceptualization of characters I’m playing. In regards to training stunts, it helps me with my mental toughness and getting through those anxious feelings when having to do things that are counterintuitive to how your body naturally wants to protect you (e.g. falling without trying to catch yourself with your hands). Also, the level of fitness you have to maintain requires a strong and healthy mind. Consequently, I implement many of the psychological strategies that I’ve learned on a daily basis.

BT: Who would you like to work with in the future?

BK: In regards to fight choreography, I currently work with people I admire immensely and am learning so much from them. In regards to stunts, likewise, however Melissa Stubbs (a fellow Canadian) and Zoe Bell are two badass women who inspire me. In regards to acting, there are so many amazing actors and directors out there but I’ve always been a fan of Sandra Bullock. Also, anybody who knows me, knows of my Marvel aspirations. 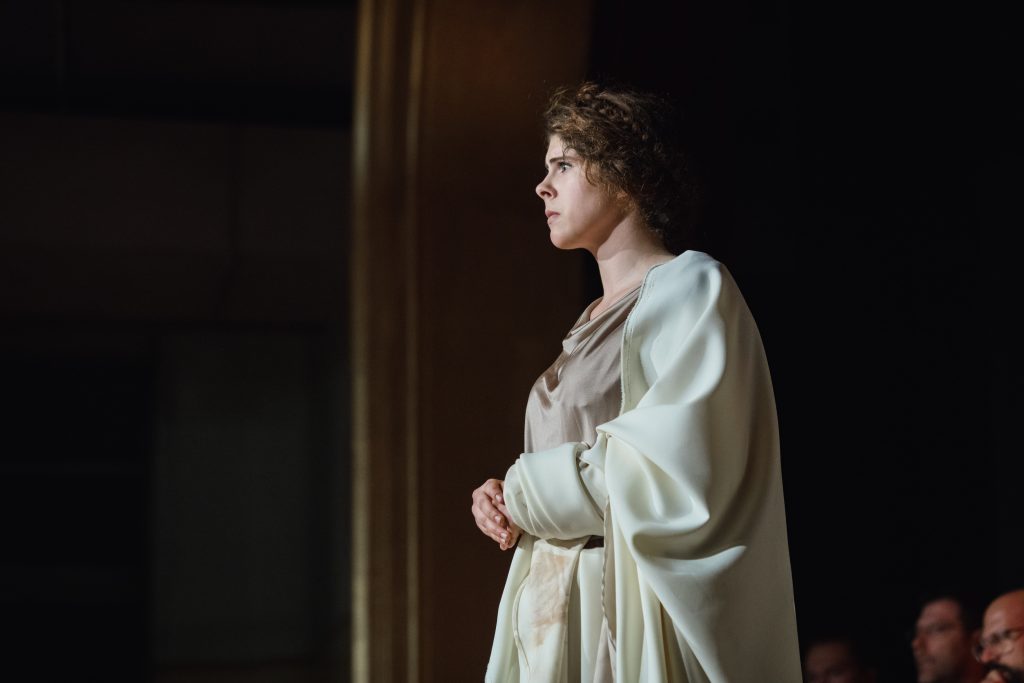 BT: What do you hope the future holds for your career?

BK: I’m going to continue to keep my head down and be the first on the ice and the last off (apologies for the hockey analogy…I am Canadian). My intention is to continue to develop my abilities in all of these disciplines and see where life takes me. In terms of specific goals, I would like to work in front of and behind the camera in all genres. One of my current dreams is to have the opportunity to portray a powerful leading woman who has a sense of humour. I am self-driven and passionate about performing and choreographing and still have so very much to learn. My goal is to be a perpetual student.