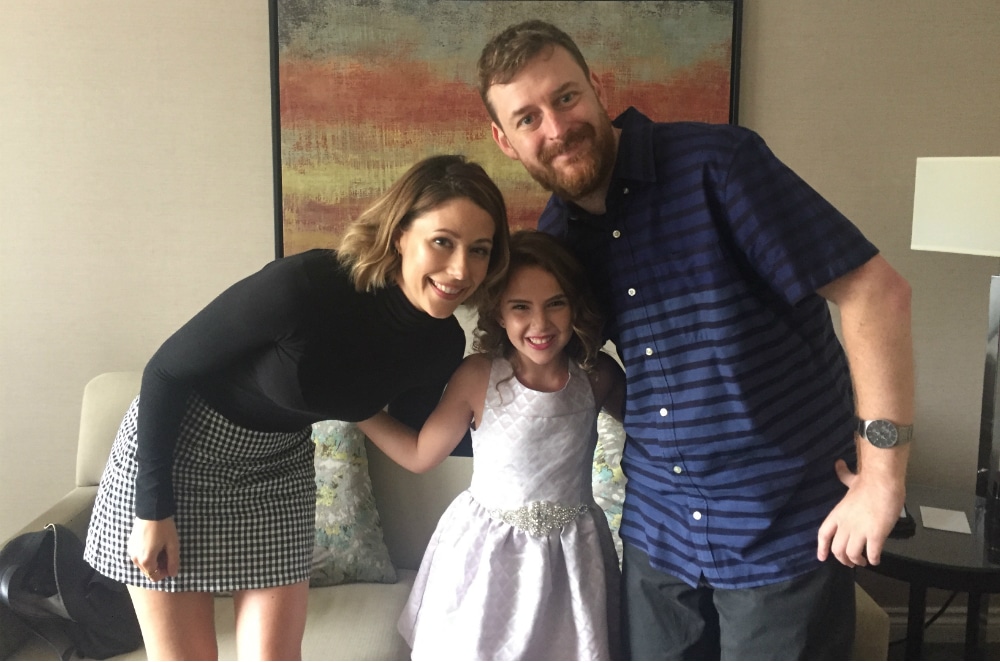 Doing an interview with Amanda Crew and Lexy Kolker at last year’s TIFF was particularly exciting but also a bit of a balancing act. For one thing, the movie in which Kolker and Crew star is noticeably tough to discuss at the risk of giving away spoilers–seriously, watch it without reading anything else other than this interview. Secondly, Kolker was eight years old at the time of the interview, seven when making the film and nine now, and it was during a day filled with press and the world premiere that evening, and yet Crew and Kolker brought it for Freaks.

Crew had just spoken out on behalf of Project HEAL about her struggles with her eating disorder (and wrote an open letter with Camila Mendes a couple of months later), and although we didn’t speak about it (or about Adam Brody, who also spoke very highly of Crew in Brief Take’s interview), she is an inspiration.

The following is a condensed and edited version of our sit down interview with the buoyant Amanda Crew and Lexy Kolker of Freaks.

*This interview was originally published in September 2018*

Brief Take: What did you think of working with a co-directing team and their collaborative vision?

Amanda Crew: I’ve only ever worked with a co-directing team on one other thing and it was pretty brief, and I think that it was actually after this project, but anyway, I was curious to see what it was going to be like having two people. I thought maybe one person would excel in one area and maybe the other in another and I would go to one person for these kinds of questions…but it was not. They had such a cohesive vision for this project and had worked so hard on creating it together, that they were really on the same page with everything.

[Asks Lexy] How did you feel about it?

Lexy Kolker: This was really cool for me because I had never before experienced that, but the reason that it was cool is because it was like having one on set, telling us what to do,  and then having one behind the camera saying: “Op! That angle’s not good”, or “Op! The lighting’s like that”. So it was like having one director….but everywhere! [Both laugh] It was really cool having two directors. I love Adam [Stein] and Zach [Lipovsky], they’re amazing people, but I really liked having two directors, it was fun.

AC: It’s in her rider, now, that all of the stuff that she works on has to have two directors now.

AC: You’ll only work on stuff with two directors now.

AC: Sorry, she’s not doing it, not available, find another director! 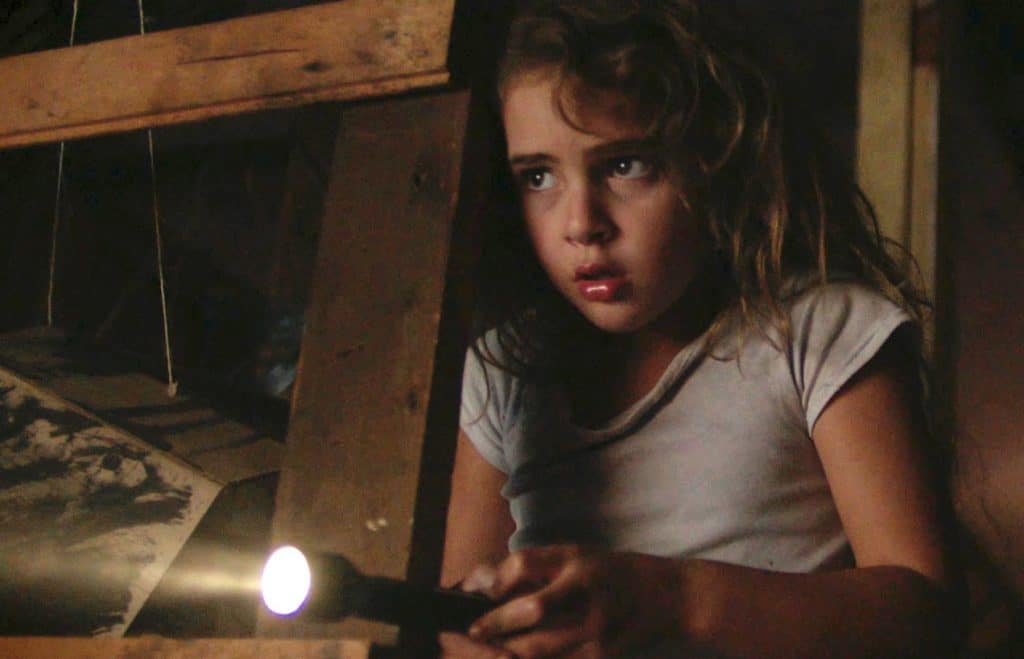 BT: What did you learn about each other from working together on this movie?

AC: I learned how to be a better actor. Honestly, I’ve never really worked with….no, I’ve worked with a number of younger actors, but Lexy is of a totally different breed and calibre. It’s great because the whole trick with acting is to not to put any focus on yourself and to put the focus on the other person, but we’re actors and we’re self-obsessed and all I think about is picking apart my performance while I’m doing it. But when you’re working with a young performer, you’re wanting to get the best performance out of them, you’re trying to help them, and sometimes you have no choice but to focus on them.  She’s so easy to work with, like seeing how she is so free in her performance and [adopting an exaggerated false voice] I learn from Lexy. [laughs]

AC: [quickly] I told her to say that. [laughs] I was setting that up, I was like: “just talk about how I am amazing”. 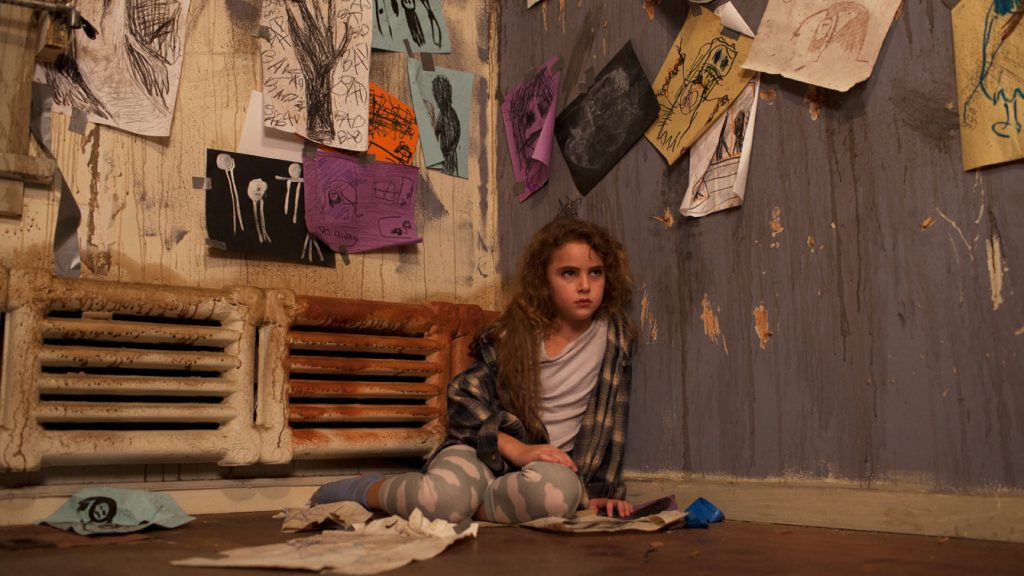 BT: What was it like to see the finished product?

AC: It was actually really cool seeing the final product because I didn’t know aesthetically what they were going for. Even the opening sequence with these incredible shots, rack focus and handheld steady, all of that is very grounded in reality, despite it being a kind of sci-fi type-ish world, that’s all I can say. But I really liked the choices that they made aesthetically with the filmmaking.

LK: There were a lot of shots, maybe that’s why it looks like there were angles that were a little bit off.

BT: Did the filming get too intense at any time?

AC: It was a really fun, family environment and it really was independent filmmaking to its core. Everybody’s together in the trenches because we really did want to make an incredible movie. I felt like everyone down to the electrics were giving it their all, which doesn’t always happen on film sets, but I think Adam and Zach have created such an environment of a team collaboration.  [To Lexy] Did you feel like it was intense all the time?

LK: One time I was doing a really intense scene with Emile, and it got too real for me and I had to take a break, and I started crying because it felt really real. Then Emile came in and gave me this amazing talk, and he really helped me. He was like: “Listen. You’re an amazing actress”, and he said all this amazing stuff and he really, really worked on it. 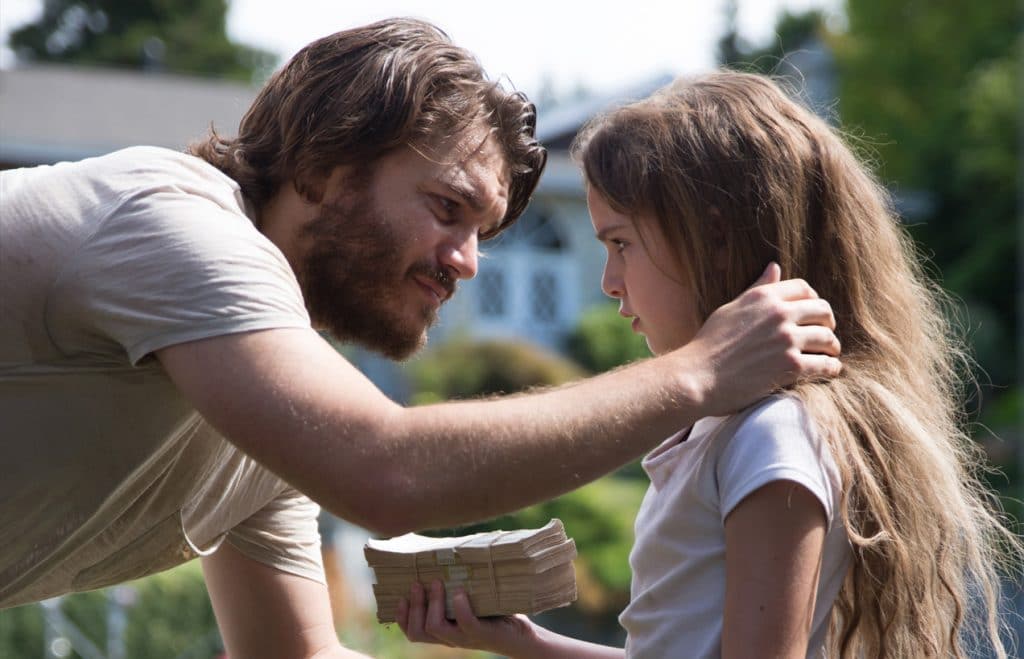 BT: Where does the journey take you next?

AC: In terms of work? I’m looking for it. You got some offers? [laughs] We’re going back for a season 6 next year [turned out to be 2020], for Silicon Valley. And in the meantime, looking for more good roles for women.

AC: And Lexy’s been busy auditioning and playing in the pool and having her birthday.

AC: And being fabulous. And working- she’s got that work / life balance figured out.

Freaks is now available on Blu-ray and DVD

The Body Remembers When the World Broke Open review