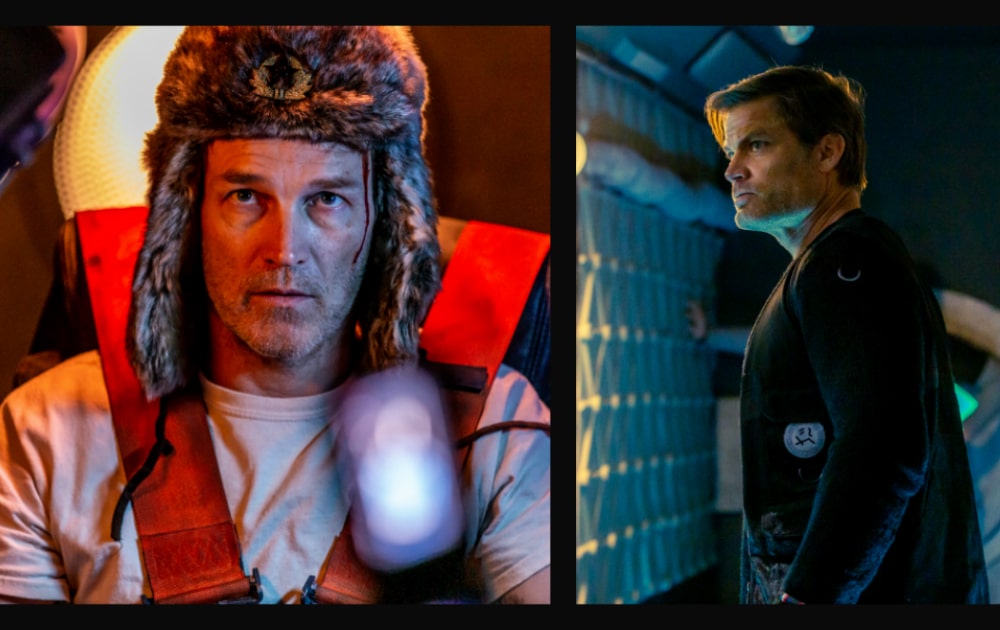 It’s no exaggeration to say that chatting with G-Loc stars Stephen Moyer (True Blood, Fortunate Son) and Casper Van Dien (Starship Troopers, Tarzan and the Lost City) has been a highlight of my year. The multi-talented craftsmen were easy to talk to, super friendly, and best of all, very forthcoming about their new sci-fi flick.

For those curious about the movie (which we highly recommend!), here’s the official synopsis: With Earth virtually destroyed, Bran Marshall (Moyer) flees to the Rhea, a planet hostile to Earthlings. Escaping onto a Rhean supply ship, he finds the crew slaughtered, with the only survivor a female warrior named Ohsha (Tala Gouveia). As the two try to kill one another, the ship is damaged by meteorites. Bran and Ohsha must join forces to salvage the craft before it impacts the planet below — and the humans that live there.


G-Loc is available now on DVD, Digital and On Demand from Lionsgate Home Entertainment!