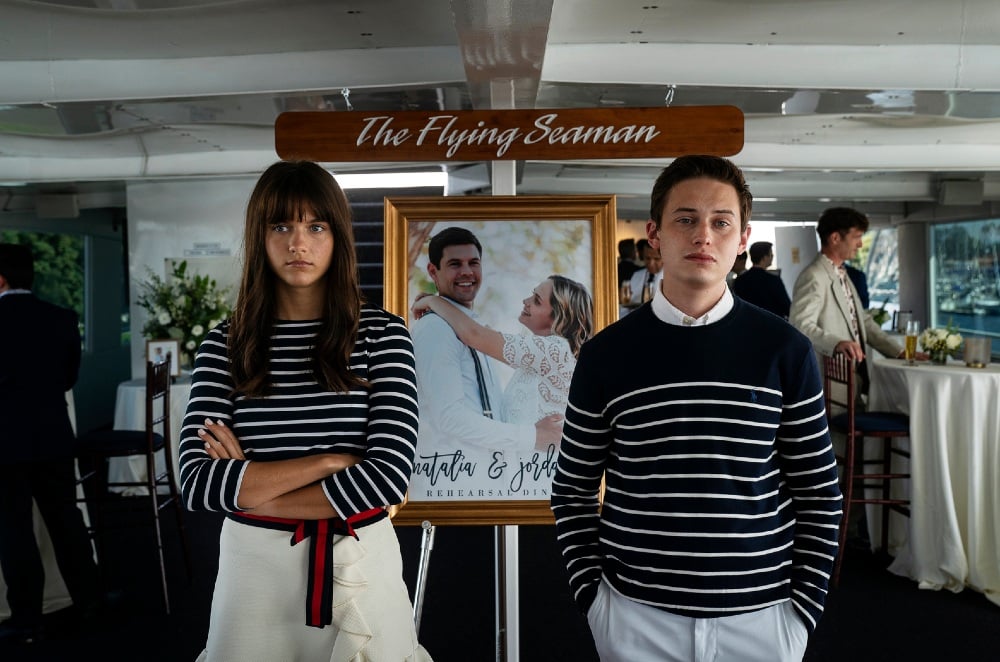 Part of the magic of the HBO Max series Genera+ion is that the show’s a mix of veteran performers (Martha Plimpton, Sam Trammell) and breakout younger talent that we think are going to be around for generations to come.  A pair of the standout younger talent are Chloe East, who is magnetic as Naomi, and Uly Schlesinger, who as Nathan (Naomi’s brother), is struggling to come to terms with his bisexuality and delivers an unforgettable performance.

I revelled in the opportunity to speak with the delightful performers during the recent virtual international junket for Genera+ion and the following is an edited and condensed version of our Zoom video interview.

When you read the script for the first time, what were your impressions of it?

Chloe East: I sound like a broken record but the truthfulness in the script. It was written by a 17 year-old at the time – Zelda Barnz was 17 when she created the story and the characters – and it sounded so true. It’s like when I saw Eighth Grade. When I saw that movie, I was like “Oh my gosh, this is so funny and they’re quoting Vines”. It’s such a messy show, you don’t see the polished side of things, you get the nitty gritty and you get the awkward. Our show is messy and silly and it’s uncomfortable at times, and I think I loved the discomfort. And also how light it was – it doesn’t take life too seriously. Our characters are funny and goofy, and it’s just like real life.

Uly Schlesinger: Yeah. I think what strikes me any time we read the scripts is the balance of humour and aching heartbreak, it teeters the balance so beautifully. And it’s so real! You’ll have these moments in life when you’re sobbing so much, and then something funny happens and you’re laughing and you’re crying, and it’s beautiful. That’s what I really loved about these scripts. 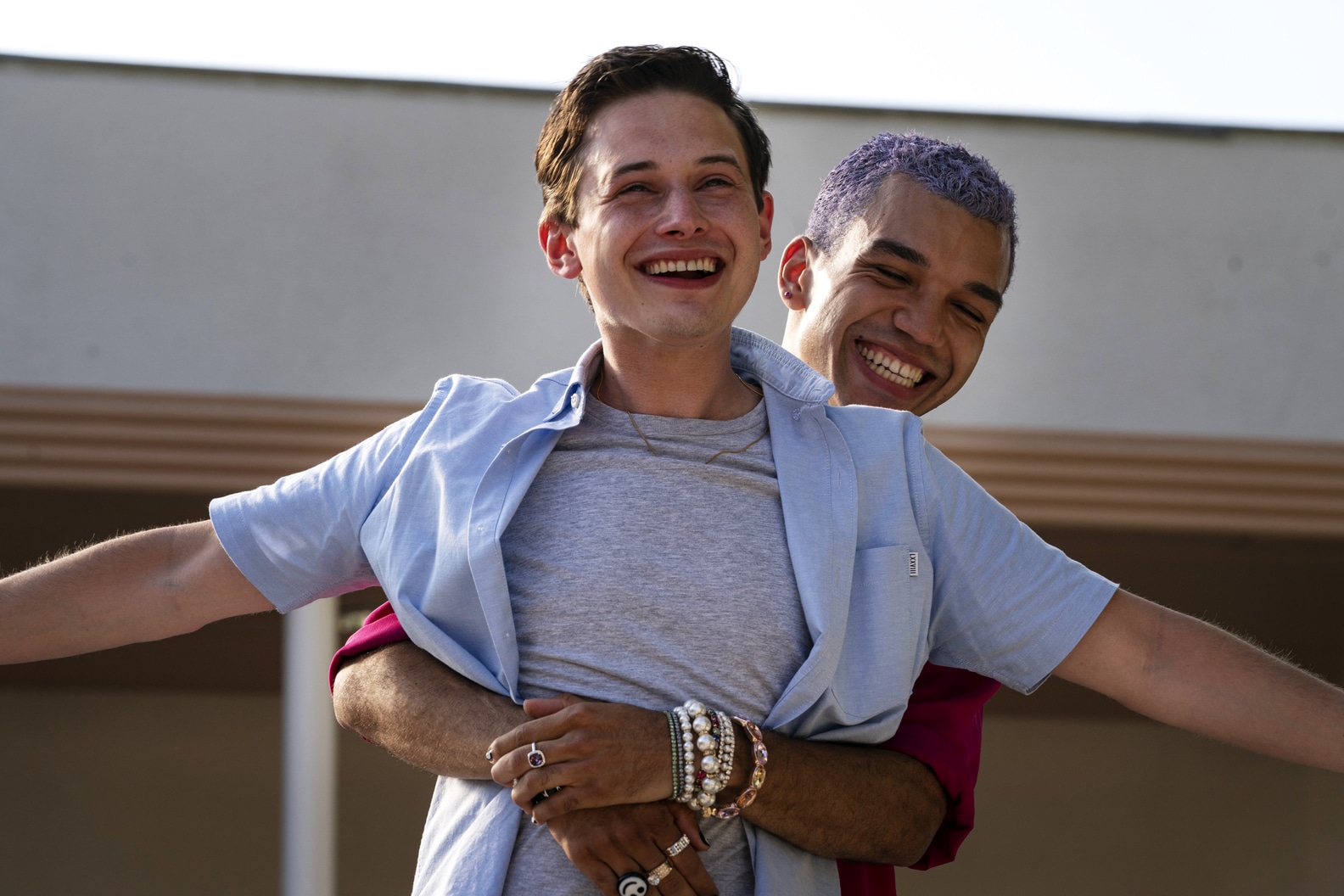 Were you able to give input into your characters? What was your relationship to the scripts?

US: I feel like they did a good job of presenting everything authentically and honestly right from the beginning. This is very specifically about me and my character, but I feel like Nathan’s proclivity to being anxious all the time and overthinking everything and constantly tweaking about every circumstance, I personally related to that very, very much.

CE: That sounds so funny but I think all the confusing, mixed feelings he has and wanting to be accepted by other people and worrying about people liking you is something that Nathan is very open about. Naomi doesn’t have that. She’s like “I don’t care if people like me. I’m just born this way, baby. Let me just go to Hot Dog on a Stick.” [laughs] I feel like Nathan is relatable to me. The question about collaborating with the creators, we don’t have as much collaboration as other shows might, just because it’s so specific to Zelda’s story and her experiences that I feel like everyone respects what she wants. When you see the show, you think “oh, this must all be ad libbed”, but no, it’s in the writing. All of it is in the writing, it’s already there. 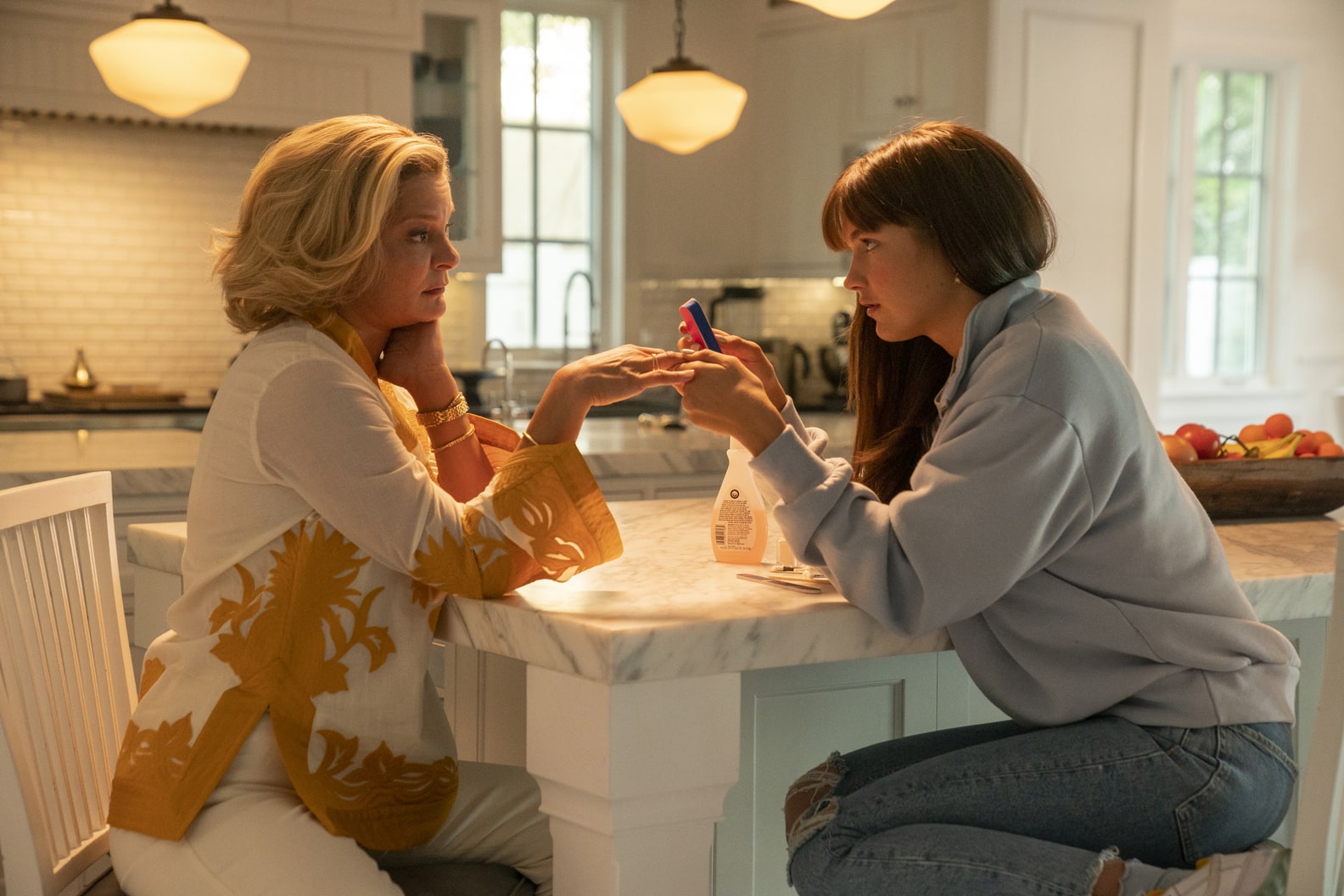 US: I’ve thought about this a lot. [to Chloe] What I absolutely love about you is that you’re so willing to commit to anything. I feel like I could improv anything and you’d be like [claps] “we’re doing it!”. And you’ll just stay in it. It’s so good!

CE: I feel the same way. It’s like whenever we can just improv and play off of each other, it’s just really, really funny. I always wonder if they’re going to use any of it in the show.

CE: I always think “they have to use that!”. I feel like our scenes go really well together. [to Uly] Any time I have a scene with you, I know it’s going to go well. Even just seeing the pilot and the first couple of episodes, it’s usually really hard for me to watch myself, I think everyone feels that way, but it comes to a point where….and this might sound pretentious, but you feel like you’re watching two characters and two other people, and you feel like you can get in it, I feel that. But yeah, we have so much fun. It’s stupid fun.

US: Yeah. And what I think is nice is that our relationship on the show really exemplifies that balance of the humour and the pain that we were talking about. And that’s just a natural thing about the sibling dynamics – it can be so there and beautiful and everything is funny, and then something happens, there’s drama, and suddenly you hate each other immediately. 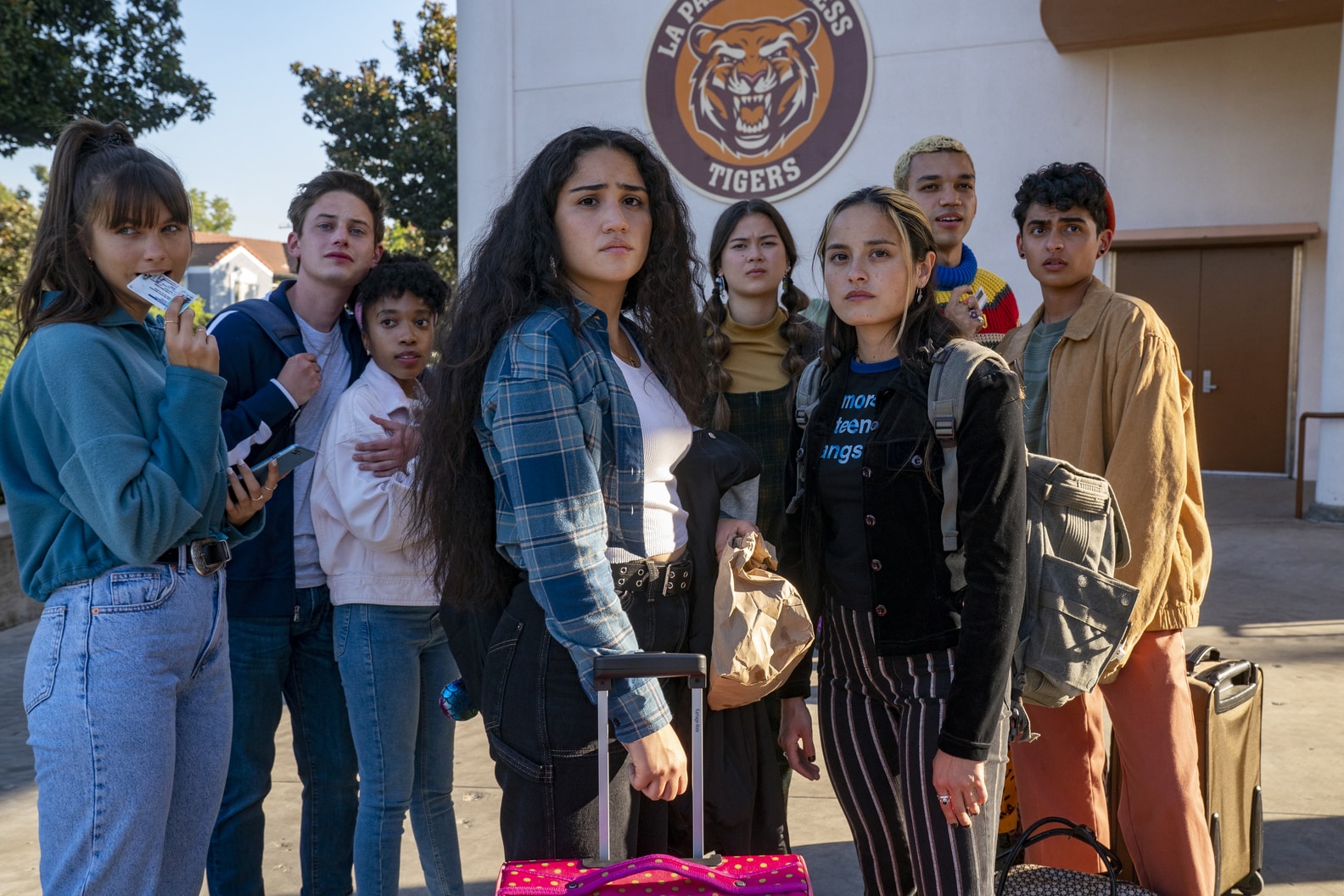 Which teen shows or movies did you grow up watching and how do you think Genera+ion differs from those?

CE: I didn’t watch a whole lot of TV growing up, I watched a lot of movies. My Dad was really big into movies so I watched a lot of movies that I probably shouldn’t have watched. I watched a lot of Tarkovsky movies, I watched The Godfather way too early. [laughs] I think the only teen shows I would watch is if I was over at my friend’s house and we’d watch iCarly or Good Luck Charlie. So I’d watch some of those Disney shows, but I don’t think there was a space for our kind of show when I was growing up. I think the way that the media has progressed and the way TV has developed is very different from the media we had. We didn’t have a lot of truth. There were a lot of entertaining pieces but not a lot that we could relate to, not that I’m fully aware of. I think now we have all of these shows that are so truthful and so honest and I think that’s what people want to see now. They don’t want to see the perfectly polished TV shows. They want to see the messy show where you can relate to the characters, and we didn’t really have that growing up.

US: Honestly, when I was younger I watched a lot of Food Network and reality TV, so I feel like I have a bad sense of comparison for our show. But yeah, I think what Chloe said is spot on because it’s all about authenticity now and seeing raw, real stories being told and I think our show does that beautifully. 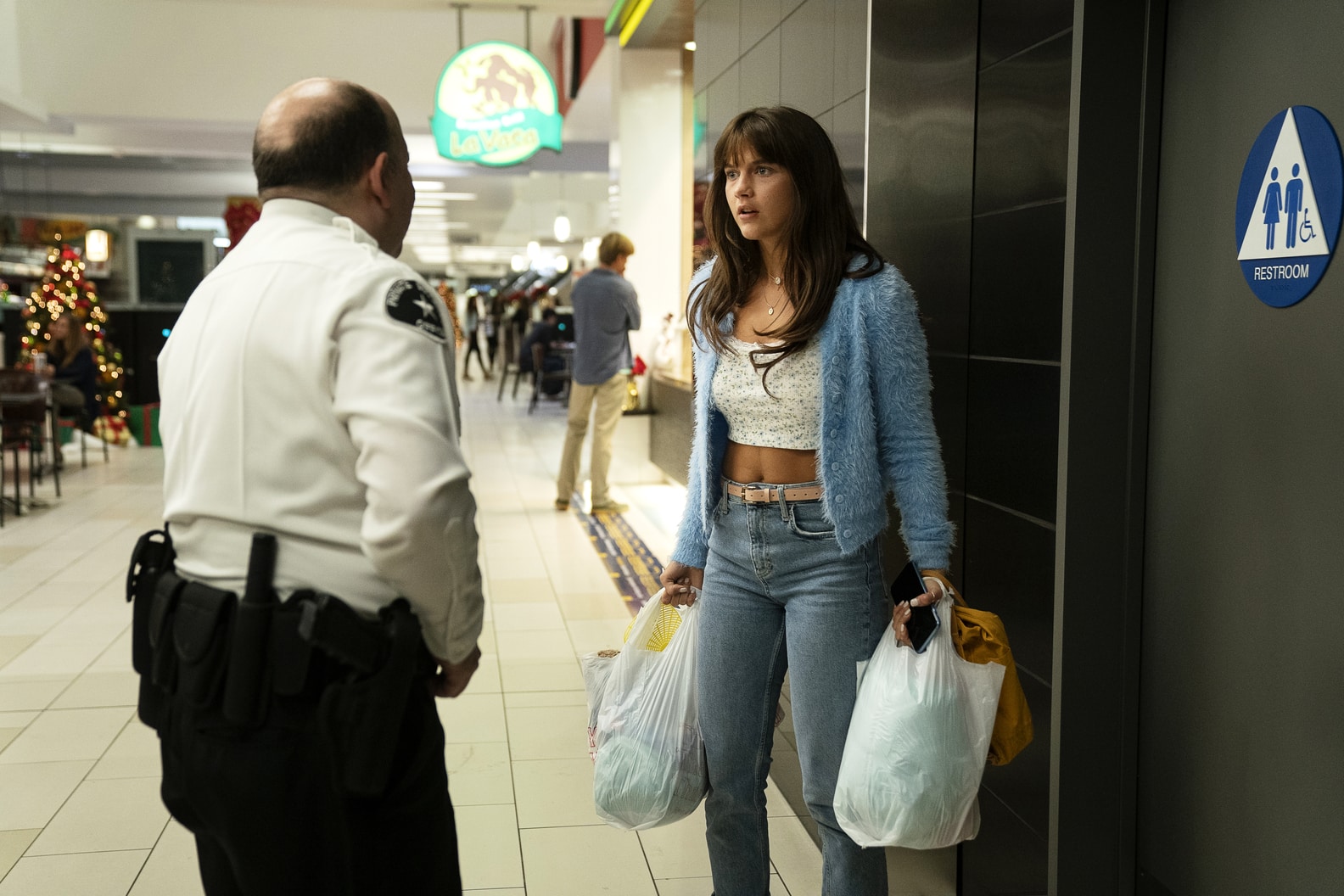 Chloe, you’re part of a funny sequence that begins each episode and unfolds as the episodes progress. What was it like filming that sequence?

CE: So the scene I auditioned with are the scenes we open the show with. I don’t think of myself as a funny person, but my friends tell me I’m funny [laughs], so I’ll take it! I just had so much fun with the humour in the script and I said “balls to the wall, let’s just do this! let’s let everything go! I don’t care what I look like, how loud I am, etc. This is such a crazy scenario and I just want to go for it.” It really does take being vulnerable and letting your guard down and letting yourself go. Those scenes were just so much fun to shoot. They were all night shoots in my mall that’s up the street – the Glendale Americana – and we shot through the night. It was just weird and everyone was sleep deprived and we felt like the whole world was happening around us that we just couldn’t understand, and I think that’s what the characters feel, too. It was just so hilarious and funny. 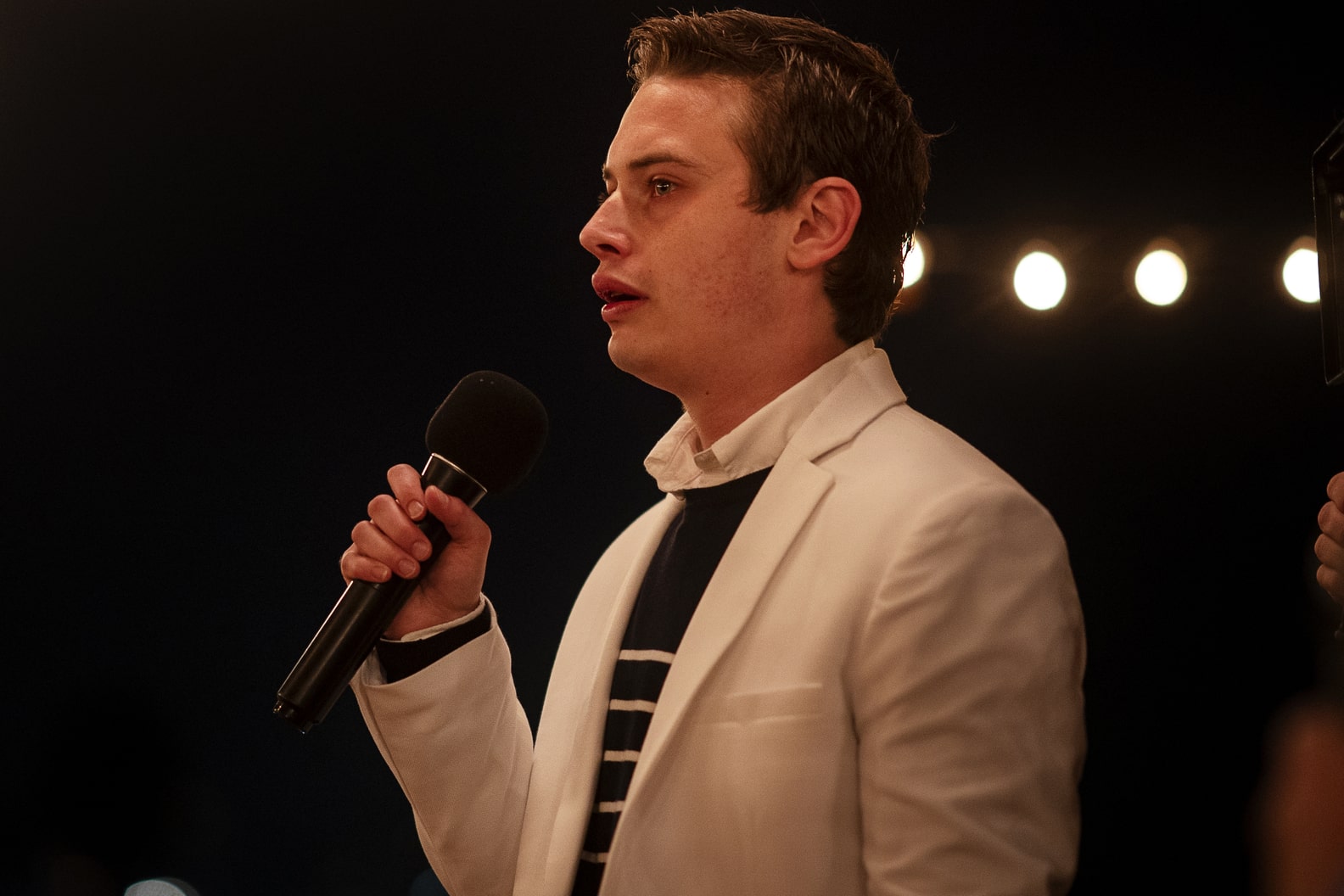 Uly, your most powerful scene is Nathan’s coming out scene at the wedding followed by that huge jump off the yacht. Can you talk a little about working on that scene?

US: That was one of my audition sides, and it changed so much by the time we got to it. What struck me about it was that, to me, I always think about it from Nathan’s perspective and I think of it as such a heartbreaking, brutal thing to accidentally come out to not just your whole family but an entire group of strangers on a yacht. That’s the most horrifying thing I can possibly imagine. So I feel like it was pretty easy to nail that part of it, and we were there on the boat with all of those people in front of me, and it’s scary to be in front of that many people already.

CE: It was awesome seeing Uly do that though. Mad respect! It was amazing to see him perform that scene. I think everyone felt it so much. Even seeing it afterwards, it’s like “ah”. You don’t expect it to look how it does when you’re shooting it and I think just the style of the show is amazing. Everyone was rooting him on when he was in the water. It’s probably one of my favourite memories from shooting the show.

US: Yeah. In terms of the jump, I absolutely did not jump. [laughs] Absolutely not. I am terrified of heights and water, so no. We had an amazing stunt person. I remember standing off of the boat watching and thinking “is he really going to jump?”, and then all of a sudden he did it, and I was like “wow”. I mean stunt people are just insanely impressive. I could never do what they do.