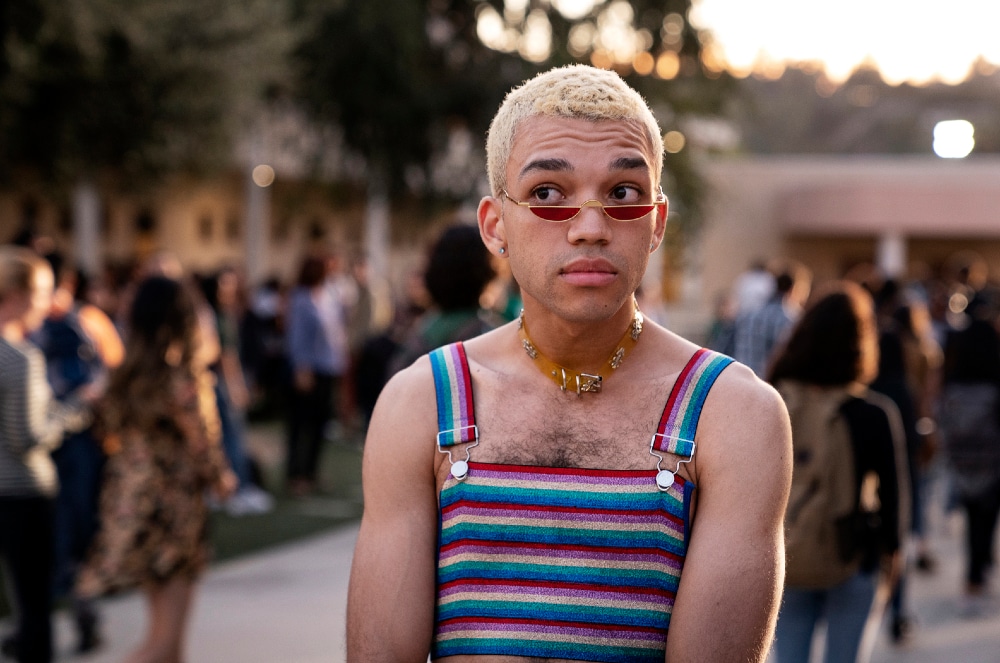 Appropriately, Genera+ion‘s Justice Smith was the sole young performer that was not paired on the recent virtual international junket, as Smith’s performance as Chester on the HBO Max series is a whirlwind of a role and screams “breakout star”. We have been following Smith’s career through All the Bright Places, Jurassic World: Fallen Kingdom and Pokémon Detective Pikachu (as well as his stunning portrayal of Zeke in Baz Luhrmann’s The Get Down), but his mesmerizing turn as Chester is another level. With any justice (I couldn’t resist), this performance will be celebrated for a lengthy amount of time.

I was delighted to chat with Justice Smith during the aforementioned junket, and the following is an edited and condensed version of our Zoom video conversation.

Why were you drawn to playing Chester?

Justice Smith: I’m always looking to diversify the roles that I play. I’m a young actor so as I’m staking a claim in my career, I’m making sure that audiences know that I’m not just one thing. I can very much play a multitude of characters. Comedy is a home for me. I grew up being very scared of comedy and being more drawn to drama, but then for some reason, I kept getting cast in all these comedies or comedic roles and I found my love for it. But my favourite genre is the one that bends the rules – kind of like Genera+ion, which is a dramedy. This character is incredibly nuanced and has a lot of profundity to him, but he’s also incredibly humorous and has fun and is lively. So getting to play something that is a balance of those two things is the goal every time. It’s not just tragedy porn and it’s not just a zinger comedy, it’s that fine line, that amalgam. 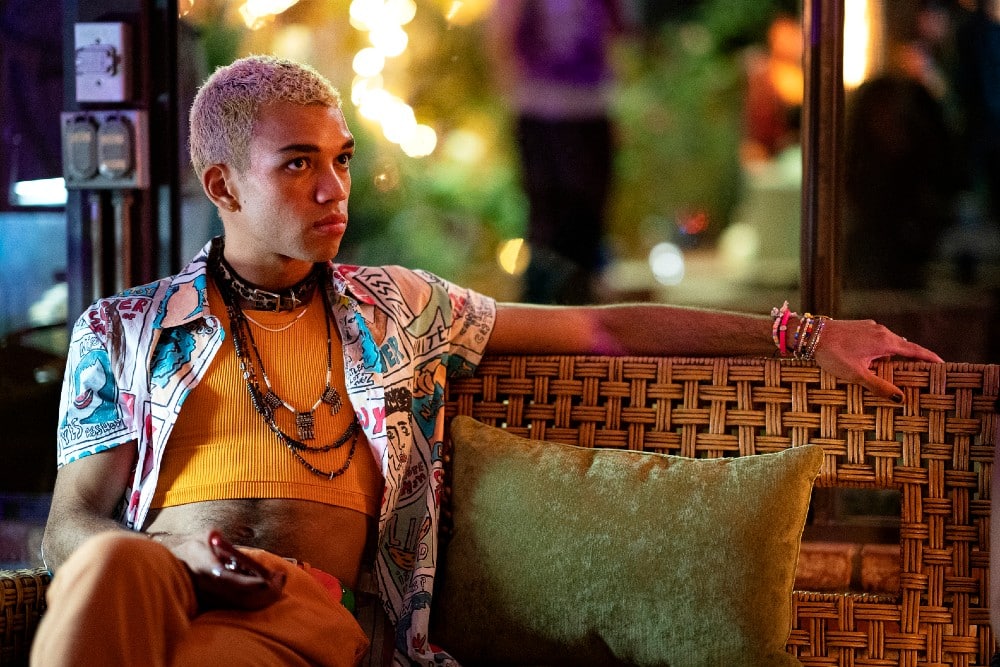 How would you describe Chester and which aspects of him did you enjoying playing the most?

JS: I would describe Chester as a very bold, present force of nature. He has so much ferocity to him and detests anything basic and embraces all of his idiosyncrasies. He’s here to be seen and for you to know that he is here, and that is very cathartic to play. I love getting to play dress up and wearing these outfits on set and stepping into this power that I’ve never stepped into before, you know? It’s like putting on a superhero cape almost. That’s my favourite part of playing Chester. [laughs]

I loved your scenes and interplay with Nathan Stewart-Jarrett. What was it like collaborating with him?

JS: Yes! I love him so much! He is amazing. He’s so great. We just really got along, creatively. I mean we got along personally as well, but we just have a similar language when it comes to our work. [laughs] Nathan does this thing where after every take, he goes “Oh that was bad what I did. I don’t know why I did that.” And I was like “You just gave the performance of a lifetime. What are you talking about?!”. Every single time they say “Action!”, I’m so mesmerized by what he does, and then they yell “Cut!”, and he’s like “I don’t know why I did that. Remember when I did that one thing?”, and I’m like “Nooooo. You were so great!”. But I think that’s just his humility. He’s just such a pleasure to have on set and to do scenes with. I’m very fortunate that most of our scenes are together. 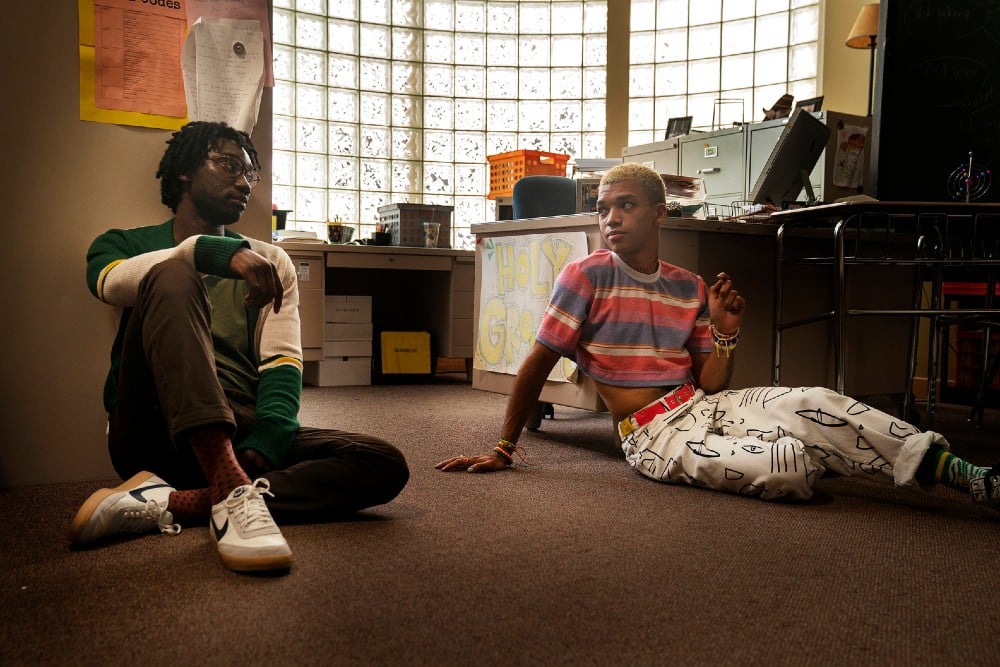 Do you have a favourite moment of Chester’s?

JS: Yes. [laughs] I do. But I can’t really say what it is because it’ll spoil the show. You watched the first four episodes, right? So out of the first four episodes, I’ll say that I really liked Chester’s walk, his introduction walk, where it’s playing that Todrick Hall song, I think that’s really powerful. For research for the show, I watched every season of America’s Next Top Model and also every season of Drag Race, and I was channelling everything that I learned about runway into that moment. [laughs] I was thinking “I’ve got to make these people proud because I can’t be out here in this crop top looking busted, so I’ve got to really pull it together.” But yeah, I really liked how that moment came out on the show. 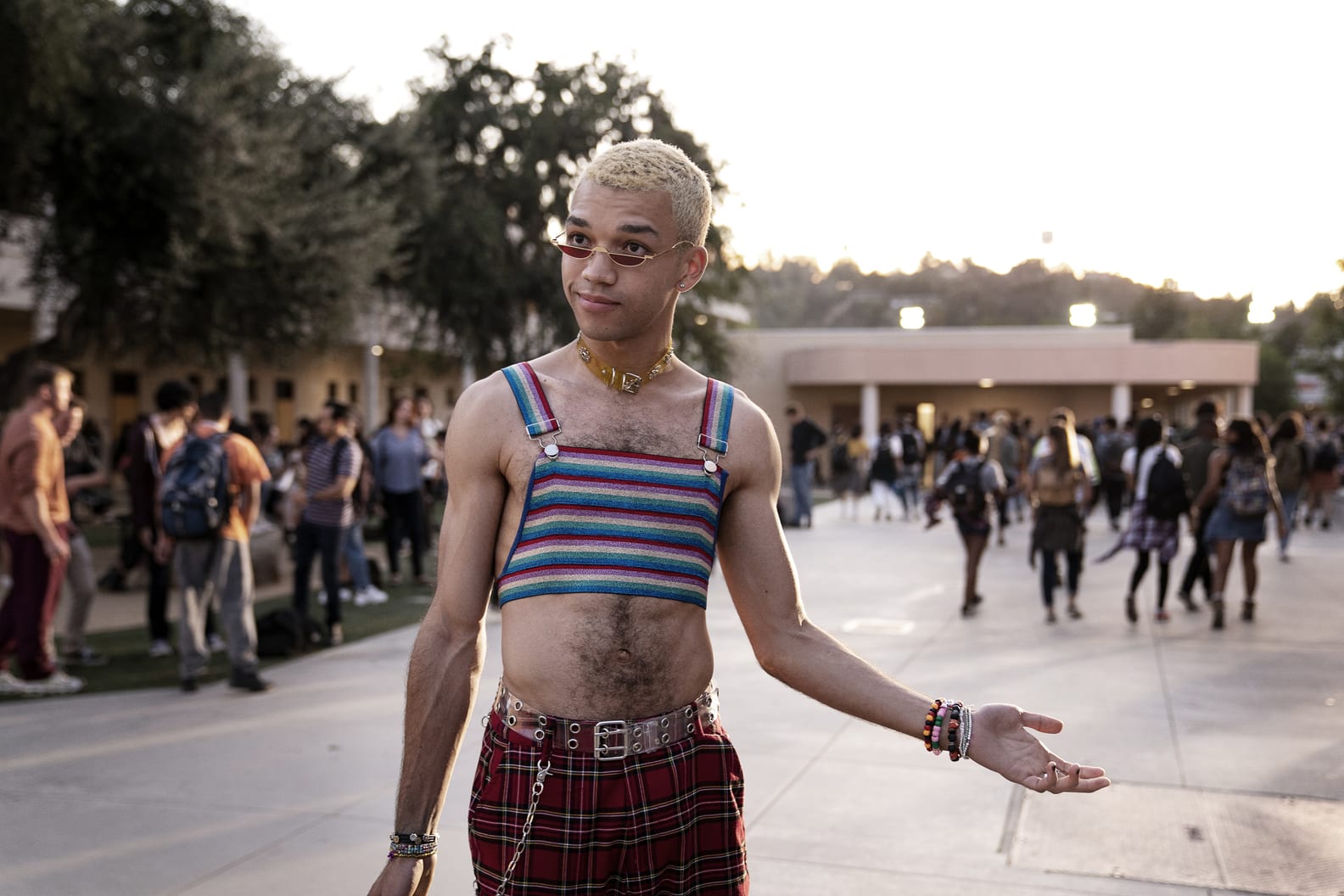 What are some of your favourite down time memories?

JS: [laughs] The cast would hang out a lot. We’d always be getting together to play games or watch stuff or get food. This cast is a family and I have some really special memories that I’ll take away that I’m trying to cipher through right now in order to say an appropriate one. [laughs] I’m trying to think of one that’s family friendly. Often, we’d eat together in the trailer and just shoot the shit and make jokes. Chase Sui Wonders, who plays Riley, she’s an amazing impressionist so she’ll often do impressions of different people in the cast, which always has me dying laughing. Yeah, I wish I could give you more but I don’t know if they’re family friendly. [laughs] 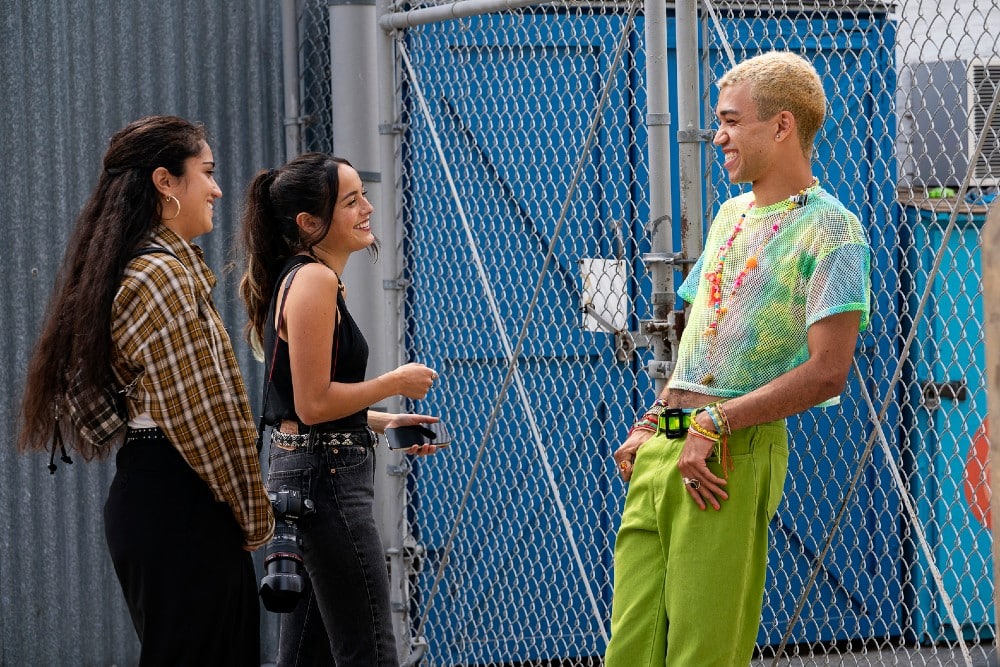 Which teen shows are you a fan of?

JS: I remember one of our directors on the show said “Genera+ion is a lot like My So-Called Life, except everybody is Rickie”, which made me laugh a lot. I mean I used to watch the U.K. version of Skins growing up, which I was a big fan of, but the beauty of teen shows is that they’re all individualistic and I think HBO Max does a good job of showcasing all the different facets of teenage life. I feel like for the longest time we’ve shown all the facets of adult life but for some reason, teen life into its own genre. If there are teenagers in it, it’s a teen show. But this show is so different from Euphoria, which is so different from We Are Who We Are, which is so different from Skins, and on and on. I’m happy that we’re getting to this new age where ‘teen’ isn’t a genre.

You’ve been in some incredible projects like The Get Down and Jurassic World: Fallen Kingdom. Have you received any pieces of advice along the way that have helped you?

JS: I wouldn’t say it’s something someone said to me, but I’m often observing the way that people I admire operate on set and trying to replicate that, especially when leading projects. I remember when I did Jurassic World, I watched the way Bryce (Dallas Howard) communicated with the director and how she commanded the set. Not in a way that was forceful or imposing, but in a way that was collaborative and valuing her own ideas and putting her own stamp onto the project, and that’s something that I took away. But then there are other things, as well. I worked with Isabelle Huppert on this off-Broadway play (The Mother) and she taught me, again, by example, about character work and approaching character like it’s not something separate from you. She very much sees her characters as different states of her being, and that’s something that I apply to my work now. Don’t chase something outside of me, but look within. “Who would I be if I lived in this circumstance? or dressed this way?” or any other given scenario. So yeah, I’ve been very fortunate to have worked with all of these amazing directors and actors and have watched them – that’s where I get most of my inspiration from.