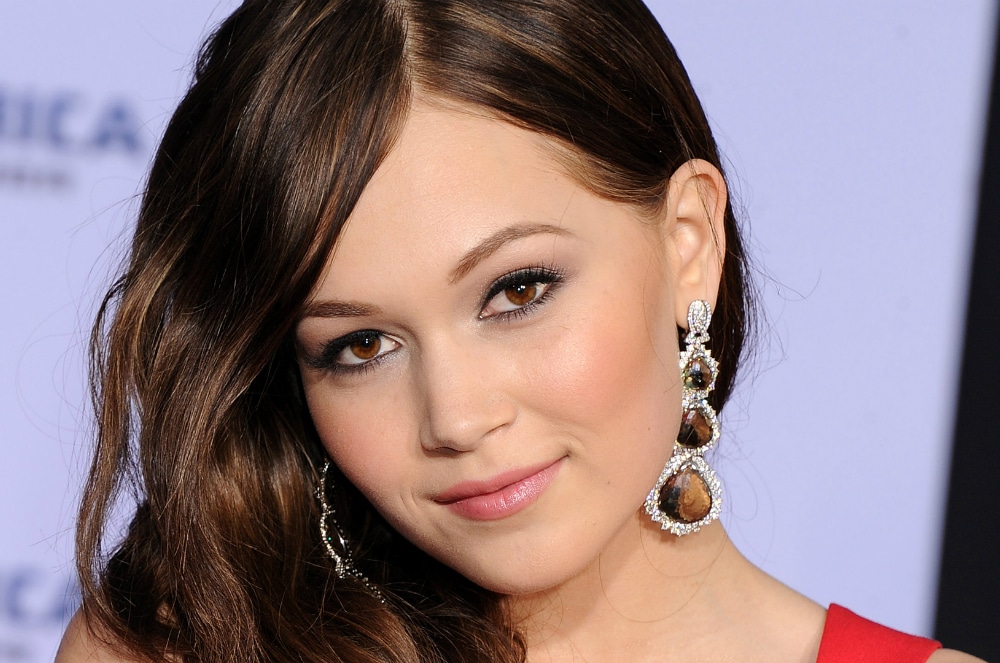 Kelli Berglund is perhaps best known for her work in the Disney XD show Lab Rats, but she’s switching gears by starring in the highly anticipated horror film Ghost in the Graveyard, alongside Stranger Things‘ Jake Busey.

We spoke to Kelli Berglund by email about the upcoming film, some of her fashion aspirations, her work with Audrey Hepburn CARES, and her memories of filming in a particularly freezing cold location.

Brief Take: Tell us a little bit about your character in Ghost in the Graveyard and what you liked best about playing Sally Sullivan? Do you have memories of the freezing cold set?

Kelli Berglund: There’s a lot more to Sally than meets the eye. While she comes off introverted and quiet at times, there’s mystery behind who she is that is much, much deeper than a lot of people can comprehend. As the movie progresses, you’ll see a gradual change in her as she begins to realize who she really is. I was able to challenge myself, especially in “high stakes” scenes that involved heavy action and emotion. I can totally relate to side of her that is a teen dealing with high school and all that comes with it– bullies, crushes, etc. But I think my favourite part was playing with the dark side of her. And yes, I think the freezing cold, snow-covered graveyard was helpful to the film! Even though my real self wasn’t too fond of it, LOL. What can I say? I’m a west coast girl who’s probably never spent more than 3 days in the snow.

BT: What did you like best about working with Jake Busey and being family?

KB: Jake is a total pro. He dives deep into his work which is the best kind of actor to work with, in my opinion. The father daughter connection was strong, and he truly embodied his character to the fullest.

BT: Do you believe in ghosts?

KB: I do, I think. I believe in spirits and energies beyond our knowledge.. just hope I never run into the bad ones!

KB: I’ve always been a huge fan of the original Insidious film. But I think even more than that, I love Silence of the Lambs which, I guess, is more suspenseful than horror depending on how you look at it!

BT: You are also a fashion designer, launching a capsule collection in 2015, and you recently attended Zendaya’s Boohoo launch. As you are both former Disney stars, did you talk to Zendaya about her personal style and brand, as well as branching out into different industries as you did? Who are some of your fashion icons?

KB: Fashion has been a growing love of mine for the past few years, and releasing my own collection in 2015 opened me up to a whole new side of it. It’s so fascinating because there really isn’t a limit when it comes to clothing. Zendaya has been an icon in this industry, and I think everyone would agree with me when I say she really knows how to take things to another level. I also admire fashion “it-girls” like Bella Hadid, Yara Shahidi, & Rihanna.

BT: Who are some of your dream collaborators in fashion and in acting?

BT: Can you talk a little about your charity work with Audrey Hepburn CARES and how other people can become involved and contribute?

KB: The hardworking people involved in the CARES team are unbelievable. The work they do is heaven sent, I swear. This organization helps abused children get the proper care they need (physically/emotionally/legally) to help them live their best lives after such traumatic events. No child should have to endure the pain of abuse, and the CARES team works each and every day to help it come to a stop. Throughout the years, I’ve helped with fundraisers, visiting the children, and dedicating my own time and money towards helping in any way I can. You can read more about the organization on the Children’s Hospital of Los Angeles website, which I strongly encourage!