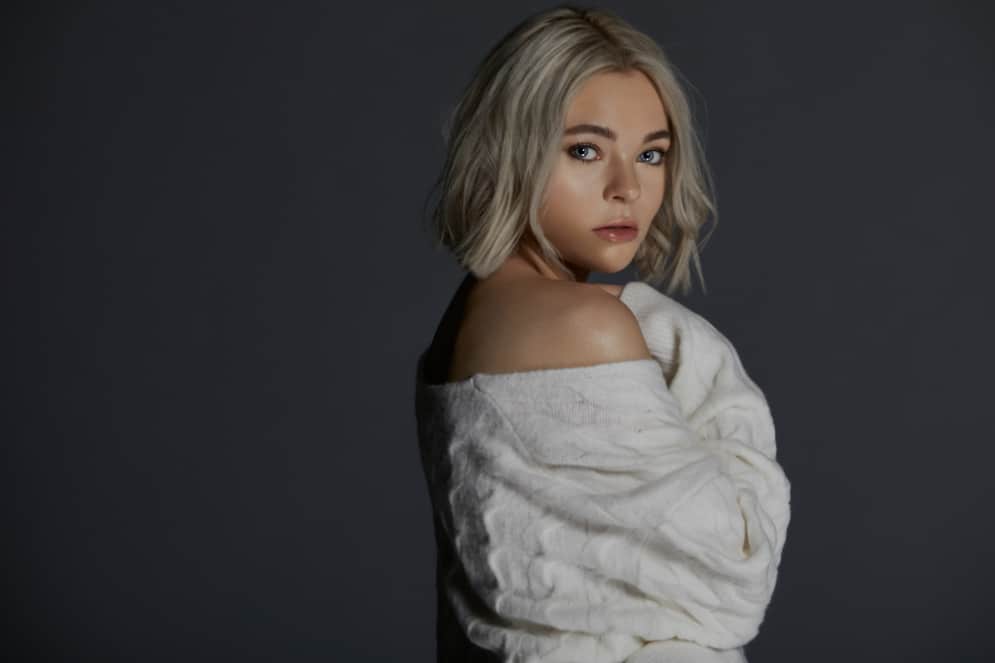 Having the opportunity to speak with Taylor Hickson one-on-one at TIFF, (and immediately before she had the chance to reunite with her fellow cast mates), was a pretty special experience. Hickson is not only an accomplished actress, but she is a genuine standout in the Keith Behrman film Giant Little Ones, which opens in New York on March 1st and later in the month in Canada.

Since the interview, Taylor Hickson has also been a standout on Deadly Class, and the roles could not be more dissimilar. Expect to hear much more from Hickson, and please do see the remarkable Giant Little Ones!

The following is a condensed and edited version of our interview with the courageous Taylor Hickson.

Brief Take: How did you originally get involved with Giant Little Ones?

Taylor Hickson: I originally auditioned for Mean Dreams, so I was familiar with the production team and their work, and I was familiar with Josh (Wiggins) and how strong of an actor he is, very talented, I’d heard nothing but good things about him. When I first read the script, I was obsessed. When I get hooked on something that moves me, I fixate [laughs], and that was one of those projects for me, like the rare handful that have done so. I was laughing, I was crying, all of that was there, the writing was authentic, there was nothing false about it. It was just very real, it was coming from a real place, and I think that’s what got me.

TH: Yeah, it does! Everyone was asking: “you’re a lead in this film? I only saw you at the beginning”, and I’m like “oh, just wait”, and they also found it interesting how my arc came halfway through, and there are fine, minute details. It’s a very intricate film and it leaves you thinking. There is a lot that is implied. It left me with so many questions when I finished the script that I emailed (director) Keith (Behrman) and I said: “this sparks so much memory from my own personal experiences and my high school experiences”. And the way that it captures those dark parts that are just bringing to light now, like the Me Too movement and with all of the icons that we are losing to substance abuse and to mental illness, it is a really great time for the film to come to light. (The news had just come to pass that Mac Miller passed away). 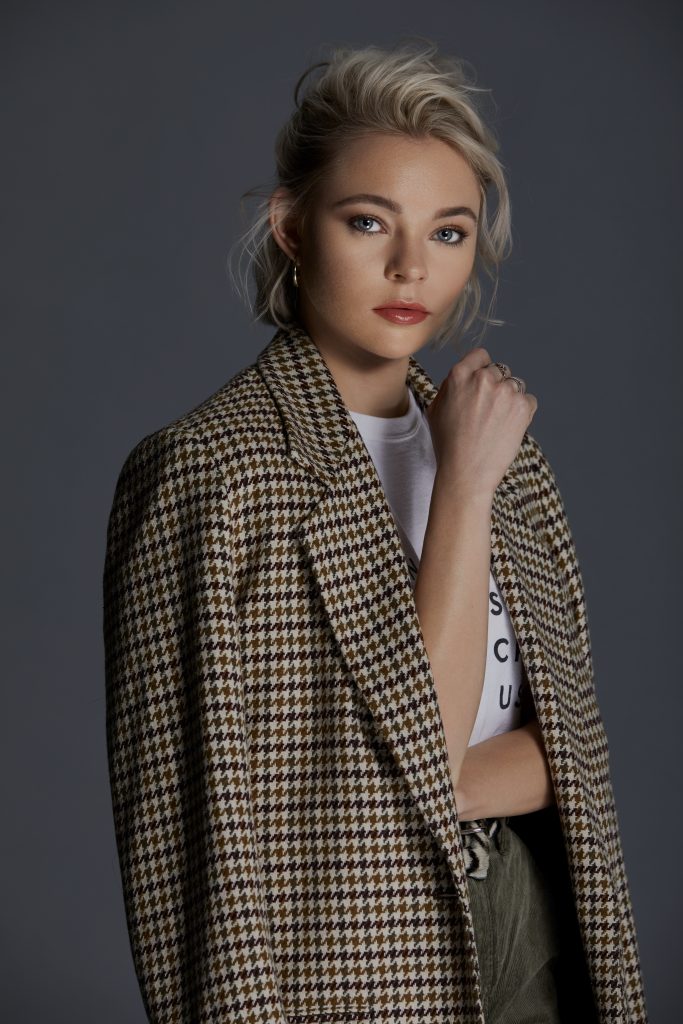 BT: What did you like best about working with this cast?

TH: I made connections and friendships working on the film that were indescribably magical. I went through a really tough time in my career just before, and it really gave me hope and I found love in what I do again. It helped me remember why I got into the art that I did, and it’s the people in the room over there (gestures to the next room in which the rest of the G.L.O. cast and crew is setting up) that really helped me.

BT: You had said that you were inspired by Deadpool?

TH: Yeah! [laughs] So my very first film that I ever booked was opposite Anthony Hopkins, and because I was driving such long hours to go to auditions and I wasn’t focusing on my music like I had originally planned, my parents thought I was off on a goose chase and I wasn’t taking anything seriously. So they sat me down and said “this is dangerous, you’re driving the Coquihalla Highway—which is a very dangerous highway in the winter—back and forth multiple times a week.” They were like “this has to stop, it’s not going anywhere”. So I booked something opposite Anthony Hopkins and my parents came and [laughs] we got up at like 3 in the morning, and they saw the whole thing unfold and they were like “awesome, you got really lucky with that”. So I kept going to auditions and my parents said “you know, I think you just got lucky with that one” and that was when I booked Deadpool. So walking from an indie set—a very green actor, on to this massive Marvel production. It was mind-blowing. And my parents were there too and I think that having them fully believe in what I was chasing, for the first time, was a major part of my drive. It was a major component of putting all the pieces together to find that love for my craft.

BT: Your role was very important in the film.

TH: [laughs] I thought it was very minuscule, and when I first watched the film, I was like “I don’t know why this is here, but I am not complaining”. [laughs] But it was a super fun experience. Ryan (Reynolds) is exactly how he comes across on film and television – very very funny, very funny guy. 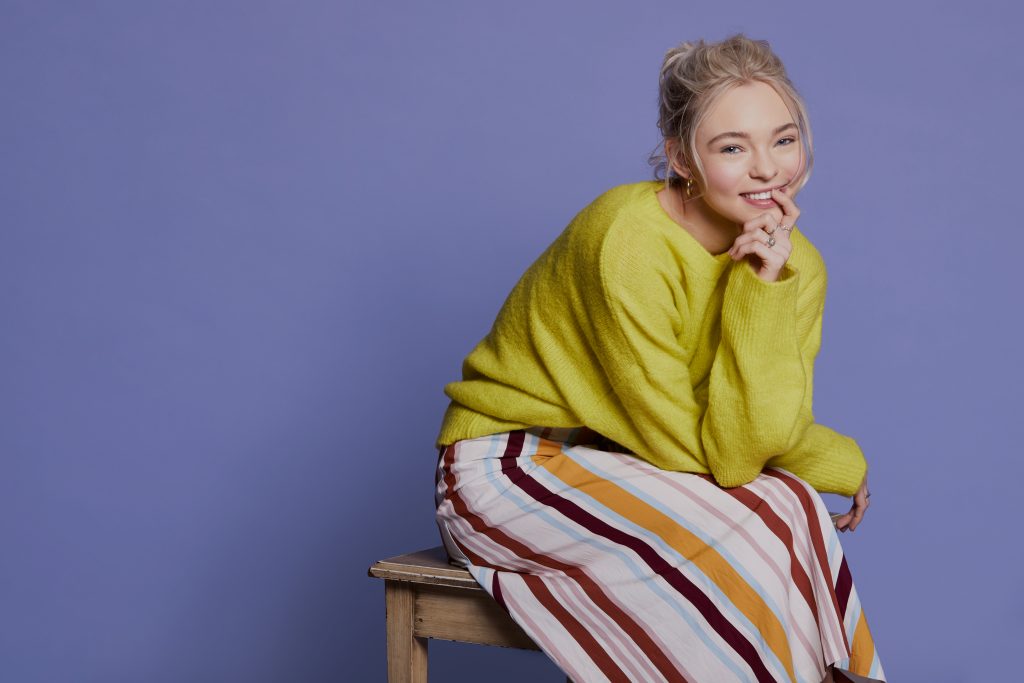 BT: Do you feel like you have a common theme running through your performances?

TH: Absolutely. In every role that I portray, I find bits of truth and human connection in all of them, no matter how far away from me that they may seem. I’m a very empathetic person, [laughs[ overly empathetic person, and I think that this really helps me fit into the shoes of my characters. I play very diverse roles — like I’m playing a very moody goth girl right now. I’ve played drug addicted characters, I have had very lost ones and ones with father figure problems. I touch a lot of dark places with my characters. I personally don’t experience any of these things, but I think that because empathy is a strong part of my personality, that it created a good space for me to become an actor.

BT: What about in this film?

TH: This one in particular, there was a lot of truth and connection for me to Natasha—there were a lot of likenesses between us. Growing up, I had a lot of similar experiences and I know millions of men and women can say the same thing. Obviously there were really hard places to which we had to go with it, but they were very honest. I really hope that shows in the film.

BT: But also a different look. You tend to shrink down in the film.

TH: [quickly] I do. I’m also much more sheltered in this character. Even seeing a couple of clips, I actually did it subconsciously. My voice was smaller. I didn’t have as much projection. I didn’t stand as tall. My eyes tended to look at the floor. [laughs] I think that was all parts of revisiting my high school experience, because I really didn’t grow out of that until I came out of high school and started figuring out my own shit for myself. A lot of that was revisiting some dark spots that I lived with in my teens. I’m finding my confidence—I’m only 20 years old, so trying to find my voice and my place, I’ve been doing that since I was little, and people do that all their lives. You piece yourself together and you change, so obviously I’m much different then I come across on screen, but there is a lot of truth and a lot of my authentic self in Natasha.

TH: For myself, I mean my day to day struggles, I don’t need to share. I mean not everyone needs to know that I’m going on Facebook and crying over a cat video. [laughs] There are things that are intimate to me, but I feel like there are things that are important that I also need to share, as in anxiety, mental struggles, addiction. Everyone experiences these challenges in different ways and in different parts of their lives, and I’ve always wanted to be a person in my friend and family circle to which others feel that they can come, when they are struggling or low, because I want that for myself—to be able to go to my friends and family and say “I’m not doing well, I’m not okay, I need to talk about this and I need your support.” So I try to give that to others and spread love, and I want to be that for other young women. It’s silly, but a little goal of mine is to have a little girl look up to me and say “Mom, I want to be like that one day”.

BT: What about in terms of who you look up to?

TH: Who I look up to? Wow. In terms of career, perhaps Emily Blunt. She’s phenomenal in every role in which I’ve watched her, she’s mind-blowing. I’ve worked with a lot of the same make-up artists which she’s travelled with. They say amazing things about her — how she is funny and sweet, and I think that stuff really reaches a long way. Someone once told me “The people you see on the way up are the ones that will greet you on the way down”, so that’s why a message about love and treating people with kindness is so vital because what these people have going on in their personal lives, you don’t know or understand, so it’s important to touch everyone with grace and humility. 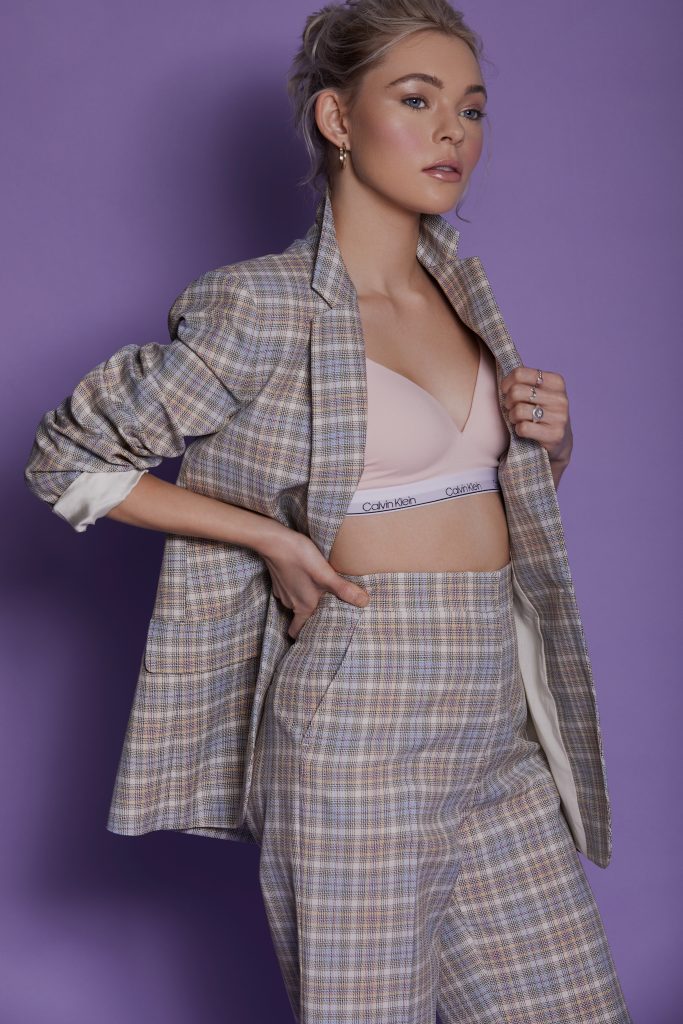 BT: How would you like people to watch this film?

TH: In as big a theatre as possible! Always. I think that watching on a laptop will do it justice too. If you have a pair of headphones and you can hear and see the message and receive the message, that’s all we want. That’s all we’re trying to get across. If you watch it on an airplane, on your phone, it’s all we want—as long as you’re paying attention.

BT: What do you hope that an audience takes away from Giant Little Ones?

TH:  I’d love to move people with the project we made because we put our heart and soul into this film. And I want to see it affect people the way that it moved us. It definitely touches all walks of life, so I’m excited to see where it reaches.