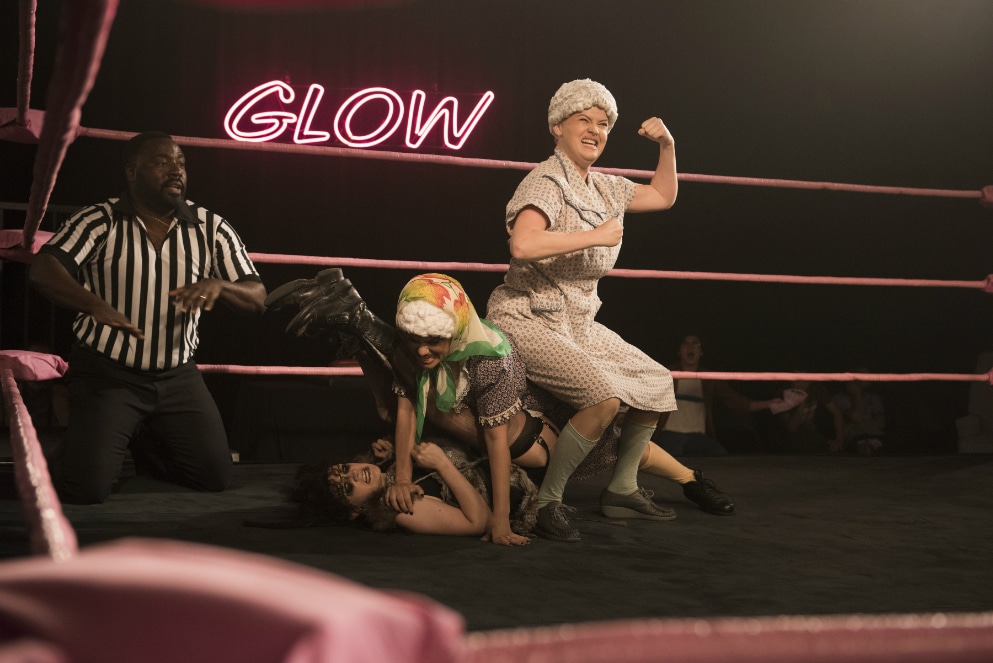 Kimmy Gatewood of GLOW really gets it. Her character on GLOW is Stacey “Ethel Rosenblatt” Beswick, and along with real life friend Rebekka Johnson playing her tag team partner Dawn, the actress and director also discussed with us her experiences working frequently on projects with Rachel Bloom, as well as working on Conan as pretty much everything. Above all, Gatewood champions women behind the camera, which is a staple of the series.

Here is a condensed and edited version of our chat with the incredible Kimmy Gatewood.

Brief Take: How does it feel to be on GLOW with Rebekka Johnson?

Kimmy Gatewood: A dream come true and something that is so rare in this industry when you can audition with your best friend and comedy partner of ten years, for a show about best friends and comedy partners. [laughs] So it’s really fun to experience this because we understand each other on a whole other level, how hard we worked together to get to this point, it means so much to both of us. 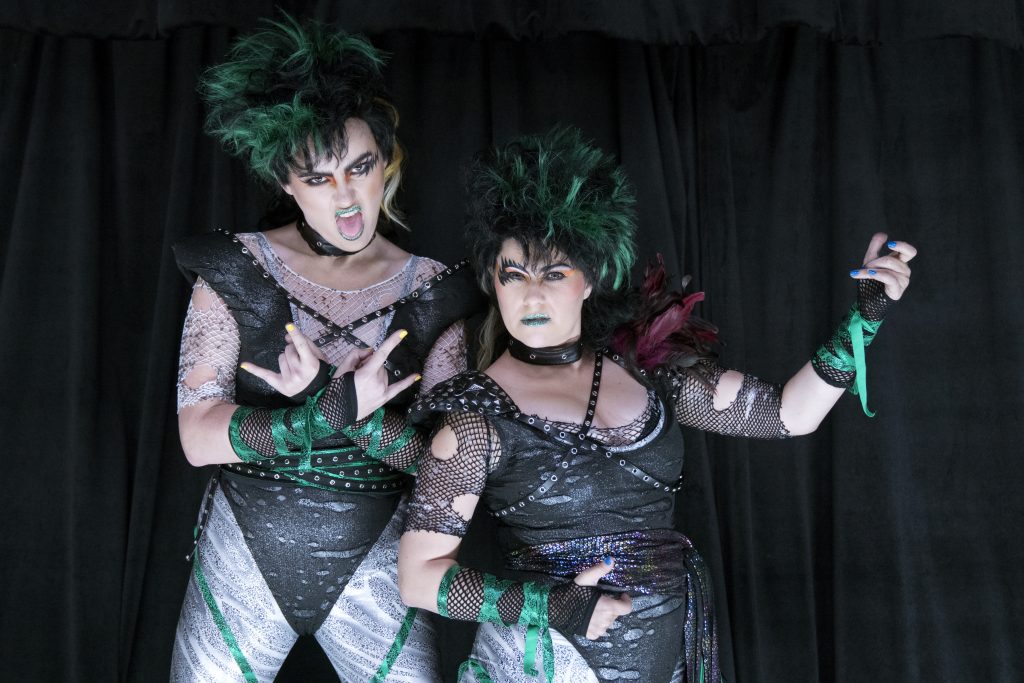 BT: Did having a working partner then help you in getting acquainted with the rest of the cast?

KG: Oh yes, absolutely. We really gelled as an ensemble when we did wrestling training together. And when it’s something that you have to be completely trusting and selfless, give your whole heart, body and soul, but body mostly, to someone [laughs], that is more intimate than a love scene, really, because you’re in true danger sometimes. So I think we bonded a lot and though Rebekka and I have known each other for a long time, it’s nice to go in there together, but we were instantly absorbed into the amoeba of love [laughs] that is GLOW. 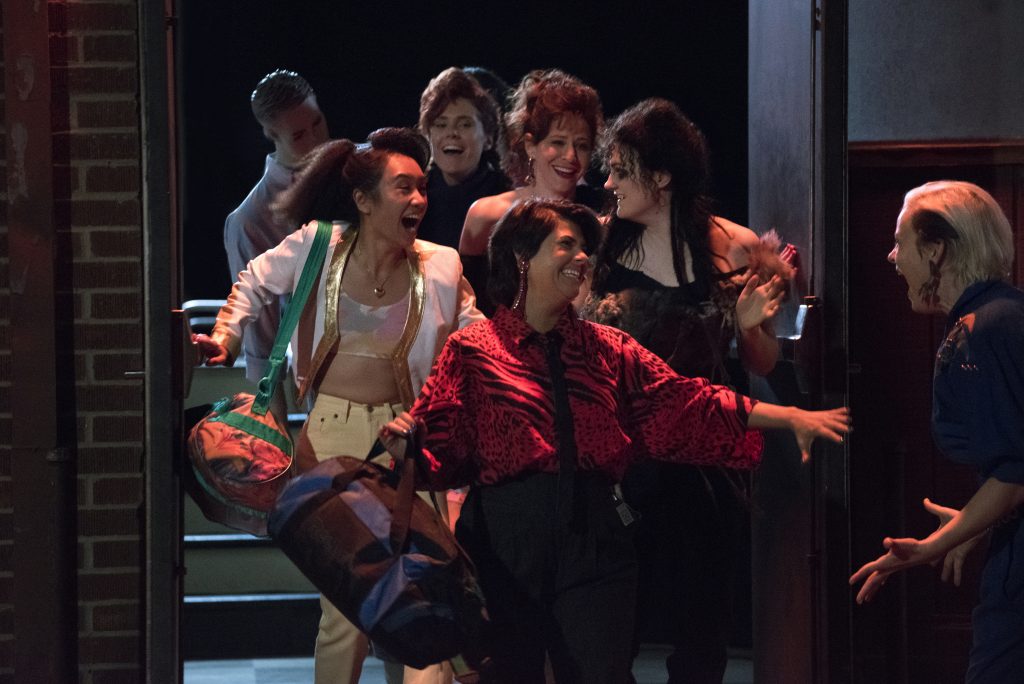 BT: What can we expect from GLOW season two?

KG: Season two is going to be jam packed with bigger wrestling moves. We’re in our wrestling costumes for the majority of season 2 and so the girls get more competitive. Debbie is going to try to be one of the producers of the show and the women are going to try to take charge, period. Dawn and Stacey, we see steal a gimmick from another character, which is like a huge deal when you’re in wrestling. 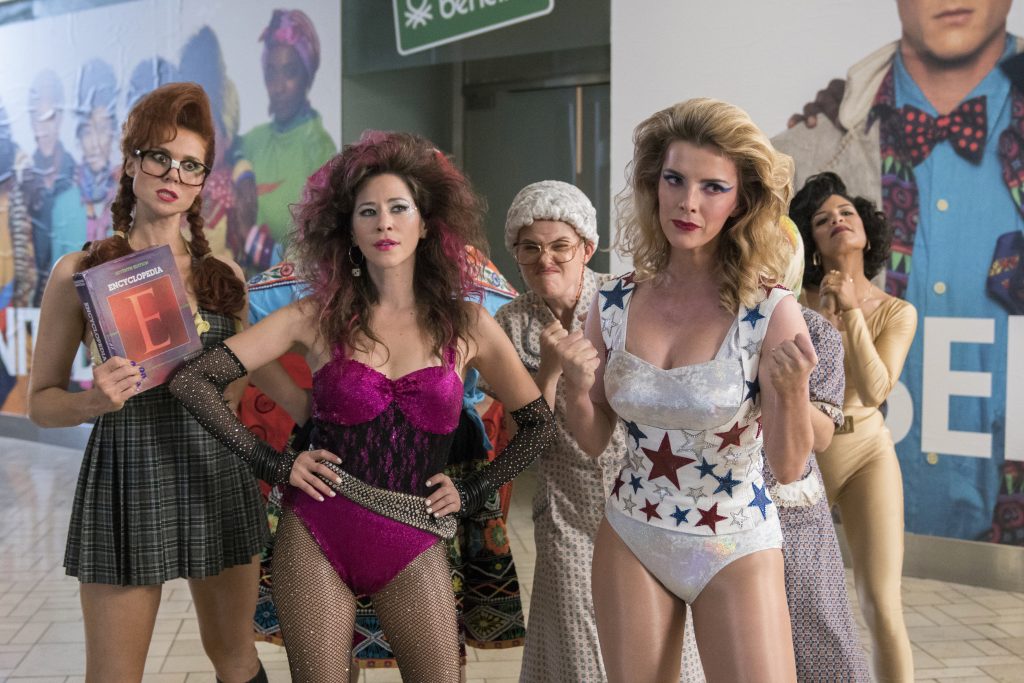 BT: Do you find it funny to be making a show about the making of a show?

We have kind of a cast joke, they’re called “GLOWmens”, instead of “omens” when something from our real life ends up in the show, which is quite a bit. [laughs hard] So we’re not sure if it’s a psychic bond that we all share. [laughs] 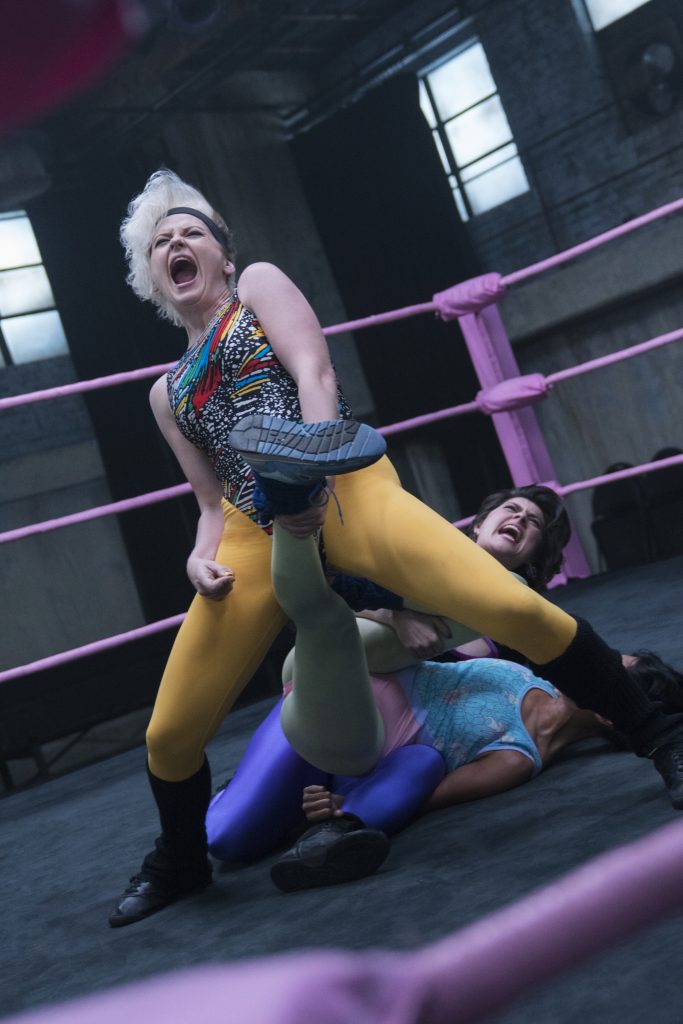 BT: What was your experience at the Netflix FySee Rebels and Rulebreakers event like?

KG: I was there supporting our showrunners and Alison Brie, along with some of my castmates, Rebekka, Britney [Young], Jackie [Tohn], and Kia [Stevens]. We were there supporting them, and I think that the most interesting conversation that’s came out of that day, which, I was so glad that I was there, was talking about being a woman in this industry, and hearing the personal tales of people who are pushing past the glass ceiling and who are struggling, that we still have so far to go. It’s very inspiring. I’m also a director for TV and some for digital, and it’s been a long journey, and to be surrounded by women who are still on the ground fighting and doing it smart and with courage and encouraging other people, so we can bring more equality and diversity into this business.

BT: It certainly feels like your performance as Hillary Clinton in Epic Rap Battles of History was foreshadowing.

KG: Yeah, I shot that in a weekend while I was filming GLOW, and I think that we can all agree that it was a strange time to be filming a show about female empowerment. [laughs] We all thought that we were going to be wrestling with the first female president and it was quite the opposite, so it kind of brought a new meaning to everything that we’d done. [laughs]

BT: What has surprised you about GLOW?

KG: The thing that surprised me the most is how present everyone was. We knew that we were all there together, but when I watched it, even the moments where someone didn’t have dialogue, you could feel the reaction, and that really sang on the screen louder than I guess I expected and I also, watching a performance live and in person, is one thing and you feel it. But then when I was watching all of our leads, Alison [Brie], Betty [Gilpin] and Marc [Maron], I was just profoundly moved by how they truly were giving and I’m so glad that the camera captured it because they were so amazing.