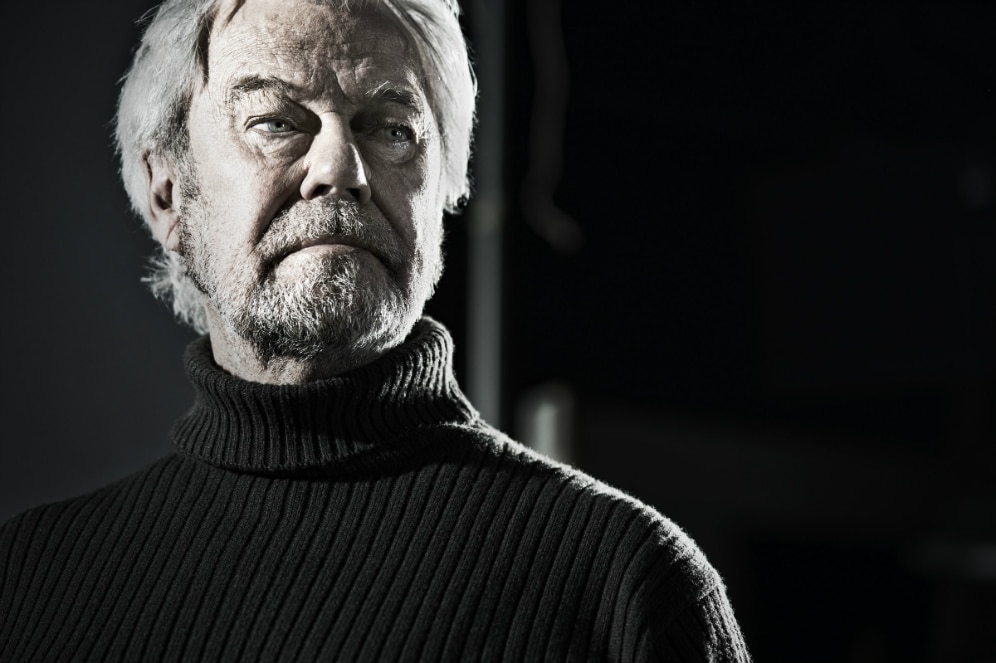 If one happens to talk his or her way into an interview suite in a downtown hotel housing one of the greatest living actors (at 87 years old) along with his biographer, here’s some advice. If the actor is eating popcorn and offers the interviewer some, take some. It’s the hospitable thing. This is the situation in which I found myself on the back half of TIFF, after a long day of interviews. The opportunity to speak with the legendary Gordon Pinsent and Oscar-winning Brigitte Berman about The River of My Dreams is a great one. The iconic Pinsent was sharp and surprisingly candid, especially about the Oscars. Here is an edited version of our conversation.

Brief Take: *munching on popcorn* This is really good. Nice and salty. Your work is still unfinished. You play the voice of the Bear in the film Two Lovers and a Bear.

Brigitte Berman: It’s a living portrait. I realized how important the river was, both physically the Exploits River in Newfoundland, but metaphorically for Gordon, for us as filmmakers, the River of Life, moving along, where do you stop, what happens, and you keep going and keep moving.

Brief Take: How did you feel about it, Gordon?

GP: I was holding back for a while, I was used to that sort of thing, being able to excuse myself. Because I didn’t want to…I said drunkenly, I’m tired of me, I’m tired of all that. There might have been a bit of trickiness in it, from my standpoint, but I thought, “I don’t think I’m a terrible person to tell the story”, so  I’ll tell my stuff, and it began to feel safer, with material or anything else, because I didn’t mean any harm to anyone and let’s just find out where the qualities are and find them all religious until they are all done. So it’s not hard, I didn’t find any of it ridiculously hard, not at all.

Brief Take: What were some of the standouts for you, Brigitte?

BB: I was quite amazed by Norman Jewison. What an incredibly generous interview he gave about Gordon. They knew each other in fifties television for CBC. Richard Ouzounian speaks extremely well about what Gordon means to the country. We didn’t want this to be fluffy people, but those who could go a little deeper. Christopher Plummer is a very funny interview about Gordon encroaching on him so to speak, when he was a young whippersnapper in Stratford. Mary Walsh was very giving, when we flew to St John’s.

Brief Take: Gordon, why do you think you didn’t get any Oscar consideration for your incredible performance in Sarah Polley’s Away From Her?

GP: Julie Christie was at the Oscars walking the red carpet, and she turned to Sarah Polley and said *doing an impression* “Where Gordon? Where’s Gordon?”. “Gordon is in Toronto, he can’t get a ticket”. *laughing* I had no thought of seeing myself jumping up and down and looking through the window. The distributor, even though my part was very major, I didn’t put myself in for Best Supporting and we put the support behind the women. There’s something odd that happens when we feel you have to throw your own self around just to try to make something happen, and the selling job you have to do, I thought, no, I’ll just as well stay home.

Brief Take: You’re so well known in Canada and in the U.S. maybe they just don’t have the same understanding.

GP: That’s right. In many cases in film, you’re getting a fake idea of endearment with an audience. Nowadays, you just have to do your stuff and make it look good and feel good.

The River of My Dreams makes its broadcast premiere on Canada Day on documentary Channel and re-airs on Sunday, July 2nd on CBC.