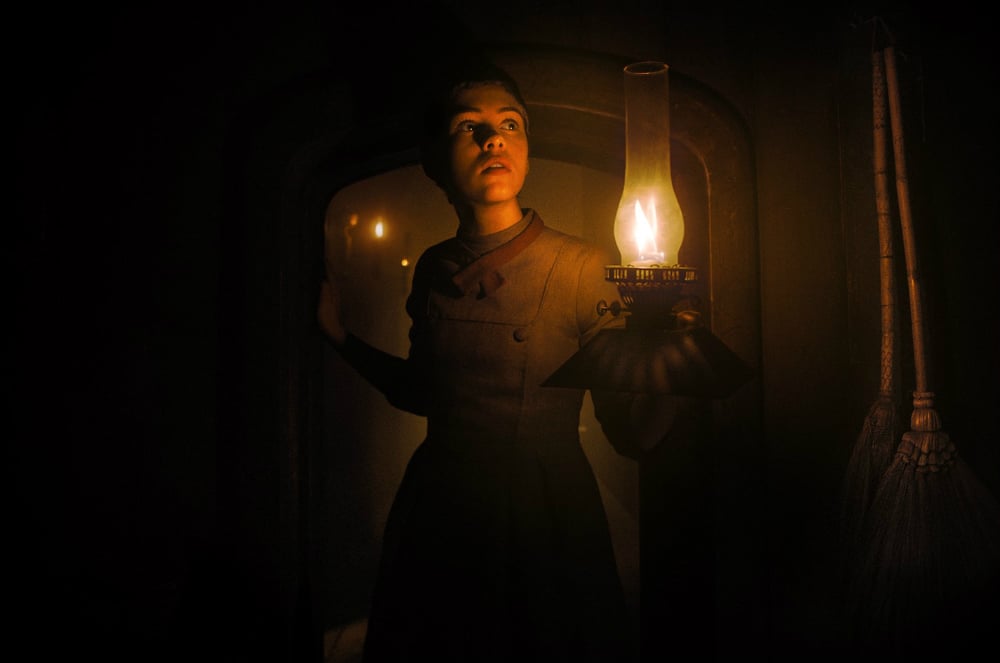 The oft-told cautionary (fairy) tale of orphans Hansel and Gretel is turned on its head and transformed into a visceral and stunning cinematic tome care of filmmaker Osgood Perkins and screenwriter Rob Hayes in Gretel & Hansel. Playing its central heroine is Scream Queen Sophia Lillis, who grounds her Gretel and makes her a fully realized young lady coming into her own independence and self-assured power. The film has been one of our standout favourite movies of 2020 so we were thrilled to chat on the phone with the super talented Lillis about it.

The following is a condensed and edited version of our phone interview with Sophia Lillis.

Brief Take: Everyone knows the Grimm fairy tale of Hansel and Gretel but not much is really revealed about Gretel overall. Can you talk a little about how you crafted your performance of Gretel?

Sophia Lillis: That’s true. While we kind of have a base for it, because it is originally a fairy tale, there isn’t that much written in depth about the character. We don’t really get to know the Witch or Gretel or Hansel, it’s just “they’re siblings”. [giggles] So what I really wanted to do with Gretel, she’s the narrator and tells the story, so with a narrator character you really have to talk to the director because you’re essentially narrating his story. You have to know what they’re trying to say and what I’m trying to portray to the audience. So to get into the character of Gretel, I only had to talk to the director. I talked to Osgood about Gretel and what situations she’s in, how she gets to the point of knowing who she is and what she wants and what kind of role she wants to play, and it was interesting to talk to him about it. I guess I also asked him, as I usually do when I get into projects, is what kind of films do you want me to watch, because it’s fun to watch films [laughs], and it also helps you see the director’s preference for what the film will be like. That way when you work on a project, you already get the gist of what they’re looking for. One of the things he asked me to watch was Rosemary’s Baby, which I’ve come to really enjoy and it’s now one of my favourite horror films. 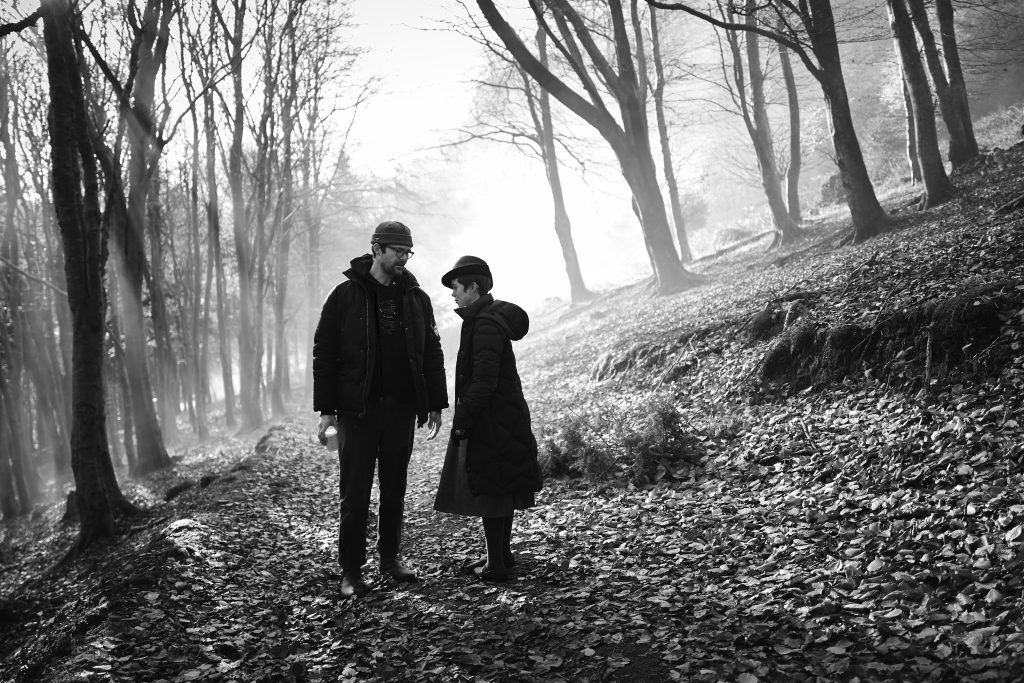 BT: Gretel & Hansel was such a gorgeous film to look at. I loved the changing vivid colour palette cinematographer Galo Olivares used throughout the film.

SL: Yeah! I feel like Galo did an amazing job. He’s fantastic at his job. Also it’s Ireland so it’s naturally very beautiful.

BT: Did you get to explore parts of Ireland during down time from shooting?

SL: I was busy so I got myself stuck in Dublin the whole time, but I saw a lot of Dublin! {laughs] I had a tutor, because I was technically still in school, and she took me on what she called field trips. So she allowed me to leave for a bit, and basically what I did was just go to a lot of museums and a lot of tours and such. She knew a lot of Ireland so even when we were on one of those regular bus tours, we would tune out the people conducting the bus tours and just do our own because she hated the people doing them. I remember there was this one time we were on one of those buses and the tour guide was talking about her personal life and I thought “I’m not learning anything!”. [laughs] My tutor, Margaret, she just tuned it out and said “You know, I’m just going to do it myself”, and she did. [giggles] She knew a lot more than even the tour guide! 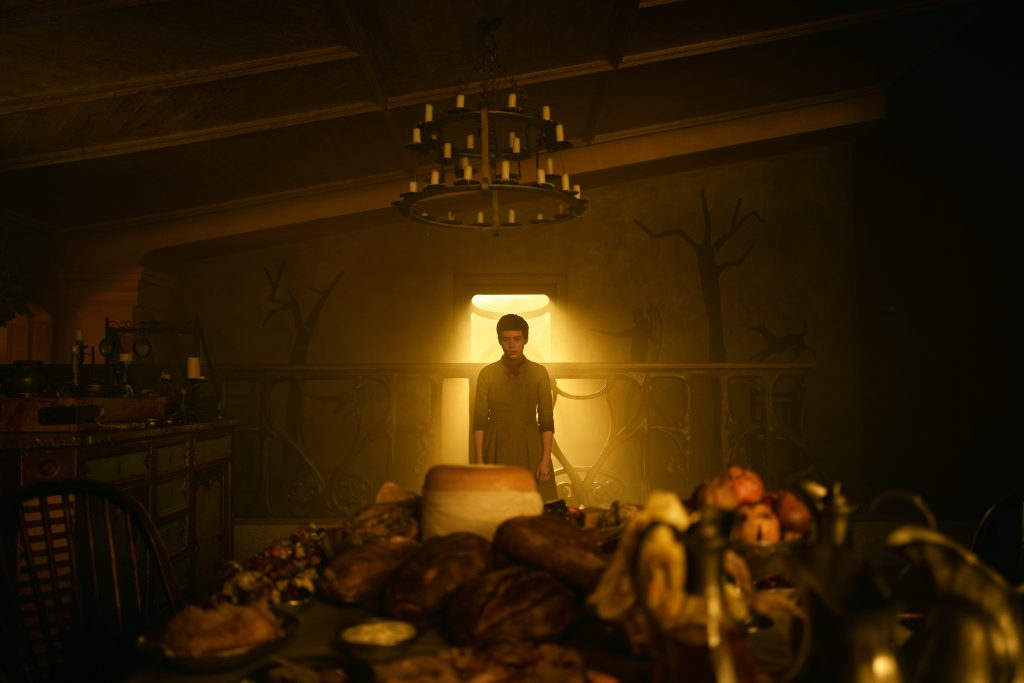 BT: Did you have a favourite scene to shoot from this film?

SL: I did a night shoot for that one scene where I’m running away. I shot it in this old abandoned hunting lodge called The Hellfire Club and it was supposedly haunted by the Devil. So we were there during the night and nothing happened! [laughs] I was like “what’s going on here? I haven’t seen the Devil at all! what’s happening?”. [laughs] But that was a lot of fun. I don’t mind night shoots because I feel like it’s kind of fun to stay up and be there late. Also it was really beautiful up there. We had a great view of the town below, so it was really pretty, even though the crew were really tired and a little terrified, but I loved it.

BT: I loved your dynamic with Alice Krige on screen. What was it like working with her?

SL: She was amazing! My Mom, afterwards, she kind of talks about me but she mostly said “Oh my God, Alice was amazing! She’s an iconic Witch character.” I thought she was just amazing in it and she always changed her character and talked to the director saying “Can I change it up a little like this?” or “Can I do this instead?” and she developed her character even in between takes, which I thought was amazing. She’s a great actress. I remember hearing about her multiple dogs, which I thought was so funny, and she showed me a lot of pictures. Yeah, she’s an amazing person and really great to work with. 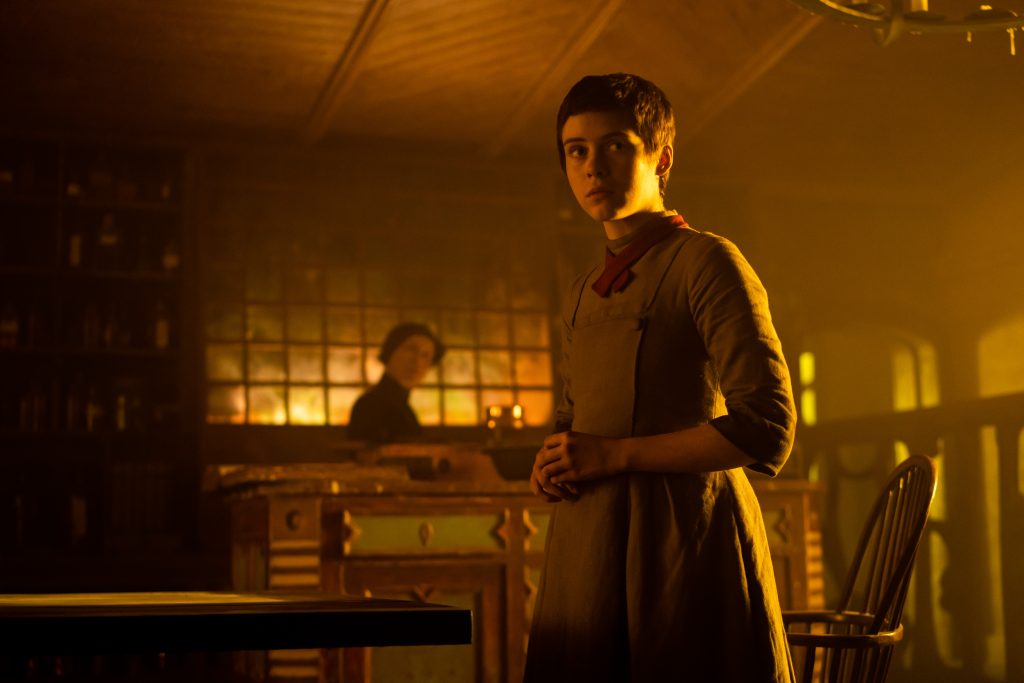 BT: I thought your scenes with Sammy were fantastic because you really felt authentically like brother and sister.

SL: Aww yeah! He’s real cute. He learned so much that we were thinking “Oh man, he could just direct Gretel & Hansel 2“. [laughs] He was so enthusiastic and knew all the camera terms. I don’t know any camera terms but he was there saying “Is this Camera A or Camera B?” or “how wide is this shot?”, and I was like “you know so much!”. [laughs] I said to him, “you can teach me these things, please!”. But he was amazing, he was great.

BT: Do you want to direct sometime in the future? Is that an aspiration you have?

SL: I really like acting. [laughs] But maybe one day I’ll direct something! For now I’m still learning. I think it would be weird to have a 17 year-old director. There probably are 17 year-old directors out there and good for them, that’s great! But maybe after I feel like I’ve got the gist of acting, maybe then I can move on to directing at some point. [giggles] I don’t know if I have the guts.

BT: You certainly play characters who have the guts, so I think you have it in you.

BT: You’ve worked on a number of projects with very heavy material. How do you decompress afterwards?

SL: [giggles] The problem is that once I’m done with these projects, I just go straight back to school. [laughs] So I guess what I technically do is school work. [giggles] I’ve done enough Math and Science for my credit, so I just have English and French and Health. [giggles] Soon I’m going to have to start a Politics class. I’m not looking forward to the Politics class, but I don’t mind English much and I don’t hate French. I feel like it kind of depends on if you really like your teachers. My French teacher is one of the nicest people I know, so I like French. 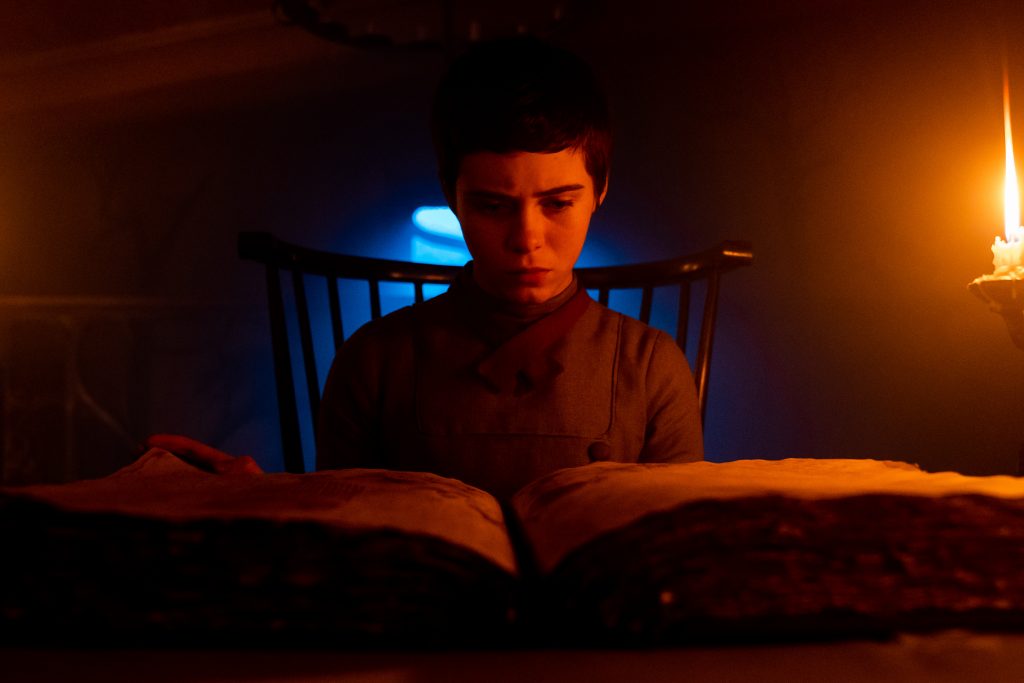 BT: It was so sweet seeing members of the It Losers Club and your I Am Not Okay with This cast support you at the Gretel & Hansel premiere.

SL: I know! I wasn’t expecting that many people to come. In the beginning, I thought it was just going to be me, my Mom, and maybe one other person, and then it was everybody! Even my friend Lulu (Wilson), who played my younger sister in Sharp Objects, came. I was like “oh my God! You’re here now”, and it was insane. There were so many people, from family members and almost all of the It crew came over to watch this movie, and I was really shocked. I was really happy.