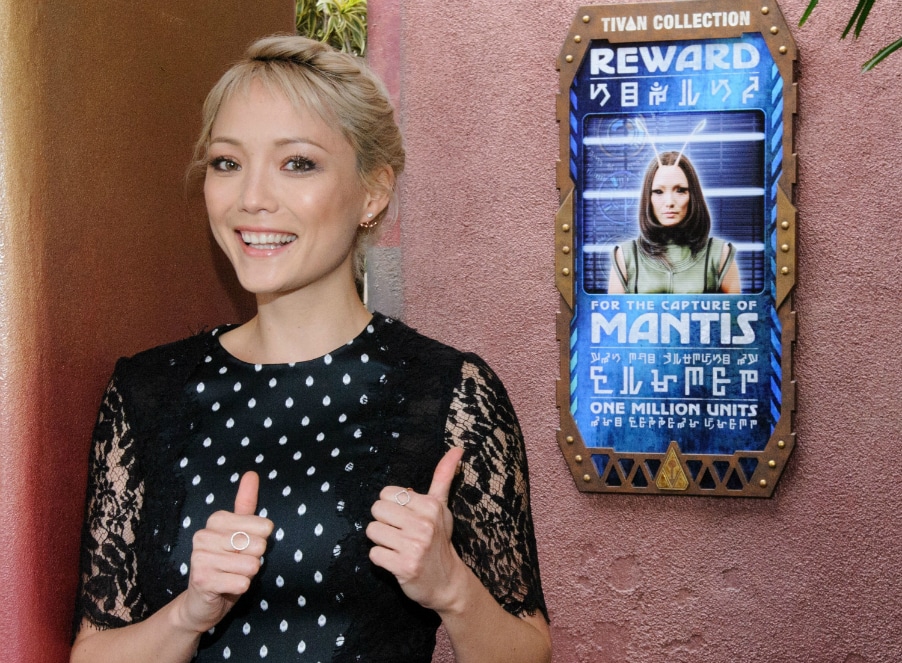 We had the wonderful opportunity to speak with the incredibly talented and down-to-Earth actress just prior to the film’s release on home entertainment. The following is a condensed version of our delightful conversation.

Brief Take: I adored Mantis because as skillful as she is, she’s also unsure of her place in the universe and unsure of how to connect with people. I really related to that and I think she’s a character that paves the way for how women are shown in tentpole, superhero films.

Pom Klementieff: I think it’s important for women to be represented in different ways. In Marvel movies, and in superhero movies in general, the women are badass and strong and beautiful, sexy but very confident. I love that! I love watching those characters and always wanted to be one of those characters. I think it’s important to show different ways of being a woman. I think James Gunn wrote a really interesting and unique and different character that people were not expecting. I think it’s kind of amazing because it really opens the door for different personalities and female characters to be portrayed in film. It shows young girls that it’s okay to be different too, you know? To be quirky and to be shy is fine too. People like that have their place in the superhero universe too. I think it’s great to be different.

BT: And now you’re a role model to thousands, if not millions, of young girls.

PK: *laughs* Oh my gosh, yes! I just met some young girls at a convention and they asked for a hug and it was so cute. I saw a girl dressed like my character and can you imagine? It must have taken her so much time to create that costume, but it was adorable!

BT: One of the highlights of the film was your quirky chemistry with Dave Bautista’s Drax. What was it like working with him?

PK: It was amazing. He’s so sweet and nice and a real gentleman. I mean he’s a real man! He’s so strong but he’s just the sweetest. You should listen to him talk about his wife and how much he loves her, it’s so cute. It makes me tear up every time.

BT: You’re now very much a part of the Guardians of the Galaxy. What’s something or someone in your life that you would guard with your life?

PK: My boyfriend, for sure! We don’t post stuff on Instagram, we’re very private, but definitely him.

PK: Oh I love The Lion King. I saw it when it came out in theatres. I remember that I found it so beautiful and I love the story and that it takes place in Africa. I spent one year in Africa and it reminded me of that time.

BT: Which Disney character would you love to play?

PK: I’d want to do a comedic character. The girl in Frozen – she’s funny, right? I like that she’s goofy and funny. I wouldn’t want to play a princess who’s sitting around waiting for her prince. That’s kind of boring. I don’t want to play characters like that.

BT: I read that you just finished filming Avengers: Infinity War. What’s been your favourite part of working with that wonderful cast?

PK: Everyone that I’ve worked with in the Marvel universe, from the Guardians of the Galaxy to all the Avengers, they’re all so professional. They’re really all so humble and easy to work with, so I feel kind of spoiled in that regard. Sometimes you hear stories of people who are late or unprofessional and I’ve never experienced that on this set. I feel very lucky.

Guardians of the Galaxy: Vol. 2 is available on August 22nd on Blu-ray + DVD + Digital HD.