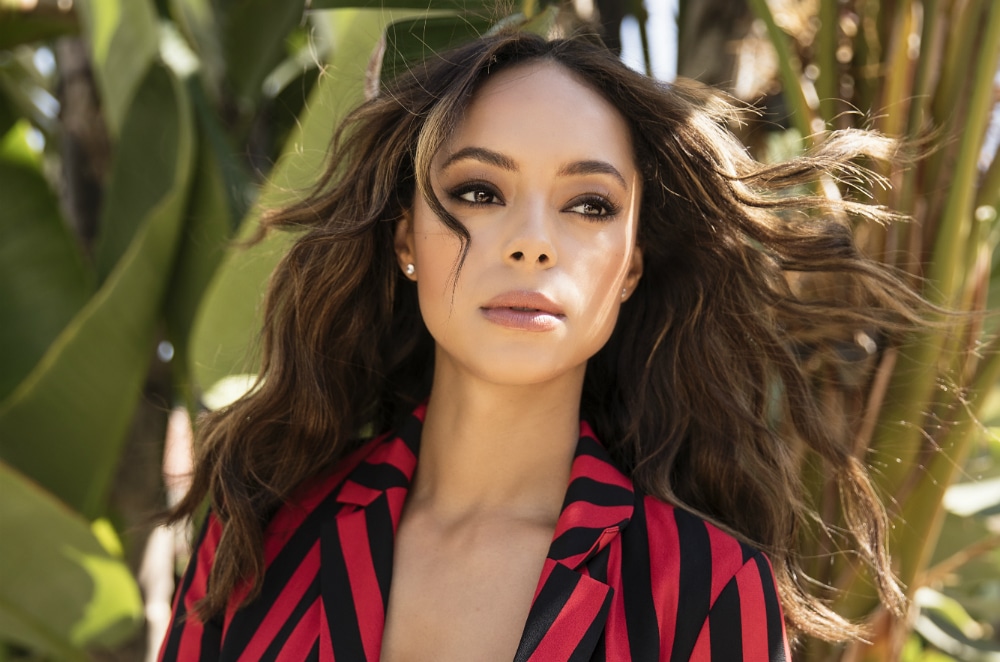 Having the unique opportunity to speak with Amber Stevens West about her series Happy Together was a lot of fun, as she continuously took our conversation to really interesting places. If there was ever a time to watch Happy Together (which airs Monday nights at 8:30 p.m. on CBS and Global), it is right now, because the performances and standout writing on the comedy series will bring you and your family such joy over the holidays. Stevens West’s character, Claire Davis, is a standout and the actress mentioned to us how much she enjoys performing in front of an audience.

The following is a condensed and edited version of our conversation with the delightful Amber Stevens West.

Brief Take: You are outspoken about the importance of hiring the best people for the job, including pregnant women. Is this something that you feel, personally, is important to speak up about?

Amber Stevens West: Absolutely! I never wanted, or was going to allow myself, starting a family to get in the way of my work, and I was really grateful and lucky to get to work with people who felt the same way and didn’t give me a hard time about it. What’s more important in life than starting a family? And then having a job is also great, but that needs to come second. And so it was important for me to try to have it all. [laughs] So I didn’t want to alert anyone at the beginning of my pregnancy, because, first of all it was no one’s business, honestly. But also, you can keep it to yourself for a while because you don’t know what’s going to happen, and ultimately, I didn’t want it to affect our show as well. Because I didn’t want anyone to freak out or have any preconceived notions of what a pregnant woman might be like, or however my personality might change, or that my body might change, but it wasn’t about that, it was the aim of going to be the best person for the job and the actress they needed to play the role. We would just work around my growing belly, and again, we got very lucky that I would do so. I would expect other employers to do that for actresses that want to start a family as well.

BT: If anything, it adds more intimacy to the character and to series.

ASW: Well, thank you! I really work in the best environment ever. I’m very lucky. 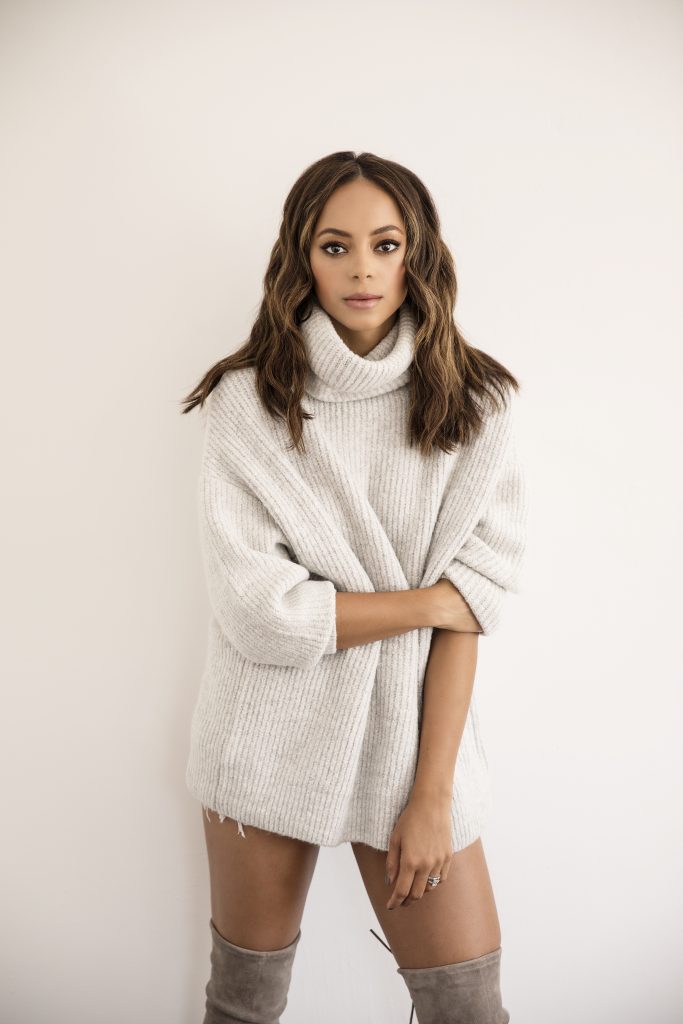 BT: What should a first time watcher of Happy Together look out for?

ASW: I think that people may have a preconceived notion of what the series is actually about–it’s a couple and then a pop star moves into their house, but it’s not really…it doesn’t take the direction that you think it might. It could have gone a very silly route in which it felt like a children’s show, but it’s not. It really centres around this thirty-something couple early in their marriage, and it’s a lot about love and the connection that they have with each other. The fact that this pop star moves in, it really is just there to highlight the fact that this couple still has a lot of growing to do together and they can have more fun together, and he kind of just…brings them back to life. And he’s there to highlight all of the good and bad that they have in their marriage, so it’s a much more relatable premise than one might think that it is. That’s why I love the show so much. I really love that I get to play a wife who has a job and is also not the nagging, annoying wife. It’s a husband and wife couple that truly just love each other and have a lot of fun together and they’re best friends. So we have a lot of fun with that.

BT: You are a really strong comedic performer.

ASW: Well, thank you! That is all I’ve ever wanted to do, and I’m so happy that I really get to do it now, especially on Happy Together. Damon (Wayans Jr.) also felt the same way and noticed that I have a little more in my toolbox, so I’ve had a lot of fun doing physical comedy especially from even this week, from today. We were at rehearsal earlier, for our next episode, and I get to do a ton of physical comedy, and it’s really fun. I would love to continue to do more of that kind of stuff because that’s what I feel like I am best at. So I’m glad that you’ve noticed that, thank you! [laughs] One day I would like to do more stuff with singing; that’s another one of my passions in life. 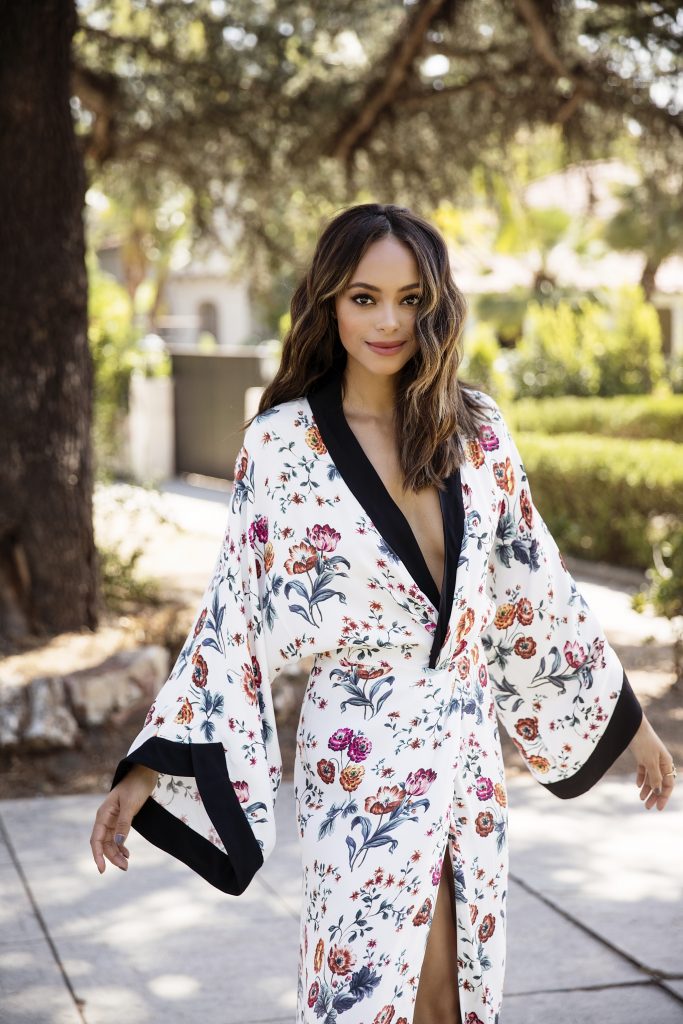 BT: What was your experience like filming Love Jacked in Toronto?

ASW: We filmed most of it in Hamilton and then we were in Toronto, and then obviously in South Africa. But it was nice! It was my first time actually working in Toronto, so I got to know the downtown pretty decently. I would go and spend some time walking around by myself all the time.

BT: Is it true that you hosted a screening of Love Jacked two weeks after your gave birth?

ASW: That was my daughter’s first movie. [laughs] Yeah, you know, I jumped right back in. I was really lucky that after she was born it was a quick healing process for me. I’ve got a super chill easy baby. So we just jumped back into the world and she was on my side everywhere. She comes to work with me, every day, so we’re just right back at it. It’s a lot of fun; it’s exactly how I imagined my life would be.

BT: You appeared at the E! People’s Choice Awards in a stunning outfit five weeks after giving birth!

ASW: I’m grateful that my body allows me to do that, because I know that it’s not the easiest leaving your house after having a newborn. [laughs] It’s really been an easy turnaround and this baby fits perfectly into my life and my lifestyle. [laughs]

BT: What is something that people will learn about you from watching Happy Together?

ASW: Well, I hope that the way that I perceive myself is that way that others perceive me. I feel that I’m a pretty approachable person. I’m a very happy-go-lucky type of personality, which is another reason that I like to work in comedy. I like to be happy all the time and I don’t like heavy, dark stories. That’s not what I find entertaining, so I don’t tend to gravitate towards projects that are really like that. So if you’re ever watching something I’m in, it’s probably something fun. [laughs] I’m a pretty approachable person I’d say, so if anyone wants to reach out to me on social media, I think it’s fun to interact with people and share a little bit of my behind-the-scenes stuff and my personal life a little bit. I’m kind of an open book.

BT: You maintain a very positive outlook during our current political climate.

ASW: I try to stay positive because there’s a lot of negativity in the world and I just want people to be happy, and that’s part of the reason that I work in entertainment. I’m here to be a fun distraction for people when there are gloomy times.

Happy Together airs on Monday nights at 8:30pm ET/PT on CBS and Global. Love Jacked opens in Toronto, Ottawa, Montreal, Vancouver and Winnipeg on December 7.