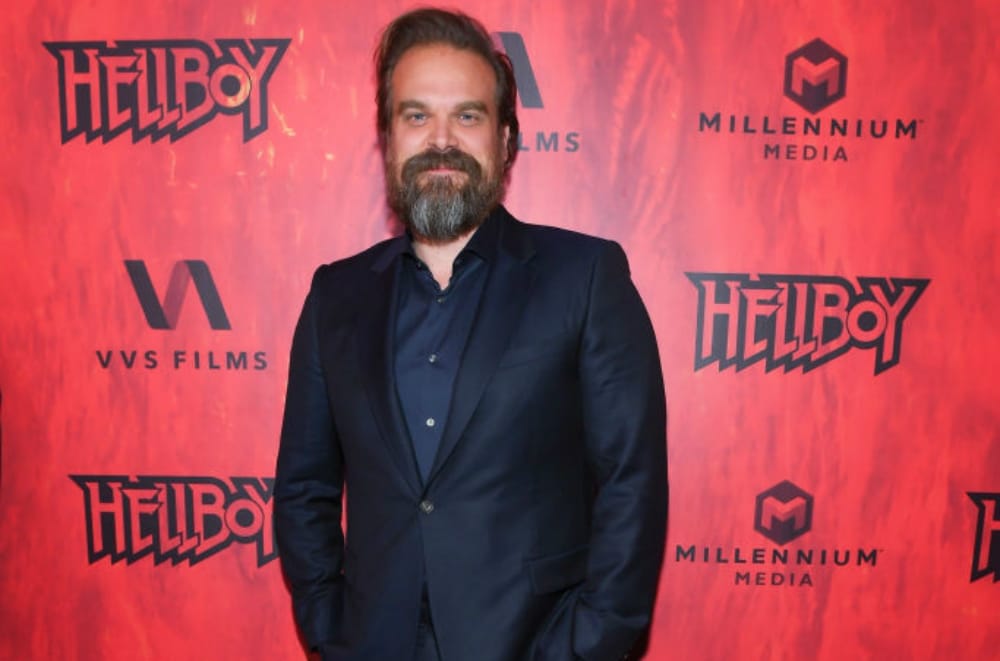 When it was announced there was going to be a new Hellboy movie, it always made sense to cast David Harbour, everyone’s favourite gruff but lovable leading man, in the role. Having made a name for himself in the hit Netflix series Stranger Things as Sheriff Jim Hopper, Harbour has now made the leap to official superhero-dom with his portrayal of comic artist Mike Mignola’s most famous creation.

The following one-on-one conversation has been condensed and edited for clarity.

*This interview was originally published in April, 2019*

Brief Take: Because of Stranger Things and now Hellboy, you’ve cultivated something of a “nice guy” persona in your career as of late—

David Harbour: You want me to shatter it for you?

DH: Not really, no. I mean, it’s authentic. But you know, then again, it’s not to say I don’t have tons of complicated issues and dynamics within me. But I guess what you might feel through the nice guy thing is just, there’s a gratitude that I have to be in the position that I am. And the gratitude to be able to tell these stories. I really love what I do and it is a dream come true to be able to do that. And also, I do at my core have, I don’t think it’s arrogant to say this—although it still embarrasses me a little bit—but I do think I have a big heart, and my desire is always to create, to do what I can to create a society that’s more empathetic to each other. I felt like an outcast, and I felt hated at times in my life, and I want to eliminate that as much as possible in the world. And so, yeah, I have high ideals about what I can bring to the world, absolutely.

BT: So, the grad photos you did or stepping in as a wedding officiant, you take that as part of the job to a certain extent but also something you enjoy?

DH: Yeah, a little bit, yeah. It’s the sort of thing that goes in and out with me. I sometimes have more time in periods where I want to invest more, and then I have other times where I’m a little leery of it. But yeah, in general things like that with, like, wacky interactions with people online—that are more than just a selfie—where I have to kind of go out of my way and inconvenience myself, for like, you know, planned shit and stuff like that, I actually like that more than the autographs or selfies or whatever. 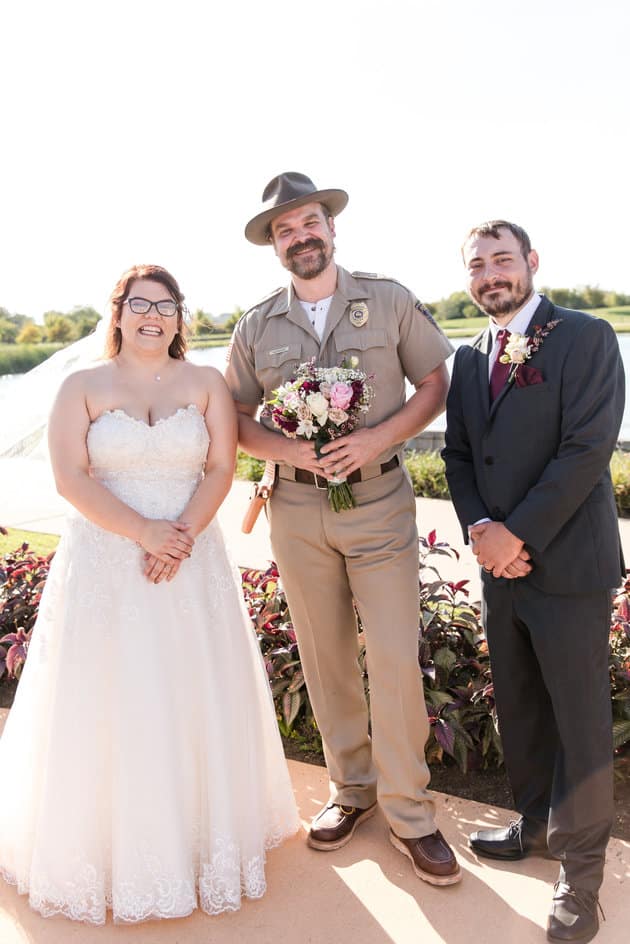 BT: You like the thought that goes into it?

DH: Yeah, and sort of the resonance of that particular thing. As opposed to the broad base of everybody gets an autograph or selfie, I much prefer the thing where it’s like, yeah it might not be you but look at how ridiculous this situation is, look at how fun this is.

BT: You’ve been working your way up to being a lead actor in film for some time. Does your longer career arc inform that approach, that sentiment?

DH: Absolutely. It very much does. There is more of a gratitude that comes with that journey. And more of even… you know, I guess I’ve matured to a certain point. I’m very lucky I think—although I wouldn’t have said it at the time—but I’m very lucky to have not had tremendous recognition and success in my 20s, because I think I would have wound up being an impossible person. Like really thinking that I did it, too. So there’s something about this generosity that comes from the fact of even this Buddhist concept of inter-being, where it’s like, it’s not just me, it’s like we did it. Like we’re all kind of in this, and I figurehead it in a certain way, but it’s as a result of all the fans and all the audiences and all the people that love it. I know that very much, I know that it’s not just me in that way. And so, in that way, I only know that in my 40s. I didn’t know that in my 20s. 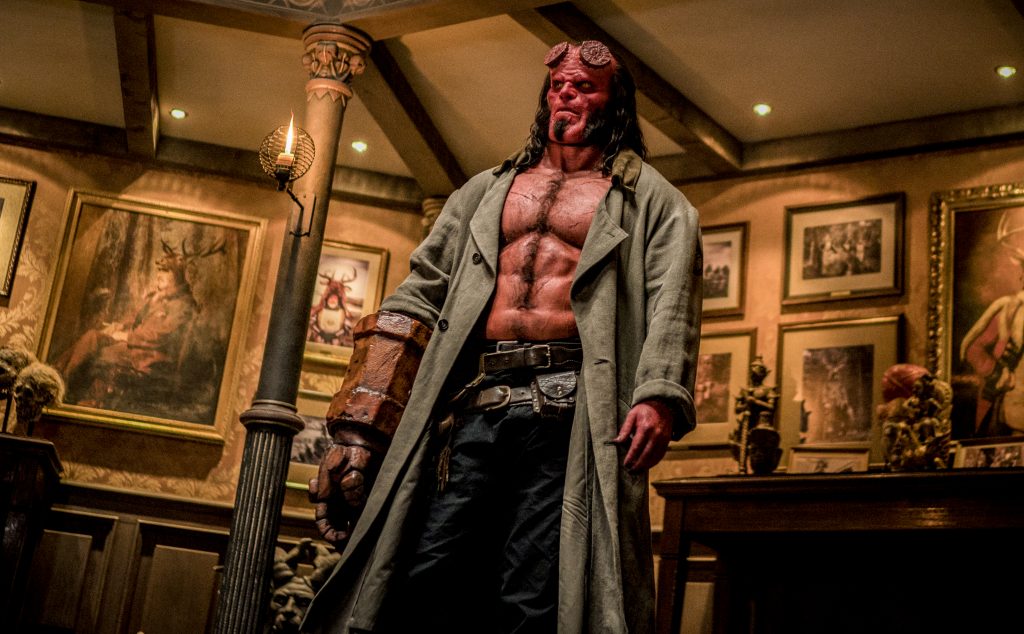 BT: There are some interesting parallels between your career and Ron Perlman’s, the original Hellboy, in that sense. When you’re taking on this role, are you cognizant of that? Are you thinking about how you want to make it different from what he did, or from the comic books?

DH: Yeah, to a certain degree. I actually, in terms of taking it in a different direction, I went back to the comic books and sort of looked at this darker tone. And with the story and the makeup, we just wanted to do something… it’s the same character, but we took liberties in terms of I think he’s a little younger, he’s certainly got more hair than any other Hellboys. But he’s kind of younger and he’s struggling more with this central core identity. We changed the father dynamic a little bit, to have [Professor] Broom [played by Ian McShane] be a little more punishing and almost like the shadow of what Hellboy himself has to transcend or get out from underneath. And only then he realizes how much love his father’s had for him.

But yeah, all that stuff, it’s important to make it distinct, but also I’m not approaching it to make it distinct too. Like I got excited about the distinctions, like I got excited about it being horror based, brutal world, all these things. But you’re also not going, I’m doing something different, I’m rejecting it. I’m just following my impulse and my response to the character. So that’s all still very genuine. But it does draw direct from the comics, more so than the other films. 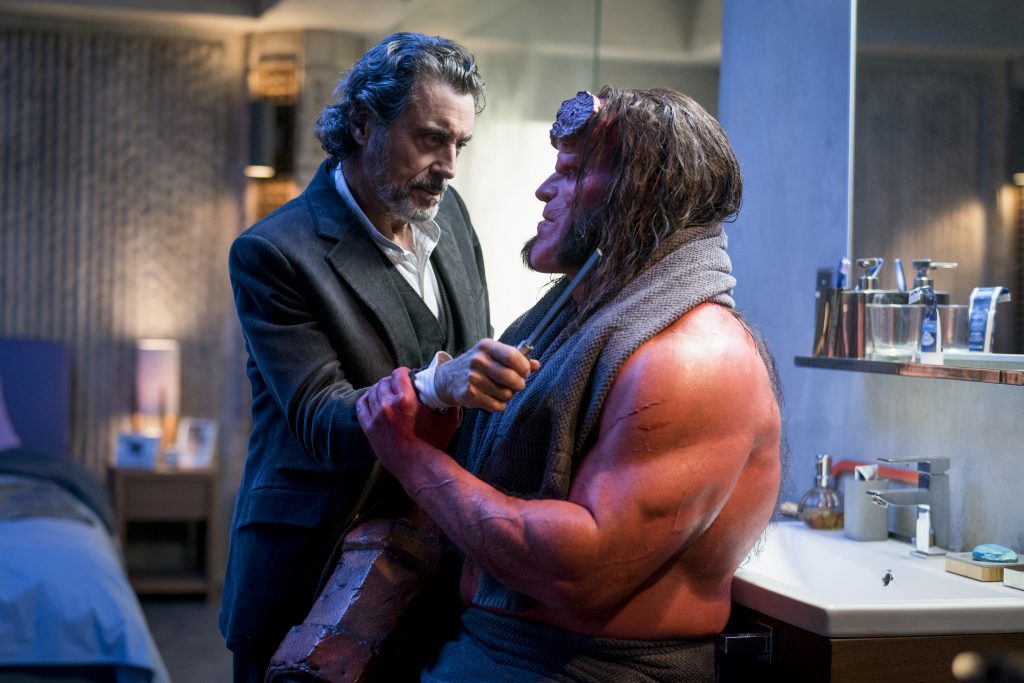 BT: Were you aware of the Hellboy comics before the original film came out?

DH: Yes, in my early 20s I discovered Dark Horse [Comics]’s whole thing. I never was into the little comic books, [but] then once I discovered graphic novels though, from Forbidden Plan on 13th Street in New York, because of the paper and the quality of the art was so high, they felt, like… artsy in a way that I responded to.

BT: And you can get the collections, especially with Hellboy—they’ve got some really nice ones.

DH: Yeah, beautiful. And the art style of those Hellboy comics is so beautiful.

BT: You mentioned that this version of Hellboy is a horror movie, and it does feel much more gruesome at times—

DH: Absolutely, you kidding. Beyond! That’s an understatement. 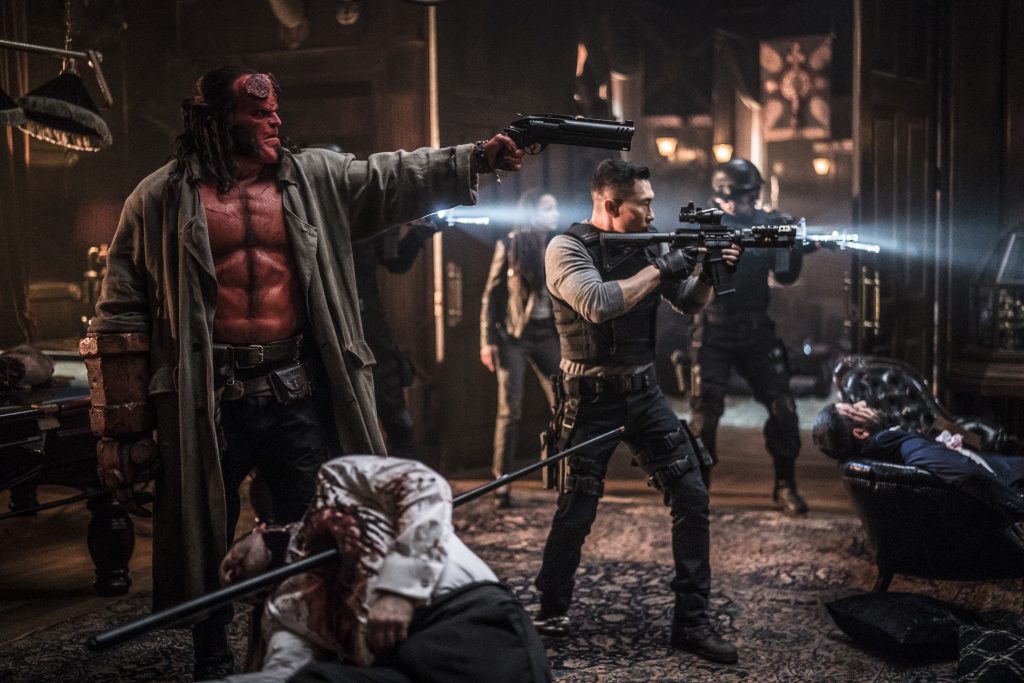 BT: You’ve seen a bit of that with Stranger Things, but how do you deal with the bigger productions, the CGI, even just the makeup you have to go through every day?

DH: It was a whole new level of acquiring a new skill set very quickly. Because there’s a lot of things I had to deal with, just acting-wise. It’s not even the frustrations of being in a makeup chair three hours, like of course all those things go on, or even the green screen thing. But it’s more just the acting lessons you have to learn by being in a latex mask and realizing you have to over express in certain ways, you have to convey things differently, you have to change your voice as a result of the body or as a result of things like that. And the gradations of that, it was like a whole new—it’s like you’ve been playing ping-pong your whole life and then you pick up a tennis racket. And you’re like, oh I can swing. It’s bigger in a lot of ways, it’s archetypes, it’s mythologies. And so, in that way, I had to stretch and I loved it. I mean, it really did bring out something new in my acting that I actually think will always be there now. I learned a lot.

BT: When they come to ask you about playing Hellboy, is your first thought: am I going to have to spend three hours in a makeup chair?

DH: It definitely crosses your mind very quickly, as I get worried about it. But the weird thing about it was it became the most wonderful part of the process. It was like a meditation—I mean, there were days, there were real struggles—but there was time where it was a meditation. And it also was time where it liberated me as an actor in ways that I never would have imagined where it’s like without that process, without all those practical prosthetics, I would have been more pedestrian. This way it sort of liberated me in a way that I really liked.

BT: To be bigger? Bolder?

DH: Exactly, yeah. And just sort of play, in a way. 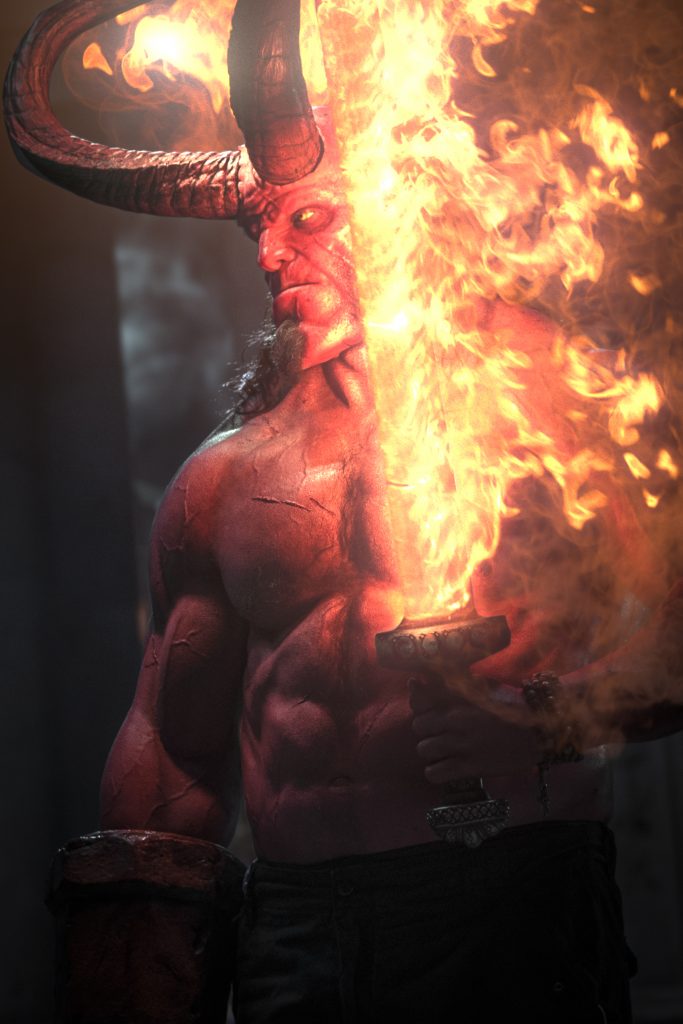 BT: What was it like working with director Neil Marshall? What was the energy he brought to the film?

DH: It was great. He’s very quiet and a self-described introvert type of a guy. But he loves monsters and he loves horror. So, like, [Marshall’s 2005 film] The Descent is a movie that I love and I was so excited after. So he’s kind of quiet and he just loves watching things rip each other apart. It was great, he was exactly the guy to do this because of all the horror, and because of all the scares, and because of the almost over-the-top bloodiness of it that we wanted, this crazy brutal world. So I was really happy with the way it turned out.

BT: Anything you can tell us about Stranger Things Season 3?

DH: I can’t really say. There’s the trailer which I’m sure people saw, and it’s like a beautiful summer season, it’s really fun. And there are—I will say that at the end of the season there are a couple of really, really big surprises.

BT: And I assume you’ll be a good guy in the new Black Widow movie?

Hellboy is available on Blu-ray combo pack on July 23!