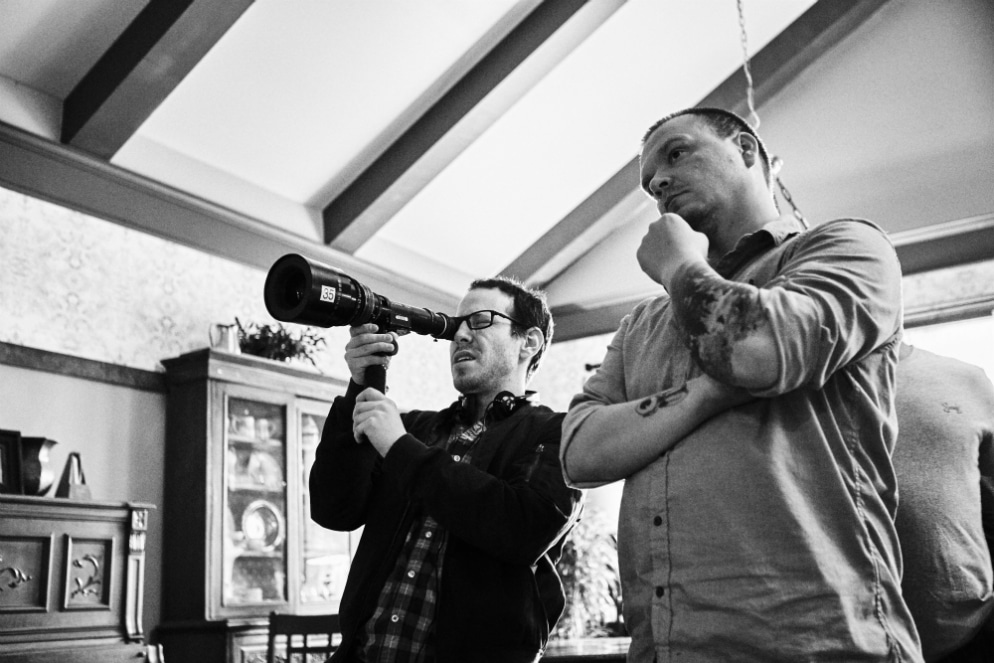 Hereditary has been called the scariest movie to be made in decades, building hype and a very vocal fanbase since its debut at Sundance in January. Even before the film’s theatrical release, A24 believed in him so much that they put their faith (and money) behind young filmmaker Ari Aster, making his upcoming second feature their largest production to date.

Just hours before the Toronto premiere of Hereditary (starring an Oscar-worthy Toni Collette, Gabriel Byrne, Milly Shapiro and Alex Wolff), we had the wonderful opportunity to sit down in a roundtable interview with the up and coming filmmaker Ari Aster.

The following is an edited and condensed version of that intelligent discussion.

The more traditional horror elements of the film are something very important to what the audience feels while watching it, but I also heard that when the film first screened at Sundance that you weren’t fully done with the effects yet. What has changed about the film between when it first screened and now, and what was it like screening something that you might have felt was unfinished to an audience that ended up reacting well to it?

Ari Aster: As far as I’m concerned, a lot has changed, but I’m also sure that most people won’t really notice that much. [laughs] We were invited to Sundance, and we really needed about two-and-a-half to three months of post-production to finish, but we only had three weeks to make the deadline. So we had a decision to make. Obviously we made the decision to accept the invitation, and we tried packing as much as we could into three weeks as possible. We didn’t finish the film in the sense that the sound design, which is such a huge part of the final film, wasn’t finished, and the visual effects were mostly done. Everything was there, but not all of it was finished or polished.

There was some stuff that I thought was really bad, and that first screening was torture for me because you tend to obsess over that. You get so lost in the minutae of making a film as it is that it becomes hard to see anything clearly after awhile. You forget what you were even trying to make, honestly, and all you can think is, “Fuck, this scene needs work.” You’re not even watching the movie with the audience at that point. You’re lost in your own head for twenty minutes thinking about how a scene that’s coming up isn’t done, and you’re fearing that the whole audience is just going to turn on you.

It was a huge relief to see that people liked the film, and I guess they weren’t really noticing the things that I saw as unfinished. The film you saw has moments that are much more potent, but even now if you were to ask me, there are still things that I would say could be better, but that’s just because I have spent way too much time with it. [laughs] At a certain point, you just have to stop, especially on a low budget film, which this definitely was.

You had said in a previous interview that this film is a spiritual sibling to Nicholas Roeg’s Don’t Look Now. What were some of your other cinematic influences when making this film?

AA: Nicholas Roeg is very important to me, especially what he does with tone. He’s fascinating because he was a cinematographer before he became a director, so you’d expect someone like that to be precious about their images, but he’s an editor – he’s into montage – so he’s brutal with the image, in a way that’s exciting to me. Polanski, who you know is dangerous to cite because he’s not the best guy, but Rosemary’s Baby and everything from Repulsion through to Chinatown, Cul de Sac, Macbeth, all those films are really staggering from a directorial perspective. Just his blocking in relation to the camera is something I’m always studying. I was thinking of Jack Clayton’s The Innocents, which I really love, and some old Japanese ghost stories like Ugetsu, Kwaidan and Empire of Passion. And then there are a old of domestic dramas that we were talking about, like In the Bedroom has a turn about thirty minutes in that’s not dissimilar to what happens in this film. In the same way, Psycho was a reference. Mike Leigh is probably my favourite living filmmaker and nobody can work the way he does, and I certainly don’t. The characters in his films and their relationships and their history is so vivid. I’m always thinking about him. I love Bergman, Fellini, all the usual suspects. Early Scorsese, Altman, and then I’m really excited by a lot of the South Koreans in this genre. I think The Wailing was really exciting and was just great. But I love what they’re doing with genre anyway – Save the Green Planet was great and Lee Chang-dong is really interesting. Even what he does with the melodrama in Secret Sunshine was amazing. I really loved Andrew Haigh’s 45 Years – I thought it was a masterpiece. I love the Coen brothers and I’d throw Kenneth Lonergan in there too. It’s very rare these days to have a horror film so deeply rooted in a specific sort of emotion like grief, since most horror movies these days are based around jump scares, cheap thrills, or previously existing material. What was it like trying to create a horror movie specifically from an emotional approach?

AA: I’ve said this before, but when I started pitching the film, I was never pitching it as a horror film. I was always really careful not to do that. I was describing it as a family tragedy that curdled into a nightmare. When a disaster strikes, it can feel like a nightmare, especially when tragedies happen in quick succession. In that sense, I feel like the film owes more a debt to the domestic melodrama than it does to the horror genre. It’s a film that kind of collapses under the weight of feelings in the worst possible way.

Ultimately, though, I always wanted to meet those demands and make a satisfying horror film. But it was always important to me that the film functioned first as a vivid family drama. Then, the horror elements would grow out of what these people are going through. It is a film about suffering.

Do you get a particular joy out of upending genre expectations or would you prefer to be known as a provocateur when you make something like this?

AA: Nothing is more annoying than being provocative for the sake of being provocative. I do love genre, though, because people come with certain expectations. They know the devices. They know the tropes. They know the conventions. And I think that encourages a certain amount of complacency in audiences. There’s something exciting about establishing and setting up something that’s familiar, and then upending that. What happens thirty minutes into this film is almost like a chute opening up and dropping the audience into something else completely different. Hopefully, that shocks them out of that complacency. I think all the best genre films attempt to do that.

The challenge is trying to satisfy those demands while almost consciously rejecting them. You want to make the audience come with you on your own terms. I always look for that moment in movies where I don’t know where the film is going, and I no longer feel in control of the experience. That complacency can sometimes manifest itself as a resentment within audiences. I feel especially in the horror genre that a lot of them are produced so cynically because there’s already an audience that’s built in there, and it’s an easy way to make a buck on the cheap. It’s too bad horror is a genre where films are almost always guilty until proven innocent because there’s so much that can and has been done with it. There are always horror films coming out that are doing something deeper and more sophisticated, but even all the way back to the B-movies of Val Lewton we’ve seen there have been filmmakers always striving to do something original with the medium. I feel like this is the kind of film where years down the road – long after spoilers about what happens are out in the open for everyone to see – people will write about it at great length from a number of different perspectives. It can be looked at psychologically, religiously and historically. When you are coming up with material like this, are you constantly aware of how people are going to read the text of the film, or do you just prefer to let it flow naturally?

AA: I feel like I took the time to make sure all of those layers were there. I hope that it’s rich with metaphor, and I feel like the best horror films are. I hope there’s a lot to pick apart here. The original cut of the film was three hours long, and I would love to show that, but I’m not sure it would really work. I sometimes feel slightly disingenuous when I talk about the film as a slow burn because that cut is the original slow burn that I was talking about. [laughs] This one is definitely the best cut, though, because rhythm and pacing are important when you’re trying to let people take all of these themes in. I’m very happy with the pacing here, and I think the previous version demanded a lot more patience than a first time feature filmmaker has the right to when there’s money on the table. [laughs]

But I’m hoping that if you see parallels in the film that you’ll know that they’re intentional. I try not to talk too much about them for obvious reason. I think that they’re there and they’re explicit enough. A good example that doesn’t spoil much is how the dollhouses that the mother creates are a metaphor for the family’s lack of agency. Even when I say it, it feels obvious to me and that it doesn’t need to be said. I always wonder if I’m robbing something from the film if I’m articulating something specific to someone who’s going to end up watching it. But yes, I always tried to be cognizant of that, and if you read something into the film, it’s probably intentional. 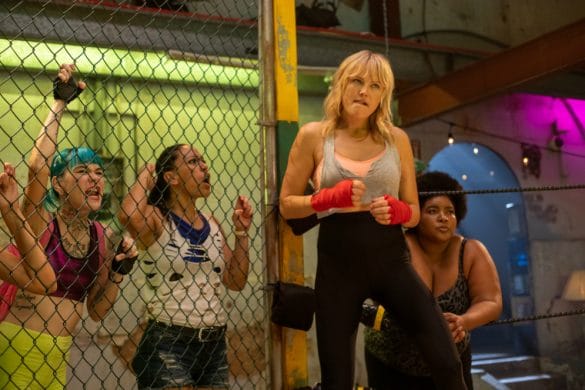 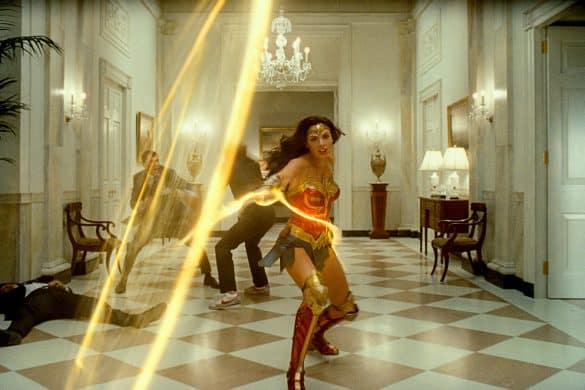 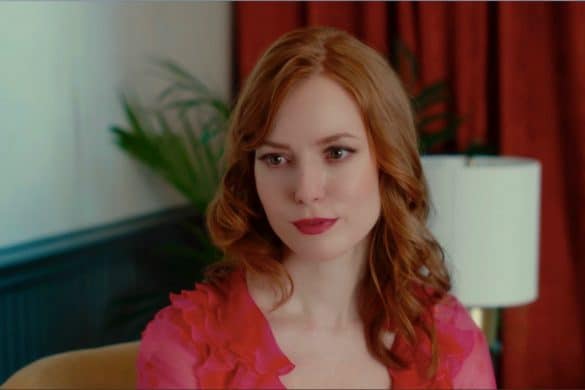