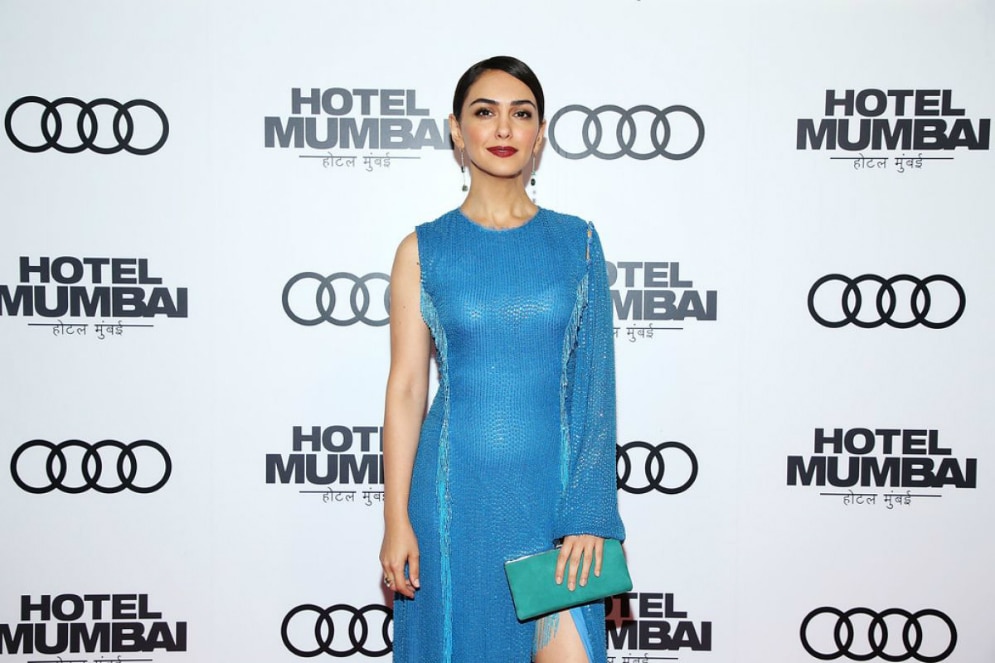 During last year’s Toronto International Film Festival, one interview stood out amongst the days and days of junkets. Nazanin Boniadi walked up to our interview space in the basement of RBC House looking confident, stunning, and radiating grace and elegance. Yet it was her words and the warmth and passion in which she spoke them that left a lasting impression. She opened up about her family history and how her parents inspired her to become a vocal advocate for human rights, even shedding a few tears as she talked about two imprisoned advocates that she admires. We also asked her about her powerful film Hotel Mumbai (one of the year’s best films) and the following is a condensed and edited version of our conversation.

Tell me about your character Zahra and how you related to her.

Nazanin Boniadi: The commonality is that they made the character British-Iranian and I am British-Iranian. I think the beauty of Zahra Kashani is that she came from a life of privilege, she starts the film coming from that, and she’s never had to overcome anything in her life, and in the space of a few days she finds her strength and confronts things in her life that she’s never had to before. I think overcoming adversity, having never gone through any hardship, because of the love for her family, she’s forced to confront evil and finds the strength within herself, and that was what compelled me to play the role.

What did you like best about working with Armie Hammer and Jason Isaacs?

NB: Jason Isaacs is truly one of the best actors alive. I need him to be more recognized and acclaimed than he already is because he is just genius. Armie is just spectacular. I love that he’s so good and so amazing in Call Me By Your Name and in other work and he’s currently on Broadway. He’s very easy on the eyes and also very kind and warm. Every person in this cast, I couldn’t have asked for better teammates. They are so warm and so humble. The thing I found with Dev and Armie is that despite their body of work, there’s no ego that came into this. Then you have a newcomer like Tilda (Cobham-Hervey) who was spectacular in her role; I truly want to celebrate her because I don’t want reviewers to overlook the women in this film, because it is very male heavy. But I look at this young actress and I think she has such a bright future, and I think it’s very important to celebrate the women in this film. 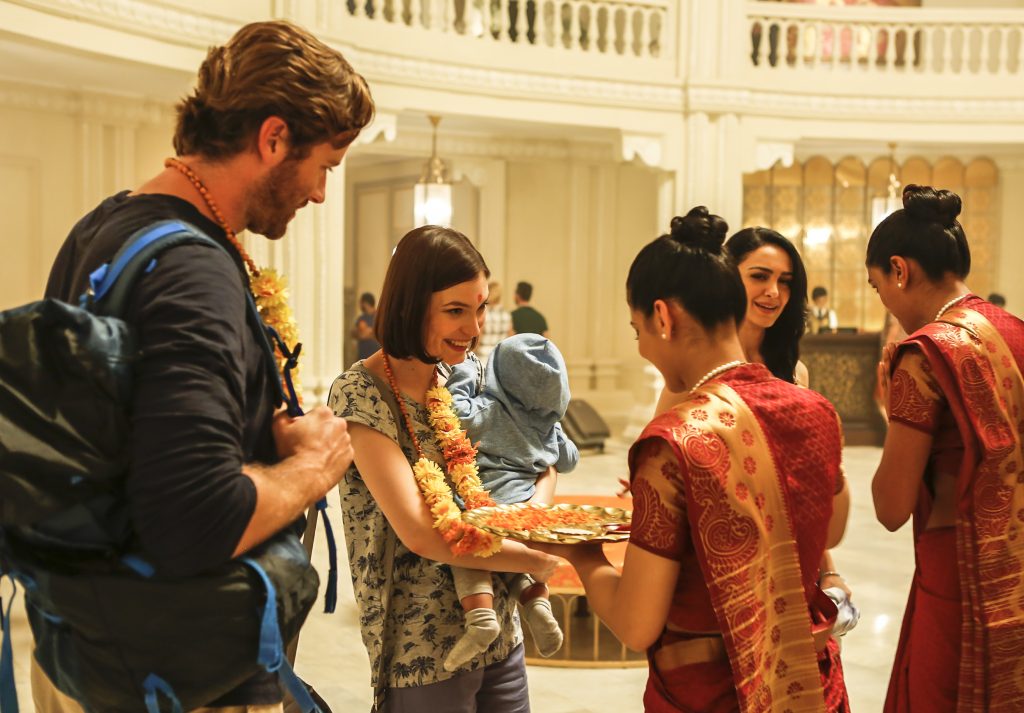 Tell me a little about your own personal history.

NB: I was born shortly after the ’79 Revolution and I was 20 days when my parents were forced to leave because my parents were both opposed to the formation of the Islamic Republic, mainly because they didn’t want to raise a daughter in a social, political and legal climate that was growing increasingly oppressive towards women. They wanted to give me every opportunity to succeed in life and they didn’t see that happening in my homeland. But the plight of the Iranian people has never left me, it’s part of who I am, and my parents both became political activists after they left. It’s been a part of my life since I was very young, to want freedom for those in Iran.

NB: I was fortunate that Anthony (Maras) offered me the role. We met and he had never seen my acting, he had never seen me in anything. He watched one of my Advocate for Human Rights in Iran speeches, my Amnesty International speeches, and for some reason he found the thing that he needed for this character in that speech. I found that process of casting so refreshing because what he found was something that I was offering that he saw in me, and it wasn’t something that I was trying to manufacture. Of course the character is nothing like a human rights advocate, but there is a commonality in a sense where both require fearlessness and speaking truth to power. I think there is a specific moment in the film, that I don’t want to ruin for audiences, where she’s forced to confront evil in the face. I’ve never had to confront danger of that kind, but the commonality between advocacy work and confronting oppressive governments is one where you risk being attacked in that way. I love that that audition process, if you will, existed in that way and I’m so grateful to Anthony that he cast me.

How do you negotiate questions of portrayals of Islamic characters in film?

NB: Here’s the thing: I think that evil and goodness exist in every religion, every ethnicity, every nationality. What we see in the news cycle is a lot of focus on evil that happens with Islamic extremists. I was born into a Muslim family, I have people in my family on my mother’s side who wear a veil and are covered and very devout. I love and respect all faiths and I think it’s very important for me, I’ve chosen now this is my second character where she’s a Muslim woman and she is not radicalized, just like everybody else, in essence. It’s very important for me to humanize a character, regardless of faith. When I took the role that I’m currently playing on Counterpart, her name is Clare, and I auditioned for Clare, and it was very important to me that they didn’t change that to Fatima or some kind of Middle Eastern name, strictly because I am playing a terrorist and I don’t want to play a Middle Eastern terrorist. The reason for that is I find it very important to introduce nuance and humanity into Middle Eastern roles, which is lacking. The beauty of Hotel Mumbai is that it’s based on a true story and we have to portray that the people who committed these atrocities were fundamentalists and Muslim fundamentalists, however, there is a thread throughout the film that it touches on the goodness of faith and what faith has to offer, not just in Islam but everywhere, across all religions. Faith, whatever it may be, whether it’s Islam, Christianity, Judaism, whatever, can be used for extreme evil, and it can be used to give us hope and unite us. I think that’s very important to me when I’m looking for projects is not to show just one side but all sides.

Who are some of your real life heroes?

NB: Honestly, my parents have overcome so much to give me what I have today. But there are so many brave human rights activists who are imprisoned for their beliefs in Iran and across the world. The ones I know of, Narges Mohammadi, a longtime devout human rights activists who has overcome so much and is imprisoned for her beliefs and for her advocacy work. Nasrin Sotoudeh, one of Iran’s most prominent human rights attorneys who’s been imprisoned for supporting and basically representing women who took off their headscarves in peaceful protest recently in Iran. Those women who peacefully took off their headscarves, knowing that they could be in jail, the “girls of revolution street” they call them. There are so many brave women in Iran, and men, who are fighting every day for their rights at great personal cost.