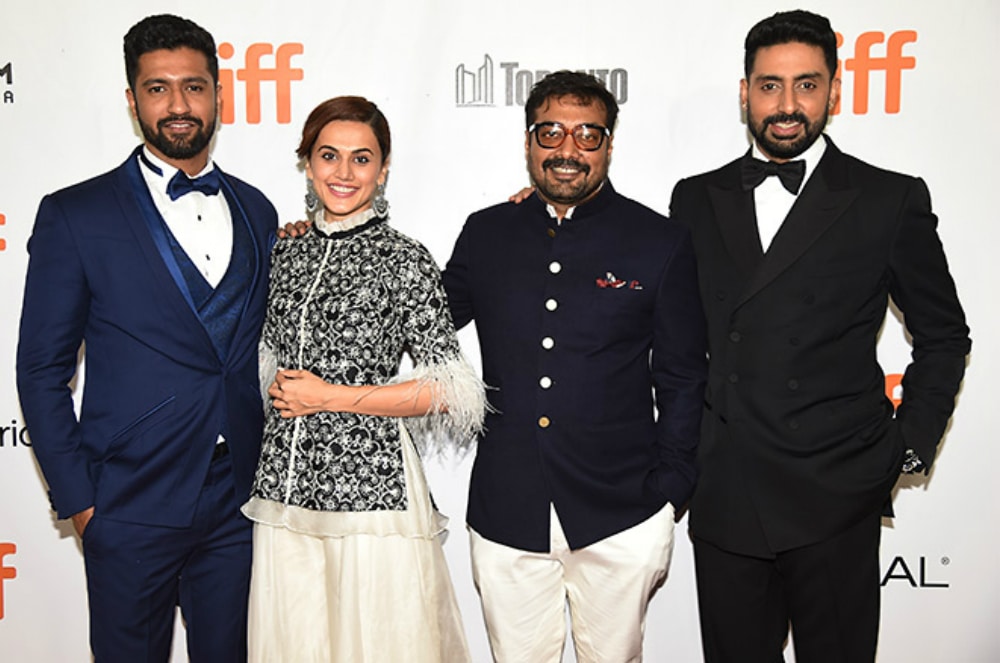 Walking into the room for an interview with the team from Husband Material was a singular experience. There was a big, burly bodyguard stationed outside the door, they were on a floor of a downtown Toronto hotel which we didn’t know was in existence, and the atmosphere was communal, with a few chairs and a big entourage, and director Anurag Kashyap and stars Taapsee Pannu and Vicky Kaushal lounging on a bed. Pannu and Kaushal play two thirds of a love triangle in Kashyap’s film Husband Material, alongside Abhishek Bachchan as Robbie. A Star is Born in Taapsee Pannu, as the Punjabi actress makes a fascinating Rumi in the film, and the team is gregarious and fun in the hotel room as well.

The following is an edited and condensed version of our lively chat with Pannu, Kaushal and Kashrap.

Brief Take: What are your hopes for this year’s TIFF?

Anurag Kashyap: I looked at her and said “okay, she’s finally worthy of going to a festival.” [laughs]

TP: And I looked at him and said “you’re finally worthy of collecting money at the box office”. [laughs]

AK: I’m totally blown away by her. She is such a phenomenal actress, but she’s just too trapped in the world of box office.

AK: We need to pull her out of it a little bit. 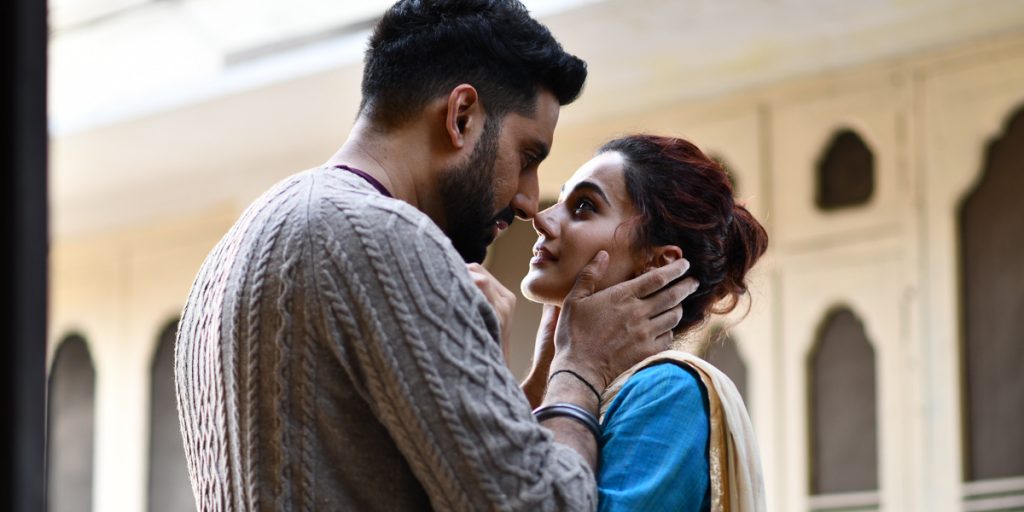 BT: When did you know that you had found your Rumi?

AK: After I met her, and we talked, I told my writer, that’s her, that’s the character, and then the task was to convince her. The film could have gone in many directions. Meeting her gave me the direction the film could go in. So literally it was like the script adapted itself to her. Not everything Rummi does is what she does, she was like “I’m not like that”, but what we could potentially do with that character came from her. And she is really shameless in front of the camera, my goodness! All the shame is off the camera.

BT: Last year, Cameron Bailey talked about the amazing experience of watching The Brawler in your editing suite. What does that mean to you?

AK: I remember my first experience when I watched Life of Pi, in Ang Lee’s editing suite, in 3D. In 3D and green screen, there’s nothing. I had no idea when I saw Life of Pi two years later that it would be that magical. The context that he gave, in explanation to something that was not visible then, that makes it very exciting. I wanted to go and tell people.

BT: Vicky, you said that this is your fourth or fifth experience at TIFF. Why is it so important to watch films in a theatre?

VK: It really transports you, in that black room when you watch something, on a big screen, with those colours and that surround sound, it just transports you. And for those two hours, two and a half hours, you’re not distracted. If you’re watching on your laptop at home, you could get distracted. You would feel like going to the washroom, or going to the kitchen, or getting some snacks, or whatever, and here, you’re going to get everything. It’s just going to start and firstly, it’s that viewing. Secondly, it’s more enjoyable when it’s a community viewing it. When you’re watching with an audience and there’s 100 other people there together, and you’re enjoying when you step out of the theatre together, it’s a different experience, you know? I always get transported.

AK: This is the only time you’ll have fifteen hundred people packed in a theater.

TP: I don’t remember the last film of mine that a I went for a red carpet premiere of sorts, so I think that it is going to be quite an experience to see this gathering today.

Husband Material is now playing at the TIFF Bell Lightbox in Toronto!