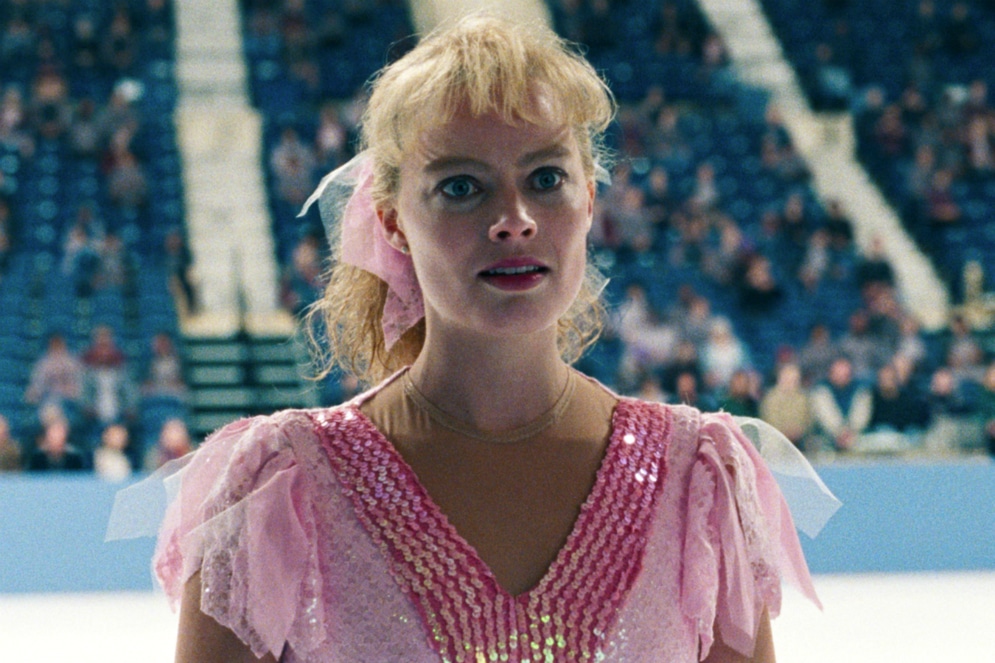 Prior to the recent Toronto International Film Festival, all I knew about the film I, Tonya was that it was a fictional twist on Tonya Harding’s account of the 1994 attack on fellow figure skater Nancy Kerrigan, and that it was a darkly funny talking heads sports movie in the same vein as any number of Christopher Guest comedies. As a HUGE figure skating fan who vividly remembered Harding’s triple axels and Kerrigan’s cries of “Why??” heard on news broadcasts for weeks afterwards, I, Tonya quickly became my most anticipated film of the festival. I was sure that I would remain a Nancy Kerrigan fan for life after seeing it though. Boy, was I wrong. I, Tonya forces you to empathize with Harding and acknowledge your own guilt in Harding’s subsequent banishment from competitive figure skating and the world’s stage. With a razor sharp script by Steven Rogers, award-worthy acting by lead actress Margot Robbie and supporting actress Allison Janney, and seamless direction by Craig Gillespie (Million Dollar Arm, Lars and the Real Girl), I, Tonya is sure to gain Academy recognition in the coming months.

The following is a condensed and edited version of our international roundtable with I, Tonya director Craig Gillespie.

How did you get attached to the project?

Craig Gillespie: I was the last one to come on board. [Screenwriter] Steven Rogers watched this on 30 for 30 and he’s the one that tracked down Tonya Harding. He went up there and did a six hour interview with her. It’s pretty much verbatim of what’s in the movie when she’s being interviewed. He thought, “This is amazing” and then he went to track down Jeff Gillooly and got these conflicting stories, which is the beginning of this script. Margot heard about it very quickly and she came on board while it was a spec script. Then they decided to find a director before finding financing, so I got to go in there and give my pitch, which I guess worked.

Do you think you know the truth of what really happened?

CG: In my heart I think I do, but I don’t emphatically know. We’ve all done so much research on this and we’ve met Tonya and Jeff and I’ve watched all these documentaries, but I still don’t know. I think that’s what’s so intriguing about this story because Tonya is so emphatic about her version of what happened and unapologetic in a way, and that’s her strength but also her detriment. Jeff is just, “Yeah, we were idiots”. Two months after it happened he copped to it. But Tonya has always emphatically stood by what she believed in.

What I love about this film, which I guess is what documentaries have, is that we’re giving you their version of what happened. Everyone has different versions of what happened; I know I do. I loved having that opportunity because we’re choosing to give different versions that the audience perhaps isn’t aware of. We started off fairly clearly telling the story but then once you get into the second half, I get you deliberately loose track of whose version you’re hearing. I don’t know if the audience is particularly aware of it and I sort of made some of those choices in the edit. When Jeff gets that phone call to look on the tv, and he’s saying, “what the fuck are you talking about?”, that’s Jeff’s version of the story. We’ve switched from Tonya but it’s kind of being done in a subtle way. I had the choice, editorially, to have him saying, “This is what happened”, but I wanted to see if we could get into that greyer area where you get involved in the story and don’t need to keep track of it. At the end you can ask yourself, “What is the truth and what really happened?”.

What were you surprised to learn about Tonya while preparing for the production?

CG: I had no idea of the abuse that was going on in their world and the abuse that she grew up with. When I read the script, and to me that was the most exciting thing, we all have this preconceived notion of Tonya Harding and she’s a punchline. Two years ago Obama tweeted that he was going to go Tonya Harding on somebody. Twenty-eight years after the fact and she’s still living with it. So I thought that it was such an exciting challenge because she’s such an iconic name in our society that I could actually twist that perception and make you empathize with her and understand her more. I think it’s a truism in life – we compartmentalize everything and everything is in black and white. But nobody does a particular act without a long history of getting to that point, and for them, there’s always a logic to it and understanding. The simplest way of putting it for her is that one line she says, which is “Nancy got hit one time”. The hit on Nancy was not even that big a deal in her mind. I’m not saying the abuse was an excuse…I’m just trying to understand her. She’s a human being.

The characters in this film are larger than life. What was it like recreating them with Margot, Sebastian, Allison Janney and Paul Walter Hauser?

CG: Paul was such a delectable find. He came in and I didn’t know who he was but he’s very funny and likes to improvise, so he’d be very generous with me with his takes. Allison and Shawn’s characters are so big! We actually have a lot more footage of them but editorially I had to find the balance so that we stay engaged in the emotional journey of Tonya and Jeff. I literally took out 4 minutes two weeks ago, just to keep the balance of the film. There was a scene where Tonya talks about all the people in Jeff’s life who are dead, coincidentally. And we go through this montage and see them all dying, and one of them is Paul. It’s very darkly funny and I fought for it all through production. Then two weeks ago, as we were exploring the tone, I watched the film without it and thought, “This is better for Tonya’s arc”, and I hated that I had to take it out. And Allison is so, so good in this. Steven’s writing is amazing but she was so game for everything. And Margot is just incredible. When I had to pitch myself to her, she said, “Everyone is talking about tone, and tone is this incredibly elusive thing. How do you nail a tone?”. I thought that was a great question and we ended up spending 45 minutes of our conversation on that. We also spoke about the violence and how we were going to handle that, and that was pretty much our whole initial talk. Then during the filming, no detail was too small for her. Whatever it was, from the wigs to the costumes to the casting, she was very involved and hands-on. I’m astounded by how much she multi-tasked and stayed focused and then put in this brilliant performance on top of that. That scene with the judge, for example. We did 270 scenes in 31 days, so it was 18 to 19 scenes a day. That one day, we had done 8 scenes and were ahead of schedule and my DP and I quickly ran around saying, “You know that scene with the judge? We can shoot that today”. But then the actor that we were going to use was away on vacation, because we weren’t scheduled to film it for awhile, and the guy that we had as a back-up, we had to see if he was around. We called him, he was on his sofa, and then an hour later he showed up. I turned to Margot and said, “Can you do that scene in an hour?”, and she said, “Alright. No problem!”. She comes back and just nails the scene and nails it in every take. And she was in the middle of shooting other scenes and training in figure skating! She trained for three weeks to skate like that. I mean she was just incredible.

Have Nancy Kerrigan and Tonya Harding seen the movie yet?

CG: Nancy hasn’t but Tonya saw it last week. I wasn’t there, the producers took it up to her in person, and she watched it with her husband. She was very pleasantly surprised. I think she felt that it was fair. I mean it’s hard to know and it’s hard for someone to be objective about themselves, so I was nervous. But it is her version and we tried to honour that.

I, Tonya opens exclusively in Toronto on December 22nd and then expands in theatres across Canada on January 5th