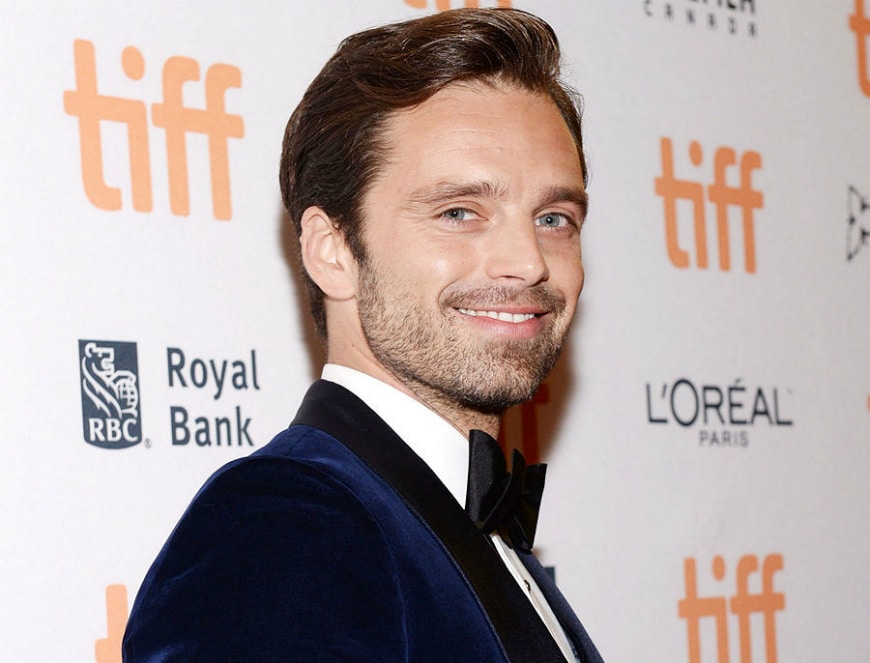 Perhaps best known for playing Bucky Barnes (a.k.a. the Winter Soldier) in the Captain America films, Sebastian Stan plays a completely different role (albeit one who’s also deeply conflicted) in I, Tonya. Portraying the devilishly charismatic yet abusive Jeff Gillooly to Margot Robbie’s Tonya Harding, Stan immerses himself completely in the darkly comedic film that’s been earning Oscar buzz since its premiere at this past September’s Toronto International Film Festival.

A few days after the film was met with rapturous applause at TIFF, we had the chance to sit down at an international roundtable to speak with the amiable Sebastian Stan. The following is an edited and condensed version of that interview.

What did you think about Jeff and Tonya after first reading the script?

I was laughing so hard when I first read the script, and then was questioning the things I was laughing at and my own value system. You’re talking about two individuals who are very damaged, particularly with Tonya. I won’t go too much into his life, but from what I’ve learned from his interviews, his past isn’t that great either. The problem is that if you’re learning from abandonment, uncertainty, abuse, and those things are in your home environment when you’re a child, you immediately associate them with love. Then you seek those things later in life and both Tonya and Jeff were victims of that.

Did you follow the case closely when it happened?

SS: No, I was 10 or 11 at the time and in Europe, so I didn’t remember it that well. But I had seen the 30 for 30: Price of Gold recently and that was great. But the Olympics were absolutely crazy. I watched so many of those figure skating tapes and it’s just such a crazy world. It’s so much harder than it looks, and they make it look effortless. I think maybe one of the things that made Nancy Kerrigan so special was that she was so effortless on ice, she made everything look so pristine and regal. But this idea that the costumes and the pageantry of it, it’s just so weird. What was crazy was finding out how informed Jeff was about the figure skating aspect, because he had been her Manager at one point. So he actually knew a lot about it. According to him, he had a really good relationship with the judges, because she was so hot-tempered, so half the time they couldn’t talk to her. She couldn’t take criticism very well so he’d always have to be the mediator. Again, all of this is according to him.

What do you think of Jeff now?

You know even now, I don’t know what to say about that. At the time, I had to take such an objective point of view, where I had to remove my opinions from the matter in order to find a way in to him and the situation. The only way that made sense was to treat it as some sort of obsessive-compulsive love story. He’s someone who attached his identity so much to someone else, that without her he didn’t know what life was going to be like. And all of that was in the script. There were definitely moments where Margot and I would be in a scene where we’d argue about what exactly Jeff and Tonya knew and at which point in time. We’d find ourselves debating about who knew what and at what point. Certainly nobody seemed to be very innocent, in my opinion. I mean if you look at their body language, who looks like they’re lying the most? But that’s the thing, we will never really know. Maybe that’s what will always remain interesting about the story. I mean it’s like O.J. – why do we keep going back to that same story, that same night. It’s almost like the truth isn’t good enough.

SS: Oh, she’s so great. She’s such a committed and generous actress. We laughed a lot but there was always a trust level there where she kept asking afterwards if I was okay with the scene or if I wanted to do it again. It was nice because you need to have that kind of trust, especially when you’re doing that kind of physical work.

I, Tonya is available now on DVD and Blu-ray