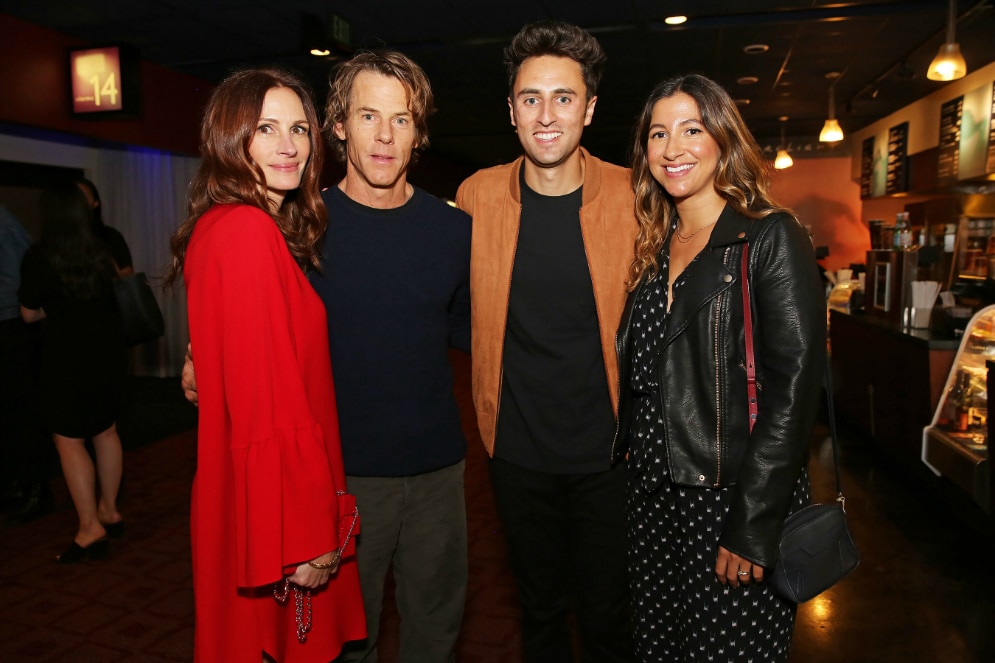 Ladies, stop what you’re doing right now because we’ve got the perfect weekend plans for you! Text your closest friends and invite them over to watch the Netflix movie Ibiza (maybe tell them to bring over a few drinks too). Trust us, it’ll be the most fun you’ll have all month and then all of you won’t be able to stop talking about the sweet and hilarious movie. Ibiza, starring comedy powerhouses Gillian Jacobs, Vanessa Bayer and Phoebe Robinson, is the movie of the summer and the best female-centred movie we’ve seen in a very, very long time.

We had the exciting opportunity to talk on the phone with the film’s talented director, Alex Richanbach, and the following is a condensed and edited version of that conversation.

Brief Take: Congratulations on the movie! I had such a fun time watching it and when my colleague interviewed Danny Pudi recently, he also couldn’t stop raving about this movie.

AR: That’s amazing. This movie happened really quickly and as we’ve been able to show the movie to people and they’ve been enjoying it, I mean there’s nothing more fun than that. You work in such a vacuum for so many months on a movie and then for everyone to be genuinely enjoying it? I’m trying to soak it up. I know this doesn’t happen every day.

BT: When do we get the follow-up, ‘Tokyo’? I would watch a whole series of these movies.

AR: [laughs] I would say that if there’s an outcry from viewers for a sequel and if we get enough people who would want to see it, then it’s got a much better chance of happening. You know it’s funny, I agree with you. I would watch Vanessa, Phoebe and Gillian go on just about any journey together. I’m down if the world wants it.

BT: This film is so well written because it’s hilarious but it also feels realistic and there’s so much heart to it. Can you talk a little about working with the film’s screenwriter Lauryn Kahn?

AR: Well Lauryn went on a trip to Ibiza and then came back and wrote this movie. I think it was such a pleasure to show off the fond feelings she had about Ibiza. Lauryn and I both come from the school where you tailor the script to the talent though. We started off with one script and then once we got to see everybody, we tailored it all to them. We wanted something as funny as The Hangover but as realistic and visceral as Lost in Translation, and we wanted to find the middle point to those two movies.

BT: Other than those two movies, did you bring any other cinematic influences to the making of this movie?

AR: You know, when I saw Magic Mike XXL in the theatre, that maybe was the most fun I’d had in a theatre in a very long time. I told Lauryn, “we need to make 90 minutes of a movie that’s that fun”. I also looked at a lot of Sofia Coppola stuff, she’s probably my favourite director with Lost in Translation and Marie Antoinette. I also got a lot of inspiration from Breathless – I hope that doesn’t sound too pretentious. We also took a lot of our editing approach from that movie. And then a movie that I’ll always watch, along with Lost in Translation, is 10. It’s really remembered for Bo Derek running on the beach but that’s a little 5 second clip from the movie and then otherwise it’s a mid-life crisis movie. I felt like that had a lot to do with Gillian’s journey in this. BT: Let’s talk about the core cast of this movie because they’re all so phenomenal in this. I could have watched hours more of Gillian Jacobs, Phoebe Robinson and Vanessa Bayer just hanging out with each other and then Michaela Watkins just ripping into Gillian.

AR: [laughs] I mean it was just an absolute dream cast! I was really careful to put together the cast one person at a time because I really wanted to know how each person was going to relate to one another. We were also careful about the order in which we cast it. Once we had a certain person we had a tangent in terms of what kind of person they would interact well with. When Gillian came on board, I mean I think she’s one of the greatest people in comedy. She’s so funny and she can nail all of her jokes and she can carry a story and she sets up everybody else for their performances to flourish. It was an absolute gift to the film to get her. Then Vanessa and Phoebe both are just the greatest. Vanessa is obviously a genius comedian. I had never seen her in a storyline across a whole film, and that was a selfish desire of my own because I just wanted to see her do that, and she obviously didn’t disappoint. She’s so natural and funny in this movie. Then with Phoebe, I had listened to her podcast and I got to meet her a few times and she kept sticking in my head, even though she hadn’t done a ton of acting at the time. I kept saying to Lauryn and our producers, “I really think she’s the right fit for this group”. Then when we got the three of them together, as soon as we finished the chemistry read, I got into my car and I called Lauryn, who was in her car at the time, and we both said, “oh yeah, that’s the group!”. With Michaela, we had done a video together at Funny or Die called ‘The Final Episode of Serial‘, and we just hit it off. It was such an easy working relationship. She plays such a mean person in this movie and I can’t think of anyone who is sweeter in real life. She’s just the best!

BT: And Richard Madden is such a handsome dork in this movie, for lack of a better descriptor. You brought out such a sweet, funny and lovable side to him that we only saw hints of in Cinderella. What was it like working with him?

AR: Richard is kind of like your ideal hunk in that he’s got this great voice and he’s obviously great looking. But he’s also this great actor who’s so sweet and funny, like you said. The first thing he said to me when we first started Skyping was “I think it’s important that this guy not be too cool. I want him to be just this normal person”, and I was like, “how fast can you get here?”. [laughs] I fell in love with him right away. AR: It was great because it was kind of like being in camp because we felt so far away from the rest of the world. So the handful of us who came out to do it, we all became really close. Then that feeling became infused within the movie because we really spent all of our time together. You work these really long days but then you get back to the hotel and we just all hung out in the lobby. We’d get up in the morning and then grab a coffee together before going on set. And the locations worked really well for what we were doing and the locals were fantastic. It was all local people in those club scenes and the enthusiasm of the two countries that backed this movie was huge.

BT: You’ve collaborated with Adam McKay and Will Ferrell quite a lot. As producers on this film, what sort of input did they give you?

AR: They’ve been so supportive! One of the true gifts of my life is to get to be working around and with them. Adam has been so supportive and has been such an important mentor to me. His big piece of advice is “take risks”. He said, “you can always work around them in the edit, but go and do some big things”. When you’re the most prominent producer and you’re telling me to take risks, well I just went for it. Then he loved the first cut of the movie and has been super supportive all the way to the finish. I honestly sometimes can’t believe how lucky I am. One of my first P.A. jobs was on the set of Step Brothers and I was watching him in awe there. The fact that he’s been such a big part of my life and such a big part of Lauryn’s life, I think we both look around sometimes and say, “wow, how did we get this?!”.

BT: Who would you like to work with on your next projects?

AR: Oh my gosh, so many! I had mentioned Magic Mike XXL previously and I would really like to work with Channing Tatum. There’s something so unique and funny about him, so I think he’d be really fun to work with. I don’t know how the two of us would ever collaborate but I’m stunned and so in awe of the first three films of Ryan Coogler. I just think that he’s brilliant. I also got to meet with Jennifer Lawrence a few times when I was at Funny or Die and I’d love to be able to do something with her.

BT: At the end of this film there’s a dedication to Garry Shandling. What does Garry and his work mean to you?

AR: Oh man, thank you for watching until the end of the credits! I’m shocked that anybody would see that. Adam and Chris Henchy introduced me to Garry when I was at Funny or Die. We had talked a lot about working on a project together that didn’t end up happening, but then we became very close. He became like a family member to me and was just an incredible friend like I’d never had before in my life. If you watch the incredible documentary that Judd Apatow did on him, you’ll see. I mean he just touched everybody in such a special way. He was such a genius comedian and also the most giving friend. We lost him not long before I signed on to this movie and every day I would get up and think, well if I could call him right now, what might he say? So I was thinking about him every single day and I really wanted to dedicate the movie to him. I miss him.

Ibiza is currently streaming on Netflix 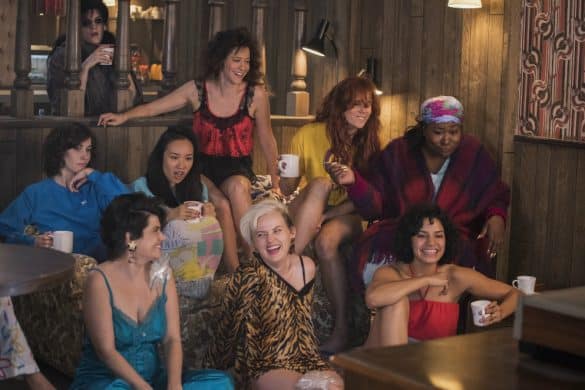 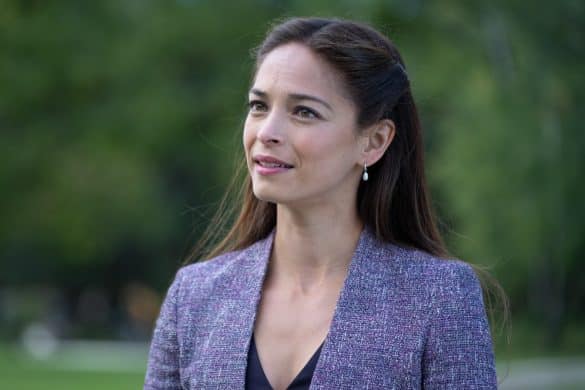 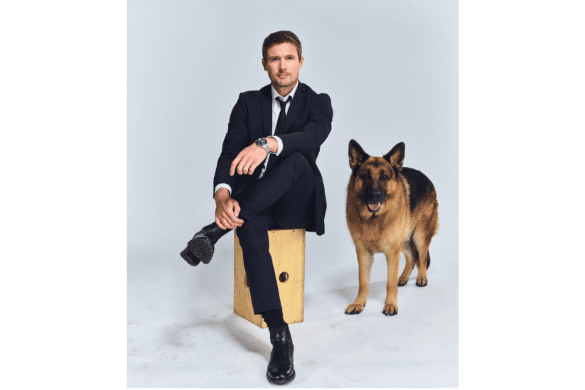