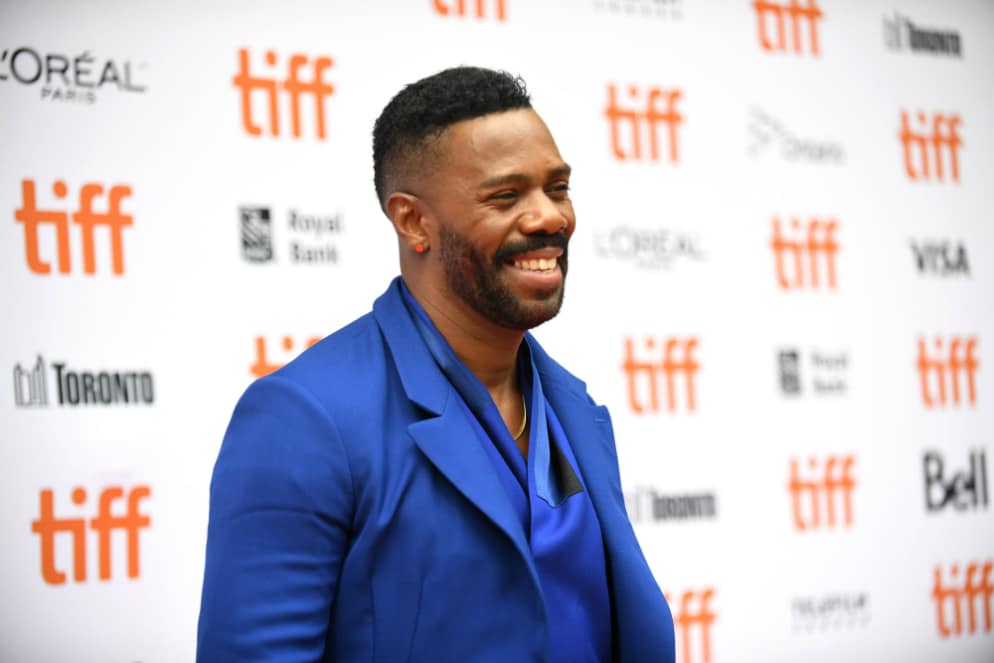 Colman Domingo is the very definition of a professional. In fact, just mentioning his name to his co-star Hari Nef at the Assassination Nation junket during the recent Toronto International Film Festival prompted a huge smile and a very impassioned “I love Colman!”. The multi-talented actor is a highly enjoyable interview and getting the chance to speak with him was a highlight of my TIFF. He is the first performer in the Walking Dead franchise to direct an episode (Fear the Walking Dead, in Colman’s case), an incredible asset in Barry Jenkins’ If Beale Street Can Talk, and when one wears a ring that says King on it (as Colman did during our intimate interview), one must have the chutzpah to back it up.

Here is a condensed and edited interview of our chat with the astonishingly kind (and oh so stylish) Colman Domingo.

Brief Take: Congratulations on all of your impressive work this year. In particular, you are an anchor in If Beale Street Could Talk.

Colman Domingo: Thank you. And it’s something that Barry saw in me. He cast me as Joseph Rivers, the man of this house and someone who can hold so much love and humanity and humility and graciousness, and have a little sense of humour as well. I know that at the centre, Joseph Rivers, and also Sharon Rivers, played by the phenomenal Regina King, we’re sort of like the roots of the tree so that our children could live and to flower, but you need to have some roots there, and the roots have history and such complexity to them. I know that’s why Regina and I worked so well together, and we saw that in each other. Immediately I knew that she was my wife and that we would give the film the anchor that it needs, so the other characters could fly and soar and sing. 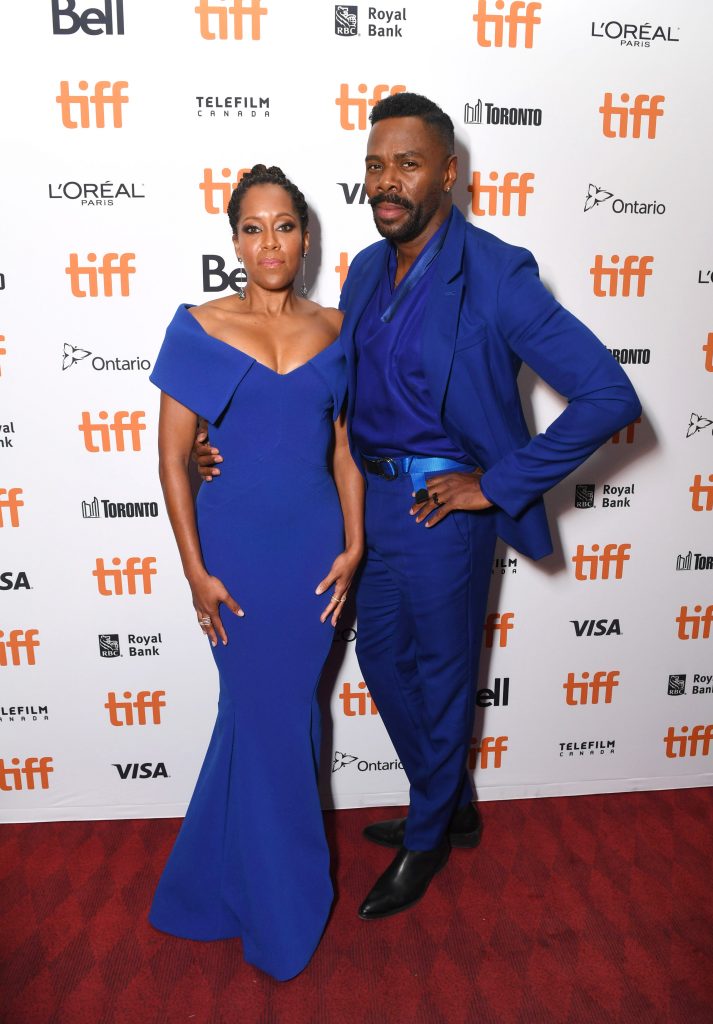 BT: You are really transformative in this role. Where did you gather inspiration for your character?

CD: I read If Beale Street Could Talk and I thought of my father. I thought about men who work with their hands, blue collar men like my brother, who’s a garbageman in Philadelphia. Men who are very simple, salt of the earth kind of men. And I thought “finally, I get to tell their story”, of men who know themselves. Joseph Rivers is a man who knows himself and who has so much quiet confidence. Someone who’s also a feminist, a man who likes a strong woman and raises strong women as well, and elevates them. He is someone who is very much unthreatened by anybody, who is a man’s man and he loves his brothers dearly. I have a scene with Michael Beach, which is still one of my favourites because it is about brotherhood and was very special to me. Sometimes you have to pick up your brother; it’s very important to me. And themes that are in Joseph Rivers are probably limited in me, obviously I have a bit more style, but I feel that at my core, I am Joseph Rivers in every single way. I know that I move through the world in a different way, but I think he’s a quieter part of my soul, that I know very dearly, and I love.

BT: Your character is complex and almost villainous.

CD: As a man, as a black man in America, he’s always challenged with “how do I take care of my family?”. The things that I would have to do, sometimes when the system is not set up for us, and my child has to eat and thrive. So what would I do, what would a parent’s love do? I will steal, I will rob, I will do whatever I can to get food in my family’s mouth. Because no one’s gonna feed them. And basically saying “America is gonna feed them”, so what are my options? My options are having a job as best as I can, I have love, I have humanity. I’m a man, but I know what I’m up against. And sometimes you gotta make these choices that are not fashionable. [laughs]

CD: I think Barry Jenkins is akin to a painter and he knows what he wants to paint. Nobody tells a painter what to paint. He’s really painting this huge canvas and you never know what he has in his head, but you can feel a little bit of it by the way his camera is moving. But at the centre he just wants you to be honest and do your work, and really relate to each character. I feel like it was one of the most graceful, elegant rehearsal processes and productions I have been a part of. There’s not a lot of noise. The sets were not loud. Everybody was working quietly and gracefully so that you can do your work, and that’s how we got to our sense of intimacy. It’s so intimate, so that he lets things breathe, so there’s not a lot of muscling or picking up pace or anything like that. He wanted you to be honest and just trust the character, trust the lighting, trust the environment and just lean into it. 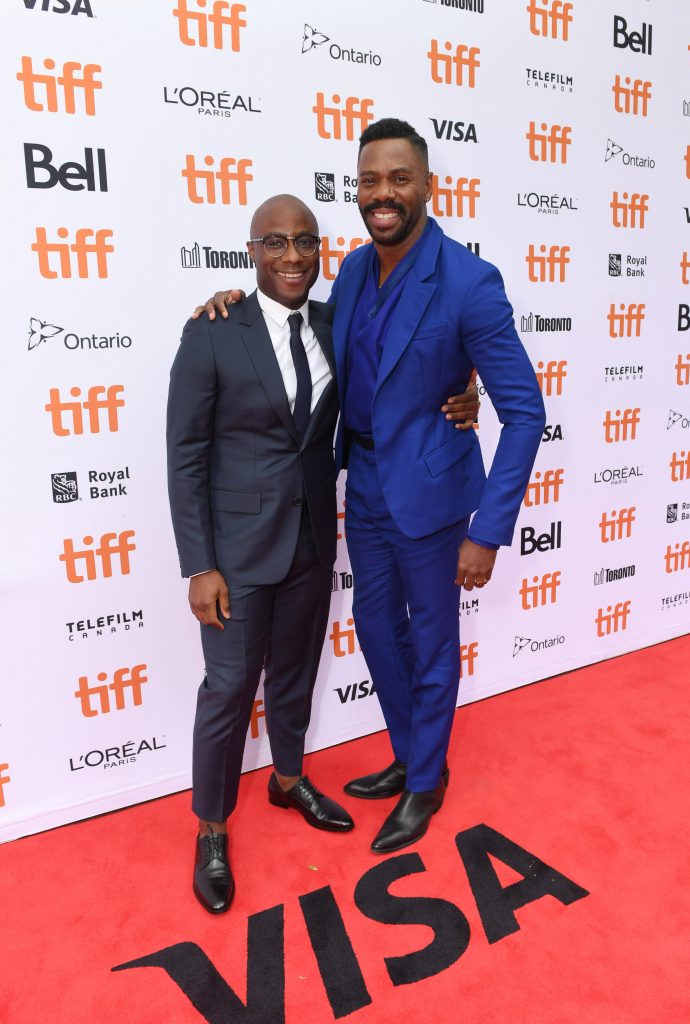 BT: What have you learned from your directors?

CD: Every great director gives something to you, and especially if you’re open to receiving. Some of the more difficult directors, they give you something. I watch everything. I watch every actor, every crew member, from the P.A.s to transportation, you name it. I was so curious about “how does that all end up on that screen? How does it all end up on stage?” Because I know that my work is not just the work of Colman Domingo, it is the work of everybody on that set, because I’m only going be as good as the person who was running my base camp. I’m just a collaborator with them, and I believe that that’s true. Everyone single one matters. I believe that I become a better writer, better actor, better director, each and every single time.

CD: Yes, it is, in every single way. I think If Beale Street Could Talk is like Fear The Walking Dead. I think that Fear The Walking Dead is a metaphor of “who are we at the centre?”, when all these things go away, all the things we’re comfortable with, the Internet, with lights, and running water. And then we have to go back to the basics. So I think the things I’m drawn to as well, I’m always wrestling with those questions. It makes sense to me that I’ve been part of the most incredible history dramas of our time, because I think I’m naturally curious about it, and I think there’s some sort of work that I’m trying to do in my life, about elevating our consciousness. How do we love and hold onto each other, even more so, and how I can do it as an artist, and be part of that conversation. That’s why I’m drawn to these directors I work with, like Steven Spielberg, like Ava DuVernay, like Lee Daniels, they all have this mission. 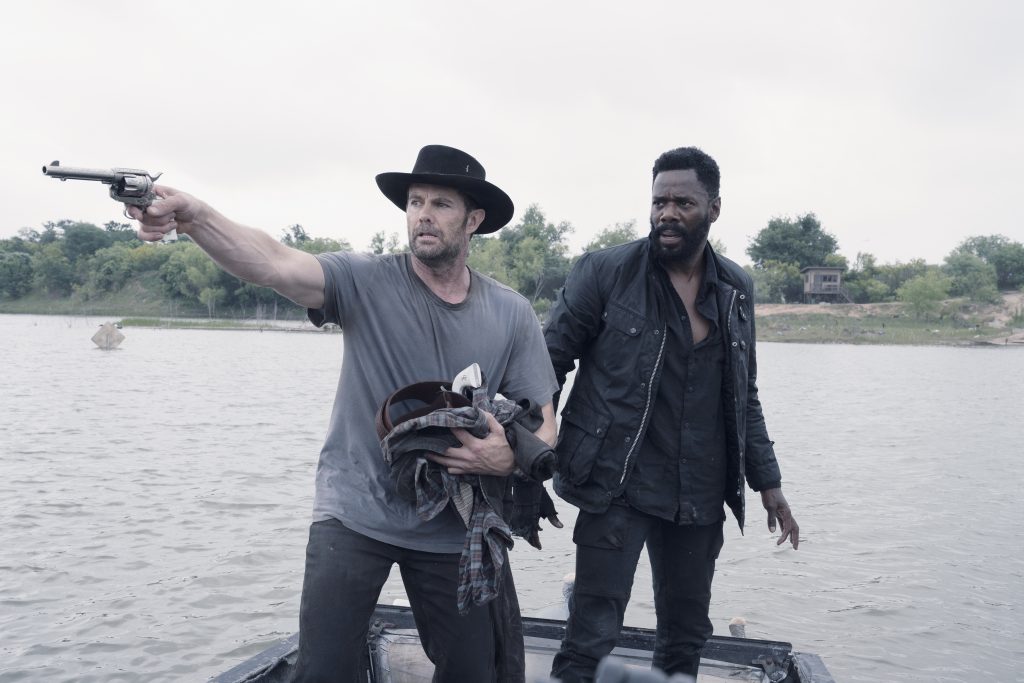 BT: One of the troubling aspects of If Beale Street Could Talk is that nothing has changed.

CD: That’s the urgency of a film like this, of a book like If Beale Street Could Talk, which is why people are picking up James Baldwin even more. People who, shockingly to me, don’t know who Baldwin is, and I’m like “Here’s the Shakespeare of our time!”. He said, and I’m paraphrasing somewhat, “I have the right to criticize America because I love it so deeply”. So here in this moment, he’s our critical eye, examining our history, examining our culture, as black, as white, as brown, and elevating the conversation to say “this is who we are”, “this is what we’ve been dealt, this is what we’ve come into as immigrants, as slaves, you name it. People who have left countries in order to come here and make money, and forget who they were, and now, this is America, and how do we move forward?. He is always saying “this is who we are”, now we’re going to have an honest eye of who we are going to be. What are we going to become and are we going to become this promise of the American Dream? Or not? That is why people are going in droves to Baldwin now, and I think that this film is going to be part of that narrative, to bring people to Baldwin’s work, because we all want to know who we are, and why are we dealing with these things we thought that we dealt with before? We had a black president. But what are we in this precarious time? We thought we moved beyond, but Baldwin’s saying “we’ve got to go to the root, go to the source, and see who we are”. And the perfect way to do it is with a film like this, which is so small, so intimate, but it is really talking about America, in every way, shape and form, black, white, gay, straight, you name it.