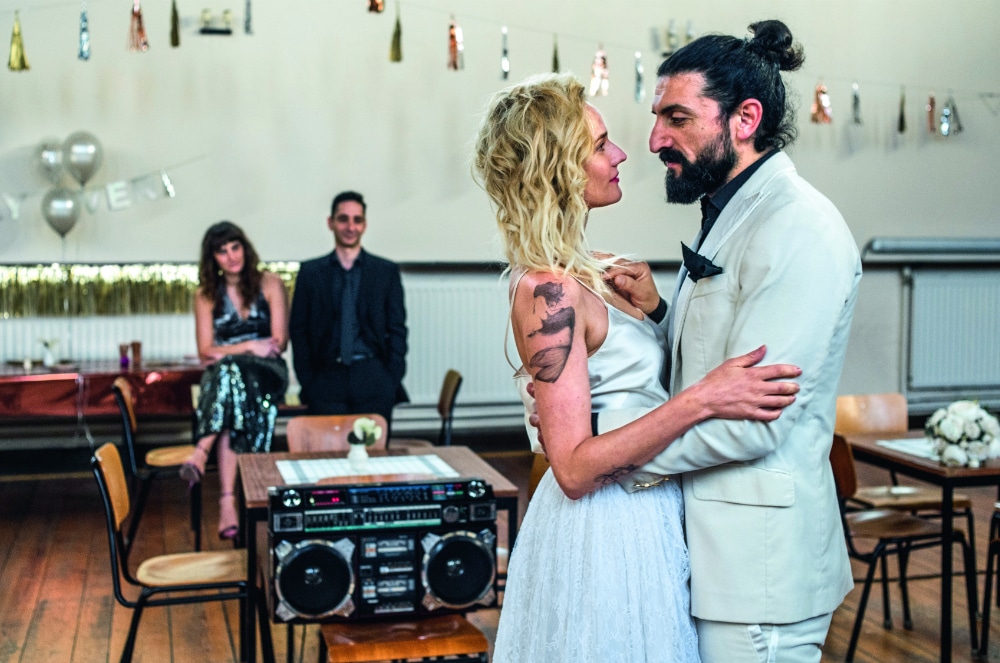 In The Fade is a theatrical film from director Fatih Akin and we were lucky enough to watch the film in a theatre, the historic Elgin Theatre at TIFF. This was the same venue in which we watched Kruger’s 2015 film Sky as it played as a part of the inaugural Platform program at the festival. Sadly, Sky didn’t win, but Kruger did deservedly win Best Actress at the Cannes Film Festival for In The Fade. The film is generating Oscar Buzz as its message of Neo-Nazism is certainly timely, and Kruger is magnificent in the film. We saw the actress and director at the film’s North American premiere the night before our interview, and we were thrilled to sit down at an intimate roundtable with Kruger and Akin the following morning at a downtown hotel.

This is an edited and condensed version of our conversation.

Brief Take: How did you get involved with this film?

Diane Kruger: I didn’t know about this project but I met Fatih Akin five years ago and said, “I would love to work with you if we ever get a chance” because I’m a big fan of his movies. And five years later, he called me and we talked about his movie and I immediately said yes. I mean, I’ll be honest, I would be an extra in his movie. *laughs*

BT: We last saw you in Sky, which also premiered at the Elgin. Would you be able to draw a parallel between the two films?

DK: I mean, as an experience they were really different. The common thread might be women choosing whatever common path they want to go, and in both films they’re the central character of the movie. They don’t serve a male storyline. They’re proactive, I guess. So in that sense, maybe. But this movie was a much more *laughs* trying, intense experience for sure.

BT: But I don’t see that proactive-ness in other films, maybe you just find the ones in which that emotion is expressed.

DK: I try. It’s not easy, a part like this or Sky doesn’t come along often. It’s funny, because I call Fabienne [Berthaud], the director of Sky, my French mentor and then, now, *laughs* [turns to Akin] I found my German mentor.

BT: Who is your English mentor?

BT: How do you prepare for a role like this, which is so intense?

FA: I create a space. The only thing I can do, that the actors don’t have to do, is fear. Just to create the space that we can trust each other. I have never met an actress who is that prepared as Diane was. I just had to say action and cut and that’s it.