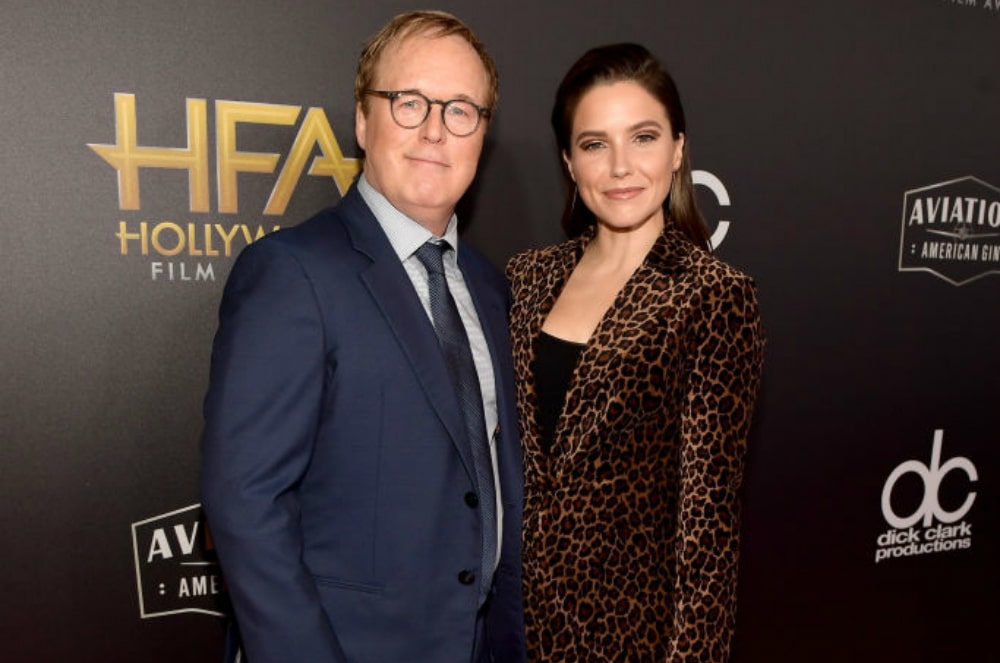 Whether he’s directing animated features (The Incredibles, The Iron Giant, Ratatouille) or live-action spectacles (we still marvel at Tomorrowland), Brad Bird is one of our favourite working directors. Fourteen years after The Incredibles, Bird is back with Incredibles 2, which begins right where its predecessor left off and, like the first film, is another timely take on parenting, feminism and (apt for this weekend) fatherhood.

We were super excited to sit down at a roundtable interview with Academy Award winning writer/director/producer/voice actor Brad Bird prior to the release of Incredibles 2 and the following is an edited version of that conversation.

As someone who works both in animation and live-action, are there things that you may discover while, for example, hanging Tom Cruise off the tallest building in the world in Mission: Impossible – Ghost Protocol, that you can apply to something like this, and vice versa?

BB: Yeah, you benefit from people who are nuts. I mean Tom, the fact that he was willing to do that — and not just willing, but enthusiastic — was a huge plus. We couldn’t have done that sequence the way we did if he hadn’t been willing to just go out there and do it. And it was physically very daunting, and he did it, so it was really great. And I think you look for fellow crazy people, I think that that’s it.

You know Tom loves movies and everyone at Pixar loves movies. I mean truly loves. Like if they see a movie that they’re excited about, they have to tell you. And we play a lot of different films at Pixar. We play tiny independent movies, and people say, “I saw this, you have to see it.” And we run old films on Monday nights. You know, film prints. And the projectionist that we have has his own collection of film prints. And so it’s a company full of people with odd, very specific talents, but they all share this genuine love of movies.

How does your family influence you as a filmmaker and storyteller on a day to day basis?

BB: Well, they’re a huge inspiration. I mean, my wife has many traits that Elastigirl has. She’s tough, she’s smart, she’s loving, she’s ferociously loyal, she’s funny. And the stuff with my own family has creeped into those movies — both of them — a lot. My son Michael does the voice of Tony Rydinger, who’s Violet’s sort of guy, and he looks kind of like [how] my son did in high school; Jack, my middle boy, was a baby when I first came up with the idea, and we called him Jack-Jack, and he kind of looked like Jack-Jack, he was kind of robust; and Nick, my youngest, was in a good mood 95% of the time, and then he was in a terrible mood, and that’s very much like Jack-Jack in some of the scenes. And so they’re peppered in there left and right.

And also the family that I grew up in, with my sisters. I had three older sisters, so I was the annoying little brother. And my parents, you know, so both those families — those two families — are a huge part of these movies. And that’s why [these movies are] strangely personal to me. They seem like they’re very commercial; you know, there’s comedy, things blow up, things go fast, all of that. They seem like candy-coated things, but they’re actually strangely personal to me. I like these guys, that’s why I wanted to return to ’em.

You collaborate once again with composer Michael Giacchino for Incredibles 2 and some of the best aspects of his work in the film are the jingles for Elastigirl and Frozone, for which Michael collaborated with the amazing Alex Lacamoire. How did that collaboration between Michael and Alex come to be?


BB: Michael was in New York, and somehow, I don’t know how he contacted Alex or ran into him or something, but they started talking. And pretty soon he not only did the jingles with Michael, he orchestrated one of the cues — when [the Parrs] come into the new house, that whole cue, which is a great cue. That’s Alex’s orchestration. So I hope we do more with Alex, he’s great too!

In every animated film, there’s usually one tough problem you have to crack. In Incredibles 2, what was that problem?


BB: Well, one problem that never changes is story, and how do we make people care, and how do we keep them interested, and what will surprise them and all of that. The initial core idea that Helen would get the assignment over Bob, and that Bob would be at home taking care of the kids while she’s out there, and the fact that him getting a chance to do it again is dependent on if she succeeds — that idea I had as I was doing this on the first film. So that didn’t change.

What did change was all the villain stuff — the Screenslaver and all of that. That changed a lot, and it changed many times. And we had a year taken off of our schedule, because Toy Story 4 was having some story challenges. And that’s not an unusual thing at Pixar. We were originally supposed to be after Cars, the first Incredibles, and then our story reels came together a little faster than Cars, and so we moved in front of Cars. I mean, you’ve seen the film, it’s big and all of that — and we don’t want there to be any hit on the quality at all. We want it to be as good as anything that’s ever come out of the studio, but now we have a year less to do it in.

So that focuses the mind very well, and that was a huge challenge on this one. But the crew is amazing, and they rallied, and we all kind of agreed that we’re gonna see each other in our shorts; and don’t be critical, just understand that we’ll all get pants eventually. And what I mean by that is showing work before it’s at its best. Everybody there has pride in their work, as you can imagine, and we had to kind of be in each other’s faces [about] it, because we didn’t have time to package things and send them anywhere.

We had to all kind of be in a sweaty, too-small room together, metaphorically, because [snapping fingers] communication had to be instantaneous. So if I was doing a storyboard pitch, we had the art director in the room; and normally he wouldn’t be there until we were ready and firm with the story, but he had to know if there were any changes in story. Because he had to immediately adjust what he was doing and how he was preparing his team.

So we were kind of in each other’s face, but we all kind of just held hands and pledged this is the way it’s going to be on this if we’re going to make this deadline, and do it with quality. And everybody was really cool about it. It almost makes me kind of misty-eyed to think about how good the crew was.

You’ve made so many films that have truly excited people over the years, is there anything recently that you’ve found yourself excited by?

BB: Oh, I absolutely loved Guillermo del Toro’s film The Shape of Water. I was so happy that he won Best Picture for it and I was so happy that I got to see it at Telluride. And I think that one of the films that people just didn’t talk about enough was Blade Runner 2046 because it was just absolutely spectacular. I liked it the first time I saw, but I didn’t love it think that it was a good, solid smart piece of filmmaking, nicely shot etc etc, but I wanted to see it again. When I ultimately did, I saw all things that I missed on the first viewing and I think I’ve watch it five times by now and I know it’s almost sacrilegious to say, but I think I really enjoyed it more than the first Blade Runner which is obviously great, but the sequel just didn’t get enough love as it was a great job by Denis Villeneuve and everyone involved on that shoot…and I actually want to go see it right now! [laughs] But I also loved Greta Gerwig’s film Lady Bird and I thought The Big Sick was pretty brilliant. It was a great year for movies last year even though I am almost always usually playing catch up.

Incredibles 2 is now available on Digital and is available on Blu-ray 4K Ultra HD, Blu-ray, DVD and On Demand on November 6!