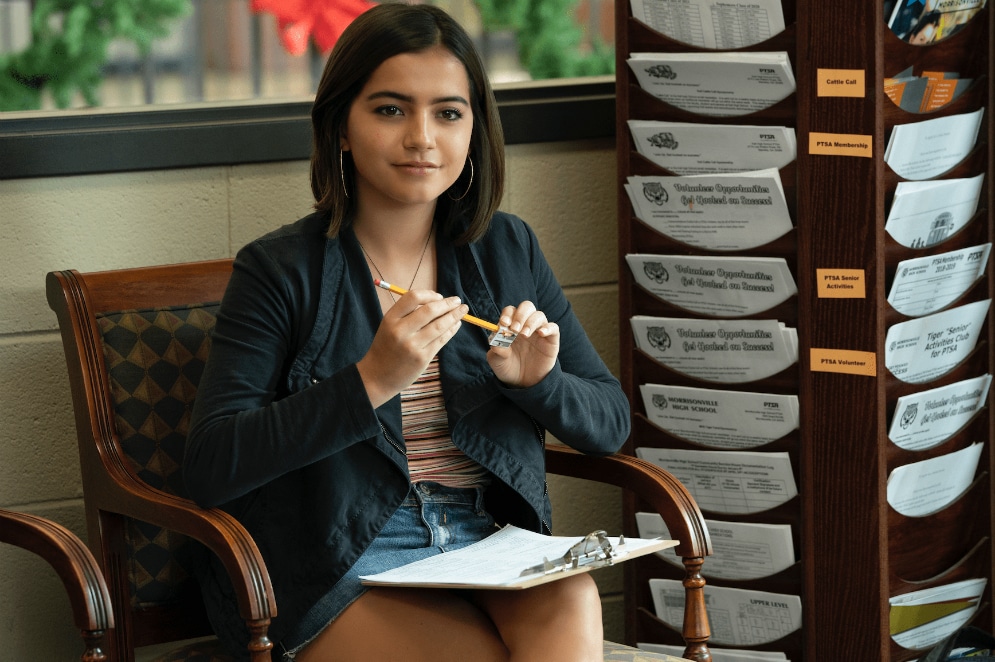 Isabela Moner is somebody who has inspired us for a long time, which is incredible considering the multi-talented performer is just 17 years old (!). Yet she commands the screen in movies such as Sicario: Day of the Soldado, Transformers: The Last Knight and we can’t wait to see the magic that she will bring to the upcoming Dora the Explorer. She was certainly a magnetic presence as Lizzy, the foster daughter to Mark Wahlberg and Rose Byrne’s characters in the charming comedy Instant Family, out on Blu-ray tomorrow.

We were excited to get the opportunity to speak with Moner on the phone from Toronto, where she is shooting the upcoming Netflix film (and John Green/Maureen Johnson/Lauren Myracle adaptation) Let it Snow.

The following is an edited and condensed version of our phone interview with the grounded and highly accomplished Isabela Moner.

Brief Take: Instant Family is such a special film to so many people but I imagine that you’ve gotten the warmest reception from the foster care community, who don’t normally get to see their stories depicted with this much realism and soul.

Isabela Moner: (Director/writer) Sean Anders really wanted to make sure that the whole foster community was involved, because he made this movie for the community, as well as to educate people of course. He would invite foster families to the premiere and he would even do the tour around the country where he would show the movie to them. This is truly a philanthropic film to him because he is a humanitarian. I told him everywhere he goes, I would follow him, because everything he does is so genuine and he’s just a good person. [laughs] You don’t find that in the industry -people who are doing it for all the right reasons. Everywhere that we went, showing this movie, people were just so grateful, and to see that it changed my perspective on everything. I mean doing this movie alone changed my perspective on the whole foster care system and the children in it.

BT: What did you like best about working with Mark Wahlberg, who you’ve now worked with twice?

IM: I would love to work with him again because he’s seriously a machine—he just goes and goes and goes and goes. What’s amazing is that he also makes time for his family and he wants to be in his children’s lives, even though he wants to do about a million different business ventures. [laughs] I don’t know how he does it! But seeing him in his element is an inspiration every day. Just seeing him and hanging out with him one more day would be amazing—I would give him a hug. 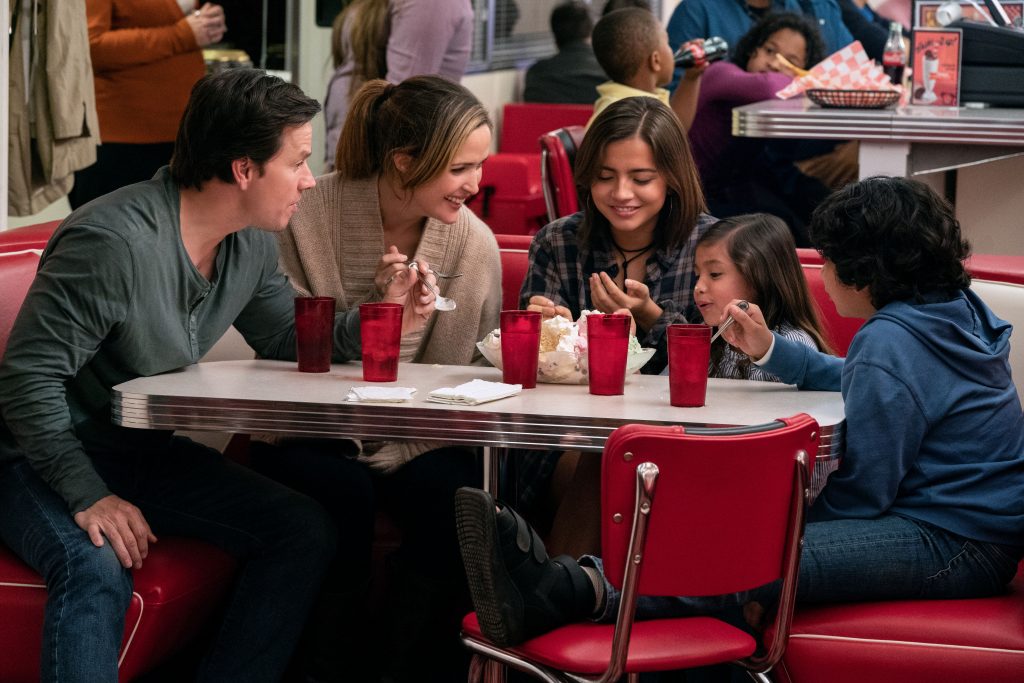 BT: You have incredible screen presence. Where do you draw inspiration from for all of your characters?

IM: Oh thank you! Well for Instant Family, I have grown up my whole life with a loving family—I’ve been very lucky in that department. I mean I still think that nobody’s perfect, even if they have a great family, but I gotta say, a lot of my greater qualities are thanks to my loving parents. Then playing this character that has none of that, she has no foundation, not a sturdy one at least, and I had to look to real-life examples of that. Lizzy is based off of a person I met who is wonderful—she is in her mid-twenties right now and she was actually on set every day because they hired her to be a P.A., and so I talked to her a lot. She actually turned out wonderfully, but she has the same story as Lizzy, kind of, because she was raised in a crack house and the lab exploded when she was 12, and she got put back in the system and then she got adopted again by this really religious woman, who she clashed with a lot. How she grew up, the odds were against her but you’d think that she wouldn’t turn out great, but psychologically she is the smartest, wisest and most wonderful person that has everything together. Having her around really helped me channel Lizzy.

BT: Who are some of your inspirations in the industry?

IM: In the industry, I love Natalie Portman. She’s amazing, and she inspires me when it comes to education because I’m  into psychology and she’s into psychology. She is also amazingly beautiful and she’s got so much going for her. I would love to work with her! For directors, I would love to work with one of the greats, like Martin Scorsese or Christopher Nolan. I would be honoured if one of them would reach out to me. 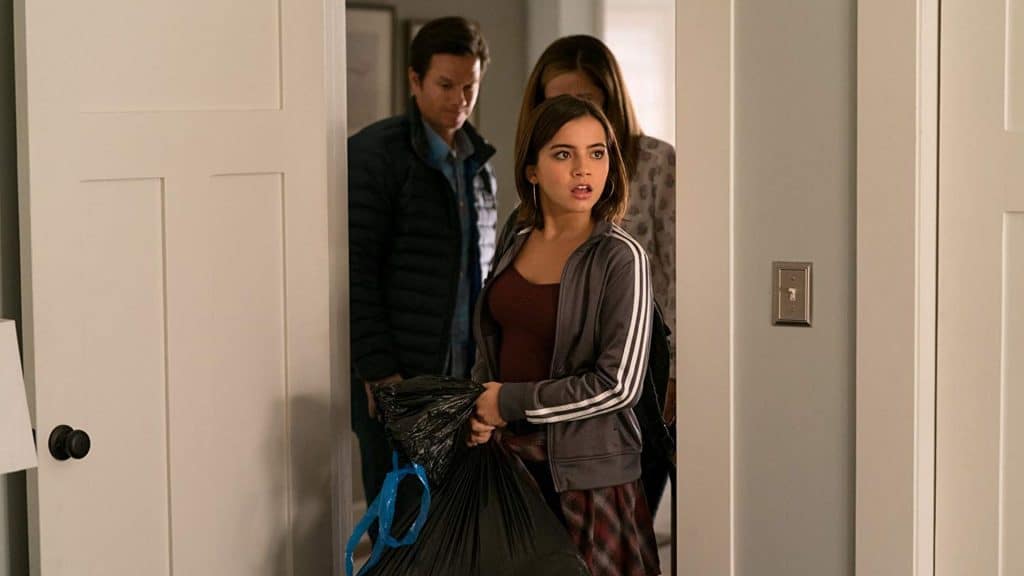 BT: How do you stay grounded in your multiple artistic pursuits?

IM: It’s really just family and my brothers who constantly make fun of me. [laughs] Also friends, I think that who you surround yourself with is important. I still live in Cleveland, Ohio, so I have the same friends who I grew up with and haven’t lost them. Also my relatives in Peru inspire me to really embrace my culture, and they’re super happy to see me every time I come back to Peru. Even though I might not be there every day, every time I see them they are just so loving.

IM: Yes, I am in Toronto right now. In March, I’m getting into the Christmas spirit. It’s truly weird. I’m surrounded by snow and this whole movie is pretty Christmas-y. My character is a bit of a cynic and doesn’t like Christmas though. But she’s definitely gone through a lot. I’ve never gotten to work with a cast of people who are all my age! It’s kind of a coming-of-age movie and I enjoyed that a lot actually. Just getting to know more people my age in the industry and what they are going through… you can learn from people who are your age in order to figure it all out.