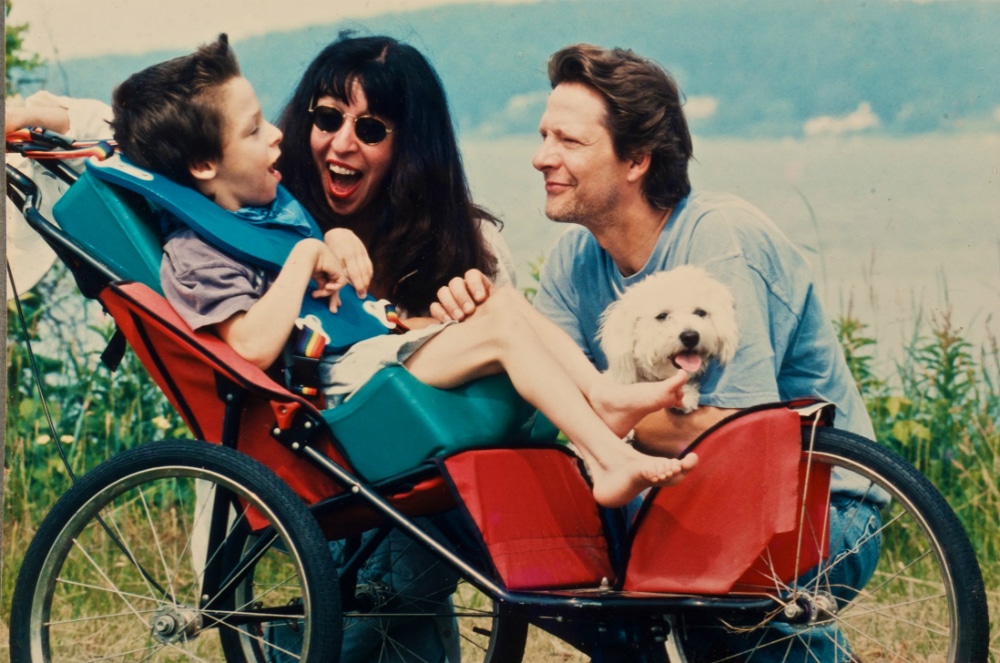 One of the highlights about writing for Brief Take is that often I am involved in many aspects of the content production process. So in the case of Dan Habib’s incredible film Intelligent Lives, I saw the movie was playing at a film festival. I contacted Habib directly, booked my own interview and then was fortunate that he directed me to Marianne Leone and Chris Cooper (yes, the acting legend Chris Cooper), who produce the film and which Cooper narrates. The film is a beautiful meditation on the power of integration. In fact, the message is clearer because Habib avoids pandering. Interlaced is the recollection of Leone and Cooper’s son Jesse, who was always integrated into mainstream schools, but only because his parents fought passionately for him.

The following is a condensed and edited version of two sets of interviews.

Brief Take: Could you tell me a little bit about how you got on board with the documentary?

Marianne Leone: Our son was physically disabled but not intellectually, but when you’re non-verbal, you’re still subject to that thing in which people assume you are intellectually disabled. It made us fight that much harder for our son because once he was tested with the computer, he was ninety-ninth percentile, he was a Latin scholar, in school he was a straight A student and a poet. And none of that would have happened if we hadn’t fought for his inclusion. That’s what makes us so on board with this.

BT: Dan, how were you able to get Chris and Marianne to open up?

Dan Habib: Well, Marianne is just a big a factor as Chris in this whole project, they’re both executive producers on this project, and Chris is such an incredible actor and a well-known person, and he was an incredible person to volunteer his time, they both volunteered their time. I think that they both saw this as an opportunity to fight for inclusion in all levels of society and Chris, hadn’t had a chance to talk about it in this very personal way, he hadn’t had a chance to talk about the struggles that they had, to just get people to see his intelligence and his capacity and how heart-breaking it was for them. It was very emotional for them to see it, and he said afterwards that it was very cathartic. We’ve been friends for about eight or nine. I think that the foundation of friendship helped to make this happen.

BT: In the documentary, the film highlights that there is a real lack of progress in the education system.

Chris Cooper: Over the ten years that we’ve known Dan [Habib] and his family, we have all shared these conversations and these frustrations that we’ve had, as our children have grown up and are growing up. So it was finally kind of nice to put down on… I mean, Jesse’s passed away and as we say one thousand times, we’re no longer “deeply in the trenches” but still work with children with special needs and are still involved locally with Federation for Children with Special Needs, and some other organizations that work with different challenged kids. So it was good to get it down on film, my frustrations that I had, I think it was really my first time I’ve ever, since we lost Jesse in ’05, that I’ve ever spoken so publicly about it. Also with Dan’s writing and his research, to find this history, in which this testing has not been very helpful, and has often been used against nationalities, immigrants, as I said in the film, it was used against the Jews, the Russians, the Italians and really the purpose of that? I don’t know. The purpose was to put them back on a boat and send them back home, but it was certainly not used to help.

CC: I mean, we had this very discussion, a really nice discussion up in Oregon at the [Ashland Independent Film Festival] and we found ourselves asking that very question, and we don’t, man, I don’t know if we do have the answer, but it has its ups and downs with each administration. I think we’ve heard, every now and then, that things may not be so great at the school to which Jesse went. People are very particular about where their funding is going. It requires the patient involvement and getting these kids out in public and stop hiding them away. They’re such a…

BT: Your film is also very special because it doesn’t talk down to people.

DH: My lens through which I do a lot of my filmmaking work, looks at issues of disability, inclusion, but I try really hard not to be didactic about it or prescriptive. I think people are motivated by the human stories that show people living out what’s possible. But also I look back at the history, and think *laughs* “wow”, look at what we went through, to get back to this point.

BT: Did you move cities to help Jesse?

CC: We were living in Hoboken, New Jersey, and Jesse was at an educable age and we saw that it was going to be very difficult to work with the state of New Jersey or the state of New York, their percentage of inclusion at that time was pretty dismal and I don’t know if it…I can’t say it’s improved over the years. This was early computer period, ’93 – ’94 and Marianne did the research and saw that things were very much in place in Massachusetts, so there was no question about where we were headed.

ML: Just not the town we moved to, unfortunately.

BT: Do you inject this life experience into your on-screen roles, such as Jean-Marc Vallée’s Demolition and on The Sopranos?

CC: Marianne and I are reminded every day, ten, fifteen times a day of Jesse, so in dealing with that subject matter, of course! He’s right in my consciousness, when those scenes were being shot, of course he was on my mind. The loss of Jesse was sort of the replacement for the character in the film [Julia].

ML: After we lost Jesse, I lost my television son [Christopher] on The Sopranos, and I had to fall in front of his coffin, and I actually did faint on set that day. But it’s not cathartic. A lot of people ask if it’s cathartic having written a book, and you know what the root meaning of cathartic is, it means “to purge”, and there is no purge. We just try to honour him any way we can and the way to honour him is to validate his humanity on Earth.

BT: How important is it to have the Q&A’s following each screening?

CC: I just look at Dan and his team and how on top of it they are, they are going to get it out to as many screens as they possibly can. (Having the kids there) will have a whole other dimension to it. We are very much looking forward to having them there. Not to give you a flip answer, but what do any of these films do? You never know, it affects an individual viewer and they decide to do something.

ML: We have a friend who is Jesse’s age, Alexander Freeman, who is a graduate of Emerson College, he’s working on a film that Chris has agreed to narrate called Castable about casting people with disabilities in film, that will be interesting.

Intelligent Lives will be screening as part of the ReelAbilities Film Festival on Wednesday May 29 at 7pm. For more information or to purchase tickets, please click here