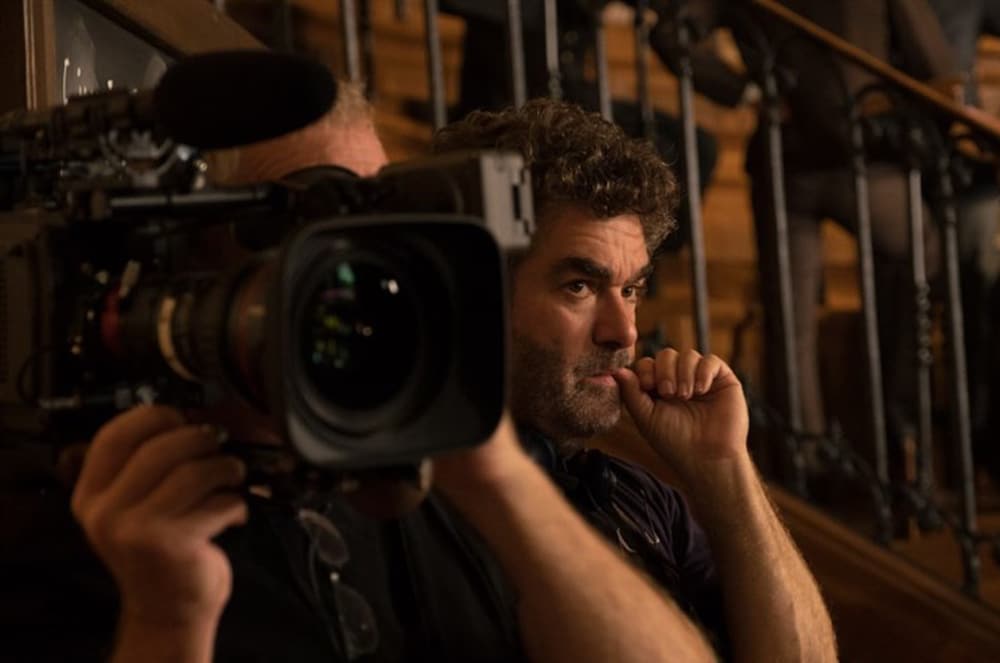 We sat down with Berlinger and his coterie during the Hot Docs festival at Luma in the TIFF Bell Lightbox between screenings of the two films and discussed his singular approach to making the film Intent to Destroy: Death, Denial & Depiction. The following is a condensed version of that discussion.

Brief Take: I feel like I approached your film differently because I had seen The Promise.

Joe Berlinger: What is interesting to me about my movie as it relates to The Promise is that I really tried to transcend the Behind the Scenes genre in terms of the making of that movie and the story-points of that movie that I chose to highlight. The film to me was not telling the story of the making of The Promise for the sake of telling that story. It’s a great structural and cinematic device to allow me to tell the history in a way that would make it engaging for a twenty-first century audience.

BT: How do you feel the films play off one another?

JB: When I was originally approached to make the film, I was not aware of The Promise and I was originally just approached about making a straightforward documentary with talking heads and archival footage and that’s just not the style of film-making I like, and I actually passed on the project. But then when I heard that they were making The Promise, that was when I went back to those producers, because you know, it’s the same producers, who are not film people, they’re people with a political agenda, which is always dangerous to read into that type of relationship, but I believed in the cause, so I went to those people and said, “you know, now that you’re making a film called The Promise“, I know that this is historic, because no mainstream Hollywood film, even though this is not being made by a studio, no mainstream film has ever come out of Hollywood because of this interference. I think if you allow me on set, which took a lot of convincing, I mean, Christian Bale, Oscar (Isaac), this is not something that they normally would allow, it also took a lot of convincing. It was not a given that I would be allowed on that set, when I heard that they were making that film, that’s when the light bulb went off for me that it was a great delivery system, not to be gratuitous, EPKish, but to use it for a larger purpose.

BT: The Promise of your film looks very different than the actual film.

JB: Interestingly to me, there’s a couple of moments in Intent to Destroy from The Promise that aren’t in The Promise, like the Turkish General scene, that was cut. Oscar being told to go take his, go walk up the stairs because you’re Armenian and you can’t sit here, that’s not in The Promise. So that demonstrated how, look, I’m not here to tell the story of The Promise as a promotional vehicle, I’m here to use those moments for a greater purpose and I think, you know, I’m always trying to break the form or push the envelope a little bit, but (laughs) sounds maybe arrogant to say, but I feel like I’ve elevated that Behind the Scenes genre in the service of telling a larger story, in the service of making it accessible to an audience.

BT: It’s so fascinating that you have Atom Egoyan in your film, especially since you both also made films about the West Memphis Three.

JB: There are some intersections there. Atom is a filmmaker I revere. I mean The Sweet Hereafter was one of my favourite movies, high on my list of the Top Ten, so we didn’t know each other until we started tackling Devil’s Knot, a film in which I had no official involvement but we had some interactions there. And I felt he had a challenging task, precisely because the documentaries were so revered and so well-known, that I felt that, not to pat myself on the back, but that particular series was really well-known, so people have a certain expectation of that story going into Devil’s Knot, and I think that’s why he had mixed results with that film, so it’s interesting that our lives have intersected in that way.

BT: The Atom Egoyan section in your film is fascinating.

JB: When I told him I was making this film, he told me the story and it just sort of blew me away and I felt that it had to be in the film. It’s just an incredible story. I didn’t know until I mentioned the film, because I had just started and I felt that I should reach out to him because of his, I was curious about his Ararat experience because “did he have issues or not” and I had no idea it was to that degree. It was a great story.

BT: How do you want audiences to approach the film?

JB: I really feel like this is a film that needs to be seen on the big screen.

Intent to Destroy: Death, Denial & Depiction is currently available on iTunes exclusively prior to its television broadcast later this year