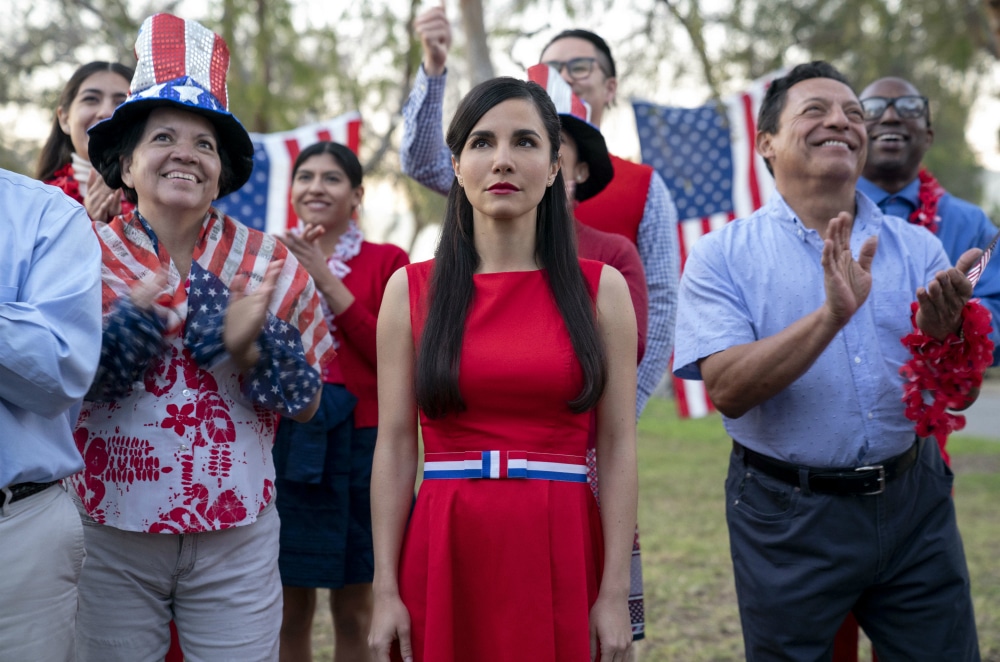 Into the Dark: Culture Shock is part of a series of Blumhouse Productions movies that air on Hulu during holidays or at distinctive times of the year. Culture Shock is the boldest and most interesting movie of them all as it stars Martha Higareda in the lead role of Marisol, and her performance alone is incredibly nuanced and fascinating to watch. Of course, we were blown away by the series Altered Carbon on Netflix, and we specifically made an effort to speak with the curious Martha Higareda about both brilliant projects. Her responses were extremely specific and as the movie features many twists and turns, try to watch it without reading up on anything (other than this particular interview), as the multitalented, multilingual actress revealed a little but was kind enough not to reveal spoilers.

The following is a condensed and edited version of our interview with the quirky Martha Higareda.

Brief Take: This project feels in some ways similar to Altered Carbon, but from what I understand the two are not related, as in one didn’t lead into another.

Martha Higareda: I understand why you’re asking me about something similar to Altered Carbon, but we don’t want to give some things away, right? [laughs] Well I did a lot of research when I did this movie and before I was doing the movie, I was always very attracted to reading stories about crossing the border and what’s happening today in the United States and in the world in general when it comes to immigration. So I was already very interested in telling a story like this. Then when I called my agent, I said “Hey, I want to do something that has to do with immigration that can really thread the needle in a way, or tell something unique in the storytelling” and then he sent me the script. Then obviously all the other research that had to do with what would it be like for an immigrant who is not only crossing the border but she’s pregnant. I think that for the movie and the path of the character, I wanted to create this urge of survival all the time throughout the film. You’re not only fighting for your life, you’re also fighting for the life of the person that lives inside of you, you know? And obviously, to go along with Gigi [Saul Guerrero], we crafted every single moment that we would be doing throughout the film because it was shot not in the border. So it was very interesting for me because I felt like during the entire process of shooting, I was giving birth every day. [laughs] So it was tough, it was really tough. 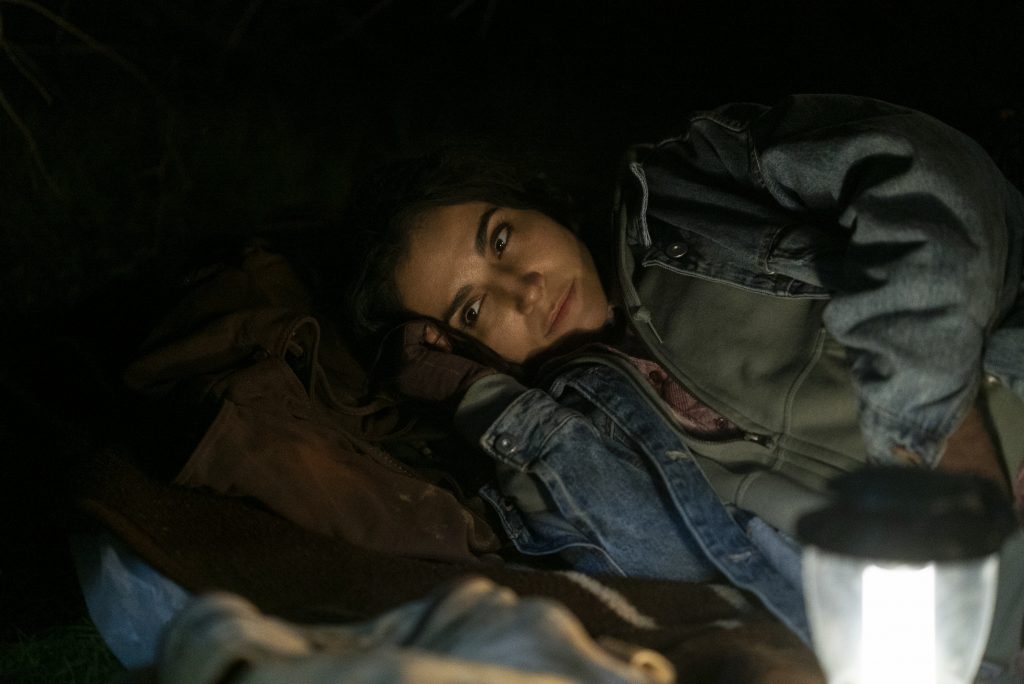 BT: The film was shot in Santa Clarita, which is nowhere near the border and it’s very much a suburban town. Did the location influence your performance?

MH: It’s interesting because my character in another part wakes up in this beautiful white picket fence neighbourhood, which is like what we would think of Santa Clarita, right? For me, and every actor, brings his own personal history into the story. So I was not born in the U.S., I didn’t grow up in a very nice neighbourhood; I come from a little town in Mexico, so I have that history within me. I remember looking to the U.S., literally I was crossing the border from Tijuana into San Diego, and seeing that huge difference. I remember having the feeling of “Wow! This is so beautiful. What a beautiful country! Everything looks so nice and everyone looks so sweet”, and that type of sensation. So I was able to bring that back during the scene in which my character is walking around and seeing all the beautiful houses and feeling: “Wow, I can make the States home”.

BT I’m fascinated by the idea of The American Dream, and Gigi is Mexican-Canadian as well. Do you ever feel like as an American, that you are “in it” or are you outside of it?

MH: Wow, what an interesting question. I mean I feel like it’s sort of both in a way, because I will never stop being and feeling like a Mexican ever. It’s part of who I am. When I came to the U.S. the first time looking for an opportunity in the entertainment industry, I had done movies in my country, but my English was not really good. I needed to get a perspective and study. I’m actually super grateful to my agent because we were reminiscing about the times that he could barely understand me when I was talking. [laughs loudly] So I feel like I have made great progress. But also as an actor, you have to immerse yourself in the culture, because you’ve got to be able to say an “I love you” and feel an “I love you”, or you’ve got to be able to say “Fuck you” and feel “Fuck you”, so it’s part of the journey. I don’t feel like an outsider today because I’m really happy to see also that this entire country was founded by immigrants. And it’s always, especially in a city like L.A., like New York, San Francisco, all of these cities are behaving so much on all of the different cultures that everybody brings. So for me, in L.A., the American dream is happening. Because I came just as any other immigrant, with no papers, with broken English, trying to fulfill my dream, and I feel very thankful to this country. 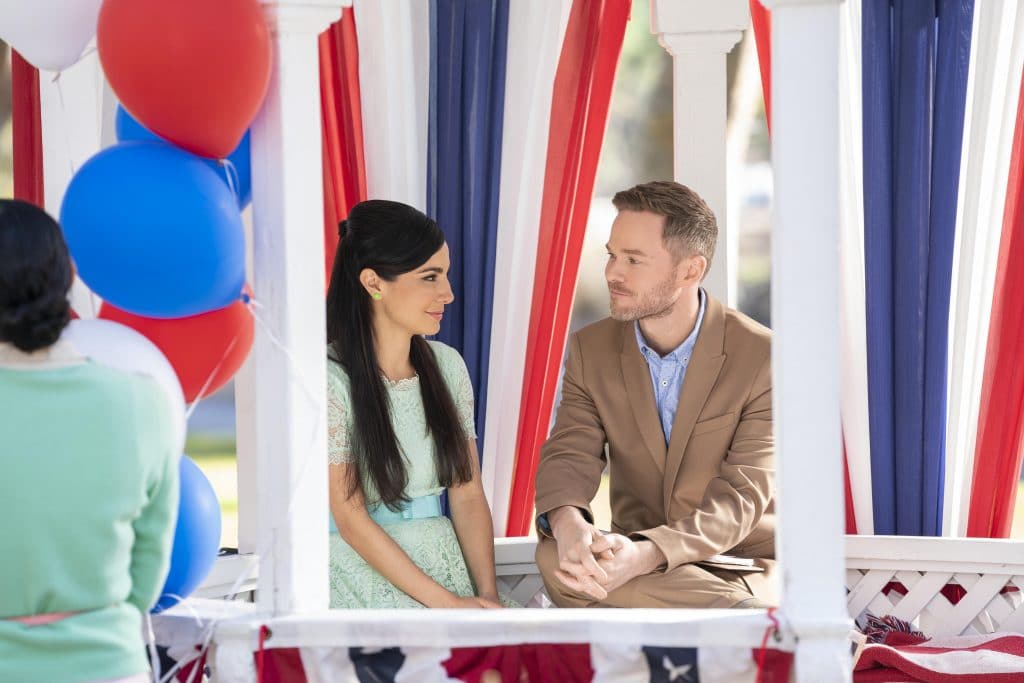 BT: What an interesting film to debut on Independence Day! It’ll be fascinating to see the audience response.

MH: Yeah, it’s so interesting, and really Gigi and everybody who were all a part of the movie feel very grateful to Hulu and Blumhouse for daring to tell a story like this, you know? In which, obviously, there are a lot of things that are not happening like today, but it could, in the future, turn into something like this. Of course everyone wants to avoid that from happening, because I think that when we take the subject of immigration, belonging to one party or another party, it’s easy to detach from it. But when you started asking yourself the question: “What if that was my daughter? What if that was my sibling that was going through that?” then you are able to see the subject with your own humanity.

BT: People really like to comment on your work in two languages. Do you feel a responsibility to respond to them? 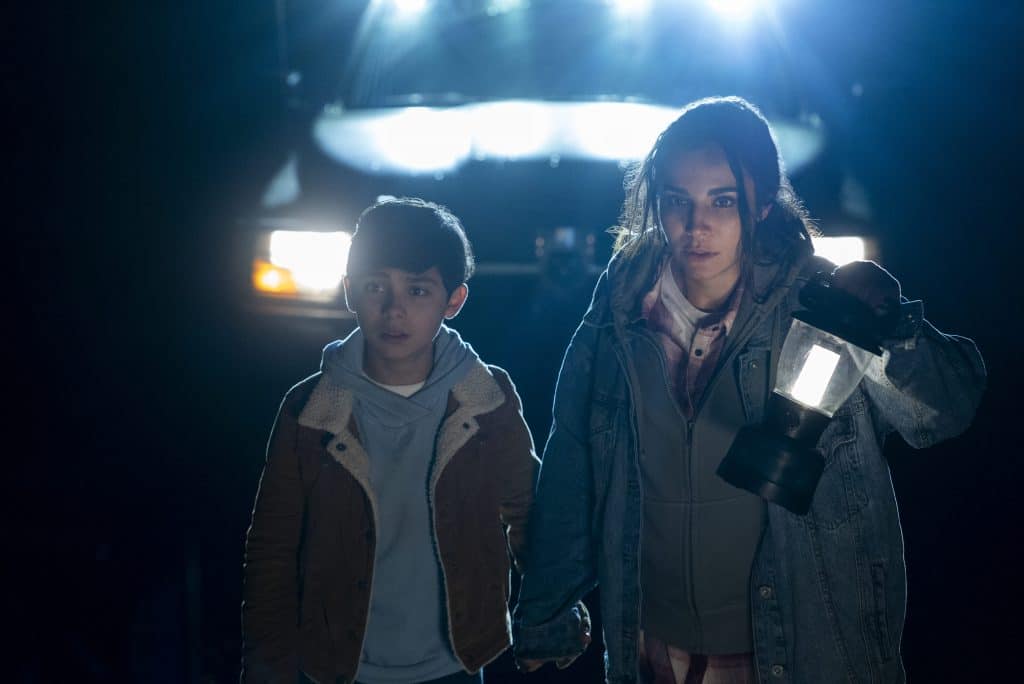 BT: This film doesn’t provide easy answers. Do you think that you gravitate to projects that are questioning?

MH: I think that it’s always interesting when you get a project like this, or like Altered Carbon, two roles that question. In Altered Carbon, if you were to be immortal, how much would you need of your humanity? Finding material that always asks those kinds of questions, I’ve always been very attracted to that and why not? We’re here in the business to entertain, always, but if you can add just a little pat of a question, or if someone watches a movie or a TV show and then after that brings up a conversation at the dinner table, why not? I think it’s an extra. I just love acting, whatever the project, but when specifically it does that type of thing, then it’s one of the those times when I go: [whispers]”I gotta do this project”.

MH: I usually like to binge a show, I’ll binge-watch it. The latest one is obviously Game of Thrones, but I also watched The Crown. I’m extremely interested in shows that feature a woman coming into her own power. I really like those, obviously, it’s a personal preference. I obviously really like genre movies. I honestly like all kinds of movies, I really love movies. When a movie comes out, then I go and watch it. If I’m working, I guess that I can’t, but I like superhero movies, to comedies, to genre, all kinds of things. And the same with theatre – If I’m watching musical theatre, it doesn’t matter what kind of pieces, I really enjoy stories.

Also, because I’m a writer, I’m kind of that annoying person that is guessing what is going to happen later. [laughs] I turn to my right, to whomever I’m going with to the movie and I’m like: “Wait a second, I think that this is what’s going to happen”. [laughs] I do that kind of thing and also, funny enough, I come from a culture that when we’re watching movies in the movie theatre, we talk to the characters [laughs] which I find super funny. Like if you’re watching a horror movie, it’s like basically they can hear you, it’s like: “No! Don’t go in the dark!” or “Door!”, things like that, it’s fun. I think that watching TV and watching movies is a fun experience that I usually get to enjoy with family and friends. 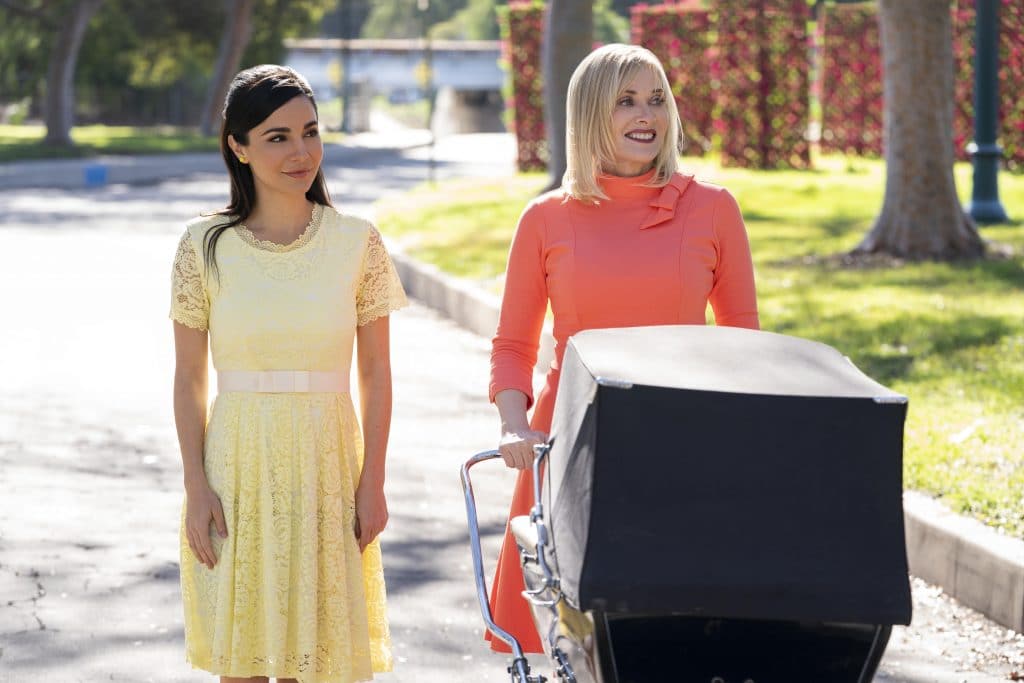 BT: As you’ve written and produced in Spanish, will Culture Shock affect what you’re writing in English?

MH: It’s interesting that you mention that because when I came to the U.S., the first time was in 2008 and I had booked a TV show that was directed by Stephen Frears. It got cancelled, along with many, many other TV shows because there was the writer’s strike, and at the time, I was telling myself that I had already paid for the rent for my apartment for an entire year. I was like: “Well, what am I going to do now?” Nobody’s working, like Eva Mendes, Eva Longoria, all the Evas they’re not working, it’s like: “How am I going to work?”. And then I took the obstacles in a way as an opportunity, because I thought “All of these writers, they’re not writing right now, because they can’t, but they’re all giving scriptwriting lessons and workshops”. So then I immersed myself into that, and I forced myself to do it and only in English, because I wanted to get my English to be better and better. I don’t even know how to explain this, it was so hard! It was so hard. And by doing that, I think that was how I got to be better at it. Now I even dream in English, and sometimes I’m thinking and talking to my family and suddenly I say “hey, I’m speaking English!”. I’m writing in both languages now. Obviously it’s way easier for me to write in Spanish because of the slang and everything, but I feel like I’ve been in this country long enough to obviously get a sense of how people talk. And when I’m writing in English, I’m usually writing not a lot, I’ve got a scriptwriting partner. It’s always within me and writing stories that have to do with socially developed female characters, or somebody finding themselves in a new place with a new set of obstacles, it’s what I’m always attracted to. I’m currently writing a genre film and one of the main characters will be Latino, or have at least one of them, which I feel that I obviously have to do that. It’s part of who I am and part of how I can express. They say “write what you know”, and so that is what I do, or what I try to do.

Into the Dark: Culture Shock is available on Hulu on July 4 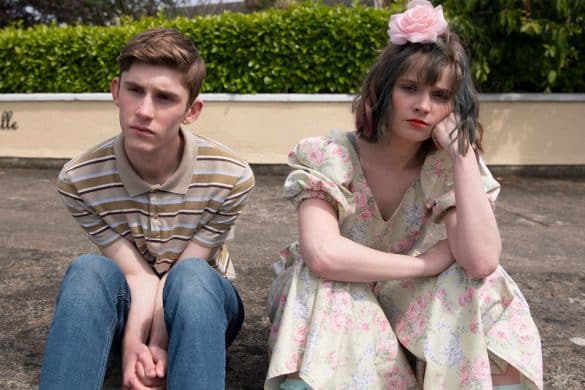