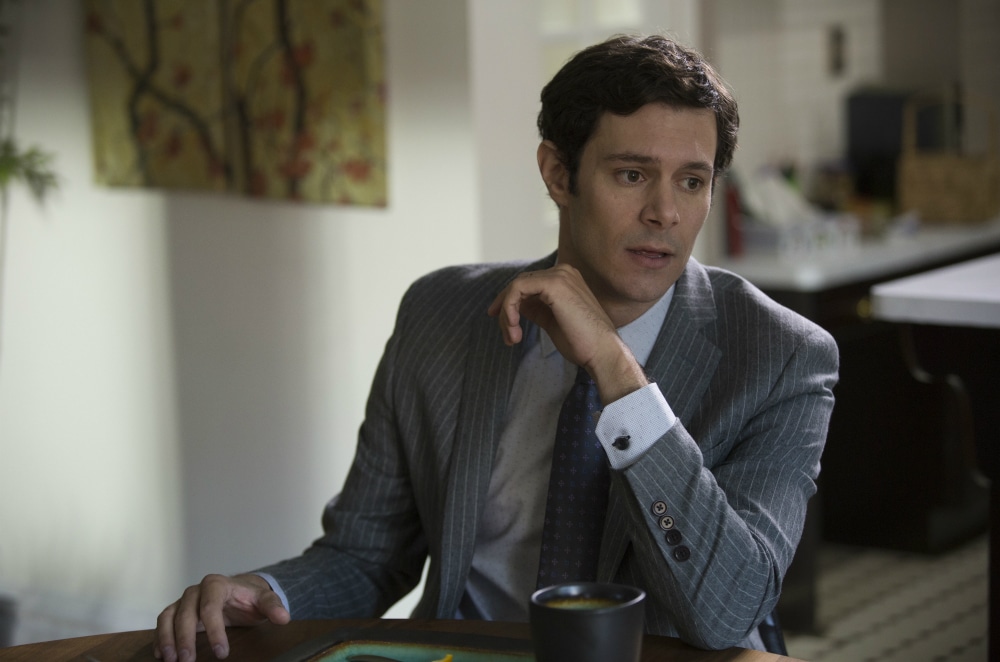 Adam Brody is in the midst of a decent run of movies shot in and around the Toronto area, including the Rob Heydon film Isabelle, shot in Hamilton and released in Toronto at the Carlton Cinemas recently. Brody next will appear in the fascinating Ready or Not in August, and it’s a comedic thriller filmed in Toronto which looks like it’ll be the highlight of the summer blockbuster season. The roles Brody is choosing are reflective of an extremely versatile performer.

We spoke to Brody on the phone a few days ago and he spoke mightily of Isabelle and Ready or Not, and is excited to shoot The Kid Detective opposite Sophie Nélisse in the city soon too.

The following is a condensed and edited version of our chat with the affable Adam Brody.

Brief Take: What do you like most about filming in and around Toronto?

Adam Brody: My first thing that I keep thinking about is the food, I’ve had so many great meals there. I’ve got a few more jobs up there coming up and I can’t wait to get up there and eat more. But also, the people are lovely. I have a few good friends there and it’s very, very comfortable for me. I look forward to filming up there—I’m not just being diplomatic, I mean you know it’s a great city. What’s not to like?! I mean I guess now that I asked that question: it can be cold. [laughs] So that’s not to like, but if the season’s right, I love it.

BT: I’m curious, what’s of those favorite meals that you’ve had in Toronto?

AB: Well there’s a lot of great places, but the one which I keep thinking about is mediterranean, it’s called Byblos. I’ve had a few good meals there, I still keep thinking about ’em. That’s a favorite, JaBistro sushi, I always hit that one up a lot. 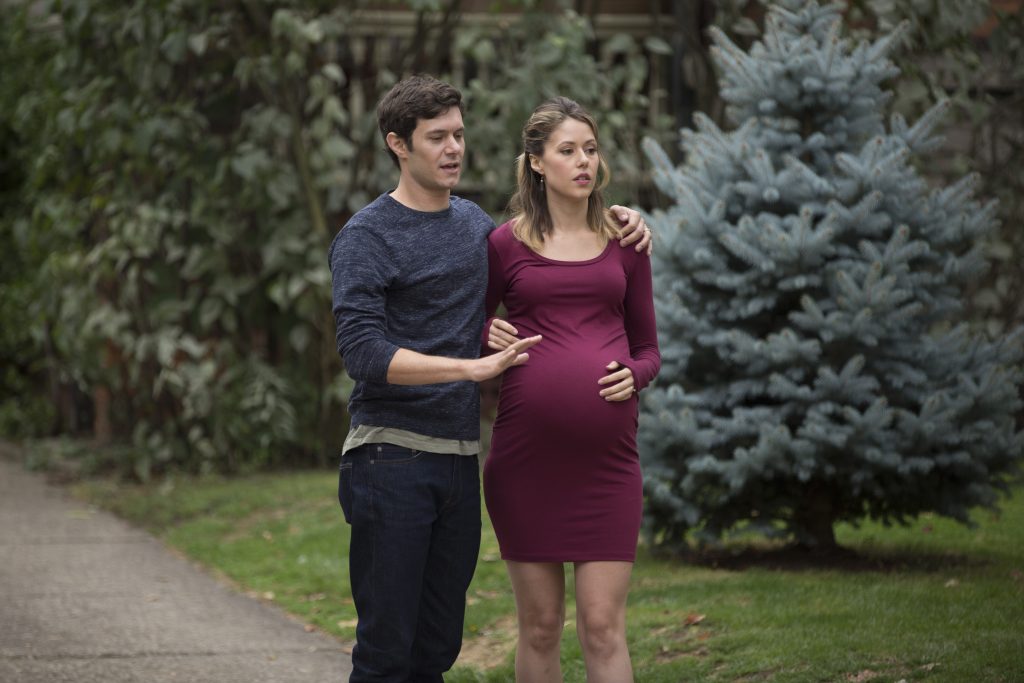 BT: Do you build on your own experiences when performing? This film features fatherhood heavily and in your day to day life you have a daughter with Leighton Meester.

AB: It’s certainly given me a new perspective. It’s also made my emotional well bigger, deeper and easier to access. I also feel like it’s allowed me to compartmentalize work in a healthy way, my ego and my sense of self doesn’t live and die with whatever project that I’m doing. So it’s been wonderful for so many reasons, but as to work and what I bring to it, I feel like it’s only helped. I can bring more and at the same time, leave it at the office. [laughs]

BT: You and Amanda Crew have palpable on screen chemistry in this film. Did you work together before this?

AB: We have a few friends in common, but it was certainly my first time acting with her and we got along famously. She’s lovely and very easy to get along with. We were kind of plopped into a room and then acting, and when we’re not acting, we’re sitting in some chairs in the corner for a month and had a wonderful time just getting to know each other and chattin’ about everything really, because there are such long days and a lot of downtime. 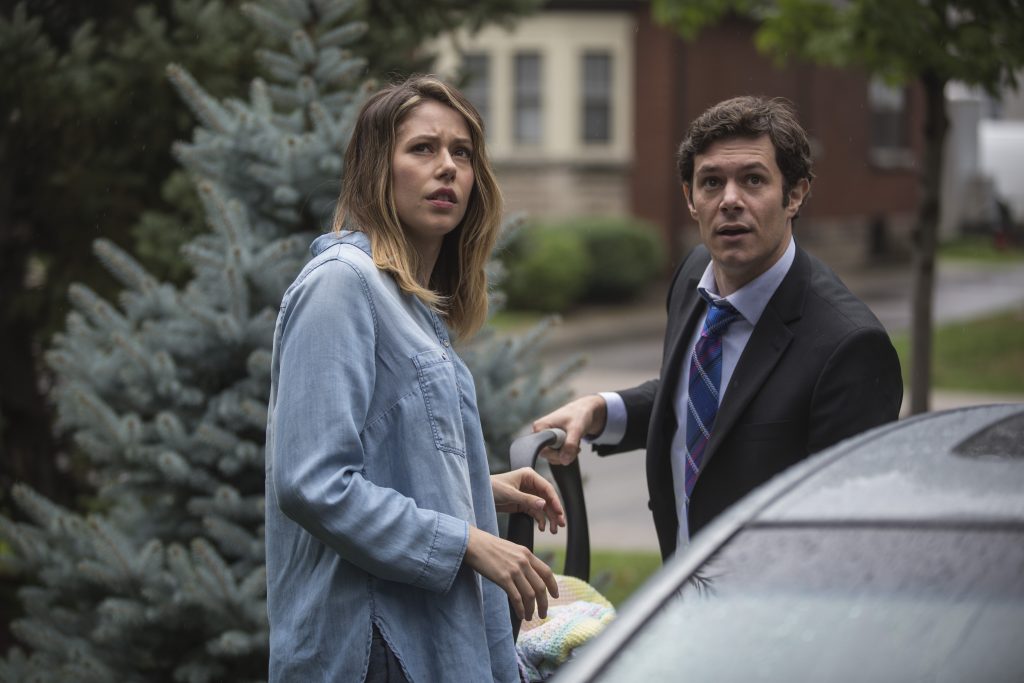 BT: Sheila Kennedy is great in the film too. Then your upcoming film, Ready or Not, features Mark O’Brien, Henry Czerny Kristian Bruun and Melanie Scrofano, so you keep working with amazing performers here in Canada!

AB: Yeah, I know! I know, I’m very fortunate, I’ve gotten to work with some fantastic actors lately and certainly Sheila and Amanda are a big part of that. They’re great, I had the best time with them, I really did. 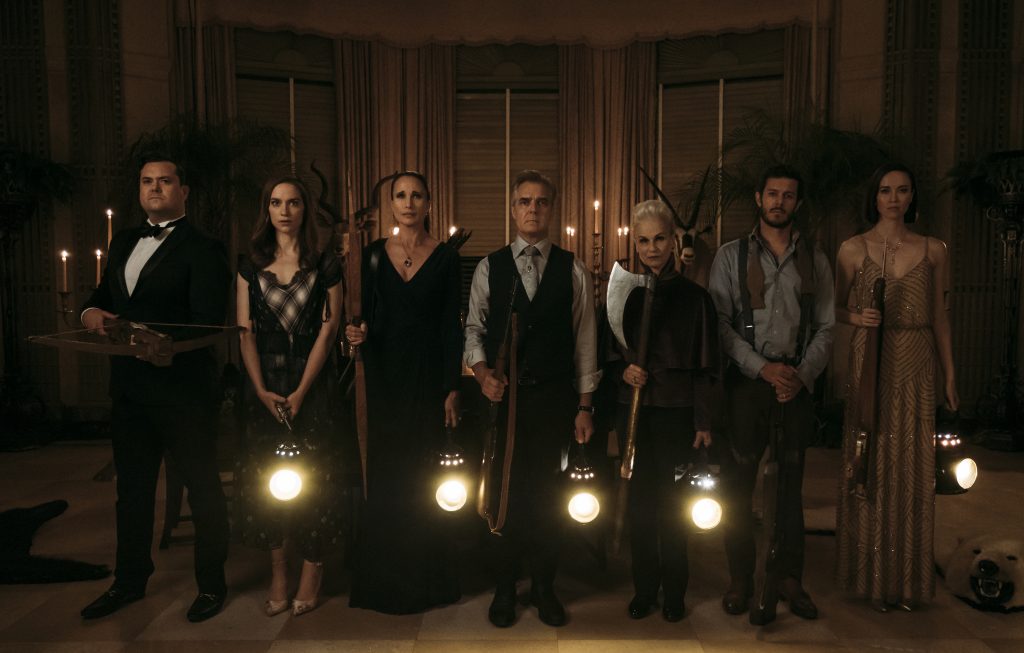 BT: Ready or Not feels like it has a unique sensibility and aesthetic. What was that experience like for you?

AB: Well I liked the script a lot and I got there and loved the cast. I saw what everyone was doing and started to see the shots on the monitor and go: “Is this special? Is this a special movie, are we making something really special?” [laughs] I’ve seen the movie and I think we did. I’m very happy to be a part of it. I think that the movie delivers in a big way and if you love the trailer, you’re going to like the movie. It will not disappoint.

BT: Isabelle has a theatrical release and then VOD and a Netflix release planned. How do you like to watch entertainment and what’s something that you’ve been enjoying watching lately?

Isabelle is now playing at the Carlton Cinemas in Toronto