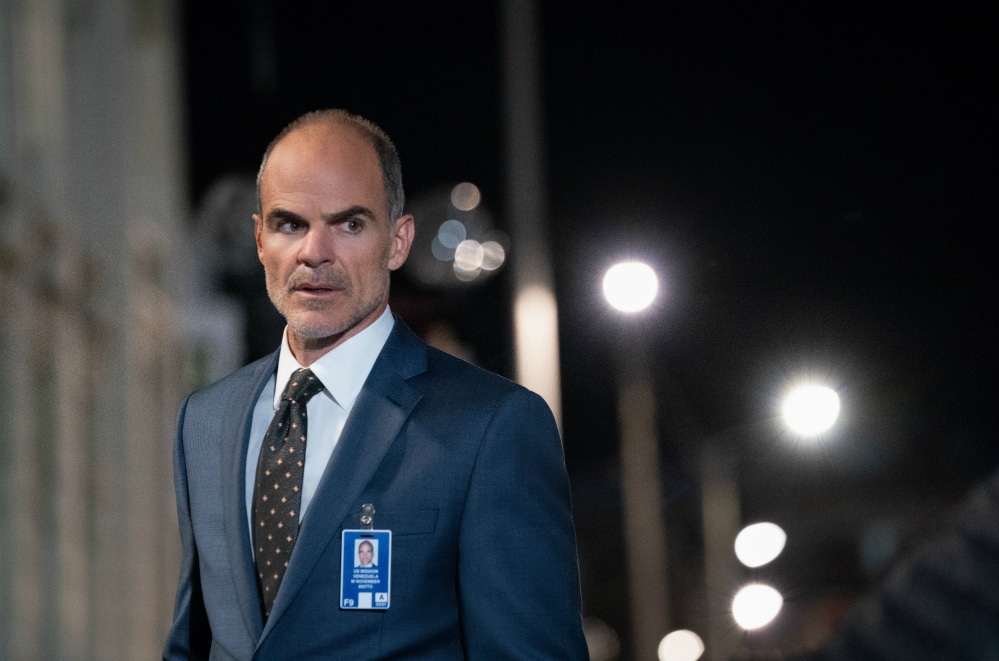 When Michael Kelly concludes an early morning interview by stating: “Thank you for doing your research”, you know that you have done something right. And it’s true, to prepare for speaking to the…let’s face it, kind of intense Michael Kelly, we watched Tom Clancy’s Jack Ryan, House of Cards, Taboo, Black Mirror…and a couple of Supercuts commercials, which clearly came in handy. But thank you, Michael Kelly, because all of these shows rock, but Jack Ryan in particular is so much fun to watch on a giant screen, as it feels epic and cinematic, and duh, obviously Kelly crushes it as the tightly-wound, and yet willing to let loose a little bit, Mike November.

The following is a condensed and edited version of my phone interview with the super down-to-Earth Michael Kelly of Tom Clancy’s Jack Ryan.

Brief Take: I notice that the quieter and more inward that you get on screen, the more you’re truly scary. Is this by design? 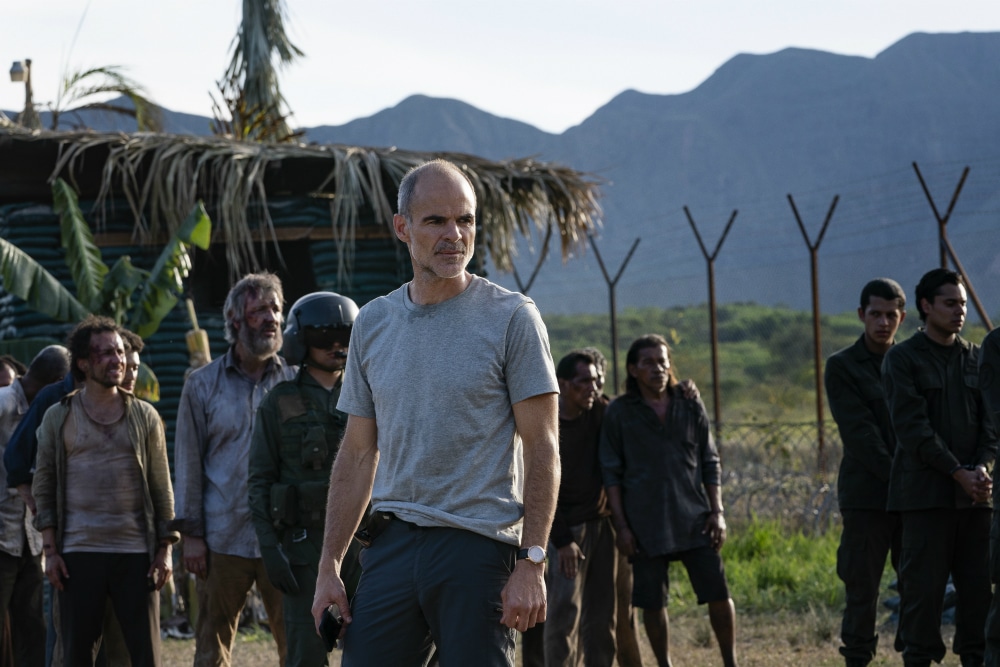 BT: You called this an example of “letting loose”, which I find to be hilarious. What do you think are examples doing so?

MK: I think that you see it in some of the more playful moments between Mike November and Jack Ryan, that I get to be closer to who I am as a person, a person who never stops smiling and laughing. I mean, don’t get me wrong, there are things that get me down in life, but overall, my general disposition is to laugh and smile, and I feel like I never get to play that, so when I’m speaking with you guys (the media), about taking on this role, I was very clear in being that I wanted to be, I didn’t want to be that type of buttoned-up dude, who’s always going to be so menacing and threatening. Let it come through in what he does, his actions, as opposed the way in which he personifies himself. The fun that we have, you see those two characters and that relationship between Jack and Mike November, you see a slightly playful tone, especially as the season goes on, when Mike November’s made the decision to say: “You know what? I know what the CIA wants me to do and I know what I should do, but my heart’s telling me another thing, and I’m going to do what I think is right to my heart.” Once he starts to let go of the rules and regulations, I think that you start to see Mike have a little more fun.

BT: What do you enjoy most about working with John Krasinski?

MK: I think that I can say that the greatest thing John Krasinski brings to the job, other than his incredible work and the dedication to what he does and all of that, I think that the greatest thing he brings to a set is…I’m talking about beyond the work ethic and all of that and the leader that he is on set, it’s just you know, that when you go to set every day,  that you wake up in the morning, and I’m like: “I’m going to have today. I’m going to laugh my ass off at work today.” And I can’t tell you what that means as an actor, that’s any profession. To know that you’re going to have a gut blast, maybe even be brought to tears, he’s one of the funniest people I’ve ever met. And you work really hard, so those moments of levity that he brings, we all bring together, but he’s [laughs] he’s always driving that train and just to know that this is the way he works, that this is what can be work. You can imagine what that feels like, to wake up and get ready for work knowing: “Yeah. I’m going to have fun today. I’m going to have a lot of fun today.” 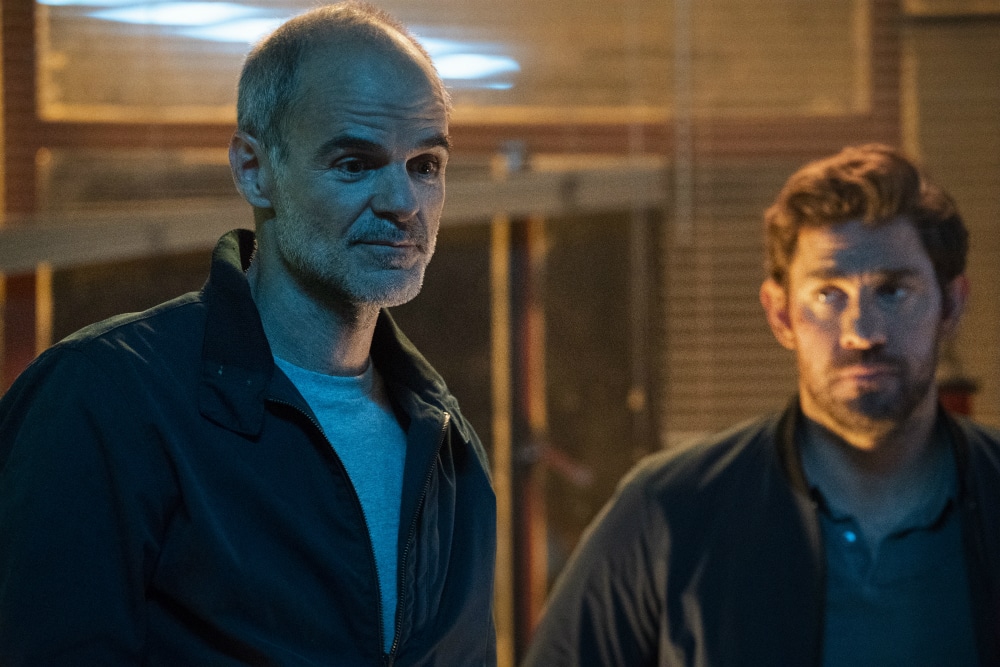 BT: How do you play big within an effects driven series such as Jack Ryan?

MK: Big, in terms of like a broad performance as an actor? I mean, look, I’m dying for someone to cast me in a comedy one day. I did those Supercuts commercials strictly for that, for them to see me in another light and it didn’t work. [laughs] There was a showrunner who called my agent and said: “I never knew he was funny. I never in a million years would have guessed that this guy was funny or that he could do comedy.” And so finding those moments with Mike November was a lot of fun! And obviously my idea of big is a little different than the cast of SNL. But as an actor, you are inspired to do different things. To try to go there and maybe for me, it’s baby steps and I will get there one day. [laughs] But it’s always the greatest challenge.

BT: I do love the Supercuts commercials and sadly, I’ve had home haircuts in quarantine. I know how disappointed you are about that fact.

MK: [laughs loudly] I’ve done several myself. It’s all good, literally taken the clippers to my head. We’re doing what we can do right now, Charles, right? 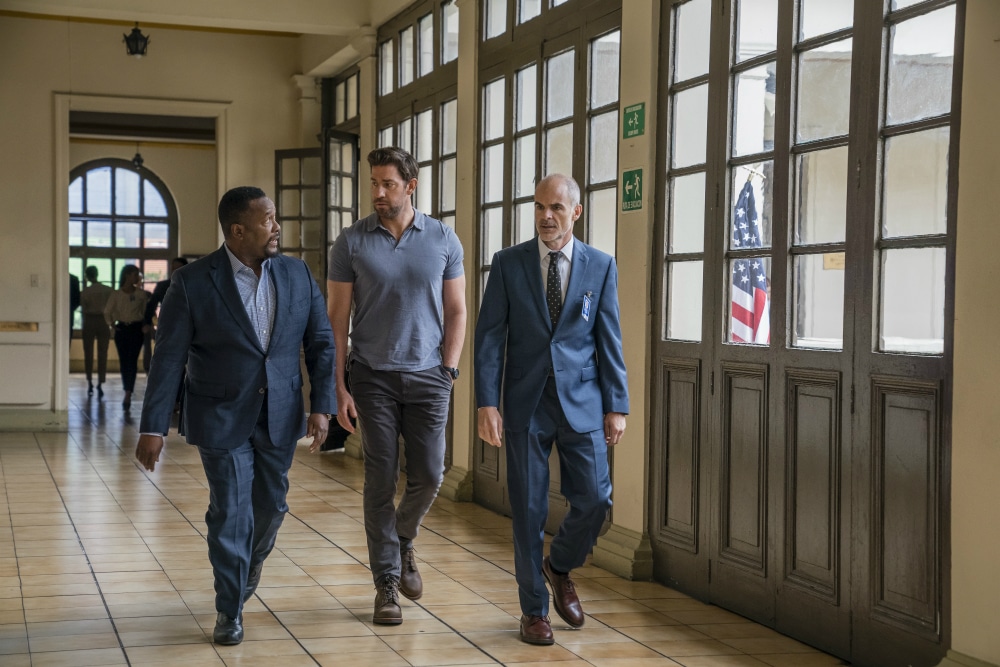 BT: When do you know that you have hit your mark as an actor?

MK: I think that as an actor being in it, you can’t plan it, so to speak. I think that probably the greatest feeling as an actor is to listen to the other actor and react to what you’re getting. So when John, when he is playing Jack Ryan,  there are moments, even in the craziest of situations, when he’s funny and it’s funny. These guys are under incredible stress, their lives are on the line, but there are moments of levity in which quite often it’s driven by Krasinski’s Jack Ryan. It brings that level of light. It’s like when I shot that giant shoulder rocket launcher thing and blew up the [laughs] that whatever it was coming at us. And then Mike November looks and I was like: “Holy shit!” Like [laughs] this is crazy! They’re about to die, and you can find a moment for a brief moment of life, it’s fun, whenever you get a chance to find that, I think that it has to happen and you just hope that it does.

BT: You show mercy at one point. What do you think of the idea of morality in your projects and finding those moments of humanity when it is necessary?