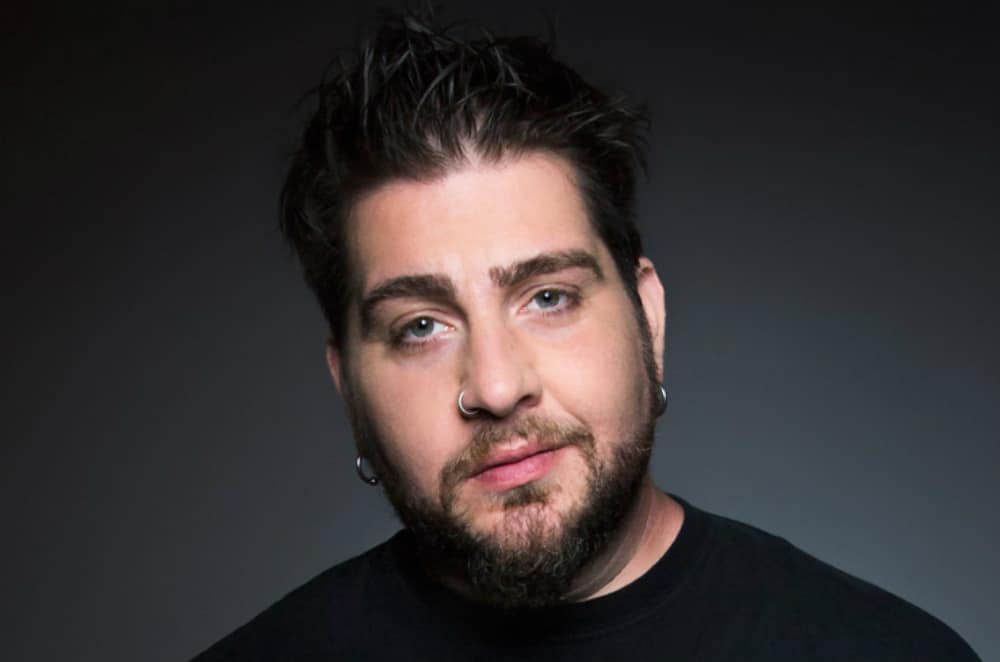 For such a filthy person, Big Jay Oakerson is extremely polite on the phone. He calls me directly at the designated time, has a very dignified phone manner, and introduces himself as “Jay” (not Big Jay). I like him right off the bat. The comedian is appearing in The Nasty Show in Montreal as part of the Just For Laughs 35th anniversary festival.

The following is a condensed version of our lively conversation.

Brief Take: Why do you think it’s important to bring The Nasty Show back to Just For Laughs?

Big Jay Oakerson: Well, look it, I’ll do it every year if they’ll have me. It’s continuously such a great, sold-out audience every night. They’re unoffendable, which is my favourite, they just come to laugh and not be upset. I love the mixing it up this year, that Ari Shaffir is hosting, actually Ari is in my living room. He’s hosting this year, which is kind of mixing it up. I’ve done it with Bobby Slayton and Jeff Ross only. Those were the two hosts I’ve had, so it’s kind of cool having a buddy as a host. I think that will make for some camaraderie from the stage and some unique moments this year.

BT: What can an audience expect from your material?

BJO: I mean, filthy, filthy for sure. I have *laughing* a couple of things lined up that are set to upset people, well not people that will come to that show. One of my favourite sets ever was when I auditioned for The Nasty Show. I ended up getting it, but they said to me after the second audition, “can you make it a little dirtier?” It’s like nobody said that to me in comedy, ever.

BT: You’re sticking around at Just for Laughs to do live shows for What’s Your Fucking Deal?

BJO: Yup! We’re doing a crowd work show, What’s Your Fucking Deal? a lot of The Nasty Shows, hopefully I’ll get to do some The Goddamn Comedy Jam, (hosted by Josh Adam Meyers). We did season two of the Seeso show and everybody was very happy with it, it was doing well on the network, we’re definitely waiting to see what’s going on with Seeso. It’s funny, I didn’t really believe in the show until the second season, I didn’t know if people were going to be into this, or if it was just my thing that I like. But people started to enjoy it and when I watched the finished product, I’m very proud of it. I’m proud of everybody who did it, and how much they bought into the concept, and performed, and it’s an interesting and unique vibe to bring to a TV show with comedy.

Brief Take: Who are some comics that you think are on the verge of making it big?

BJO: Dave Smith, with whom I do my podcast Legion of Skanks is coming up to Montreal this year, and I think that he’s releasing a special this year. He’s a Libertarian and a stand-up and it’s all political humour but it’s dark, it’s funny, it’s not just like preachy at all, but it’s kind of poking fun at the entire system itself, and I think that’s so timely. And he’s so hilarious that it’s bend over and hold your stomach funny, it’s not just like just “ha ha” quirky funny. It’s gut-busting jokes and I think Dave Smith has got some stuff going on. Mark Normand is a great comic who I think is going to pop up on some lists. There’s a lot of great people, and not so young guys who are funny, but I remember I’ve been doing this for nineteen years. I remember when *I* was like this, getting the New Jack spot on the show. Somewhere I became the veteran.

I watch guys like Dave Attell, who has been in the business for so long and think about what separates him from so many guys like, road hacks and cruise ship comedians, the comedy graveyard, and keeping his finger on the pulse, and growing with it, whether it is his references and the fact that he knows the name of five current rappers and can reference them on stage at some point, it makes you fall in love with him all over again.

BT: Is it surreal that Kevin Hart is the biggest comedian in the world right now?

BJO: It’s insane, it’s funny. My mom has a hard time wrapping her head around it because she remembers me and Kev playing Madden at my house, getting ready to go to a show somewhere or some open mic. Us being broke and ordering pizza for us, whatever we needed at that time, to being where he is now, yes, it’s pretty intense, it’s crazy. It took me to resolve that in my head, because I had a daughter very young and just my struggle was different than Kev’s, yet it took me several years of my own mistakes, and Kev was getting so famous and I’d built some sort of weird resentment. But what was nice is for the past five years, just kind of reconnecting with Kev, and seeing him. I kind of had a chip on my shoulder, you know, Kev goes off to L.A. and becomes famous, and then all of a sudden he doesn’t talk to his friend Jay anymore, but I didn’t reach out and talk to Kev a lot because it would have reminded me how good he was doing, and how not good I’m doing. When you get your little slice of the pie, whatever it’s going to be, your place where you belong and what your niche is going to be, once you find that, you begin to enjoy comedy again. You don’t look at everything as competition, you look at it as camaraderie.

BJO: Filthy. Raw. I like to be in the moment as much as possible.