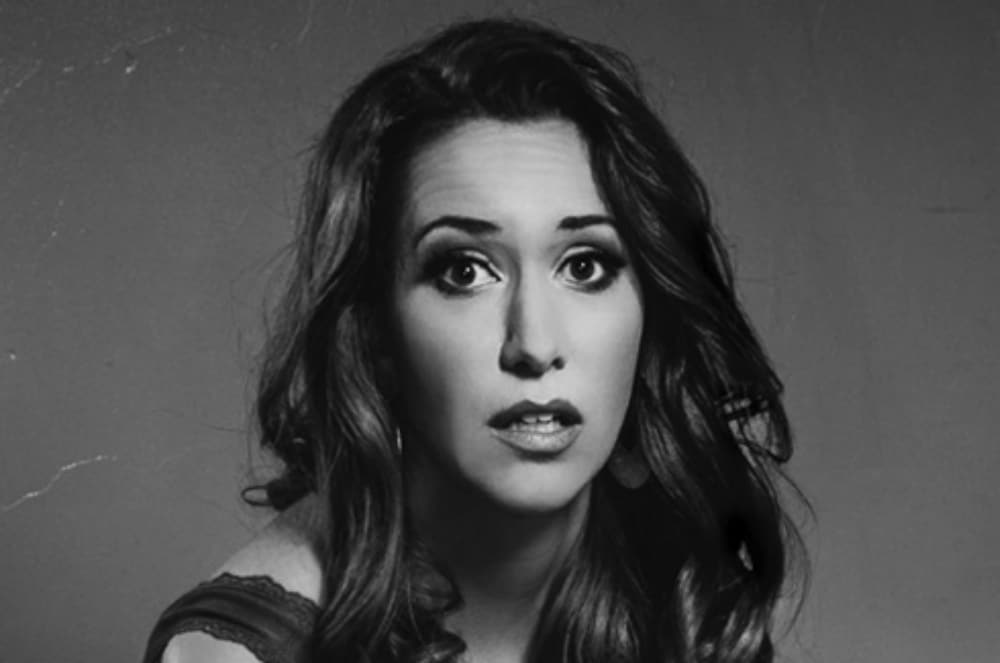 Thankfully, Rachel Feinstein is really hilarious on the phone as well as in her show. More than a few times we broke up laughing and her improvisational skills really shine in a phone interview. We spoke to the comedian (who clarified that her name rhymes with “Einstein”) after she had landed in Canada for a whirlwind comedy festival, as she has shows upcoming on Saturday night at the Royal and Sunday night at the Comedy Bar in Toronto for JFL42 (she is a part of the 42).

Here is an edited version of our conversation.

Rachel Feinstein: The ideal crowd has had a few drinks, but you don’t want them smashed. Having them a little loose, that’s nice. I like the show that’s like at 8 or 9, not the early show, but not the super late one, where they are like blacked out. I really love it here [in Canada] – the crowds are really supportive and I’m excited to be here right now working on stuff. I always feel more confident. There are places you go where you have less confidence, and this is sort of the opposite.

BT: Are people starting to really recognize you?

RF: You have the people that support you and listen to you, so it’s always like nice when they come out, but it’s not like I’m not able to walk around. *laughs* Especially since my stuff is on Spotify and SiriusXM right now, it’s got a bigger reach, so that’s cool. The other day I was at The Comedy Cellar in New York and there was a group of people from Finland who recognized me. Finnish people are tracking me. It’s really cool.

BT: It’s important to have that Finnish audience.

RF: It’s a mark of progress when Finnish people watch. When the Finnish are on your tail, that’s when you are taking off.

RF: That’s why I was so impressed! I was like, “recognized by the Finnish? Great!” I can’t really tell what they are thinking about, so that was good news.

BT: Where do you think your crowd is finding you?

RF: I think satelitte radio helps a lot, and definitely my specials, but I think that more people have heard me on the radio.

BT: You put a lot of your mom into your act. That’s definitely relatable.

RF: *chuckles* It’s always fun to be around her, because I never know what is going to happen next, and what kind of insane exchange is going to happen. Like I have to warn people, waiters, everyone. When I grew up I would do impressions of my Mom and my Grandma for my friends. It was always good for a laugh, and a way to digest the insane things they would say to you. I remember that we would have this family that we would go on vacation and with who we would do things, like we were cousins and our moms were best friends. We were doing something bad and my mom walked in and she was like, “Oh please, Rachel, I know what’s going on. I lived in California in the 1960’s”. She said that about everything, so we would always say that back and forth with each other. Then it ended up in my act. My mom always had a bizarre thing like that to say, that you had to process immediately.

BT: Is there anything you leave out of the act?

RF: My mom loves it. She likes being in my show. If she’s not, she’s like “Where was I?” She gets angry. She doesn’t care for that: “Where was I?” As far as parents are concerned, she has to be in every moment, jam herself up in there.

Rachel Feinstein performs at the Royal Cinema Saturday at 8:45 p.m, presented by SiriusXM and Tim Hortons, and Sunday at 9 p.m. at the Comedy Bar Mainspace as part of JFL42. Tickets are still available for both shows.