Writer-producer-director Justin Kelly was gracious enough to sit down with Brief Take at TIFF just a few hours before the world premiere screening of his closing night film, the Winnipeg-shot JT LeRoy. The film features tour de force turns from Kristen Stewart as Savannah Knoop (also, of course, playing the titular role), as well as Laura Dern as Laura Albert who played characters as well. Now that the film has a theatrical release, it is fascinating to revisit the twists and turns in this unpredictable yet brilliantly told story.

The following is a condensed and edited version of our conversation with Justin Kelly.

Brief Take: This is ultimately a story about identity.

Justin Kelly: It’s been an ongoing theme in my work and I didn’t realize it was a thing [laughs] until I realized that I kept making films about people who have issues with their identity, whether it is wanting to be someone else, whether it is wanting to be perceived as someone else. But I think that I am drawn to these types of stories because it’s very relatable and we have all felt that way. It is a very human and relatable thing, so I like the extreme version of those stories. In I Am Michael, a gay activist becomes an anti-gay pastor. In King Cobra, a sweet kid from San Diego becomes a gay porn star, in JT LeRoy, two women literally pretending to be someone else, I’m really drawn to these stories about shifting identity. 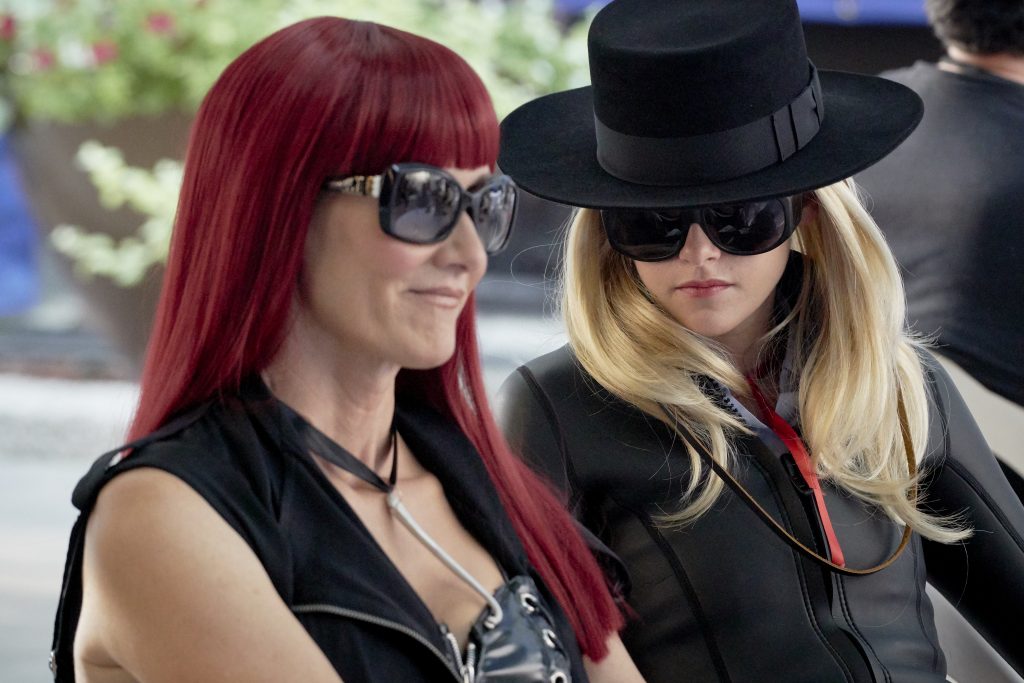 BT: What did your cast bring to their roles that perhaps wasn’t on the page?

JK: Kristen (Stewart), she even did some things make-up-wise to look more like Savannah, and I wasn’t really concerned about that because she’s playing this character, even if people were looking at a picture of Savannah, she doesn’t have to look exactly like her. But I love that she wanted to do that to get into the character, like these little freckles that she added, she had these foam things she would sometimes put in her cheeks to get the jawline to match a little bit more. She brought the character to life way more than I could even imagine—every mannerism was spot-on, she smiled the way that Savannah smiles—which sounds weird, but she really did, I knew that she was acting doing that smile. With Laura Dern, probably improv—she added so much incredible material. The character is already so much fun and wild and says such crazy things, and she’s clutching a cell phone and a tea thing as she is so manic. It wouldn’t be as much fun if she had delivered lines exactly as scripted. She went off the rails and she’s so good at it. A lot of the moments that seem scripted were probably Laura. That’s why she’s such an incredible actor. [laughs] 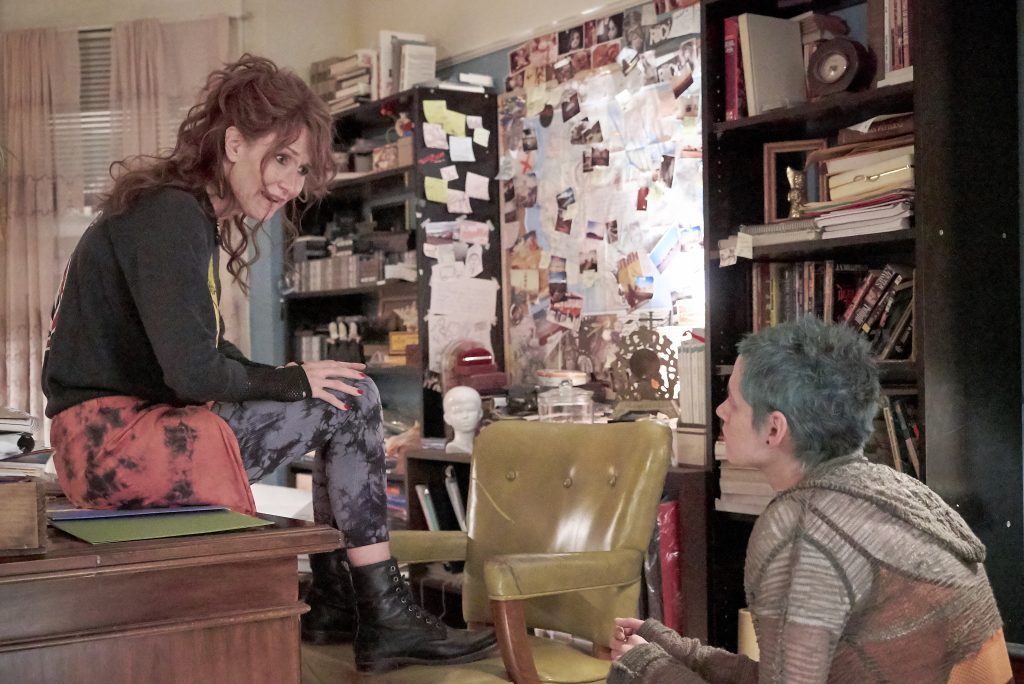 BT: Without giving anything away for our readers, the press conference scene was fantastic.

JK: That was probably the one that we had the most fun shooting. I know that Kristen was so happy with that day: it’s the biggest moment in which she embodies JT and answers questions as him. It was that final chance for Kristen to really pull off being Savannah as JT and kind of mumbling through these questions and try to pull it off. It was a very fun day for all of us. [laughs]

BT: Speaking of this tremendous cast, it was amazing to see Courtney Love in the film.

JK: Yeah, that was incredible. I was really hoping to get one of the people from the JT circle of friends in the film. Courtney’s an actress, so obviously that made sense and she’s an incredible person. So I gave her the script and I called her, and I had no idea if it would be like “Are you insane? Why are you sending this me?” [laughs] or the opposite, but we got the opposite. She thought “this is a cool kind of full circle moment”. She thought that JT was real when they were friends. When the reveal happened, she was of course shocked at first, but ultimately not as upset as some other people. I think that she thought that she was in the category of “Wow, this is too weird and cool about which to be mad”, so a fun full circle moment for her to play someone else in a JT movie. [laughs] Luckily, having ‘Celebrity Skin’ as the closing song—we never could have afforded it on this budget, but luckily Courtney hooked us up. [laughs] 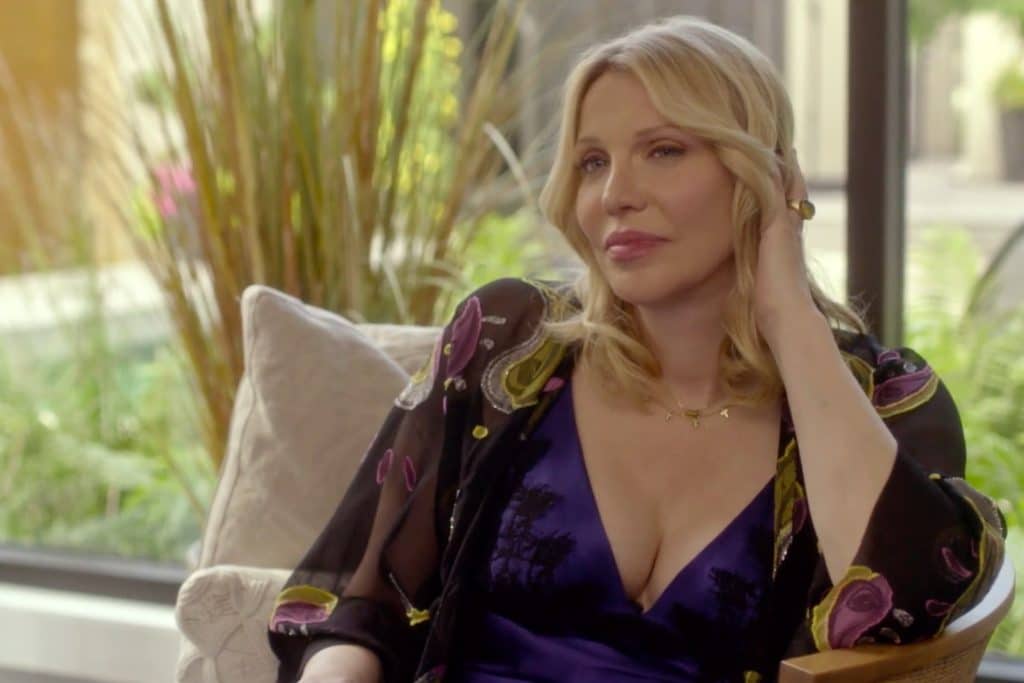 BT: So how come Laura never gets her eggs in the film?

JK: For a tagline for the end of the interview, I will say that when the movie ended, Laura got her eggs. [laughs]

BT: What do you think JT LeRoy would think of the film?

JK:  [laughs loudly} I think he would love it! He’d be very happy. I think that he currently is very happy that his life story has been told. [laughs]

JT LeRoy is now playing in select US theatres and opens in Toronto, Montreal and Edmonton on May 3. The film will expand across Canada throughout the month.

Events Transpiring Before, During, and After a High...