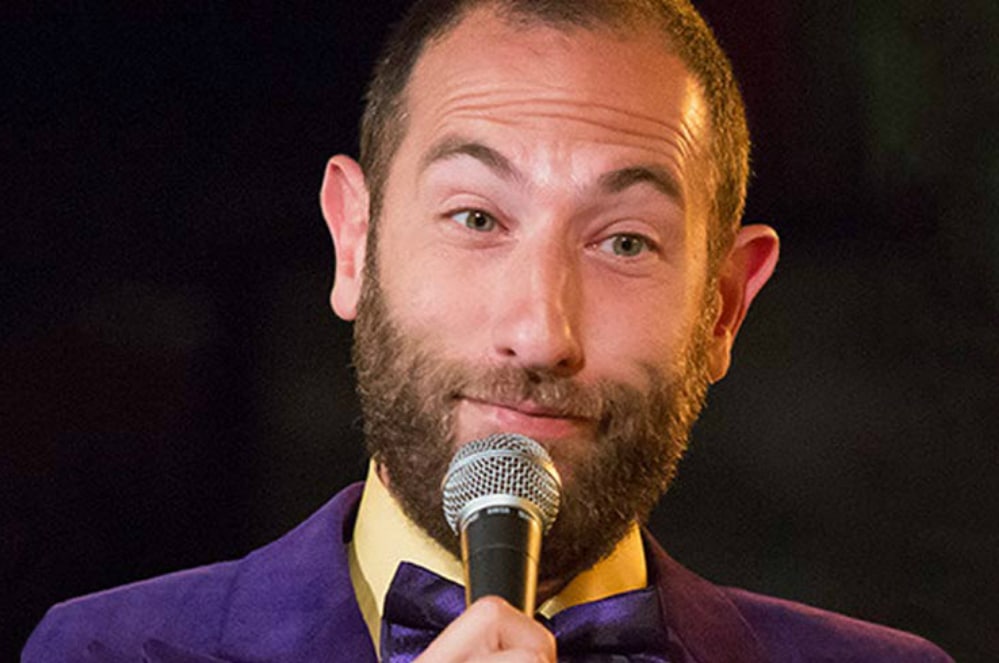 Ari Shaffir is in a bad mood. He had been heckled at Just for Laughs the night before and was upset that people from the crowd wanted to get riled up at the show. There is no need, as the comedian just released an amazing Netflix special entitled Double Negative, which is a two-part show. Furthermore, his comedy is some of the funniest stuff there out there: dirty, bleak and flat-out funny.

The following is a condensed version of our phone conversation.

Brief Take: How does it feel to host The Nasty Show?

Ari Shaffir: Man, it means a lot because it was the first show I did in Montreal. So, I did it three times. When I got the chance to host, yeah it meant a lot, surprisingly more than I thought it would. I couldn’t get in otherwise. They were like, nope, you’re too dirty. So annoying. So one day I was opening for Joe Rogan at the old Club Soda, whatever happens happens, and my dick was out on stage. After that I got a call from people in Montreal saying “Hey, I got a show for you this year. I think you’ll be great on it.” *laughing*

AS: Yeah, man, it’s perfect. It’s a good opportunity for press, but it’s also like a good opportunity to get fans there that might not have seen me, but might have seen me in this Netflix special and been like, “Oh, I’ll come to The Nasty Show now”. Here’s the cool thing about Netflix and my style of comedy in general: my style of comedy is that we don’t really care. We just do what we do and people say, “well you can’t put that on the air”. We keep working. At Netflix, there are no rules. One part is about children and one part is about my version of adulthood. If you didn’t have kids and a wife, what would life be like? Filmed on the same day. I just changed clothes, and went on with it.

AS: It was stone gray. *laughing* Different lighting and the background and the foreground changed. I’ll leave it up to you how to watch them, if you want to save some for later and there’s no real order. You can start with adulthood and work back to children if you want. Two sides of a coin. I do back and forth all the time. If the technology was there it would be on a randomizer.

AS: *laughing* Yeah, I thought I would do different countries, and the best was that Americans were like, “what time in New York?” I was like, “you stupid Americans”.

BT: Austin is so liberal but you never know.

AS: Austin is like a weird ghetto, with rednecks all around them but a cool city in the middle. Like a ghetto for intelligence.

BT: You look like a completely different guy without glasses.

AS: Right?! Now I can do drugs at music festivals and no one will bother me.

AS: I looked like an intellectual too much. I’m smart but it’s not exactly who I am. I got into a fight with Nick DiPaolo once when I said something about “Boston Meatheads” and he took offense to it, and was like, “you can’t all be alternative comics like your hero Janeane Garofalo”, and I was like, “What?”. I didn’t realize that I was wearing a cardigan and it was in Montreal actually. I was like, “not me, this is just the way I look. I’m degenerate”.

BT: And you got rid of the curly hair, too.

AS: God started getting rid of it for me. I just had to get rid of the rest.

BT: You were in the movie Keeping Up With the Joneses.

AS: Yeah. It was a fun movie to be on but it was so bad. I got there, and I was like Jon Hamm, Zach Galifianakis, that’s cool.

AS: Yeah, but that was before she was Wonder Woman. It’s fun to be on a movie set, that part was cool, but man! I didn’t tell anyone that I was in it. Good way to put it, it was watchable. I’ll take that for my fans, *in high-pitched voice* “Oh, hey, look at that, Ari!”

BT: So is Montreal one of your favourite places?

AS: Dude, I love it here. I love it here–in the summer. A lot of comics say that they love it, but that’s because they are here for one festival, in July. It’s like, “come back in January”. I’m working on my next hour, that’s what I’m always doing. I’m more committed to stand-up than I’ve ever been. I’m growing and I’m building my next hour. I’m here a lot and I’m doing what’s next.

Ari Shaffir will be hosting The Nasty Show from Tuesday July 25th to Saturday July 29th at 9:30 pm at the Metropolis. Shaffir will also be appearing Tuesday July 25th at Midnight at Ari Shaffir’s Renamed Storytelling Show at the MainLine Theatre, All Access Live 7 pm Friday July 28th at Club Soda, and taping The Skeptic Tank with a live audience Saturday at 3 pm at Hyatt-Ovation, all as a part of Just For Laughs.