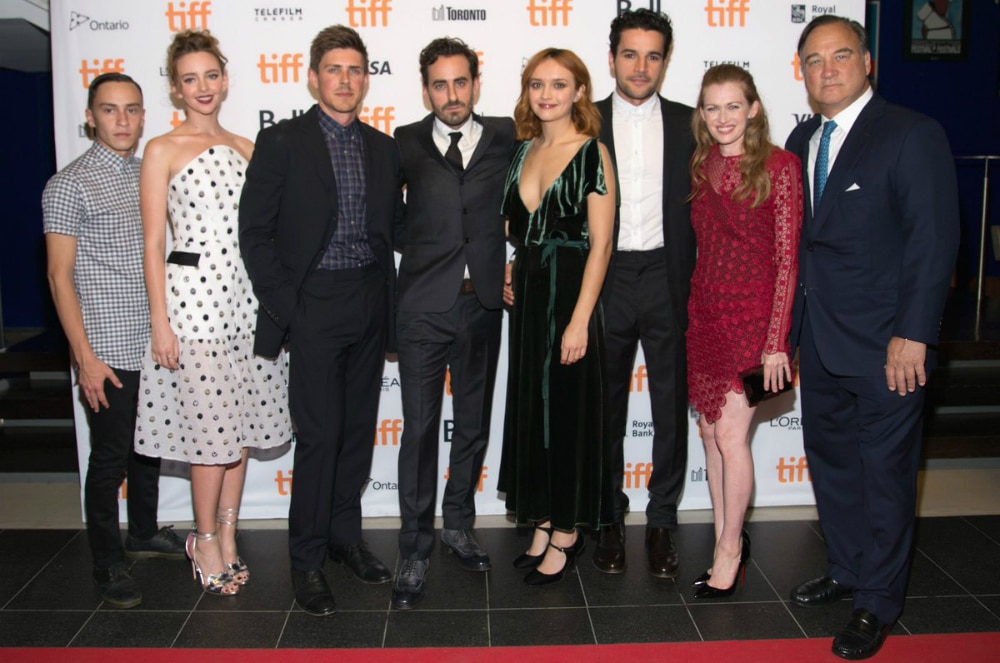 Having the chance to speak with the creative team of the moving film Katie Says Goodbye at TIFF the day that the film was set to have its premiere was a unique and memorable experience. Hearing from the creatives and especially writer-director Wayne Roberts on why the film is so important and necessary was fascinating (and especially in such a condensed environment – we were sitting around an intimate table in a crowded space in the Storys building at the time).

We had the wonderful opportunity to sit down with Roberts alongside his generous and personable leading actors Mireille Enos (Good Omens, Hanna), Jim Belushi (Twin Peaks) and Chris Lowell (GLOW). Here were the highlights of our conversation in a condensed and edited version.

Brief Take: Mireille, this role is a very difficult one.

Mirielle Enos: It’s hard to imagine having a child, and not having like, some primal connection to that person. Ultimately, the choices that I make in this film are self-serving, to the end.

ME: Right, and allowing someone else to pay her bills, devastatingly selfish, but I’m so glad that we allowed her to, the moment she comes back from the date.

ME: It’s just a silent moment of recognition that my daughter had had a nice time and experienced love, and there’s a connectedness there that makes the end that much more difficult.

BT: Was this a tough movie to film?

Wayne Roberts: Yeah. I think that the way the subject matter is, and the way that pain is communicated in the film, and as a result, when we weren’t shooting, we had a very jovial, light-hearted atmosphere. Because we kind of needed to not let things get so dark.

JB: Also, the characters don’t know that they’re hurting other people, they’re oblivious to it because they’re on their own agenda, so heavy that they don’t even notice people around them.

ME: And for me, you never know who is going to see a film you make, what the effect is going to be, but for me, when I first read it, I thought: “It’s worth playing the villain if somebody sees this film and it helps one girl’s life”

ME: If one girl’s path is different after this, then great.

BT: Do you think that your film will affect positive change in its viewers?

WR: I hope that the film causes positive change. If we can change one person, prevent just one assault from happening.

WR: It’s certainly changed my life as well, too. For anyone whose life might reflects Katie’s in some way, I hope they find the film to be a source of strength and solace, and they’re not alone and people that have gone through such things, that is not the end of your story.

CL: I also don’t think that it has to be something so specific as sexual assault as much as it’s something of a story of perseverance and that’s something that is very universal. Everybody has been knocked down. Everybody has thought about calling it quits. And to watch this film and see all of these constant obstacles that are being put in her path and to see her just powering through, it’s a very universal, inspiring story.