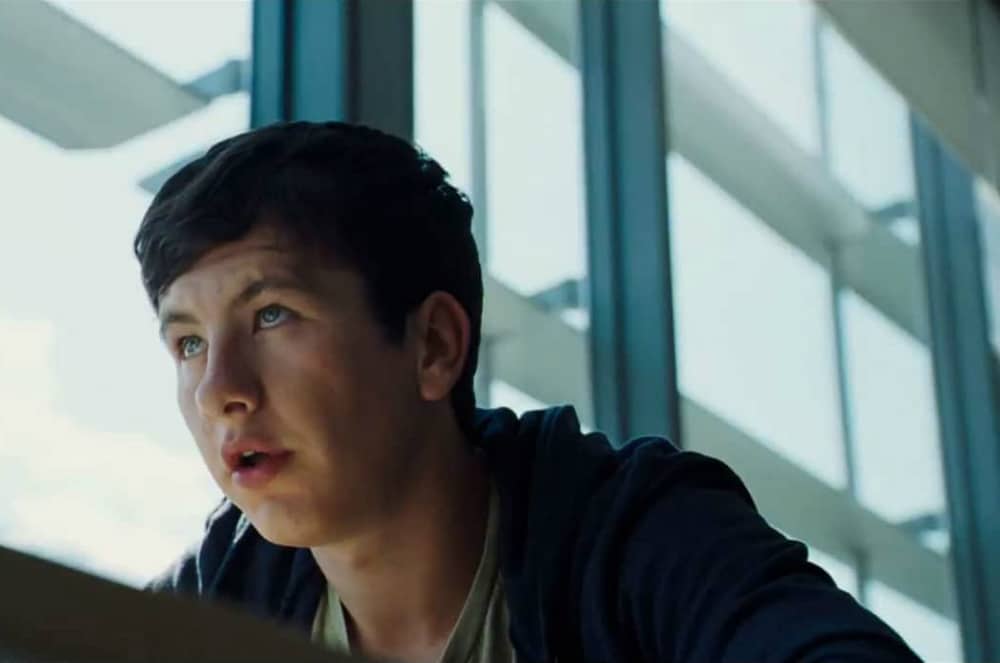 Judging by his eccentric and uniquely twisted films, one would presume that Greek auteur Yorgos Lanthimos would be a tad outlandish in person. Well it turned out that he’s quite the opposite. At an intimate roundtable discussion during the recent Toronto International Film Festival, we discovered that the Academy Award-nominee and his The Killing of a Sacred Deer leading man Barry Keoghan (who also appeared in Dunkirk this year) are very soft-spoken, down-to-Earth and very proud of each other’s work.

The following is a condensed and edited version of that conversation.

Yorgos, you’ve assembled quite a brilliant cast, including Nicole Kidman, Colin Farrell and Barry, of course. I read that for The Lobster you conducted a Skype audition with Colin. Can you talk a little about the casting process for this film?

Yorgos Lanthimos: Well Colin we didn’t have to Skype this time around. *laughs* We knew each other very well, so that was very straightforward. Nicole, we had met quite a few times before. We knew that we liked each other’s work and we liked each other and wanted to work on something together. It was very easy. She read the script and texted me, “I love this. Let’s do it!”. And that was it. Then with Barry, he did a tape first. For Barry’s part I saw hundreds of young actors from any anglophone country that exists but Barry definitely stood out. Did we Skype first?

Barry Keoghan: No, no, you saw me in London.

YL: But we Skyped before.

BK: No, we Skyped when I got the part.

YL: Right, it was an after the fact Skype. So I met him in London and that was kind of it. And then for the rest of the gang, I saw a lot of different actors in screen tests from different parts of the world. But then I saw Raffey [Cassidy] with Barry, and that was on Skype. I was scouting locations in America and we saw some girls with Barry to test the chemistry. I was on Skype in Los Angeles or somewhere and they were in a room together. So yeah, I saw a lot of young actors for those roles. In the end it was an English girl and an Irishman and an American boy, so it really became quite international. But I just felt like those were the people that were best for the part.

Barry, when you first read your part, did you read him as the hero or the villain and did Yorgos point you in a certain direction for him?

YL: I mean I also know what’s only in the script. It’s constructed very precisely and very specifically.

Yorgos, what’s the biggest misconception about your work?

YL: I try and construct my films in a way that’s quite open to people bringing their own thoughts to it, depending on where they’re coming from, what their experiences are and what their views are. It’s very deliberate. The most absurd thing I’ve heard, especially about this film but also about The Lobster, is that these films are about the Greek crisis. I mean I’m the first person to be open about how you think about a film, but if you didn’t know the identity of the filmmaker, how would you go to that place of thinking to think that it’s about the Greek crisis?! I mean that’s a little absurd. I don’t want to eliminate anyone from thinking things but I just find that misleading. I find that people confuse themselves with the things they know about the things around the film, instead of actually watching the film and seeing what they get from that.

BK: He got me a film camera at the end of filming.

YL: *laughs* So he only enjoyed the end of it.

BK: No, but to work on a Yorgos film, it’s a different kind of movie, you know? It’s a genre that’s a mix of everything, and I love that.

YL: I love Barry because he’s got a personality. He’s his own man and brings a lot to it and I like people that have a strong presence that bring something to the part that I couldn’t even imagine, and that’s not on paper. I enjoy Barry.