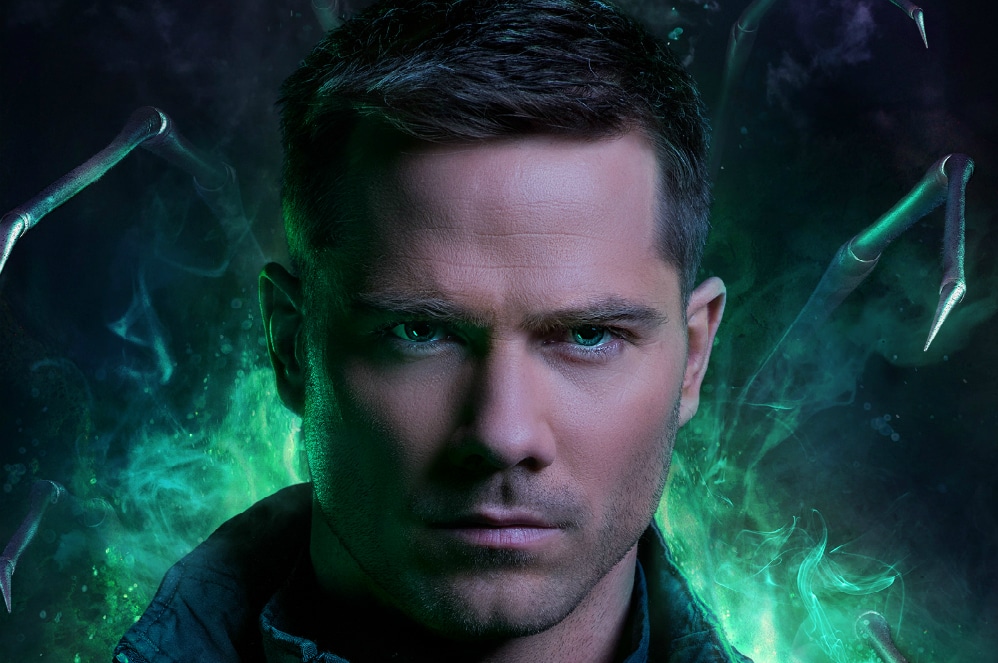 Over on the set of season 4 of  Killjoys, I waited most of the day for a chance to talk with Luke Macfarlane (who plays D’avin Jaqobis on the popular show), and finally got the opportunity in a makeshift waiting area. It was totally worth the wait as the actor was really impressive in describing the bond that has grown between himself and his co-stars Aaron Ashmore and Hannah John-Kamen. Team Awesome Force, indeed.

Here is a a condensed and edited version of our interview with the formidable Luke Macfarlane.

Brief Take: To be able to tell a story from start to finish is pretty incredible.

Luke Macfarlane: It’s so rare. I mean, this is my fifth series and this is the first time we’ve ever got to finish it up on its own terms. I was almost certain that they were going to bring us back for like four episodes and wrap it up. Super surprised, delightfully surprised.

BT: Can you discuss the big cliffhanger on which you ended from last season, with D’avin in the elevator?

LM: Yes,  D’avin is on the elevator with Delle Sayah (Mayko Nguyen), who is pregnant with D’Avin’s baby and some sort of augmented version of Aneela. So eventually she does give birth and D’avin spends most of the season being a father, and obviously the child survives, spoiler alert! We’re not that dark. [laughs] So much of the journey for D’avin in the whole show is really about making amends, and in so many ways, I think that he’s a character that’s gone on one of the most personal and emotional arcs, from the man he was to the man who is trying to become.

BT: Do you take anything from your previous roles?

LM: I think that you always do. In fact, I was talking to friends about this specific role and I find myself so much more quick to temper, and that bleeds into my life. I know that I’m not really answering your question or anything [laughs], but there is something about D’avin which is so physical and he sort of leads with his fists rather than his head, it creeps into my personal life for sure. But you always take things from different characters and you miss them at times, you know? I don’t miss my character from Satisfaction, he was a bit dim-witted, but you know, he was a good team player. [laughs]

BT: But you’ve bulked up for this role, which has to have affected you as well.

LM: That is the most fun part about acting, which is, coming from my most well-known role, which is Brothers & Sisters, so I was really looking for the opportunity to transform into another physical type, I think every actor wants to do that physical transformation, it’s so satisfying as an actor to think that it’s not just our words, but the whole thing is sort of plastic and malleable.

BT: Brothers & Sisters was such a great show!

LM: It was a great show. I was very proud of that! I miss it. It was such a great cast and they’re all doing really well now, too. 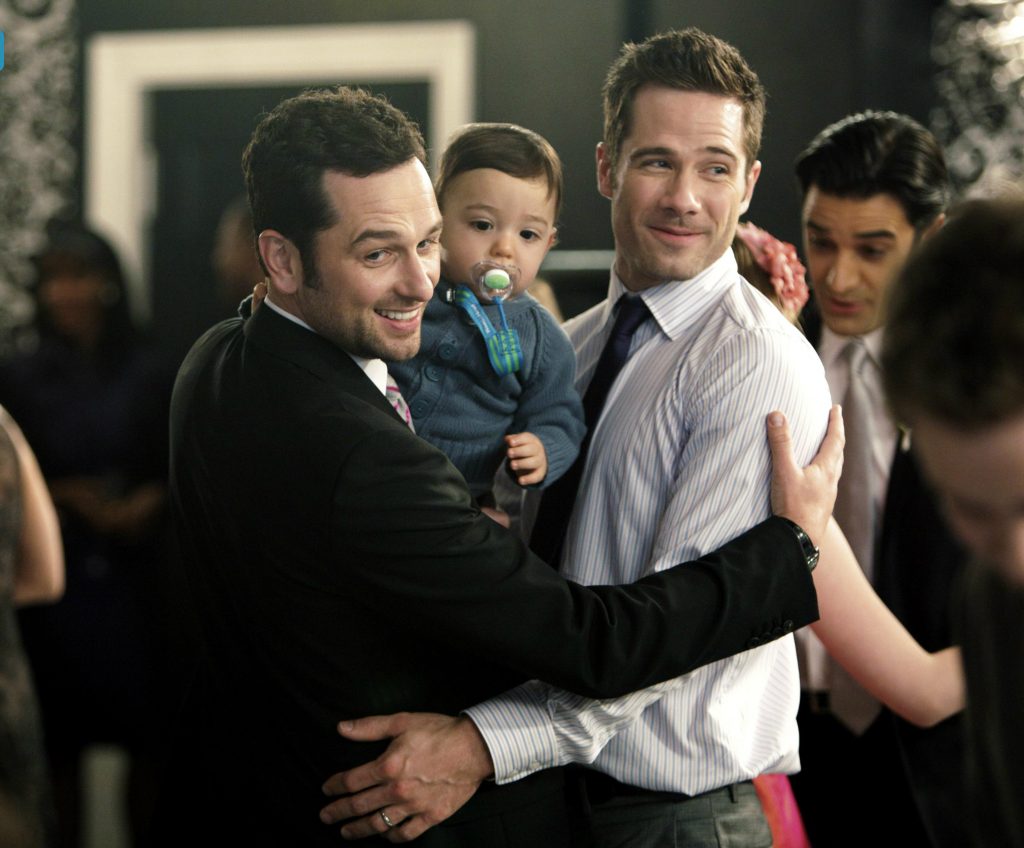 BT: What a place that your husband on the show, Matthew Rhys, is now as well.

LM: Yeah, absolutely! I was just texting with Matthew recently. He’s wonderful and so perfect on that show (The Americans). I may have to change it after having worked with Aaron (Ashmore) and Hannah (John-Kamen), but my favourite acting partner ever was Matthew Rhys! But I might change it. [laughs]

Brief Take: What is it about the three of you that makes the dynamic work so well?

LM: I’m going to say something that I think it comes from, and I really believe this – we have no ego with each other, so we can truly always help everybody do the best possible job. More often than not, especially in ensemble casts, there always starts to become a little bit of “why is the spotlight on you?” or  “now why am I not getting the spotlight?” or “why do you have this joke and not me?”. But with us, we are really, truly, totally rooting for each other, so I think that’s what it comes back to.

BT: Also the rarity of having a woman lead the charge makes a difference, right?

LM: She sets the tone. Hannah sets the tone. When she’s on set we laugh harder, for sure! Hannah is amazing too because she can make incredible jokes and then snap to something dramatic. It’s amazing. 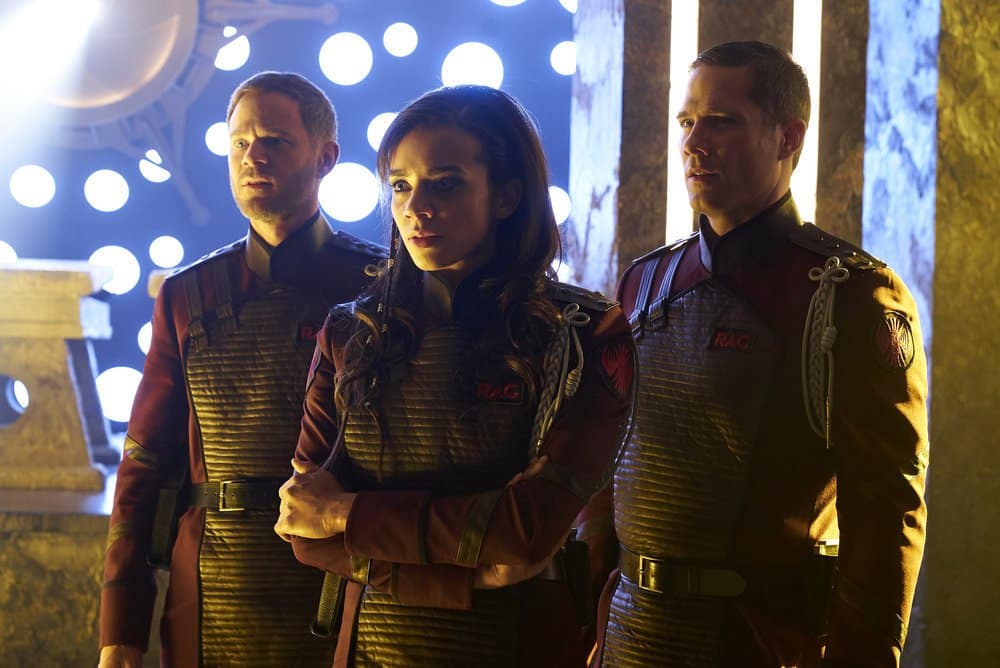 BT: What does D’avin do this season that we’ve never seen him do before?

LM: Well…he’s a father, and I don’t think that is something that we’ve seen on Sci-Fi before, that’s the big one. Also, I think that Dutch and Johnny are really invested in me being a father. It’s never really being explicitly said, but I feel like they’re invested in me because it’s the next big thing for D’avin to sort of grow as an individual. The writers and producer really talk about this inability D’avin has to talk about his feelings. And Dutch is really that way, too. Johnny is much more connected to his heart and will tell people what he wants, he’s much more emotionally attached, so I think that by having a kid, D’avin can hopefully access that.

Killjoys season 4 airs on Fridays at 10 p.m. ET on Space Channel and SyFy