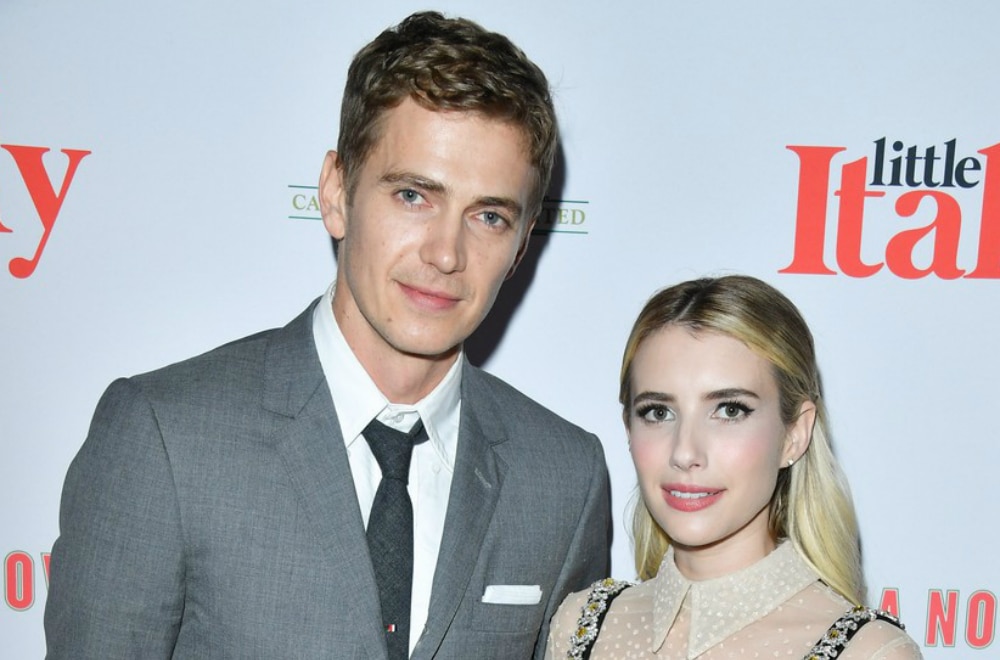 We could not have been bigger fans of Little Italy! The rom-com is back, thanks to the winsome pairing of Emma Roberts and Hayden Christensen (as Nikki and Leo, respectively) in the Toronto-shot movie. The delightful film does an exceptional job of not only showing off our romantic city (and, of course, its little Italy neighbourhood) but also highlighting our diverse communities.

We were delighted to chat with most of the cast and crew involved in the making of the sweet movie at its red carpet world premiere in Toronto, starting with its star Emma Roberts.

The talented actress opened up by saying that she really enjoyed her experience of filming in Toronto, as she has only ever been to the city for TIFF. She told us that her appreciation for the city was genuine, and especially when one compares it to Los Angeles, where she is based. She expressed a love, in particular, for exploring West Queen St. West, and for downtown staple Type Books. In terms of what she would like to promote, her book platform Belletrist was a big one. The site is created by Roberts and Karah Preiss and their feature title for this month is R.O. Kwon’s The Incendiaries. Then she switched into American Horror Story mode and talked excitedly about how her character from Coven was finished, and hasn’t been seen since Season 3, but is going to be back in a big way for American Horror Story: Apocalypse.

The best quote about Emma Roberts was from her co-stars. To a man (woman), they all talked about how it great it was working with her, from Cristina Rosato, who plays her loudmouth sister in Little Italy, to Ava Preston, who looks a lot like her, who said that Emma helped her with her character and copied her mannerisms and behaviours to play such a convincing version of her at an earlier age.

Jane Seymour, who is an acting legend in her own right, said that she was wonderful in their shared scenes, even though she felt badly that she had to treat Emma so badly (even though she was channeling her inner Gordon Ramsay). Fun fact: Jane Seymour’s signature dish is chicken!

Here are a few of our other red carpet highlights from the Little Italy world premiere:

Hayden Christensen appreciation post. 💕 He spoke to our @charlestrapunski at the LITTLE ITALY TV junket earlier in the day and then at the red carpet, Hayden greeted him like they were good friends. 💖 Hayden was joined at the movie’s World Premiere with his grandmother, who turned to a senior publicist at one point and whispered “I’m so proud of him. He’s such a good boy.” So cute!!!! 🍕 🍕 🍕 🍕 🍕 #haydenchristensen #littleitaly #littleitalyfilm #toronto #local #romanticcomedy #movie #eone #grandson #family #cute #adorbs #star #talent #celebrity #press #redcarpet #media #pizza #starwars #anakin #jumper #goodboy #smile #handsome #charming #nice #canadian #latergram #brieftake

Earlier in the day, our Chairman of Content Charles Trapunski sat down with the film’s stars Hayden Christensen and (acting legend) Danny Aiello and discovered that they shared quite a mutual appreciation for each other and a work ethic. 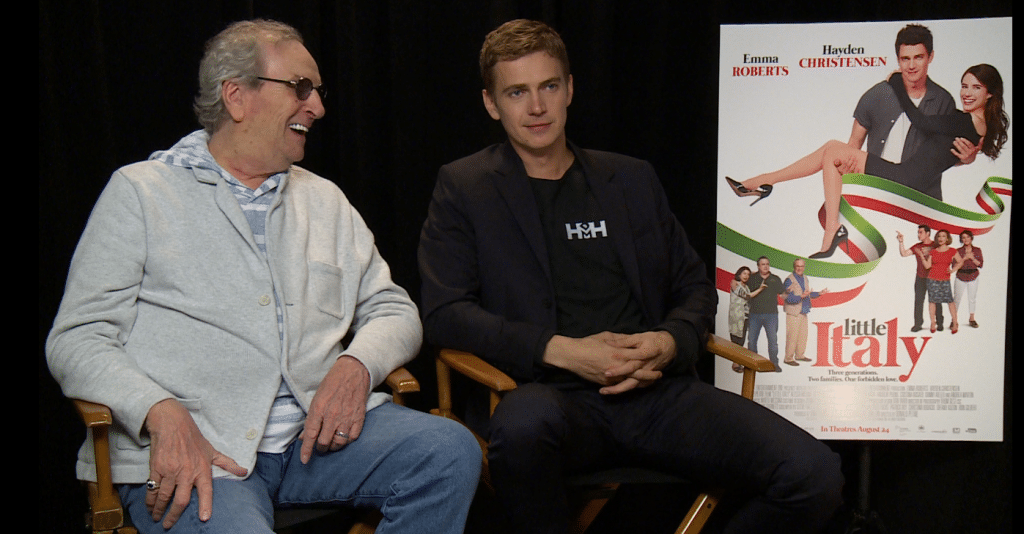 Danny Aiello: We automatically had a connection. It just happened.

DA: We gravitated towards each other and there it was.

HC: For me, also, it was getting to work with one of my heroes

DA: [Points to Hayden] One of my heroes.

HC: I’ve been an admirer for so long, and that’s sort of one of the cool things about what we do is just sort of look up to these people, and then, you know, you’re working opposite them [gestures to Danny]

DA: That’s very kind of you, you know I felt the same way. Being a guy who’s been in this business for a long time, you feel like you know everything, there’s nothing to be taught or learned, then I work with a person like you [gestures to Hayden] and find out there are still things you can learn from someone relatively new, as compared to yourself.

HC: And your behaviour on set is a good example for any young actor who doesn’t know how to behave on a set to watch you. I mean, it’s wonderful to see the small and simple things that you do, and that tends to make people as comfortable as you are, doing it, you know. [laughs]

Then he sat down with the film’s co-screenwriter Vinay Virmani and director Donald Petrie and got the best quote of the day:

Vinay Virmani: If you like pizza, then you’re going to love this movie! 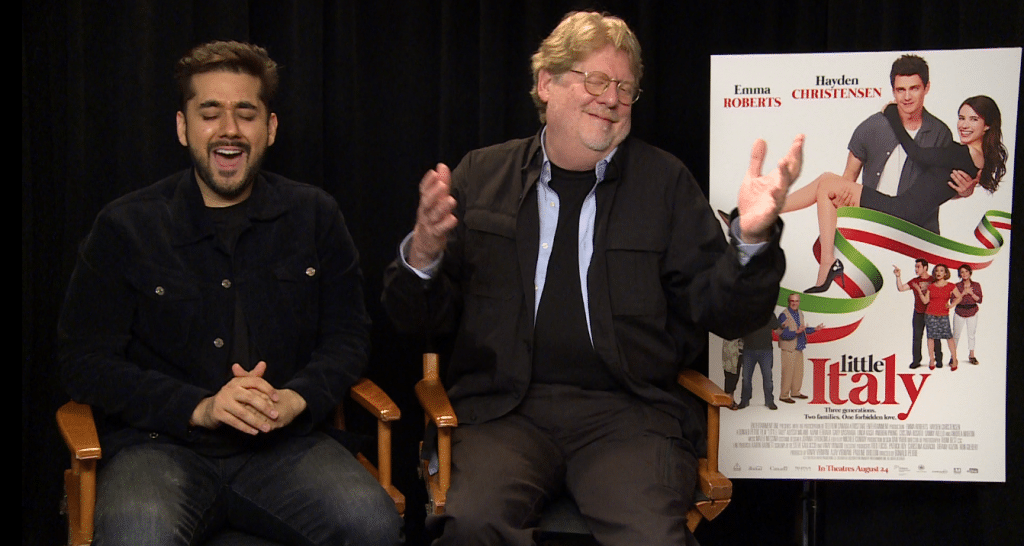 Want more Vinay and Hayden? (Don’t we all?!) Here are a few of our video interview highlights from the recent iHeart Radio MMVAs red carpet:

Little Italy is now playing in theatres across Canada!