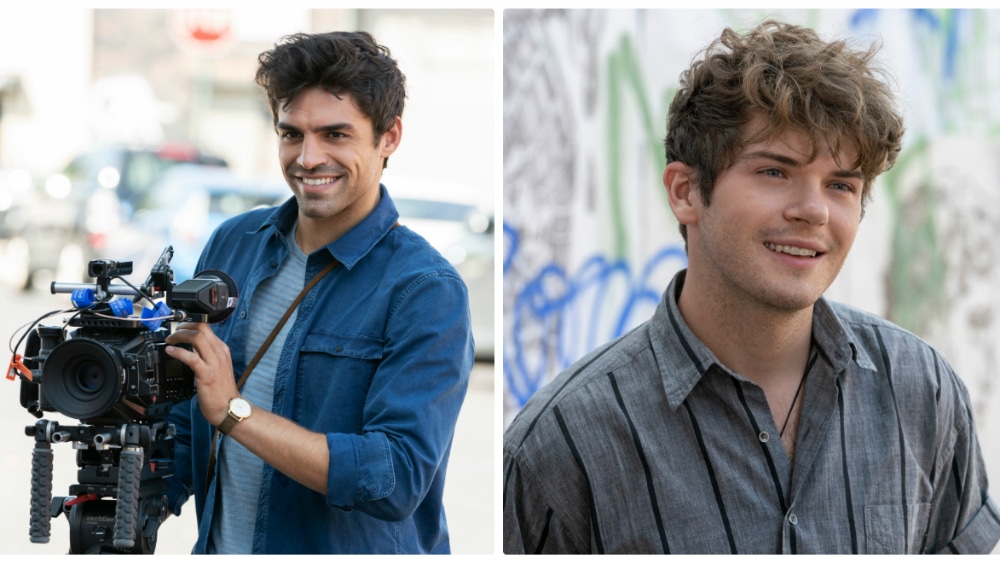 Behold the adorable bromance of Sean Teale and Colton Ryan! The Little Voice co-stars had such a rapport and kinship between them during our recent Zoom video interview that we almost felt badly for cutting into their conversation when we were first patched into their virtual junket room. Teale (The Gifted, Incorporated, Reign) and Ryan (Broadway’s Dear Evan Hansen, Alice by Heart and Girl from the North Country) were joking about the merits of the name ‘Brief Cake’ and we had to admit that the name did sound catchy (especially coming from the mouths of two incredibly talented performers). On Apple+’s Little Voice, the duo play rival love interests for Brittany O’Grady‘s Bess, and they later joked about how difficult that was considering their fondness for each other.

The following is an edited and condensed version of our fun Zoom video chat with Sean Teale and Colton Ryan of Little Voice.

Colton Ryan: Or even just a bit of cake. That’s really good.

ST: Or cake you can eat quite quickly. [laughs] 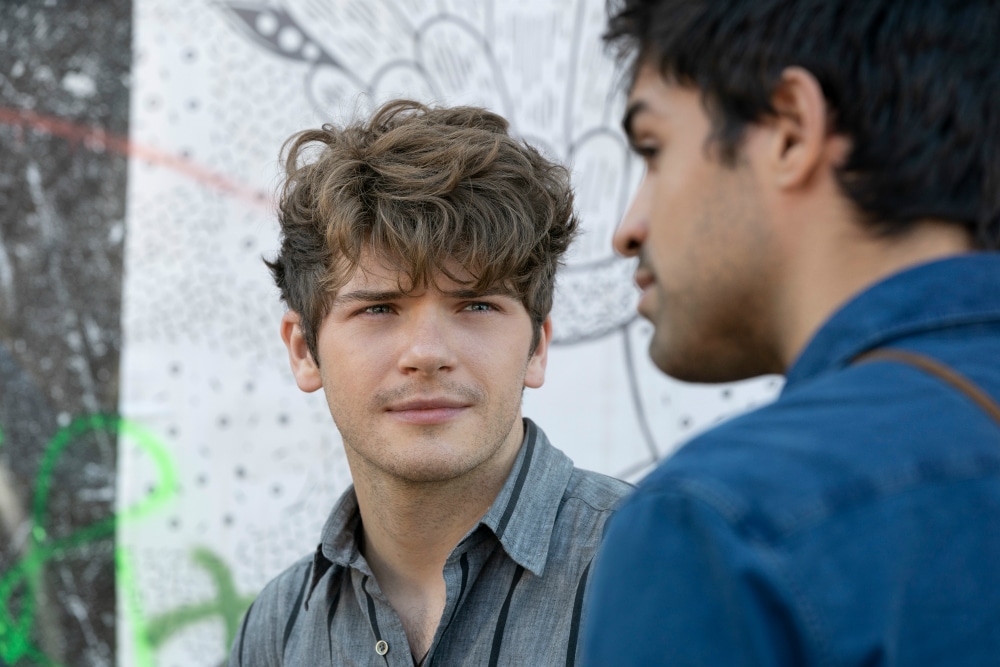 BT: Sean, I just wanted to let you know that you’re still an honorary Canadian from your Reign and Incorporated days. And Colton, you can come star in Girl from the North Country or Dear Evan Hansen here any time.

ST: Thank you. I love Canada.

CR: Anything, sure! I’d love to come to Toronto.

ST: I have the fondest memories of Toronto. I love that city so much and its people.

BT: I know you don’t have many interactions on screen, but what did you like best about working with each other?

ST: How easy it was to work with someone that nice. I don’t need to tell him anything he doesn’t know already, but it was so hard to keep that animosity between each other as opposite ends of the long triangle because we had so much fun goofing around. But also, what’s great about that competition in the script is that it keeps you competitive on set to some degree. When you see someone do their job as well as Colton does his, especially early on in what’s going to be loads of those things for him, it was awesome to watch and awesome to bounce off of.

CR: Stop it! [laughs] I mean obviously you can tell I adore Sean.

CR: I mean he’ll tell you, the first day I walked right into his dressing room and was kind of like “ok, you gotta tell me what’s up”.

CR: Because he is a seasoned vet and I needed advice, and he was gracious enough to give me a lot of help along the way. Things that weren’t just about how to act on set but other things that he didn’t have to give me. So I mean I have a lot of respect for him and he knows that. And yeah, we had trouble! “Look mean”. 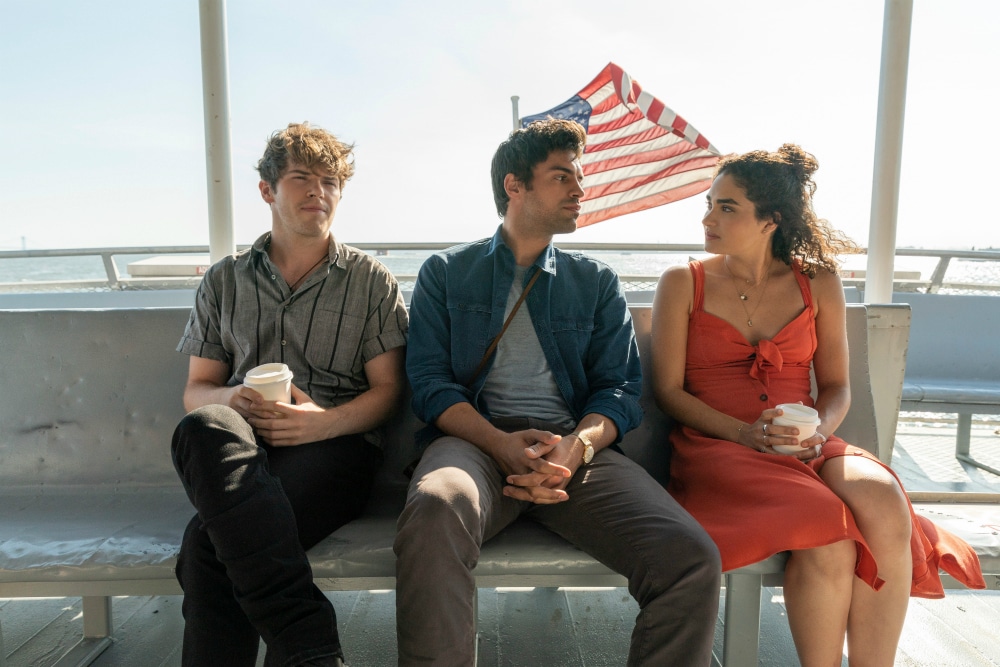 BT: Do you have a favourite memory from set?

ST: We had that great day at Governors Island.

ST: Being an Englishman in New York is always a nice thing but being an Englishman in New York where you get shown every side of it, that’s completely different. I hadn’t seen Governors Island, I don’t know if Colton had either, but that was the first time that we had all come together and it was the summer and it was a beautiful day and we were trying to make this lovely show surrounded by incredibly kind and considerate and generous people. It was hot but it could have been twice as hot and it would have been just as enjoyable.

CR: I’ve lived in New York for awhile and I’d never been. We kept joking about it, coming up, like “when are we going to meet each other on the show?”. We all knew each other, we were having a good time, so we kept calling it the Avengers day.

CR: Yeah it was our Avengers movie and this was the big team-up.

CR: And we hyped it with each other, and it lived up to the hype because we had a great time just goofing off in the sun. I think it was two days.

CR: Running for the ferry to…because if you didn’t get on, you’d miss it and you’d stay there overnight. We just had a good time. 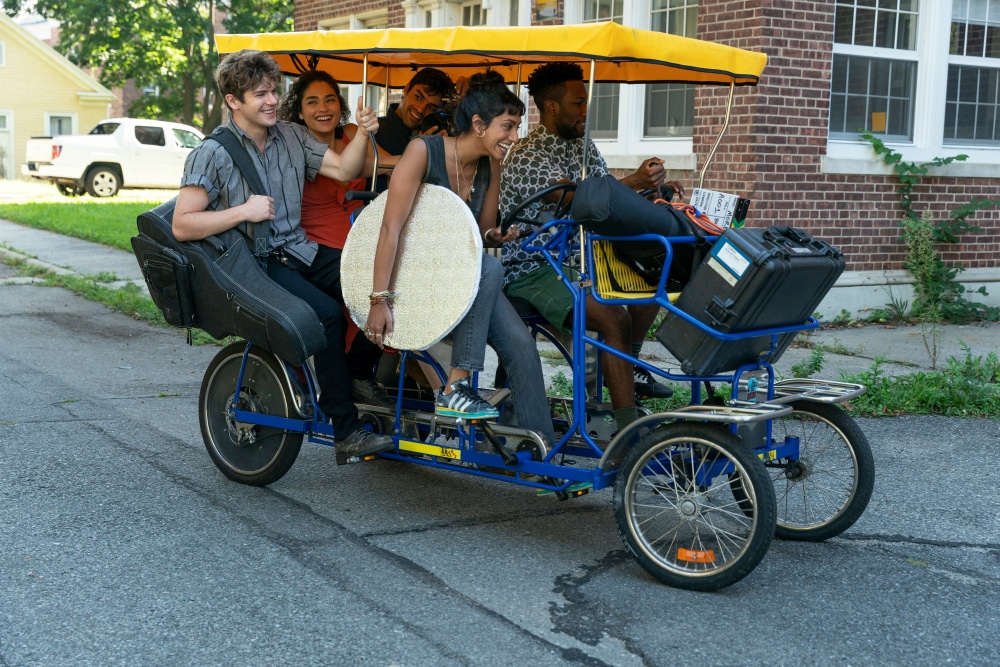 BT: Thanks, guys! I look forward to seeing what you do next.