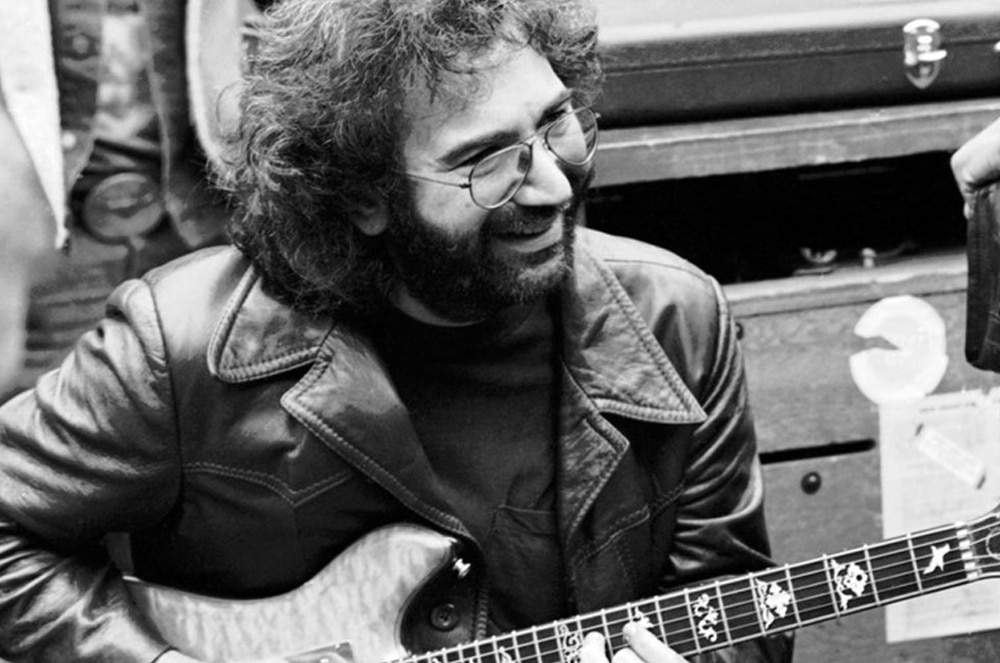 When I first heard that Long Strange Trip would be coming to Hot Docs, I wanted to be involved in the Grateful Dead film, despite not being a Deadhead. I later attended the public screening solely to see the introduction by director Amir Bar-Lev and attended the Q&A as well to be better prepared for our interview. In what I imagine was his typical style, the director shouted out to his friend Jessica Edwards in the audience (Director of the wonderful Mavis! and born in Canada) during the Q&A and told the throng that the after-party would be taking place across the street. It was here that Edwards said something (and not to me, either, I just overheard) that summed up Long Strange Trip: It’s easy to make a music documentary, though extremely difficult to make a good music documentary. This quote (or close to it, as as I wasn’t recording at the time), is what I brought into my interview the following day with Bar-Lev at a midtown Toronto hotel. Long Strange Trip is a good music documentary, and must be seen by non-Deadheads, which seems to be the espoused message.

Bringing the enterprise full circle towards the end of the interview, (and which served to answer my initial salvo), Bar-Lev references the previous night’s Q&A, repeating the notion that the film is for the wives and husbands of Deadheads, (and, one assumes, the brothers and sisters and nieces of Deadheads, as well). “That’s why we didn’t try to play the songs and the stories as a nostalgia trip, but try to come at them from a different place”. There is a trip, (and this is why the idea of a train is discussed at length, both in the film and in our interview), but the trip is not one of nostalgia, (and not necessarily a trip borne out of the Electric Kool-Aid Acid Tests of Ken Kesey that are referenced earlier on), but another kind of trip entirely.

Bar-Lev responds to the idea that I have been carrying with me in my head that the Deadheads that I know are religious. He prefaced that he would be the last person to say what the Grateful Dead is or not, but states “I believe that the Grateful Dead is a religious enterprise in the best sense of the word. It’s mysticism uncoupled from religious thought or tribal affiliations”, which comes at the idea in a way I hadn’t considered, but does make a heck a lot of sense and brings up the idea of the smashing of certain idols. But Bar-Lev dismisses the idea, ultimately coming to the conclusion of “no”, one of the few times I hear this word from him. In support of dissuading the argument, he mentions that there are a number of secular Deadheads, and that Bar-Lev learned not to put people on pedestals. In fact, he learnt it from The Grateful Dead, and that “priests and rabbis don’t get special dispensation”, which reminded me of his previous film Happy Valley, about Penn State, who put up a literal statue of Joe Paterno on a pedestal only to see it get knocked down by the supporters of the school themselves.

I thought I would be remiss not to ask about Amazon Studios, and was surprised to hear that it touched on Bar-Lev’s desire to get the film into as many homes as possible, in a sort of Trojan Horse theory. In essence, he believes that are some majorly subversive ideas in the film in the guise of a fun rock band, that this is a “punk rock film and not a hippie film”. Hopefully Long Strange Trip will be a tonic to boomer music docs, including ones that had been distributed by Amazon Studios. Bar-Lev remarks that: “The jury is out on who gets the last laugh”.

Long Strange Trip is now playing in theatres in New York and Los Angeles, and will commence June 2nd being available to stream on Amazon.

Win advance screening passes to The Book of Henry!