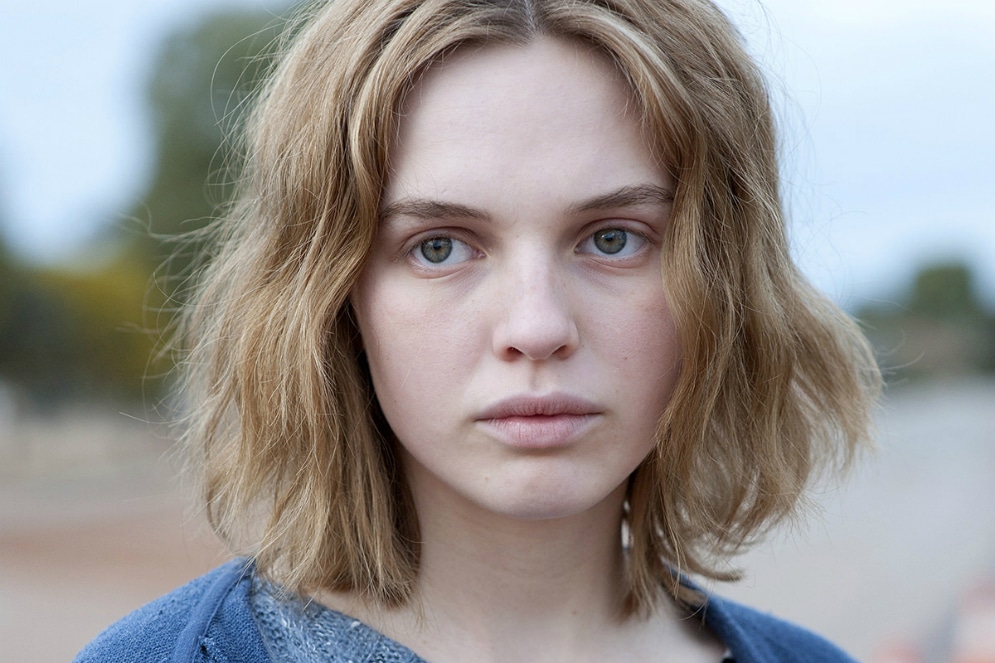 Looking for Grace is finally receiving a release in home entertainment from Monterey Media after more than two years from its premiere at Venice and TIFF, where it screened in the inaugural Platform program. The timing is interesting as its star, Odessa Young, who was also at TIFF that year with The Daughter, is soon appearing in the film Sweet Virginia opposite Jon Bernthal and will next be seen in Assassination Nation, co-starring Suki Waterhouse.

Young gives a powerful portrayal in Looking for Grace, starring alongside Radha Mitchell and Richard Roxburgh. Sitting with the actress and director at a restaurant at the conclusion of the festival felt strangely comfortable as Young and Brooks have a great rapport, and taught us the Australian slang term “narky”. The following is a condensed version of our chat.

Brief Take: How did you begin the creative process on Looking For Grace?

Odessa Young: [to Sue] You gave us this Ian Thorpe script, when Ian Thorpe came out.

OY: Sue wrote this script that had nothing to do with the film, but it was kind of an inspirational thing for Grace and (a young character named) Sappho to be talking about.

SB: It wasn’t the greatest script, but it was something for them to talk about right in the body of the film. It was lighter and the stakes were lower. It was the kind of thing a couple of girls would be arguing about.

OY: It didn’t even make it into the film, it was just one of those things that informed the characters and wasn’t about running away or their shared experience. It’s just like the foundations of friendship.

BT: Odessa, did you film Looking for Grace before or after The Daughter?

OY: I shot Looking for Grace directly before The Daughter. We wrapped and I drove to the airport and got in a plane at eleven at night, and flew overnight to Sydney, arrived in Sydney like maybe six or seven in the morning, went home, had a nap, went to work on The Daughter. *laughs*

BT: How did you transition from one role to the other?

OY: I think it’s the direct and polar opposites of style that Sue and Simon [Stone] have because it made it very easy to realize that it was a different production. It kind of jump-started my body into the new mode. Sue is very improvisational and collaborative, and very much gives the actor a lot of freedom to develop their own character into working in the structure she’s given us. Whereas Simon had this kind of absolute vision of the characters he helped us achieve.

BT: What do you think of your film playing in the Platform program?

SB: The judges are amazing. I remember walking out of Claire Denis’ 35 Shots of Rum at a screening in Australia, and remembering that it was extraordinary. Odessa, have you seen it?

SB: It’s the sort of film you have to see in the biggest cinema you can.

BT: How do you feel about your film’s place in the program?

SB: Look at us, we’re from Western Australia making small films with a small budget, but lofty ideas. Then there you are in the Platform program. I mean, I can’t believe that they are seeing the film, let alone judging it. It was the same for Venice – we had Alfonso Cuarón doing the judging, and that was pretty amazing. His first film [Sólo con tu pareja] was mind-blowing.

BT: What’s the difference between the expectation and the reality?

Looking for Grace is available on Digital Download, DVD and VOD on November 14th