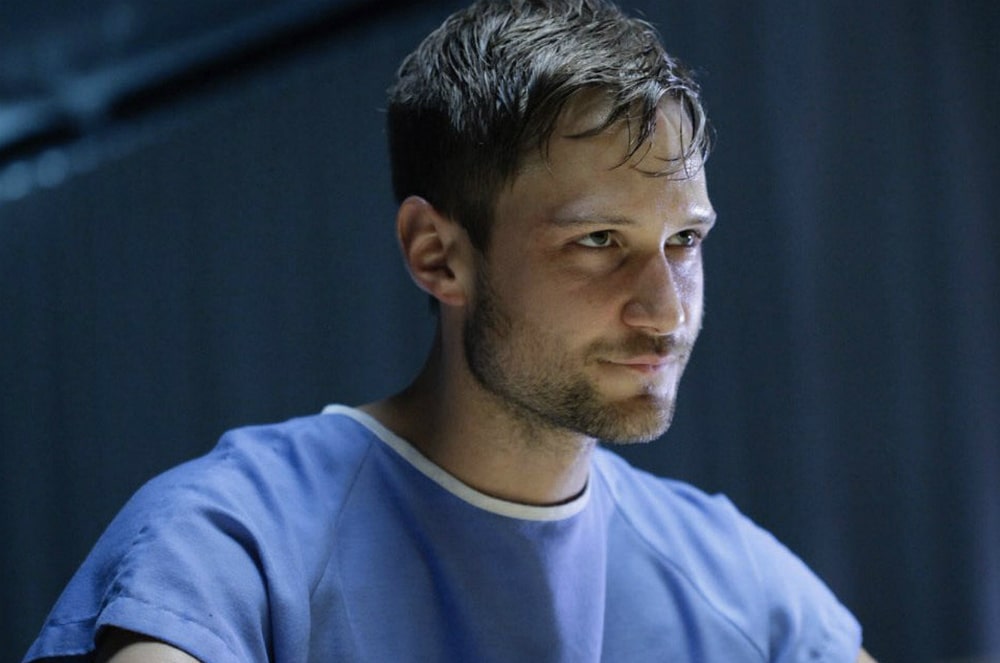 Lost Solace depicts a fascinating character study and is a wholly original film unlike anything you’ve ever seen before. Directed and co-written by Canadian filmmaker Chris Scheuerman, the film is centred on Spence (Andrew Jenkins), a sociopath who preys on wealthy, lonesome young women, only to steal their assets once they fall for him. His life is turned upside down, however, after he consumes a mystery party drug that forces him to feel empathy and act “just like the rest of us”. His plans to murder his current target Azaria (Melissa Roxburgh)’s moneyed father are thrown for a loop and, well, you’ll have to see the film to find out what happens next. It’s definitely worth your time.

We had the wonderful opportunity to talk with the film’s co-writer/lead actor/producer Andrew Jenkins and the following is a condensed and edited version of that enjoyable conversation.

Brief Take: Congratulations on the film! I know it must seem like so long ago since you worked on the film and its festival run in 2016, but the timing feels right for its iTunes release now since it’s a film about a sociopath and America is currently run by one.

Andrew Jenkins: *laughs* Yeah you nailed it! It is good timing now because sociopathy in our society is so prevalent right now.

BT: How did you and Chris initially conceive this story?

AJ: It’s a cool little story. Chris and I moved from Southern Alberta around the same time early on in our careers and became the best of friends. He was developing his own project as writer/director and I was doing auditions regularly as an actor. So I happened upon an audition that was for a psychopath, and I didn’t get the part but halfway down the rabbit hole of research, I felt that I really wanted to do something like this. I did the left brain research and enrolled in a class that focused on abnormal psychology in the psychology department at the University of British Columbia. So I took the idea to Chris and we did some research and we really wanted the opportunity to work with each other. Then Chris had this really excellent premise – this idea that what if this psychopath began to feel emotions for the very first time – and I was hooked. I’ve never seen that before.

BT: Your character felt like equal parts Patrick Bateman, Dexter and a wild animal who, through the course of the film, starts to act and feel caged. He has such a unique physicality to him. How did you craft the character?

AJ: Oh, that’s such a good question! That’s all in the preparation. I work with all different kinds of approaches to the craft but one of them is animal work, which a lot of method actors used back in the day and still use to this day. I used a black panther for my animal. But some of that physicality, like the lurking in the very beginning, comes from and is informed by that. Then that animal is thrown into some pretty stressful situations. If that all came through, that’s really cool! You’re absolutely right, and those are things that Chris and I specifically worked on too. Obviously a lot of audience members don’t need to know that but I think it’s beyond cool that you noticed that!

BT: The film is very much a three-hander with you, Melissa Roxburgh and Charlie Kerr. The scenes with the three of you, especially towards the end of the film, felt very theatrical, especially in the staging. What was the preparation process like?

AJ: You know what, I think all of us take a similar approach to our craft. First of all, we’re intimate friends and there was a trust and openness and willingness to explore between the three of us and the rest of the cast, our producer Lori Triolo, and Chris. We didn’t rehearse as an ensemble but we did rehearse individually beforehand.

BT: Your next project is one of the most anticipated movies of the year – The Predator. I know you probably can’t talk too much about it but it must have been pretty cool to be on such an effects-driven set with Shane Black at the helm.

AJ: Yeah. Yeah it definitely was. I mean I was surrounded by artists and performers and Shane is a writer and director that I admire and have admired for years. It’s so funny, I was just chatting with someone about this. I wouldn’t say the process is too different on a big project like that. You’re still showing up and doing the same work. It was still really cool to be surrounded by these folks whose experiences you could draw from. It was cool.

Lost Solace is available on iTunes for a one month exclusive starting January 30th and will be available on VOD in March. The film is being distributed in Canada by Raven Banner Releasing.