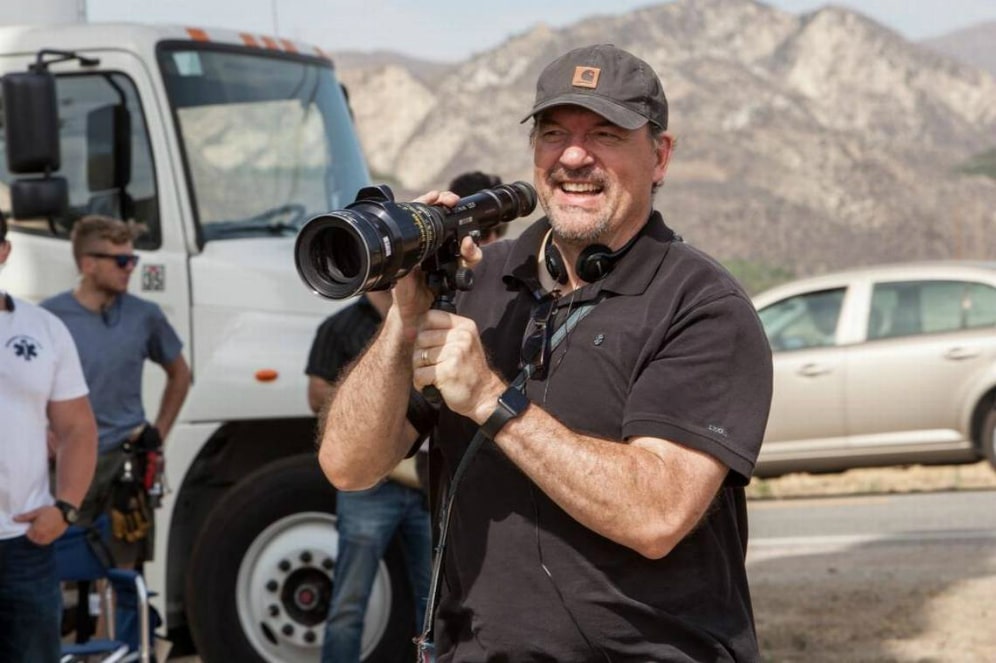 John Carroll Lynch is a brilliant actor and is a very strong director for a neophyte. His directorial debut, Lucky, received strong buzz on the festival circuit, and features a standout performance by the late, great Harry Dean Stanton as the eponymous Lucky. Lynch graciously offered his time to us and a select group of local journalists for a roundtable interview prior to a special Harry Dean Stanton tribute screening of the film at the TIFF Bell Lightbox in Toronto. I was able to really learn a lot about the film and the filmmaking process from the smooth-voiced Lynch.

Brief Take: I was very curious about your film as Western or a Midwestern.

John Carroll Lynch: If the film continues to have any relevance, and hopefully with Harry Dean’s work in it, it will, that film historians will consider the Westerness of it all, that he was conceived of in my mind as the kind of de facto sheriff of this town. He saw himself as that. He saw himself in some ways as a protector, although he wasn’t protecting himself from anything. *laughs* But in his own mind, he was living this kind of self-sufficiency that has been the hallmark of Westerns for as long as they have been around. It’s interesting, I’ve lived in cities most of my life and I’m living in the country now. It’s half an hour to go wash my car. It’s half an hour through dusty roads to wash my car – why I am doing that? I can get a power washer and just wash my car in my driveway. And that’s just a minor level of self-sufficiency. I mean, people who live in the country are likely to be more self-sufficient. So if you extrapolate that from his illusion of his own self-sufficiency, the fact that he feels he’s on his own, that, as he said in the movie, there’s a difference between being alone and lonely. And it’s only when he feels his own loneliness that he recognizes the fact that he’s never been alone. So I think that has something to do with Westerns and I think in some ways it has to do with the death of them, at least in my opinion.

BT: Lucky is certainly an independent film that’s quickly gaining an audience due to word-of-mouth marketing. Speaking of independent films that demand audience engagement, you were brilliant in the underrated and little-seen Camp X-Ray.

JCL: I think, first of all, Camp X-Ray did find an audience. I think we all have to be clear about what an audience looks like now, unless you’re making something that is so gargantuan as to be operatic that we don’t have room for it, because we have so much magnificent material at home to watch. So, Camp X-Ray becomes part of that material somehow in our lives. The movie, I think, is excellent. It’s one of many moments in which Kristen Stewart, who we’ve watched grow up, I worked with Kristen Stewart in Catch That Kid when she was fifteen years old. So to work with her again and to see the light in her eyes as an actor and really watch her becoming a peer, particularly in that film, I thought she did excellent work. She’s being very brave with her choices, in many different ways, and I’m really happy for her, and I was particularly happy for that film. That character was fun for me because I was trying to trade in the child molester for the military is what that was. I was ready to stop killing people. That movie was ironic as once again I was a prison guard. It’s funny how those things come up, because I’ve played a prison guard three times, in Face/Off, in Shutter Island, and in a way in Camp X-Ray.

BT: What was Harry Dean Stanton like to direct? Did you direct him actor to actor?

JCL: Yes, absolutely. The vocabulary any director uses with any actor changes from actor to actor and there’s an illusion among the acting community, I think it’s self-propagated by the way, actors respond to the same kind of material, but that’s not the case in my experience. Everybody has a vocabulary they have to find. I have seen directors do that and I knew that I would have to as well. Harry’s focus always was on two primary things. One was that he was never going to act. He was always going to be Harry Dean Stanton, that has been his foundational keystone for forty years at least. Ever since he played Blind Dick Reilly when his friend Jack Nicholson told him to play that part. His friend Jack Nicholson said, “one thing, you’re only going to play Harry Dean”, and as he says in his AFI Tribute to Jack Nicholson, “and I’ve been working ever since”.

Lucky opens Friday October 6th at the TIFF Bell Lightbox in Toronto and in the Hyland Theatre in London, as well as the First Ontario Performing Arts Centre in St. Catherines. The film will open in additional cities in the coming weeks from Films We Like