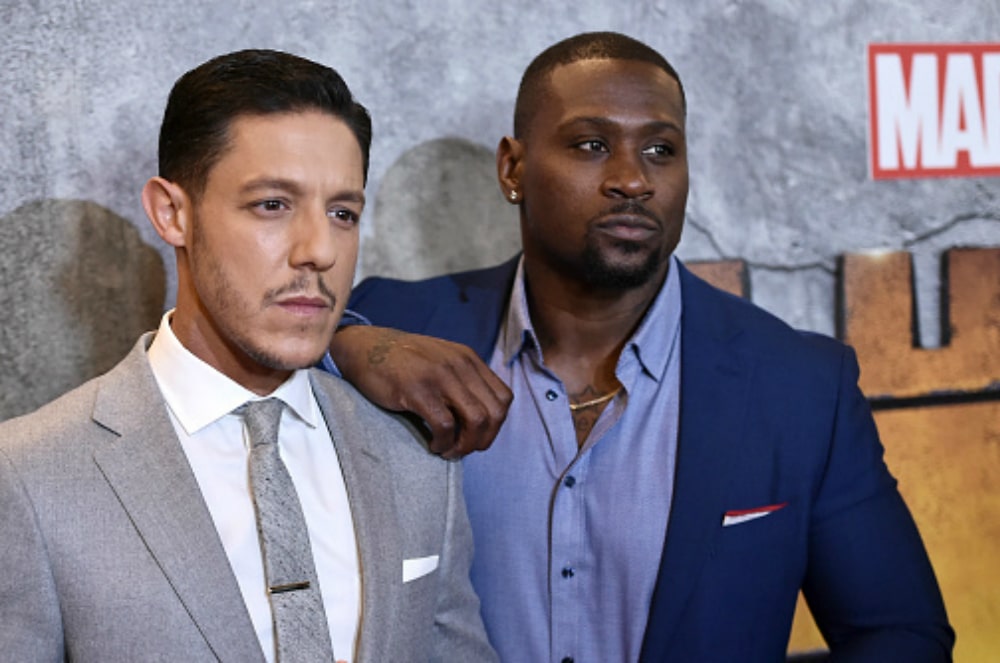 Part of the reason that we were eager to speak with Thomas Q. Jones was because of his brilliant, layered performance on Marvel’s Luke Cage as Comanche, as he was definitely a highlight of this past season of the hit show.

Another part of the reason is that his personal journey from the NFL to acting is so fascinating, and after watching an interview that Jones did on a TV station in Los Angeles, we cold-emailed his publicist and asked to speak with him (true story!). Not only can you catch Jones’ masterful performance opposite Theo Rossi and Alfre Woodard on Marvel’s Luke Cage, but his film A Violent Man (which he produced and stars in) comes to theatres and VOD on December 21st after a festival run.

The following is an edited and condensed version of our interview with the hardworking and kind Thomas Q. Jones. *Warning! Major spoilers ahead for season 2 of Marvel’s Luke Cage*

Brief Take: Comanche looks so different from every other character you’ve played. What was it like crafting the character and did you feel like you were embodying someone completely different?

Thomas Q. Jones: Yes, I did and that’s what I love to do as a character actor. The majority of projects that you see me in, I don’t look the same. In Being Mary Jane, I had a low haircut, in Straight Outta Compton I had kind of a fade, and kind of like stubble. In my film that comes out in December, A Violent Man, I have like a scraggly beard, and I try to make myself look as much as the character as he really is and that is why I let my hair grow out. I was kind of nervous because when Cheo (Hodari Coker) sent me the text message, “Comanche Lives”, and would bring me back for season 2, an incredible story and character I believe, well, in season 1, I was clean-shaven and in prison. And I was like “yo, I don’t want to cut my hair, because I feel like time’s gone by and Comanche has been in prison, and his hair’s grown out”. So I was like “Listen, man, I really think I should keep my hair”, and he was like “that’s a great idea!”, and that helped me get into the character because it was all about being specific. The fact that I had dreads, my hair had grown out, I had been in prison, Shades had been released from prison, I was still in it. So it made so much sense because I looked the way I looked, kind of rough around the edges, my moustache and beard had grown out, and Shades was so clean cut with fresh suits. And specifically, wardrobe, each episode, would make my suit a little bit more tailored, so you could tell, specifically, that first episode that my suit was really a little bit kind of old, but as we went through you could see some of the colours change, because I was adjusting, making these adjustments to the outside world in each episode. So that was something that was kind of specific-looking. Yet it made a lot of sense because it could show my progression, as I started to get more and more comfortable, as I get out of prison, and more and more comfortable in this world with Shades and Mariah. 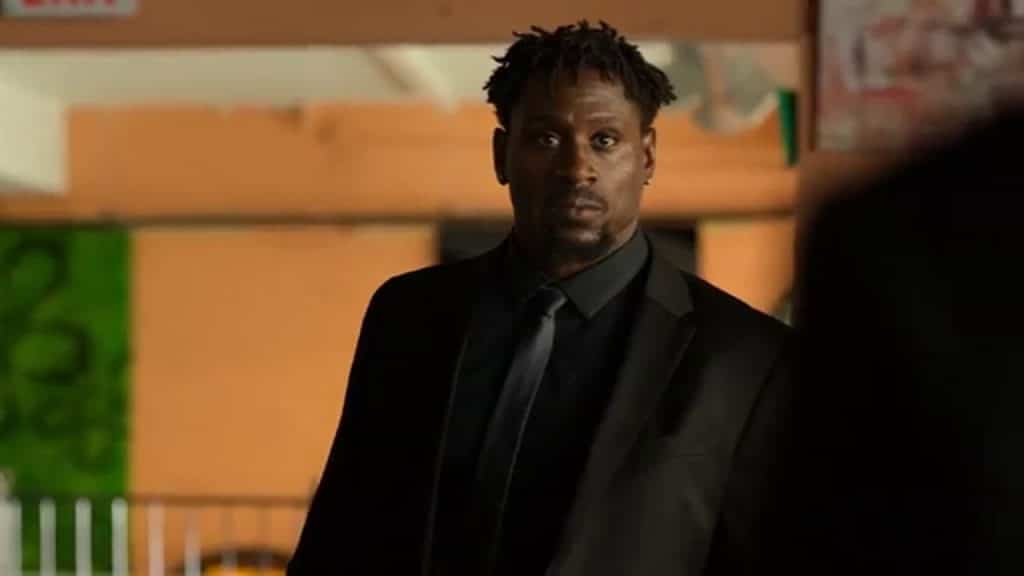 BT: Did you feel like Comanche was betrayed in the end?

TJ: [pauses] I felt like, well, that’s the beautiful thing about the dynamic of our whole relationship, which is we’re gangsters and there’s a street code, you know? And if you talk to the police, the consequences are death. But at the same time, we had such a long friendship as kids, and we had this relationship in prison, it was more complex. On top of the fact that, my character did not want to kill him. I legitimately was trying to get both of us off the hook, and so in the end, I think that is what made it such a beautiful moment. Shades didn’t want to do it, but I knew he had to do it. And as you can see, the character shifts throughout the season, the character even dresses differently, he became a different person, because the relationship that they had, and what he had to do, he was torn between being who he is in his gut and the person Mariah wants him to be, and you saw that conflict after the death scene. The way that they wrote that scenario – you’ve got two gangsters, two alpha males, that are just killers. One minute you see us killing three people in a furniture store, the next minute we’re in our barbershop having this intimate conversation about our prison relationship, and right before he kills me he says he loves me. So I didn’t feel betrayed; I knew the consequences. We both knew the consequences, it was just part of that street life. 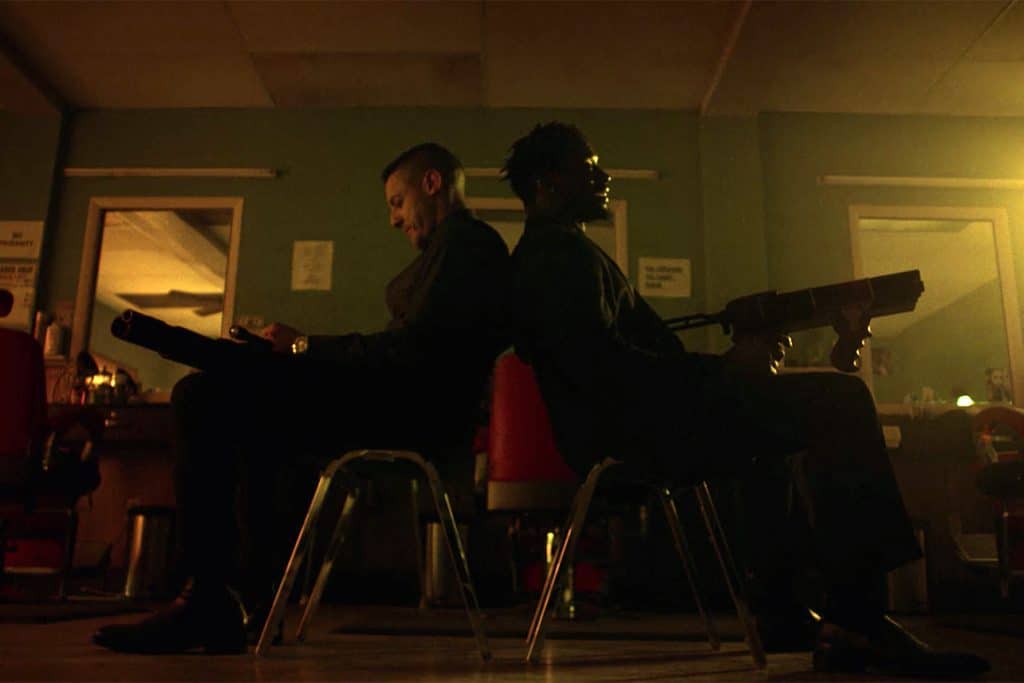 BT: Could you tell me a little bit about your training for A Violent Man?

TJ: Well the cool part about being a football player is that it’s actually a little more violent than MMA. I mean MMA is one on one, which is very violent obviously, very very violent. But football is eleven guys on each side, so you literally have a chance to be hit by eleven people, two, three, four people at one time, so it’s a pretty violent game. And then Chuck Liddell, who’s one of the greatest of all time, and then John Lewis, who is his trainer, also is an actor in the movie, he plays my best friend. He did all the fight choreography, he’s a world renowned fighter and world renowned trainer. And Herb Dean, he is the referee in the final fight with me and Chuck. It just has MMA and UFC written all over it and I trained for three months with John Lewis in his gym. I always box in the offseason, just to keep my cardio up, because it’s good cardio, so I was always comfortable with my hands, as far as striking, but the submission holds and getting on the ground, not as much.  It was pretty intense training and I’m fresh, so I had to learn submission holds based off the fight choreography. I was fortunate enought to work with Chuck five or six times on the fight choreography. So once we were ready to shoot we had the choreography down, but the physicality, that was actually the easy part, Chuck and I are so used to being physical. That’s what I did, I played ball since I was eight, I retired at thirty-three, he’s been a fighter his whole life. A lot of the fight scenes are pretty intense because there are no stunt doubles, there are two guys who are used to crashing into each other. It’s just second nature. 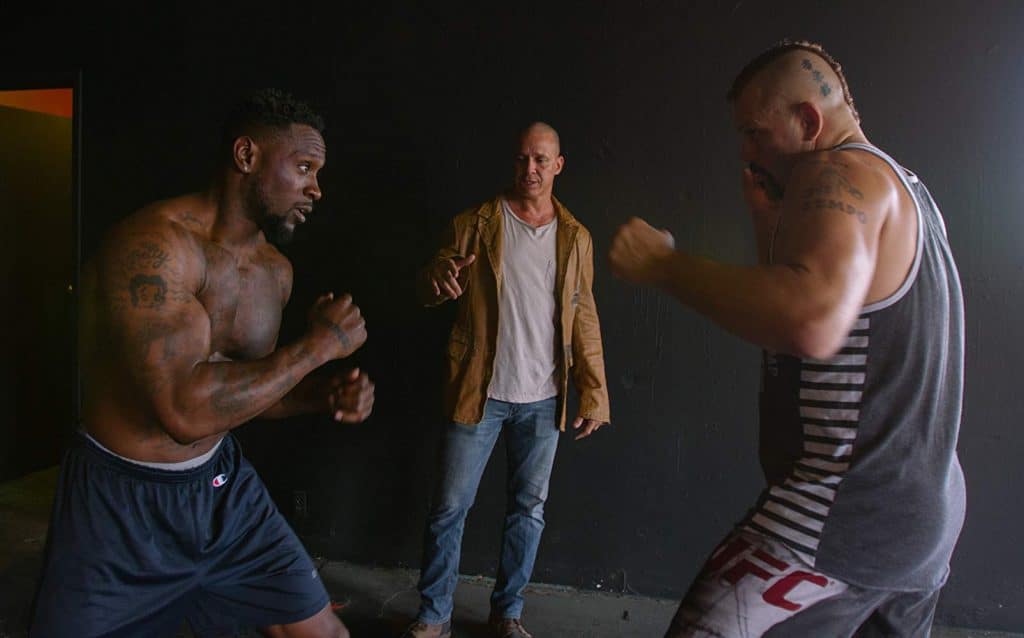 BT: How do you think that you are more of a student of the game now that you have come from the NFL?

TJ: The thing about the NFL is that it’s 75 per cent mental. The smartest, most focused, prepared guys are the ones that are not only going to perform the best, they are the ones that are going to play the longest. And that’s generally what they do. I understood other players’ tendencies and my opponents’ tendencies. I watched countless hours of film of my opponents, as well as others in the league that play my position. So I could perhaps take some of the things that they do well as a running back and add them to my set of skills. And that’s the same thing as an actor. I watch my favourite actors – I’ll watch Wesley Snipes, I’ll watch Denzel. I had an audition for a TV series and I went and saw The Equalizer 2 twice because Denzel is like Barry Sanders, or Wesley Snipes is like Walter Payton. I’ll go watch Wesley Snipes in Blade and then go watch him in Disappearing Acts. I’ll go watch Denzel in The Great Debaters and I’ll go watch him in Training Day. These are the people I want to emulate in my career. They take on whatever the role is and it’s similar to football, because I come from a disciplined, hard-working, dedicated environment and those are the ones that make plays. You don’t go to the Pro Bowl, make PFWA All-AFC, have over 10,000 yards rushing, have over 70 touchdowns, if you’re not a hard-working, dedicated, specific person. You don’t win an Oscar, you don’t win an Emmy, not even winning awards, but you don’t get the acclaim, if you don’t work hard. The big thing that I am hearing from you is that you understood my character and enjoyed seeing this character’s journey. What is in your control is your performance, and how specific and detailed you are. I’ve only been an actor for four years. To get that response from you is incredible. That’s the biggest rush that I can get as an actor, no different than a fan saying “I loved you when you played for the Bears, they should have never traded you”. That for me is bigger than anything. It just means that all the work I did, to do my job, it was worth it.