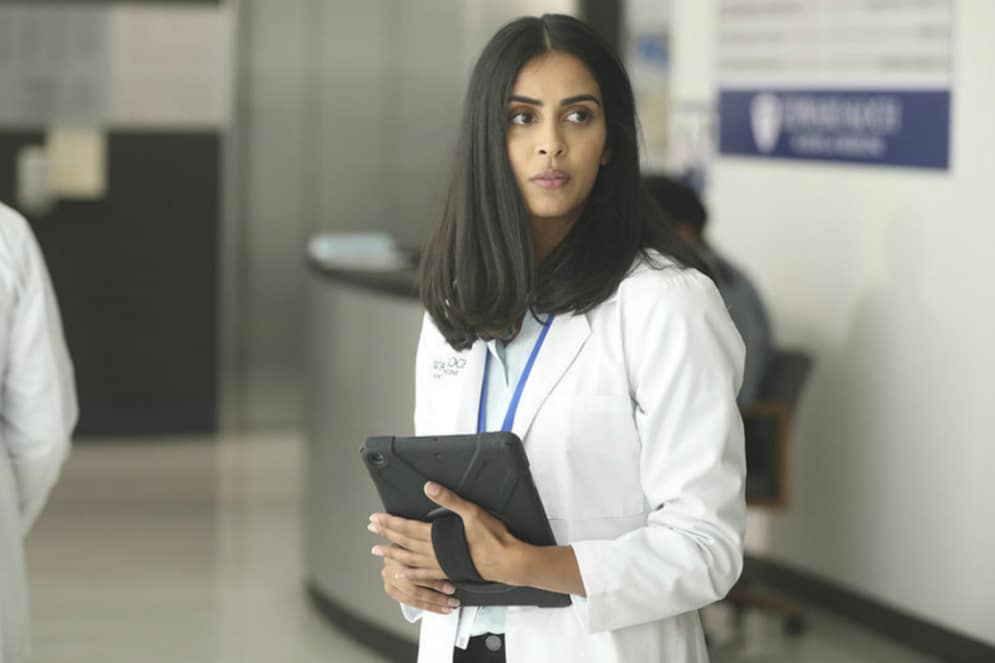 Even before the hit series Manifest started airing on NBC and City, Parveen Kaur’s face was familiar to thousands of people because the ads for the show were everywhere you looked. But did you know that the accomplished actress is actually from Toronto (well, the Okanagan Valley originally), and spent many of her formative years in the 6ix before heading to New York City to film the popular series? (Yes, here in Toronto we take great pride in our homegirl Parveen Kaur)

Kaur’s presence on the series (toplined by Josh Dallas and Melissa Roxburgh) is essential. In person, she is refreshing and forthcoming as we sit and speak with her exclusively at a Toronto restaurant café. In fact, Kaur references locations that are significant to her, many of which are located nearby or around the corner.

Here is a condensed and edited version of our insightful chat with Parveen Kaur of Manifest.

Brief Take: You have such a captivating presence on Manifest, and yet there’s still so much to learn about your character, Saanvi.

Parveen Kaur: That’s the one thing that I like about my character Saanvi, is that we don’t see where her predictions or inklings really lie. Yes, she is a researcher, but she has so much compassion for Cal and the family as well. We see someone like Michaela who is very adamant that it’s faith and something bigger than us, and Ben is very much science and Saanvi, we don’t really know where she is yet, and she’s humble in that way, that she hasn’t projected her theory, I guess you could say. I like that about her. I like that she’s just focused on Cal. My hope for Saanvi is that we get to see her personal life. Right now she’s very much a part of the integral mythology of Cal, but I would hope that we get to see another side of her. I think that we will, and I hope that we do. I think that people will really like her. I just read episode 12 and it’s huge.

BT: Tell me about your experience working with your fellow cast members on the show.

PK: I mean, this is my first big show, I haven’t done anything remotely close to Manifest. I hadn’t had too many experiences in being close with a cast. I’d always been a character that is kind of in and out, and I keep hearing these stories and this idea that a cast gets along, and it’s not as common as we’d like to think, and it’s like “whoa!”, and I don’t even know, because I was like “well, my experience has not been that”. I don’t know how I would handle going to work with people that just didn’t like each other, but it happens. [laughs] I don’t really have a comparison of why it’s different, because it’s my first one, and I’ve gotten really lucky. We just all really like each other. We just like to hang out. We just all really like each other! I mean, Athena (Karkanis), Melissa (Roxburgh) and myself are Canadian, Athena is from Toronto, she’s a phenomenal actor, Josh (Dallas) has again spent so much time in Vancouver, and J.R. (Ramirez) is J.R.! He’s the best and just so humble and kind, and he’s worked a lot and we just all got along. I think that Jeff Rake, our showrunner, has done a really good job of keeping us in the loop, you know, going out for dinners and we have a group chat, we’re constantly talking, and we have these means of communications that are with each other that are always open and I think that’s part of the reason that we’re all working so well together. Also, there’s no egos, because we just got lucky! There’s no egos on set. I mean, that can change, who knows, we’re only in the first season, but I don’t know the answer to why we get along. It’s just some people mesh and some people don’t, and luckily we just happen to be on a show in which everyone meshes very well.

PK: And he’s just so experienced in this world. He’s done network TV and a big ensemble cast, and being in this industry for a long time, he definitely plays a fatherly role as well, you can call him at any time. If you have a question about anything, I know that I can call him and he will be there. And we all feel that way towards each other. And you know, again, J.R. is the only one from New York, everyone else is outsourced, so we just kind of have each other. We’re in this big city and I certainly don’t have a lot of people there, so I depend on my cast for that companionship.

PK: Oh, we are so privileged to be able to shoot in New York, it is not common for something like this to happen. It’s very difficult to shoot in New York. There’s already stuff shooting there, so there’s this element of permits and space and how much production they can have going on in the city. When we were shooting the pilot, there were whispers of “if we don’t get New York, where are we going to go?”. And then when we realized that we got it, it’s just this wave of we know that we are very privileged, and New York is kind of another character in the show. For me, as a Canadian coming from small town Canada to now live in New York, I mean my first scene I shot outside Manhattan. It was like a dream and we were very grateful. 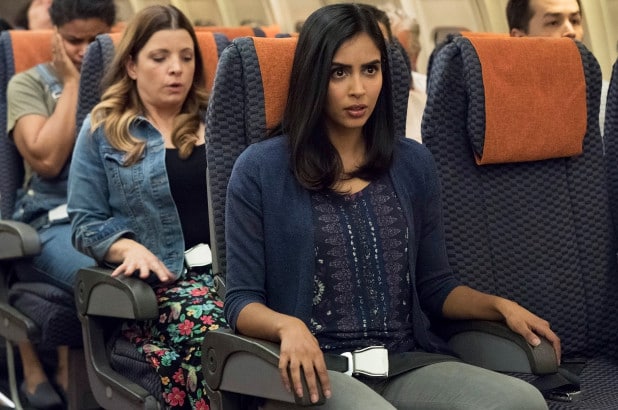 BT: Tell me about your work on The Strain.

PK: I mean, Guillermo Del Toro changed my life! That was my first job. I mean before that I had had one line. I definitely think The Strain was, in my mind, my first job.  And his sets were…I was like, if I don’t make it as an actor, I want to do set design. He’s such a master in that way, in creating that world, and I mean I got to work with Miguel Gomez and all these great actors. And I learned so much from Miguel and (J.) Miles (Dale), and that was one of the greatest experiences of my life, just the learning curve of it all. I’ve been very lucky.

BT: What’s something that we may not know about you?

PK: I had green hair up until Manifest, and even when I got Manifest, there’s definitely a different side and my personality isn’t one that the world gets to see too much of on screen, this free-spirited kind of person that didn’t become a doctor or a lawyer. I mean I didn’t even finish high school. [laughs] I mean I know I’m a commodity in my own community. And I think that you don’t get to see that, that much. I want to get to a point in which young South Asian people can see something different. I’m ready for people to start seeing a brown girl, and how I was raised, and not necessarily what people think we are. I left school, I left home, I bounced around and I’m ready for people to see that. I’m hoping to get a project that allows me to express that journey and what that might mean.

Manifest airs on NBC and City at 10/9c