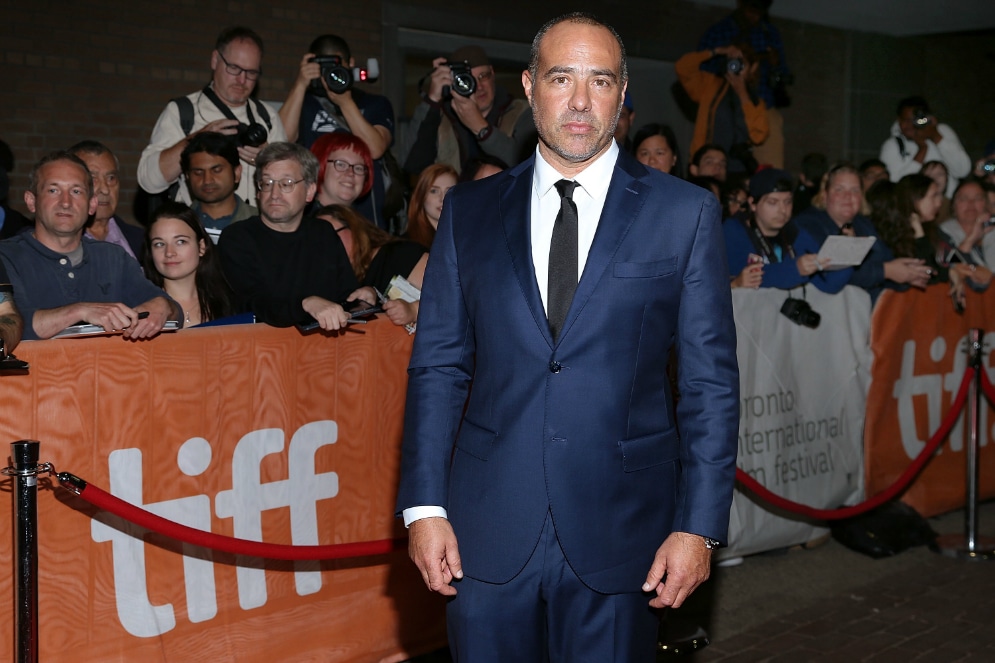 Director-screenwriter Peter Landesman is no stranger to bringing real-world, politically-tinged heroics to the big screen. The former investigative journalist for the New York Times magazine, Landesman is fascinated with lone wolves who courageously risked their reputations for the better good of America (see Parkland and Concussion as standout examples). In his latest film, Mark Felt: The Man Who Brought Down the White House, he adapts the man who came to be known as “Deep Throat”‘s memoir and explores his motivations for exposing the Watergate scandal to Washington Post reporter Bob Woodward.

We had the opportunity to speak with Peter Landesman prior to the film’s World Premiere at the recent Toronto International Film Festival. The following is a condensed and edited version of that international roundtable discussion.

What first drew you to the story of Mark Felt?

Peter Landesman: I mean the story of whistleblowers always fascinated me. You know Concussion was the same sort of narrative – lone wolf, truth-teller in the wild has always been attractive to me. The kind of reporter I was, you know, even when I was covering conflicts, I would always avoid hotels and groups and just wander off by myself. That cuts both ways though. It’s interesting to get stories no one else knows but it’s also lonely, dangerous and scary. I think that’s the kind of narrative journey I take as a filmmaker as well. The movie I wanted to make is the portrait of a man whose tapestry has many threads. No one does anything for one reason, that’s not how we’re constructed as creatures. He mostly wanted to protect the FBI from what he saw was a corrupt influence of someone who’s going to turn this institution into a weapon.And he was right about that. The issue going on with his family, his domestic life, his displeasure with the Nixon administration and the men who made it up because they were corrupt, grey liars. Yeah he hated all of that. But mostly it was about protecting the thing he was there to run.

How did you know Liam Neeson was the right man to portray Mark Felt?

PL: Liam, as a man and as an actor, he embodies integrity. His physicality is also kind of perfect for Felt. Felt was tall, lean graceful and a great dancer. Liam’s integrity as an actor, what we see and what he represents, is unimpeachable. It was so organic and such an easy decision. I sent him the script, I went to New York and showed him my previous films. We sat down in the Four Seasons and it was a done deal in ten minutes. I mean we both saw it. It was not a difficult decision.

The rest of the cast is quite exceptional as well. Can you talk a little about casting Diane Lane, Ike Barinholtz, Tony Goldwyn and the rest of the ensemble?

PL: Oh yeah, what an amazing cast. Diane’s a no brainer. She embodies a sort of ferocious frailty and she and Liam together were always going to be amazing. Ike, I love casting comedians in straight roles. In Concussion I cast Albert Brooks and Alec Baldwin. Comedians in straight roles give you something you can’t get out of a dramatic actor. Ike is funny as shit and I specifically wanted a comedian in that role, someone like him. Michael C. Hall, he’s the lead in almost everything he does and he’s great in this. Josh Lucas, Kate Walsh, every role has someone very deep and they were all people I wanted to work with.

Was All the President’s Men a reference point for you when shooting the film?

PL: I mean, to this day that film is extraordinary. It’ll live forever as one of the greatest films of all time. It’s undeniable that that movie was made and it was out there. I did not use it as a reference point because I wasn’t telling that story. To me it’s like Schindler’s List from the point of view of the American who liberated the camp, as opposed to Oskar Schindler. It’s geography and the same chronology, but it’s a completely different world. And I wanted this movie to have a completely different look. And at the end of the day I had to forget it. Alan Pakula is one of my heroes as a filmmaker and those performances, especially Redford’s and Robard’s, are untouchable. There are shots in All the President’s Men that I still can’t believe work. So yeah, you can’t wrestle with greatness.

Mark Felt: The Man Who Brought Down the White House opens on October 13 in Toronto (Yonge-Dundas), Vancouver (International Village) and Montreal. The film opens throughout the fall in other cities.