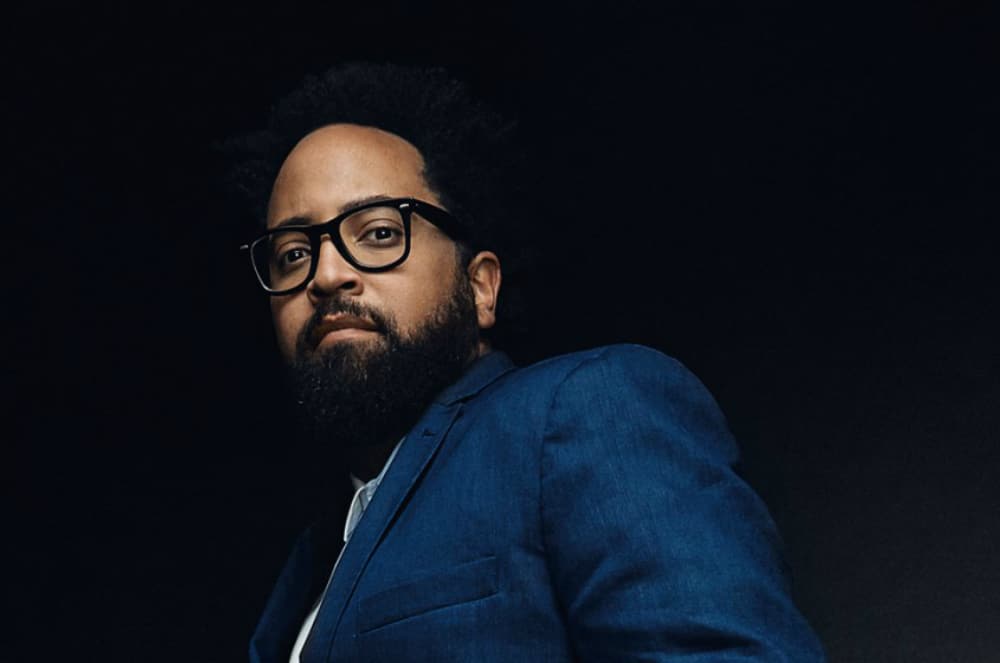 Speaking to Diallo Riddle is sort of like a chess match. He thinks and sees so many moves ahead, that it’s almost a matter of directing the pieces in the right directions. Our conversation was so complex and so all-compassing that in the editing process, we didn’t get the chance to include his anecdotes about his upcoming project South Side, which is set entirely on the south side of Chicago.

We did talk about South Side quite a lot though, and Riddle spoke extensively about his work with comedy partner Bashir Salahuddin on Late Night with Jimmy Fallon, the upcoming season two of Marlon (which premieres June 14th), his work on The Last O.G., and finally his upcoming IFC sktech music show, which was announced a mere few days before we were scheduled to speak.

Here is a condensed and edited version of our interview with the Harvard-educated and loquacious Diallo Riddle.

Brief Take: What was the response to the History of Rap like?

Diallo Riddle: Back in those days, NBC didn’t like putting Fallon clips on YouTube, so all of those views are lost. I remember something like 20 million, 30 million views and they’re all gone. Original views are lost because they were trying to take down YouTube clips and direct everyone to nbc.com. Nowadays, as you know, everyone has a YouTube channel and they brag about their numbers. So I feel that, to a certain extent, the original History of Rap is like a 1920’s lost film, because we don’t know how many hits we would have gotten, but I imagine that it would be in the six figures right now, or even nine figures. Math is not my strong suit. But the cultural impact is still there, so between that, Slow Jam the News and a lot of other work that we did with Bashir, like the Hubble Gotchu guy with like Space Travel and the Yankees, we had a lot of fun when we were there. We got to play a lot of fun characters and just be a part of late night history, because we’re students of the game, you know, before we even got to Fallon we watched the old Dick Cavett show on DVD, and Letterman was a little before our time, but Letterman was popular when we were in college. We got to be a part of that history and that’s something we value.

BT: How did you come to get involved with Marlon?

DR: Well the sitcom work came about in the most random way. As was told to me, Marlon Wayans was having difficulty casting for the role of his best friend, a character named Stevie. And he auditioned his friends in the industry, a lot of actors he’d heard about, a lot of standups, and then someone referred him to an HBO pilot that Bashir and I had shot. And he saw that pilot and was like “I like that guy. He seems like a very capable straight man”. It was one of the best auditions and it was one of the only auditions I had ever done. The talent opposite me gave me a hug so I knew that it went well. I figured that they would use me for something in the season, if not the role I went in over.

So I got the call and suddenly I’m shooting a sitcom in front of a live studio audience, which wasn’t necessarily something I had set out to do in the beginning of my career, but once you’re doing it you realize that there is something really special about it. It is like you’re doing a play. And that automatic feedback from the audience is absolutely a drug. It’s hard to get out of your system. So whereas Bashir and I used to pitch single comedies to network and cable stations, I can absolutely assure you that going forward, we will have a multi-camera idea in our back pocket, because it’s so much fun. And I hope that Marlon goes on for eight seasons. I would also like to write a multi-cam with my writing partner, as the format is used in everything from The Big Bang Theory to Roseanne. Audiences still like to laugh, and I think that sometimes people in our industry like to look down on a multi-cam, but I point out that Seinfeld was a multi-cam, Cheers was a multi-cam, The Cosby Show back in the day, the same multi-cam format. These shows were all really hilarious, so the idea that a multi-cam can’t be as sophisticated as a non multi-cam is wrong. 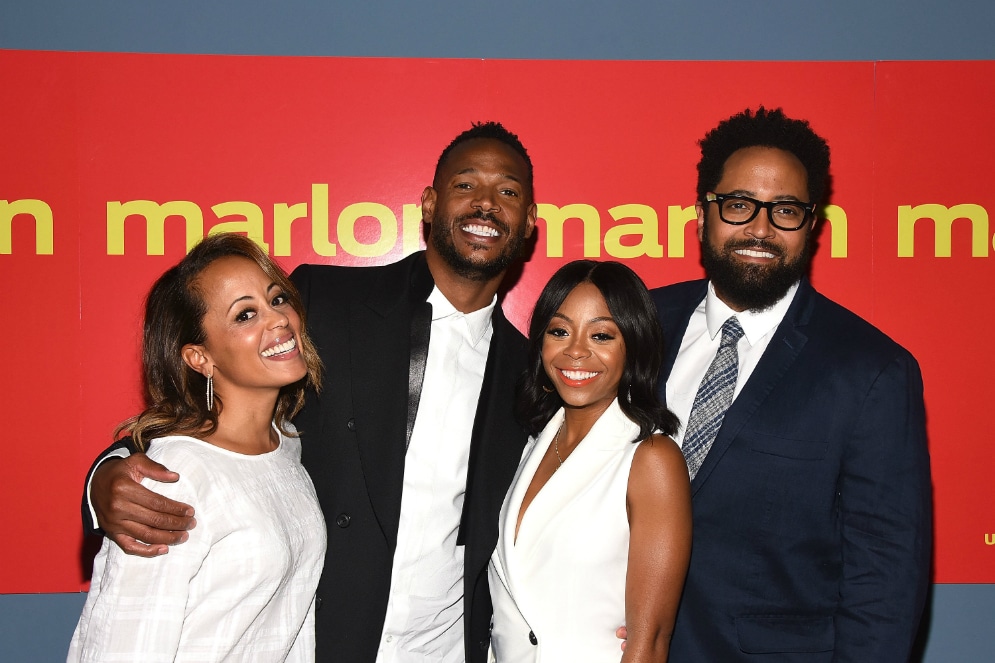 BT: Can you tell me about your work on The Last O.G.?

DR: We’ve always wanted to work with Jordan [Peele]. Jordan was the one who reached out to us and said “I’d love to have you work with me on this project we’re doing with Tracy [Morgan]. We met Tracy and he had a very specific idea about what he wanted The Last O.G. to be. He said he wanted the tone to run all over the place, and some things to make you laugh out loud and some things to make you cry, and with the support we got from TBS, I think that we’re allowed to do that. I think that the show is unique, and again, it’s not a show that would have existed ten years, which makes it exciting to write for. Then on a personal level, my parents turned me on to black and white movies as a kid, and I’ve always been very grateful. One of our favourite movies to watch was obviously the classic Casablanca, so when we were crafting episode 4, which is the Swipe Right episode, and I think a really solid episode, I specifically worked in Casablanca. [laughs] The Casablanca easter eggs that are in that episode is something for which we are very proud. I’m glad that we were able to get Tiffany Haddish when we got her, but for anyone who knew her, it was inevitable. Our very first HBO pilot, which we shot way back in 2013 but started developing in 2012, that particular pilot was called The Reporters and we tried to convince HBO executives, “hey, let one of the love interests on this show be Tiffany Haddish”. One of the executives in particular was on board but the others didn’t think she was quite right. We knew Tiffany was going to blow, so sometimes it can be frustrating that you know someone is primed for stardom but you have to convince people at networks that her name isn’t big right now, her name isn’t one of these other names you’re throwing out to us, but she’s a star. It’s kind of one of my regrets because we knew she was going to be huge.

BT: What makes you most excited about your recently announced project, Sherman’s Showcase?

DR: We finally get to do a sketch show with music at its heart. The wonderful thing about it is that we had great ideas all along the way, all throughout our careers, ten years ago, and most of our ideas wouldn’t fly because we were working for broadcast. Now we’re in a safe cable space where some of those edgier ideas, some of thos wilder ideas, have a place to live. So whether it was working with Jimmy or working with Maya Rudolph, or working with Drake, no matter who we were working with, there were always ideas that were “not ready for prime time”, as Lorne Michaels would say. Now we have a place for some of these ideas to live and call back to collaborators we’ve worked with in the past, who will come back and have cameos on this show, in addition to those we’ve never had a chance to work with, because we never had the right vehicle for it.

We hope that our show is every bit as revolutionary or culturally significant as the shows that we grew up watching – SNL, In Living Color, Chappelle’s Show, and IFC has been wonderful in supporting us the whole way. That show will debut some time in 2019. John Legend is someone we’ve known for a long time and never gotten a chance to work with. I’m married and our wives are friends and we have been social friends for a long time now, and probaby going back to at least 2011. He and I have always been like “we’ve got to work on something together”. When a sketch comedy based on music comes along, you’re like “John, this is literally up your alley, this is all the stuff we’ve been drinking wine and laughing about”.